Find your space in Sweden’s nature: 7 national parks that will soothe both body and soul

A tenth of Sweden is covered by national parks and reserves, so you’re never far from nature – even when you’re in the city. Here are some of Sweden's best national parks...

A tenth of Sweden is covered by national parks and reserves, so you’re never far from nature – even when you’re in the city. And as the great outdoors good for the soul, it’s no wonder Sweden is regularly listed as one of the world’s happiest countries. To spread the feel-good factor, here are seven of our favourite Swedish national parks… 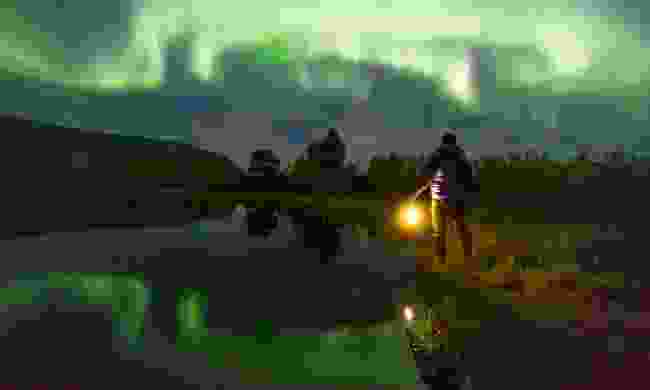 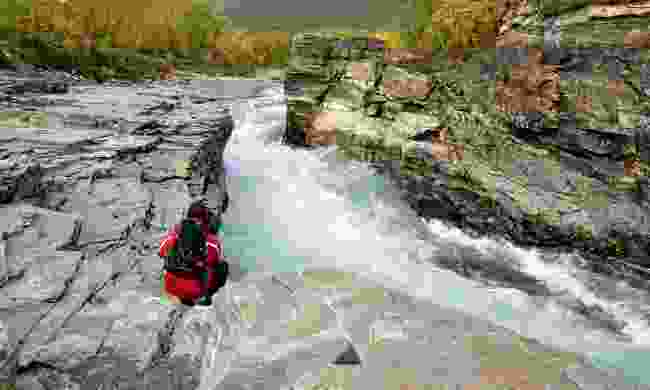 Deep within the Arctic Circle, Abisko National Park in Swedish Lapland is a classic patchwork of undisturbed landscapes: a carpet of moss-green boreal forest lorded over by snow-dusted mountains, while glassy lakes fed by gushing streams and waterfalls offer perfect reflections. Nature has flourished this far north, but its remoteness doesn’t mean it’s off limits. In fact, direct overnight trains from Stockholm make Abisko surprisingly easy to reach, yet so few still visit. Those who do come in hope of seeing the Northern Lights, such is the park’s reputation as one of the best places in the world to witness nature’s greatest lightshow. While the Aurora is the main attraction here during the winter season, the park is not a one trick pony. Husky sledding and snowmobiling offer alternative ways to explore the tundra during winter but in summer hiking is king. A number of walking routes encompass some of Abisko’s highlights, including Sweden’s clearest lake Trollsjön, while the country’s longest trail Kungsleden (King’s Trail) begins here. All of these eye-pleasing landscapes deserve to be caught on camera and Photowellness tours in the park aim to mix photography with relaxing activities such as Samí yoga, as well as bringing more of the landscapes around you into focus. 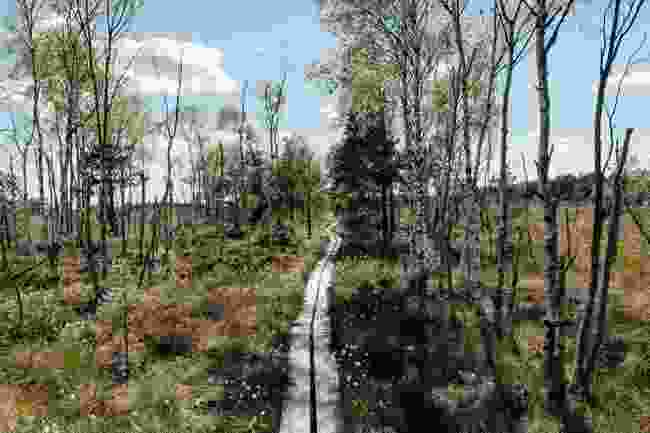 At first glance, the bare marshlands of Store Mosse National Park look more like a backdrop for a Nordic noir TV programme. But there is something enchanting about its barrenness, its mist-shrouded magic cloaked in empty silence. It’s the largest bog south of Swedish Lapland (Store Mosse translates as ‘Big Marsh’), yet lies only a two-hour drive from Gothenburg in the province of Småland. To begin with, this desolate expanse may seem bewildering but the informative Naturum visitor centre sheds light on the 40km network of trails, many of which are raised boardwalks directly over the bog, that thread this wilderness. Keep your eyes peeled for moose, roe deer and foxes as you wander but where Store Mosse really excels in the wildlife department is with its birdlife. Many different species can be spotted year-round, from whooper swans paddling Lake Kävsjön in spring as ospreys scan for fish overhead, while the Naturum centre supplements the diet of golden and white-tailed eagles during the tough winter months. If you want to escape the trails, guided snowshoe walks (even in summer) give you a closer glimpse of rich plantlife and 25 species of dragonfly, while a selection of cabins allow for overnight stays so you can explore further. 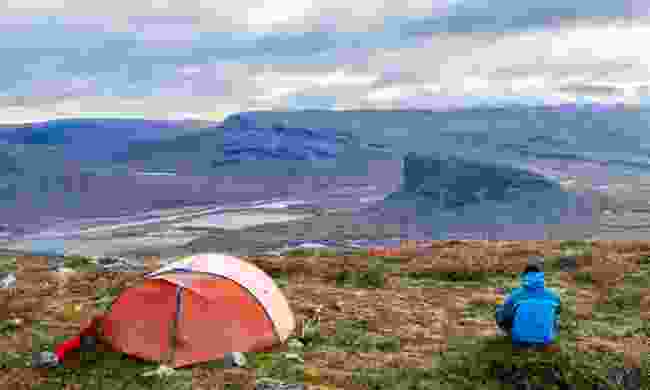 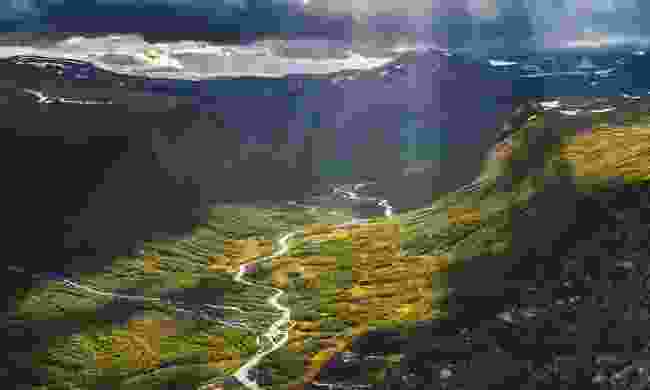 Hugging Sweden’s western border with Norway, the 9,400 sq km of UNESCO-protected Sarek National Park is a huge wild tapestry of cloud-baiting saw-tooth peaks (many of which top 2,000m), icy glaciers hemmed in by valleys and unending alpine tundra. It’s labelled as Europe’s last true wilderness – you can only reach it on foot or by helicopter, there are barely any trails to follow and not even a single mountain hut to take refuge in. Established in 1909, Sarek is Europe’s oldest national park and the world’s largest wilderness still cultured by its native people, the reindeer-herding Sámi. They’re virtually guaranteed to be the only people you see in Sarek – in fact, you’ve probably got more chance spotting bears, wolverines and lynxes patrolling the tundra than another person. Though Sarek is a challenging landscape that should only be entertained by experienced walkers or on a guided hike, the rewards of having a pristine Swedish Lapland landscape to yourself are obvious. This is Sweden at its wildest. 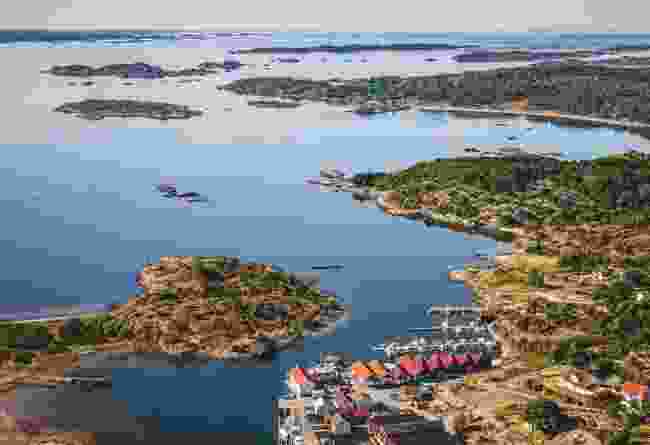 Not all of Sweden’s natural treasures lie on land. Trace West Sweden’s western coastline north from Gothenburg and you’ll eventually reach Kosterhavet National Park. Established in 2009 as Sweden’s only national marine park, the gin-clear waters of Kosterhavet harbour a remarkable 6,000 species – over 200 of which can’t be found anywhere else in Sweden – of aquatic flora and fauna. Snorkelling and diving are the best ways to experience this underwater fantasia, where you can glide among brown algae forests, eelgrass meadows and all manner of cold-water corals and sponges. The 200m-deep Koster Fjord, which cuts right through the park, means coral usually found much further out in the deeper waters of the Atlantic thrive here, too. Kayaking gives you an alternative perspective of this watery wonder, as well as the opportunity to watch for eider ducks and black guillemots overhead and breaching porpoises and seals on the water’s surface. Even the Koster Islands, which speckle the marine park, have plenty of scenic hikes leading through their grasslands and rocky valleys to quiet beaches and viewpoints. 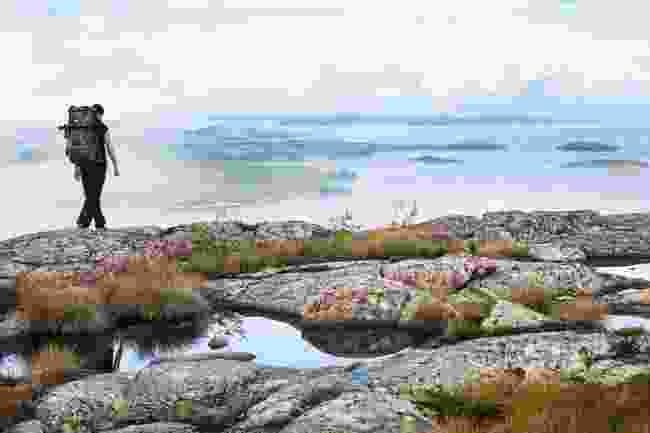 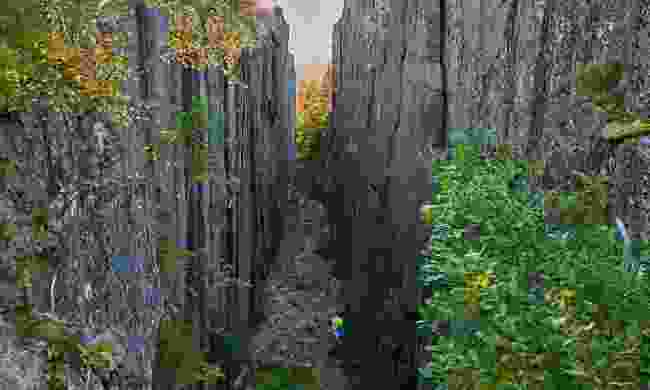 In a country that isn’t known for its larger-than-life landscapes, Skuleskogen National Park does them rather well. Nowhere are the highs and lows of nature more glaringly apparent in this wild mosaic on Sweden’s east coast, with emerald spruce forest valleys, shimmering lakes and vertiginous blush-coloured granite cliffs rubbing shoulders with one another. The latter forms part of the aptly named High Coast, which was shaped by retreating glaciers around 10,000 years ago and so gives an invaluable insight into how Sweden’s fringes were formed. It’s recognised as the tallest coastline in the world and still continues to grow at a rate of 1cm per year. A 30km web of trails provides a front-row seat to Skuleskogen’s landscapes, from boardwalks winding through the greenery of old-growth forests to epic panoramas of the Swedish coastline from atop its towering cliffs. Don’t miss a walk through Slattsdalsskrevan, a slender 200m-long crevice encased by 30m-high granite walls on either side dressed in mosses and ferns. It eventually opens up to a dramatic vista of pine forests and glittering sea views, leaving you with a larger-than-life grin. 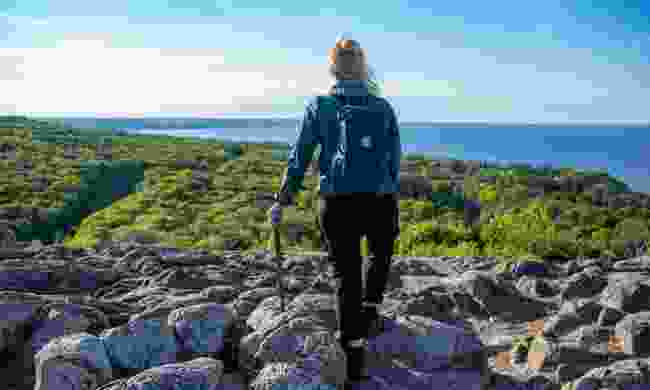 If Skuleskogen is Sweden’s land of superlatives, then Stenshuvud National Park in Skåne is its land of contrasts. Verdant woodland, cream-coloured beaches and rolling hills combine to make Sweden’s southernmost national park a unique blend of wildernesses in Skane county. Like many of Sweden’s other national parks, Stenshuvud is well stocked with walking paths to access its best bits, whether it’s past grazing livestock in its pastoral heathland or climbing its namesake hill to spy an Iron Age hillfort and gain sweeping views of Hano Bay. The park’s wildlife is just as unusual as its concoction of landscapes and as you tread its trails you could glimpse anything from martens to golden orioles. The most satisfying part of Stenshuvud is, after a day’s walking, rewarding your aching legs with a rest on its sandy beach or with a gentle swim in the millpond-calm waters. This is feel-good Sweden at its best. 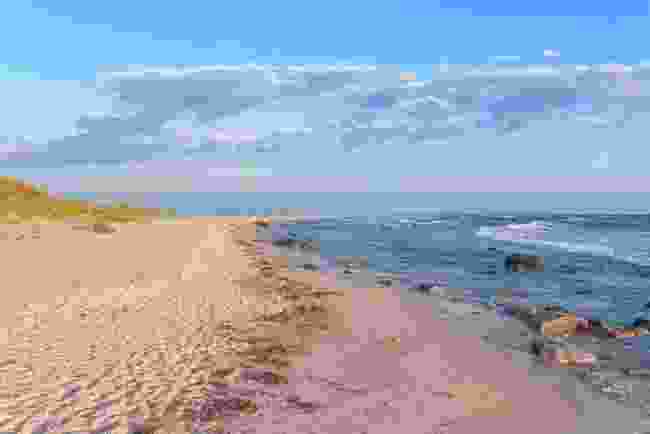 If seclusion is what you’re after, you’ve got it at Gotska Sandön National Park, a tiny uninhabited island floating in the Baltic Sea. Its isolated location forms much of its appeal, with its windswept beaches, tall sand dunes and pine-covered core probably as pristine as they’ve ever been. To reach it, hop on one of the ferries which operate from Faro island and Nynäshamn between May and September; there isn’t even a harbour, so you’ll have to dock directly onto the beach. An impressive 60km of trails vein the island so you can wander both through its centre and around the sand perimeter. Evidence of former settlers exists in the form of a trio of lighthouses and a chapel, but the lack of permanent human life affords you priceless intimate wildlife encounters. During the summer months you can witness grey seals basking on the rocks at Säludden, see oystercatchers and terns tend to their young on the beaches and spy parrots crossbills flocking to the pond at Kapellänget. Should you wish to wish to enjoy the tranquillity a little longer, there are rustic cabins you can bed down in.

Welcome to Sweden, when the time is right

Until the time is right for you to start travelling again, let us inspire you to visit Sweden. For more Swedish travel inspiration and to find out more about where to go, where to stay, what to do and what to eat in Sweden, head over to the Visit Sweden website.