The best of all worlds: 9 reasons South Korea should be top of your post-covid travel list

With nature, culture and history all on the cards, South Korea offers adventures as diverse as the country itself. It's shaping up to be a safe and exciting post-COVID-19 travel spot...

South Korea is an enchanting blend of mountain-pocked landscapes, millennia of chequered history and a culture that blurs the boundaries between the ancient and the modern. During this stressful period, let’s take a trip to this relaxing and peaceful place...

Here are just 9 reasons to visit...

2020 has been a challenging year for a lot of us, so it’s only natural that we yearn for calm-inducing wild escapes... 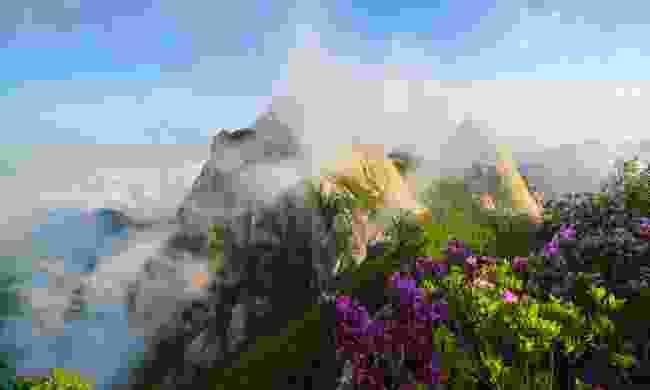 Many South Koreans love to surround themselves with nature and hiking is a national pastime that’s tightly woven into the cultural fabric. The granite peaks, lush maple forests and gurgling streams of Bukhansan National Park make it a local hiking favourite. Its peaceful ambience belies its location – less than an hour’s subway journey away from Seoul. Prefer exploring on two wheels? South Korea has an impressive network of cycling routes, not least the Four Rivers Trail, where you’ll pedal past ancient relics, rustic villages and restaurants where you can stop to fill-up on local fare. 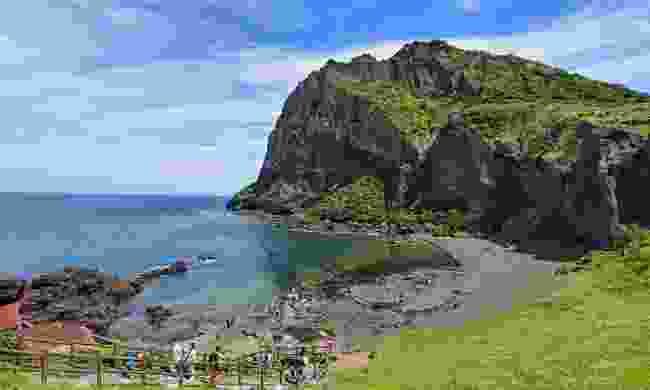 If you want an adventure in prime nature, look to the volcanic drama of UNESCO-listed Jeju Island. Its jade-coloured forests, cinder cones, lava tubes (which alone make up 10% of the island) and waterfalls make up a remarkable natural tapestry. There’s many ways to explore, from sunset hikes to Seongsan Ilchulbong’s peak to gentle strolls along one of the 26 routes that make up the coastal Jeju Olle Trail. 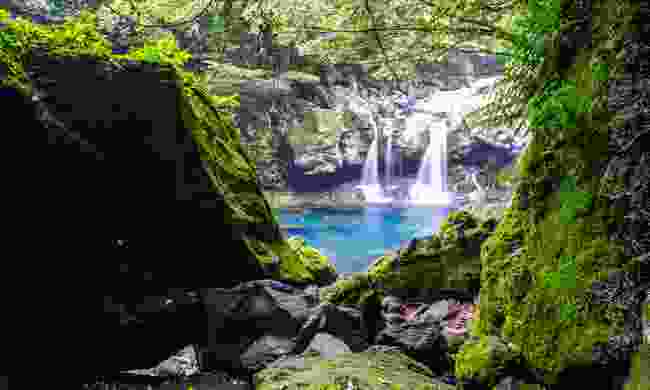 But escaping the pressures is also about renewing yourself and South Korea has plenty of nature-focused wellness getaways: wander the wildflowers and gardens of Jeju Herb Dongsan or try a spot of forest bathing near Busan.

South Korea’s culture is an intoxicating concoction of time-frozen ancient traditions and a contemporary mix of media, arts and music... 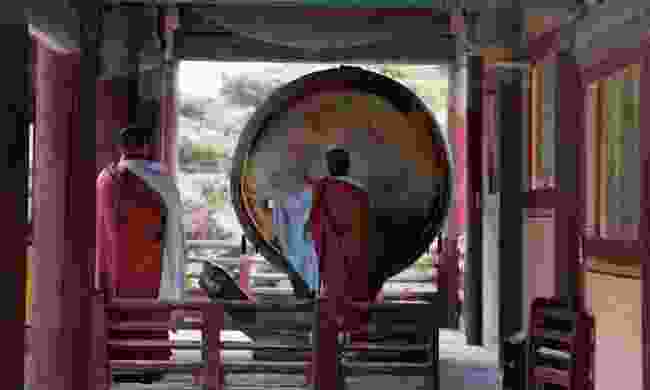 If you’re keen to absorb the country’s past, stay in one of its 900-plus temples. Korean Buddhism has been deeply rooted in its culture since the 4th century and the Templestay programme is a unique and immersive experience. Spend a couple of days shadowing a monk’s life, engaging in daily monastic activities such as a Buddhist service, Seon meditation and tea ceremony rituals. 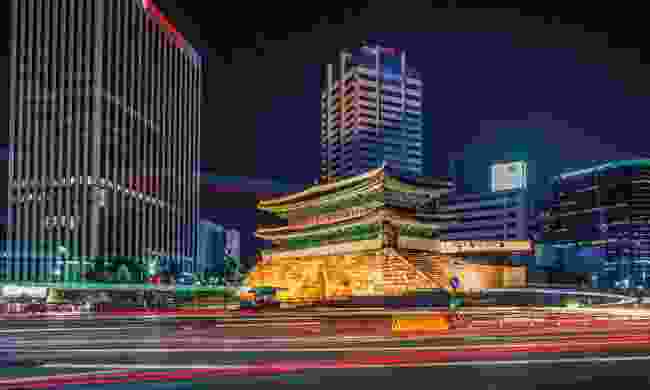 Hallyu, a term for the explosion of Korean popular culture since the 1990s, is a more recent phenomenon but no less significant to South Korea’s story. Find it on a tour of Korean film locations such as the setting of award-winning film Parasite, discover Korean musicals at Daehak-ro or embrace a K-pop concert. 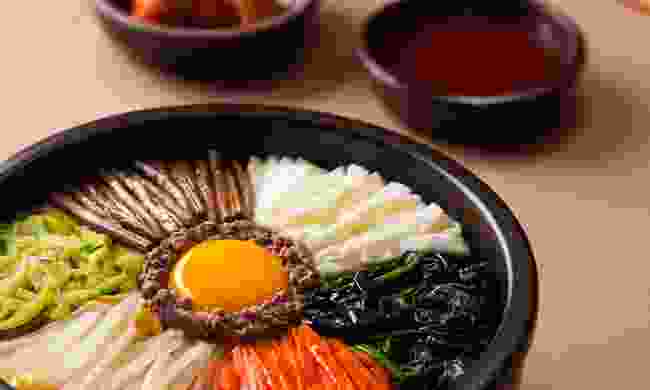 Utilising your stomach is another way to investigate Korean culture. Chow down on kimchi (fermented vegetables) and bibimbap (rice with namul greens and beef) at low tables in traditional restaurants, snack on tteokbokki (spicy rice cakes) and gimbap (sushi rolls) at street markets or make a beeline for the country’s latest food craze: dessert cafés to pair a coffee with any number of sweet treats, like hangwa (traditional cookies).

With 5,000 years of history, the Korean peninsula’s story has more pages than most… 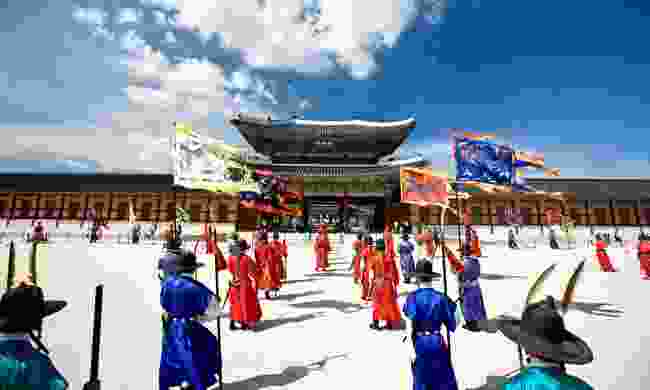 Many royal kingdoms have ruled throughout its past, but it’s the Joseon dynasty (1392-1910) that has left the largest legacy. Seoul was appointed the kingdom’s capital and a quartet of well-preserved royal palaces from the era remain, each of which offer a glimpse into one of Korea’s most historic periods. 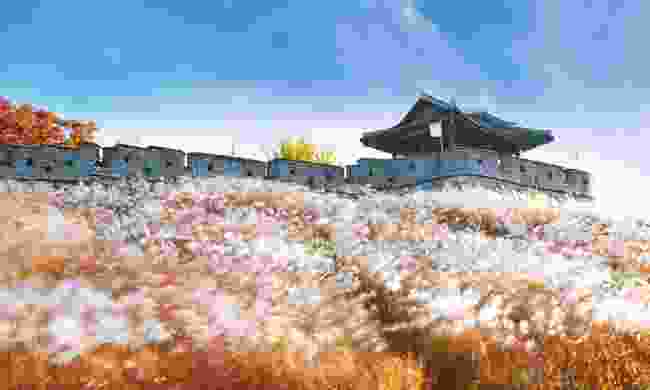 To see how everyone else lived, Bukchon Hanok Village is a Joseon settlement filled with Seoul’s largest collection of hanok (traditional homes), which still bustle with local life.

The Joseon dynasty’s influence extended far beyond Seoul and many of these UNESCO-protected landmarks are worth visiting. The stone and brick walls, gates, pavilions and towers of Hwaseong Fortress stand guard around Suwon, while Hahoe and Yangdong are folk villages whose straw-thatched roofs, rural vistas and endearing gardens make them well worth a wander. 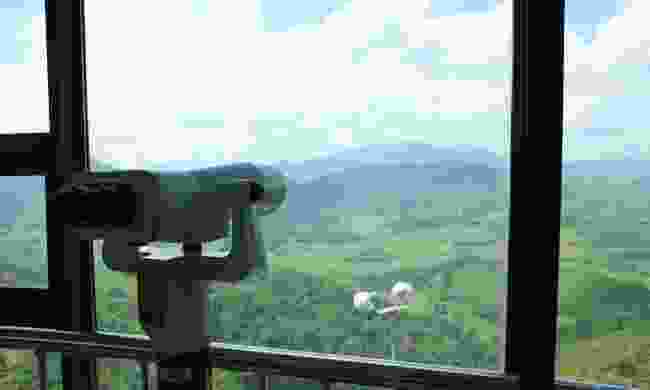 Fast forward to the 1950s and the Korean War brought the simmering tensions of the north and south to a head. Today, the peaceful demilitarised zone (DMZ) that has separated North and South Korea since is a surreal experience for visitors. Spend a day exploring the truce village of Panmunjeom, seeing the brightly coloured pinwheels of Dorasan Peace Park and walking the infamous Third Tunnel. Book in advance – you can only visit the DMZ on guided tours with approved agencies.

However you want to spend your time, with such a diversity of adventures here, you can truly experience the best of all worlds.

Know before you go

British Airways, Korean Air and Asiana Airlines fly direct (12.5 hours) from London Heathrow to Incheon Airport, the main gateway to South Korea. South Korea’s public rail and bus networks are extensive and very reliable. At the time of writing, visitors will be given a free COVID-19 test on arrival.

For the latest covid-19 travel advice, and for more South Korea travel inspiration, go to: english.visitkorea.or.kr