Wanderlust's ultimate guide to the wildlife of Florida

The Beaches of Fort Myers & Sanibel is a region of Florida overflowing with wildlife. We sent presenter and biologist Patrick Aryee to check it out. Read on for his complete guide to wildlife spotting...

The Beaches of Fort Myers and Sanibel, on Florida's southwestern coast, is known for three major wildlife groups: marine life, reptiles and birds. As you stroll the shores or explore the mangroves, it's impossible to miss these majestic creatures, from elegant manatees that swim just below the surface, to candyfloss-coloured roseate spoonbills that tread carefully through the shallows.

Read on for the Wanderlust guide to wildlife in Florida... 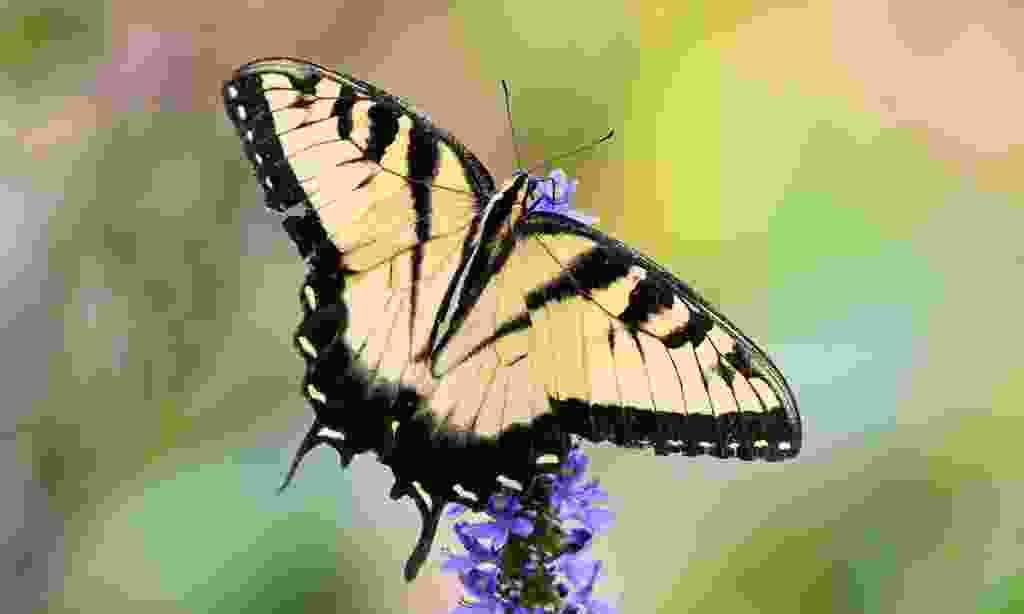 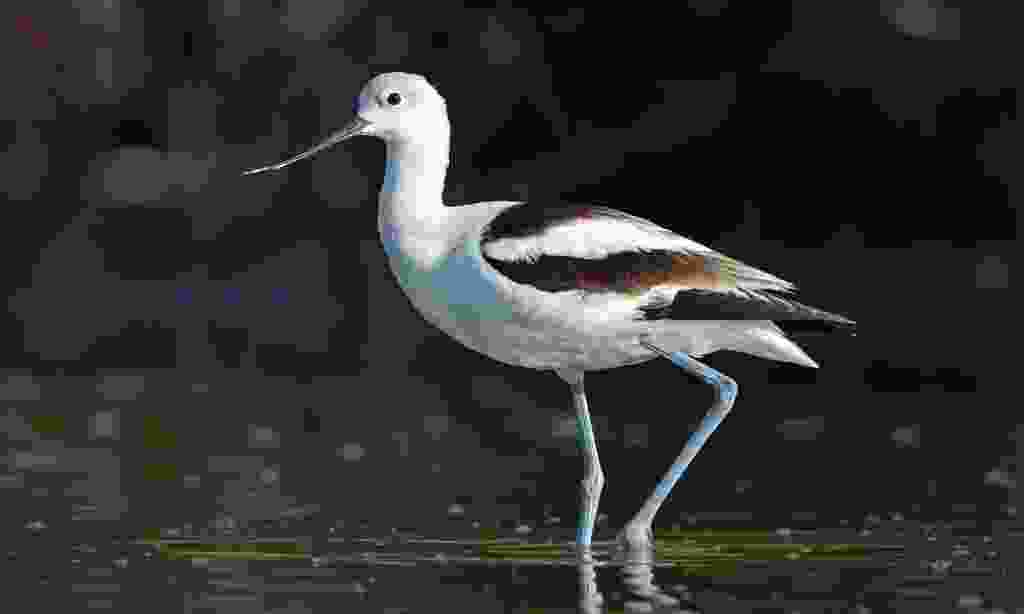 Where and how to spot manatees Also known as sea cows, the gentle and sedate nature of manatees puts them pretty high up on the list for many wildlife lovers. The West Indian Manatee (also known as the North American Manatee), is the largest of the four species alive today and the one you’ll most likely encounter during your time in Fort Myers.

Despite the fact they can grow up to an impressive four-metres long and weigh up to 600kg, they’re remarkably inconspicuous.They’re experts at quietly rising to the water’s surface for a quick breath of air, before sinking down again in a blink of an eye. Their grey skin, which can also appear green from a build-up of algae, sometimes makes them difficult to see, particularly in mangrove areas where they blend in with the colour of the tannins that leech out from the roots of the trees. 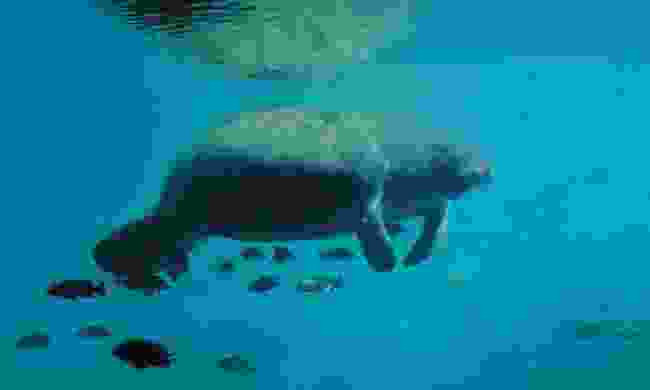 Snorkel with these creatures at The Beaches of Fort Myers & Sanibel

With this in mind, you might have better luck in the clearer, more open waterways. If it’s rained recently however the murkiness will make it difficult to see them for any extended period of time.In the summer Lovers Key State Park offers the best sightings, whereas in the winter you’ll want to go to Manatee Park or head inland to either Orange or Caloosahatchee River. 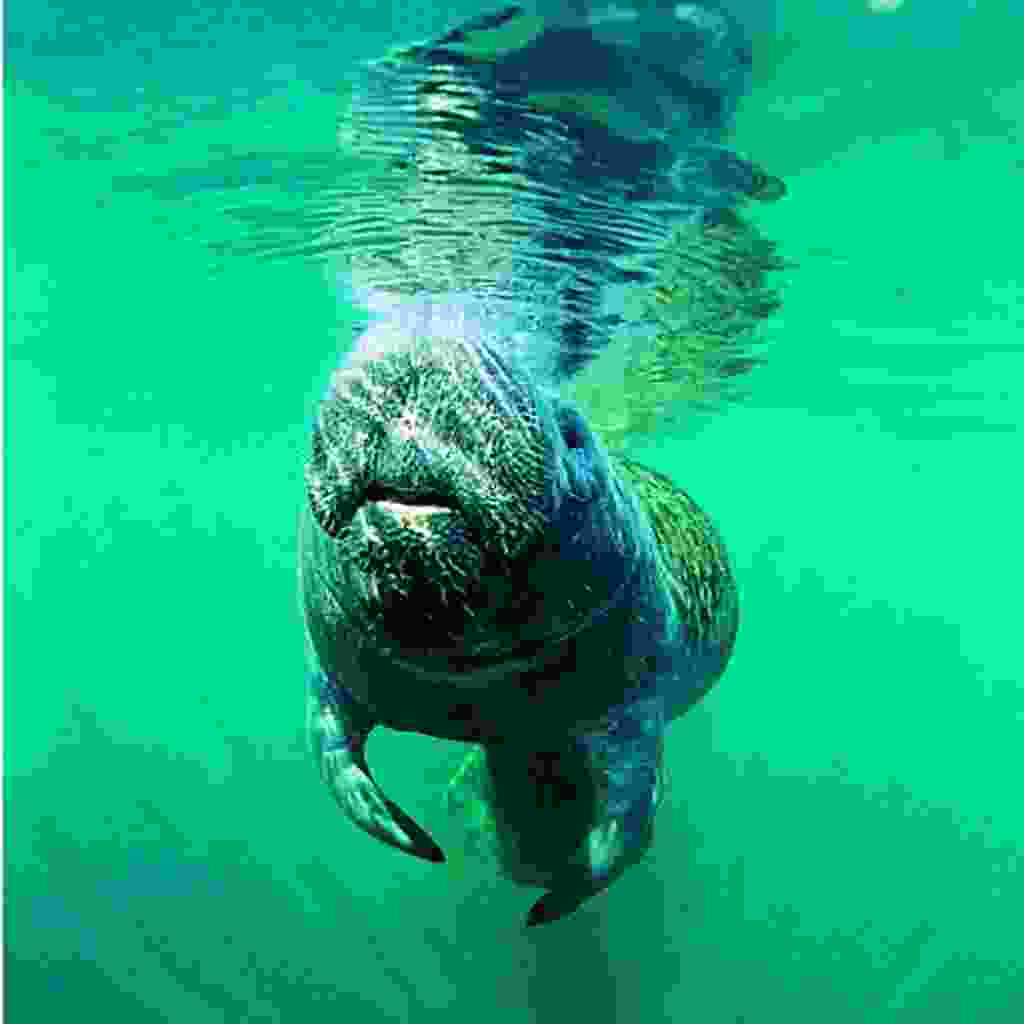 Invest in some polarised sunglasses, and if you’re a photographer, a polarised lens. This will reduce the reflective glare of the sun and make it easier to see through the water. 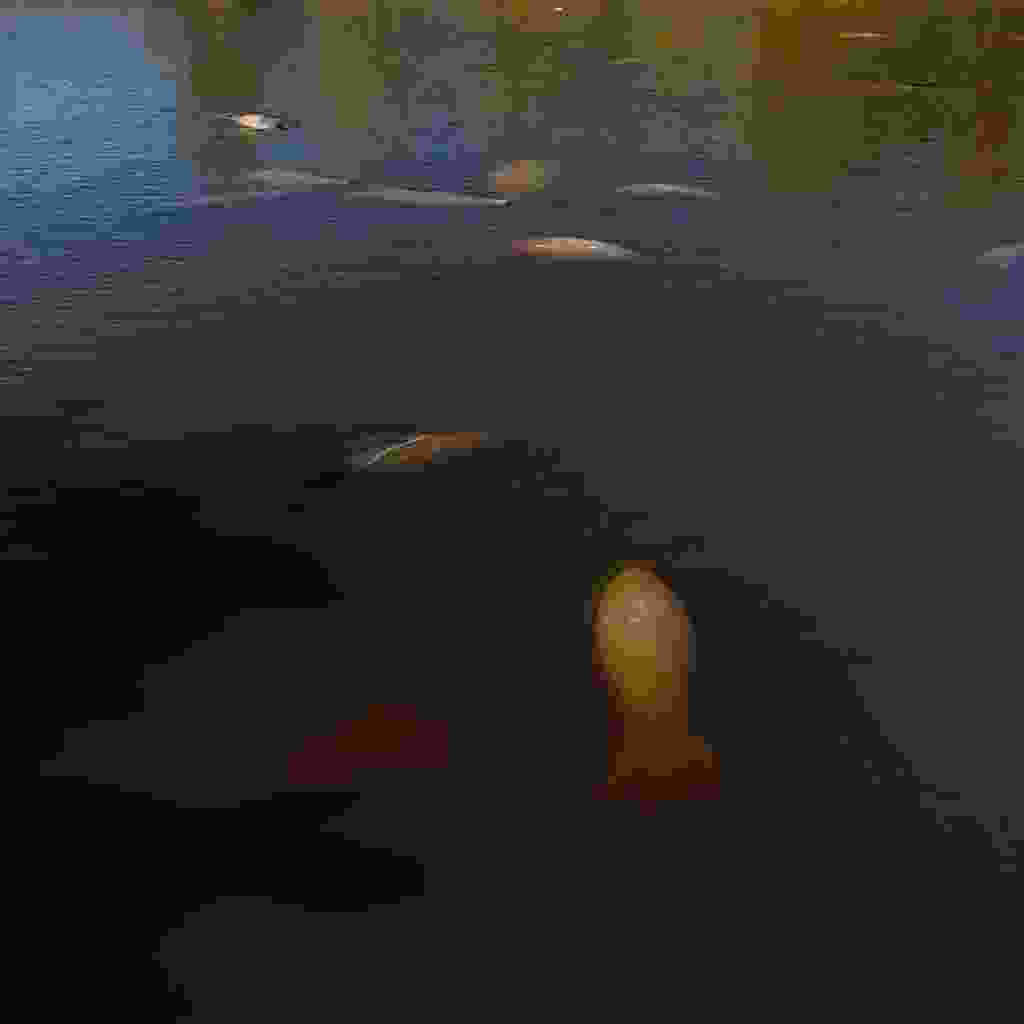 Keep an eye out for bottlenosed dolphins 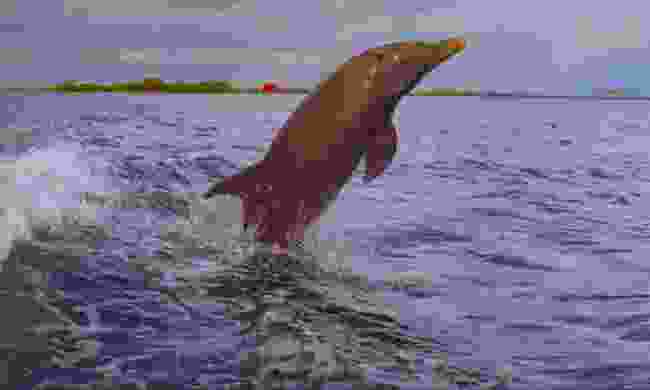 Another charismatic marine mammal you’ll no doubt want to see are of course bottlenose dolphins. Out on the open water of Pine Island Sound is where you’re most likely to see them, as well as further south in Estero Bay.  Southwest Florida is home to one of the highest concentrations of bottlenose dolphins. Add the fact that they have distinct home ranges, these cheeky characters are year-round residents; although for a chance to see mothers with their young, spring and summer is best. 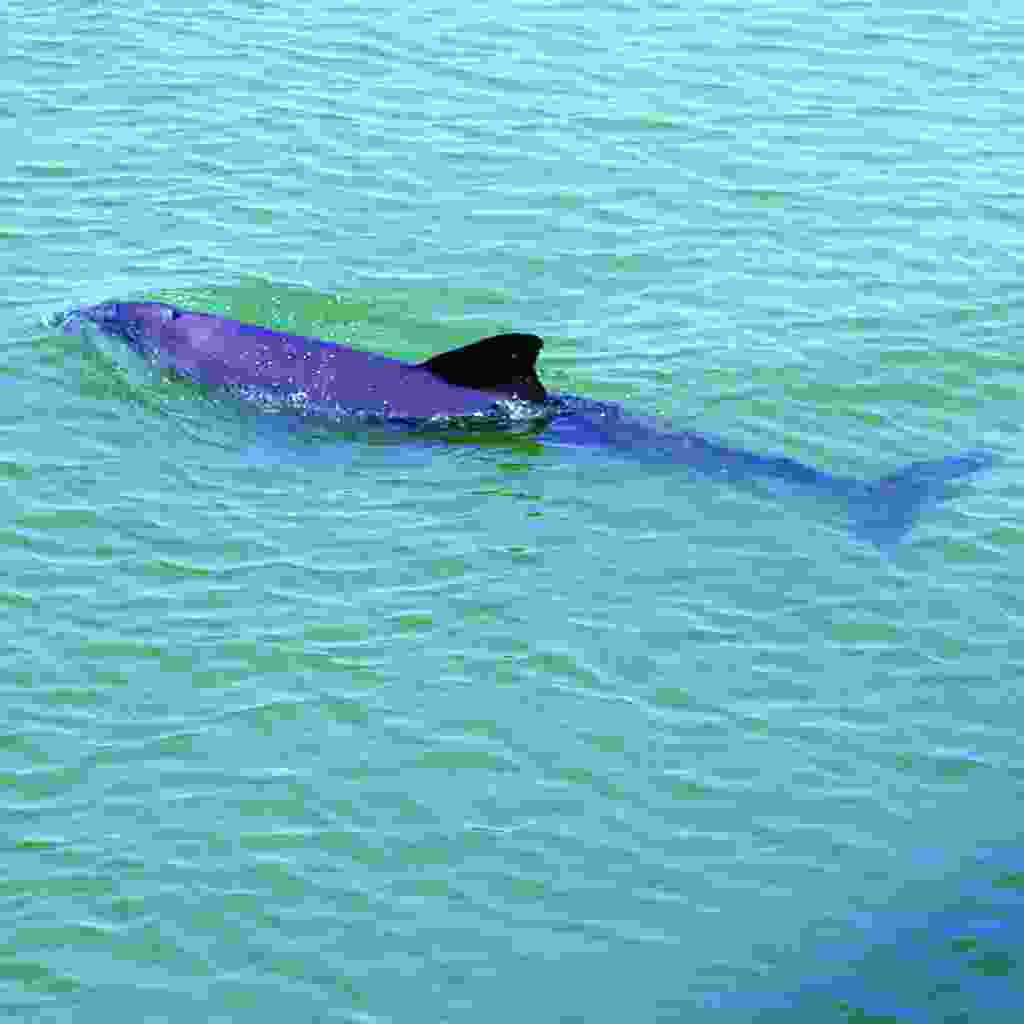 Keep an eye out for the Lady Chadwick, a charming 65-foot ferry that cruises between the islands.  Dolphins are often seen riding her bow wave, much to the delight of the passengers and passing boats. 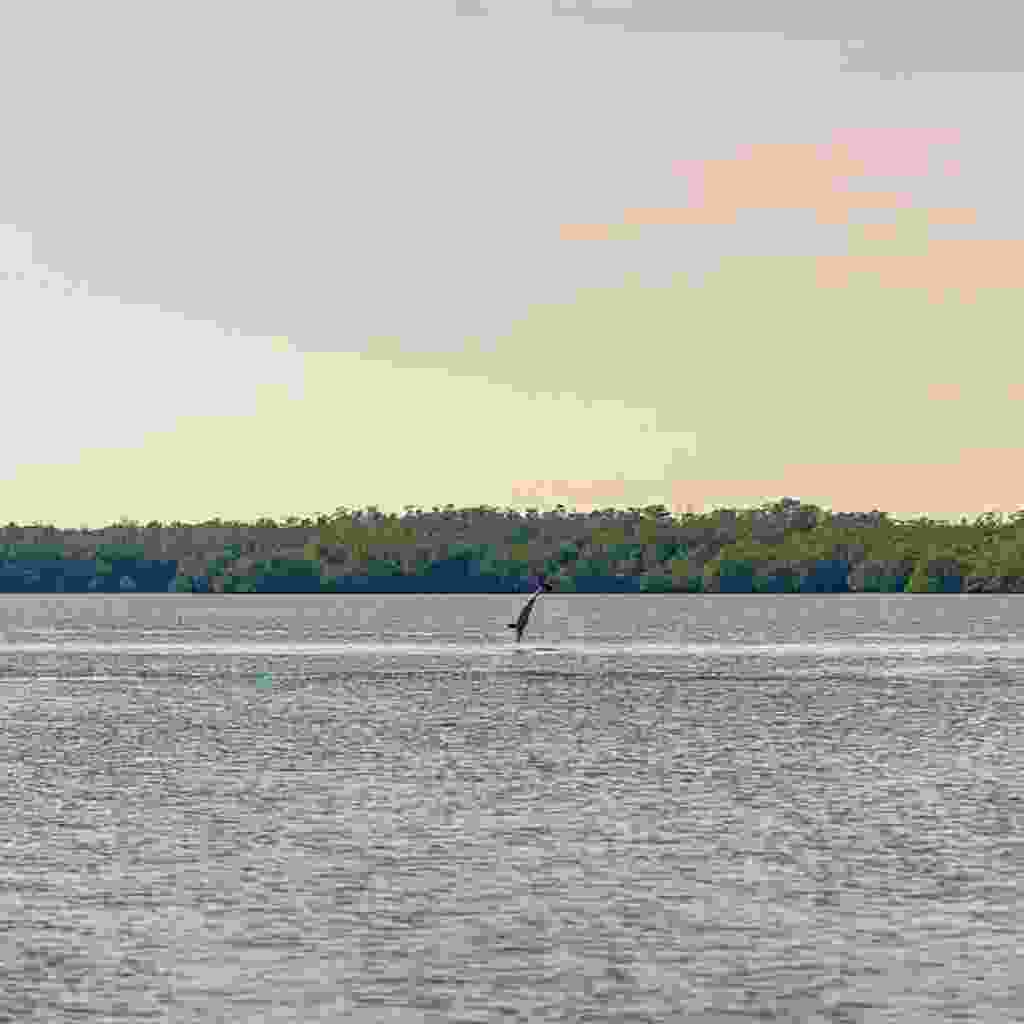 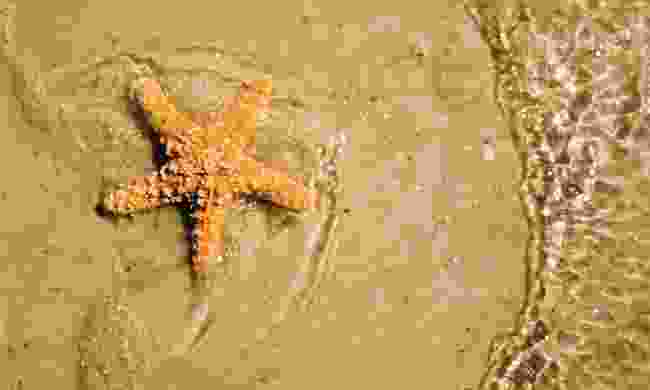 A healthy ecosystem always consists of a complex food web and Fort Myer's ecosystem is no different. Expect to see any array of marine life, including gigantic sea stars, cassiopea and sand dollars - a type of burrowing sea urchin.

Filter feeding bivalves, like mussels, clams, scallops and oysters become strangely mesmerising once investigated up-close and make great subjects for macro-photographers, especially during low tide. But beware, a sinister predator lurks in the shallows, that devours its prey by eating them from the inside out. Luckily for us humans, I’m referring to another mollusc, the Lightning Whelk. As a gastropod it moves along on its ‘foot’, much like a land snail, searching for bivalves. Once it locates its prey, it uses its powerful foot to pry open the shell with the edge of its own. 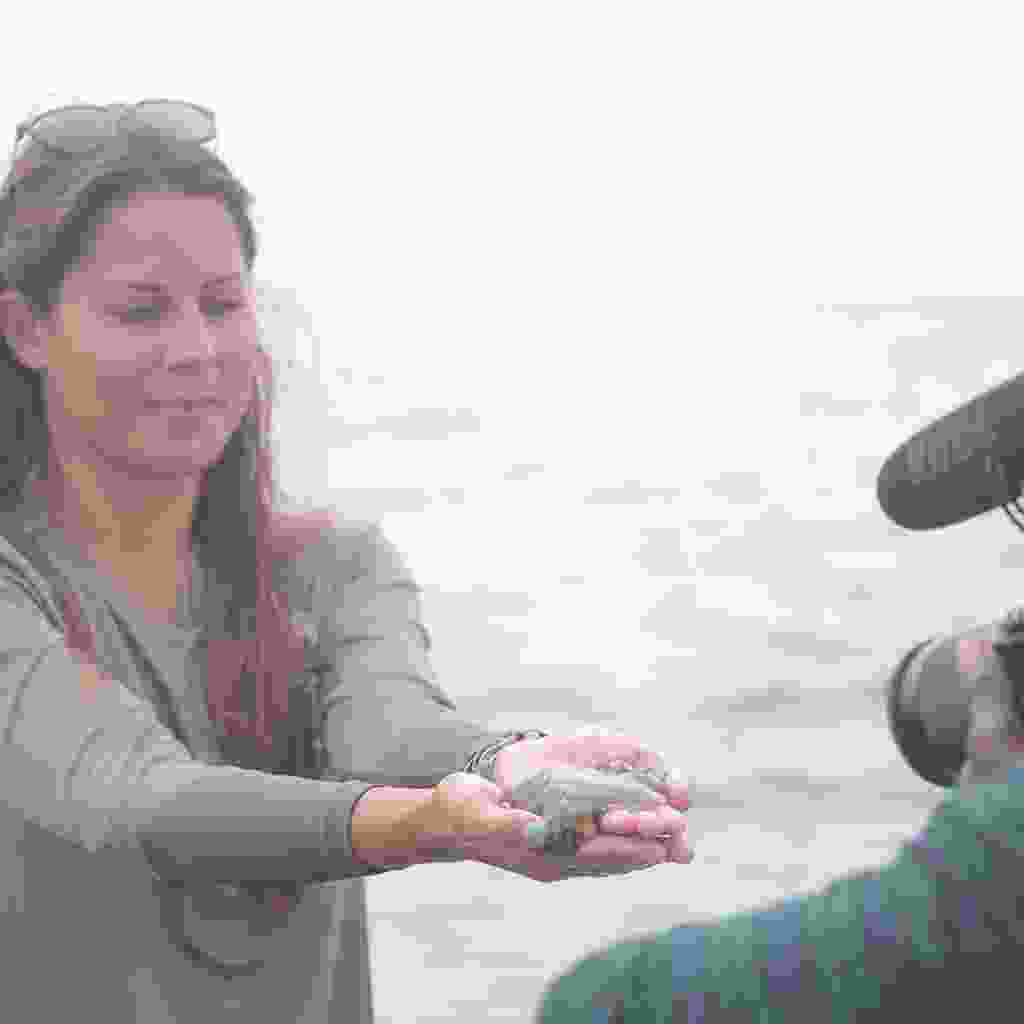 Book a wildlife tour with marine conservationist Stef Plein of New Wave Eco Charters. She’ll talk you through the marine ecosystems of Fort Myers whilst skipper Steve Plein shows you how to delicately collect a variety of fish, shrimp, seahorses, and crab species after which you can release them back safely to their watery home. 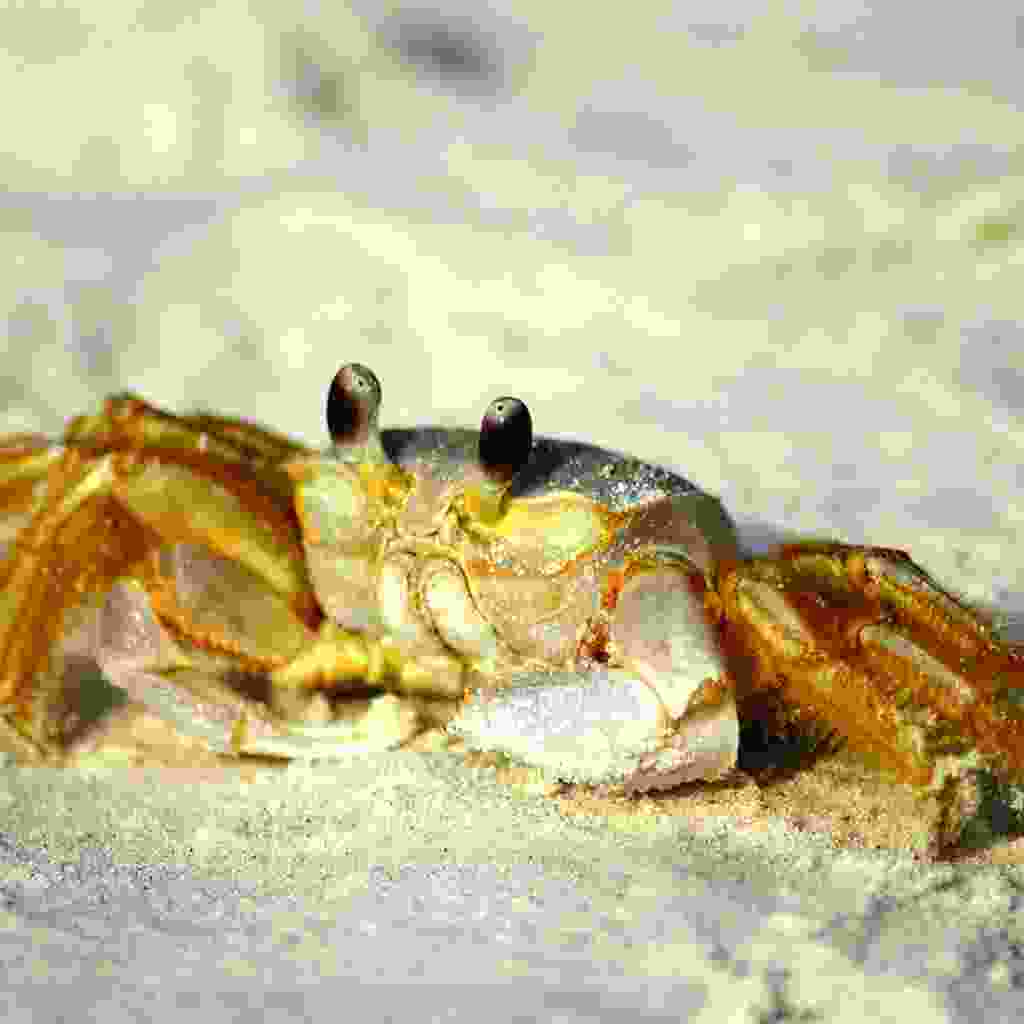 Time for a closeup

Look out for lizards 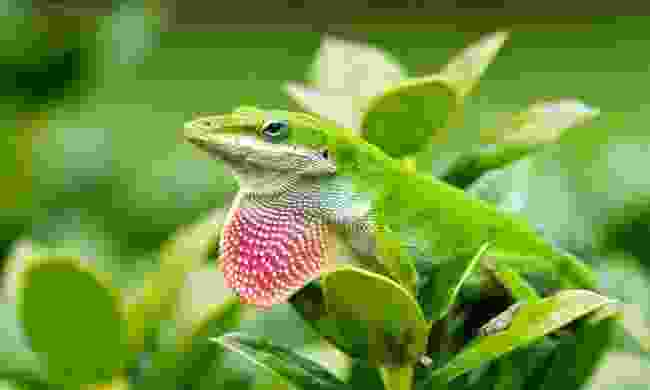 Look out for anole lizards (Shutterstock)

The beaches of Fort Myers and Sanibel are home to a plethora wildlife, including reptiles. The first you’re likely to see, basking in the sunlight, are green anoles. These lime-green lizards can change colour to reflect their mood and temperature. The green anole is one of 10 native species of lizard and easily recognisable.

There's also another lizard species that are often mistaken for snakes. Glass lizards look like snakes, because they have no visible legs. What's the difference? Lizards have eyelids as well as external ear openings, whereas snakes have neither. The eastern glass lizard can grow to over 70cm, usually found in sandy habitats and around wetlands. Be very careful if handling them – when agitated they can mistakenly drop their tails in defence.

You're likely to see alligators 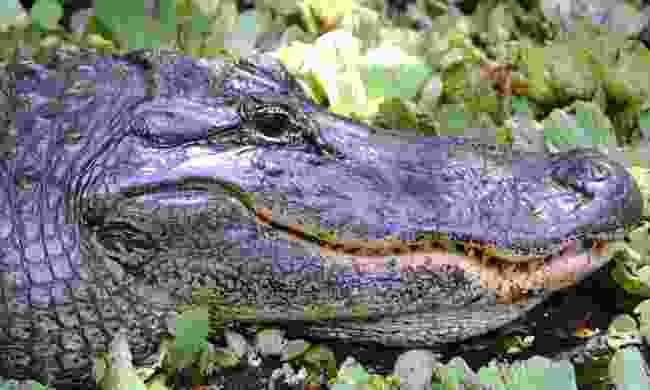 Other reptiles like alligators are widespread amongst the nooks and crannies of J.N. Ding Darling National Wildlife Refuge and Six Mile Cypress Slough Preserve. In fact, there are some 1.3 million American alligators over the state. Gators were once on the brink of extinction in the Sunshine State but aggressive conservation efforts reversed their decline. Don't let their reputation scare you off though: alligator attacks are rare. Just make sure you keep your distance (at least 20m) and never feed them (it's actually illegal). 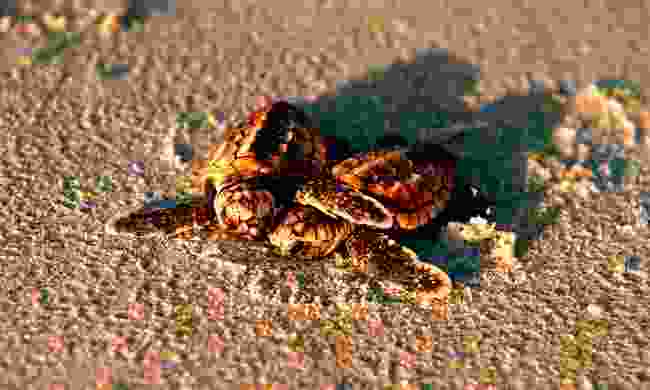 A pair of sea turtles

Reptiles sometime get a bad rep. But there’s one member of the family that will melt even the coldest of hearts: the loggerhead sea turtle. Adult loggerheads measure in at almost a metre in length and weigh approximately 135kg.  Only 1-in-1000 hatchlings make it to adulthood, with females only reaching sexual maturity after a minimum of 17 years, so seeing one nesting is a real privilege. 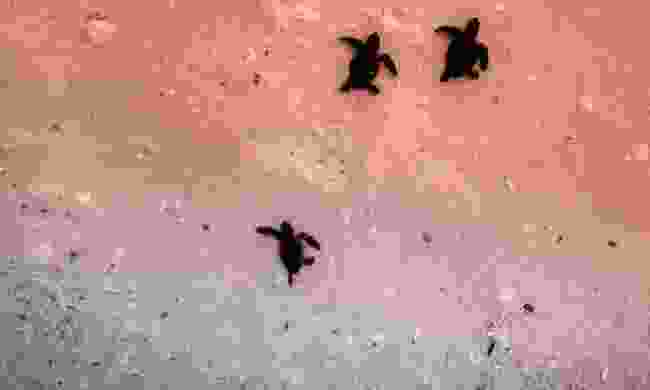 Sea turtles crawling to the Gulf

Their breeding season runs from May to October, during which time countless females make their way back to the exact same beach from which they themselves hatched, to lay their own eggs. Lee County has around 65km of suitable beach habitat, ideal for nesting sea turtles.

Much of this nesting activity happens under the cover of darkness. To prevent females or hatchlings from becoming disoriented, sea turtle conservation codes are strongly enforced. As such, the town of Fort Myers Beach regulate lighting on the beach during turtle nesting season: expect lower than usual mood lighting during beach dining to set a more intimate ambience. 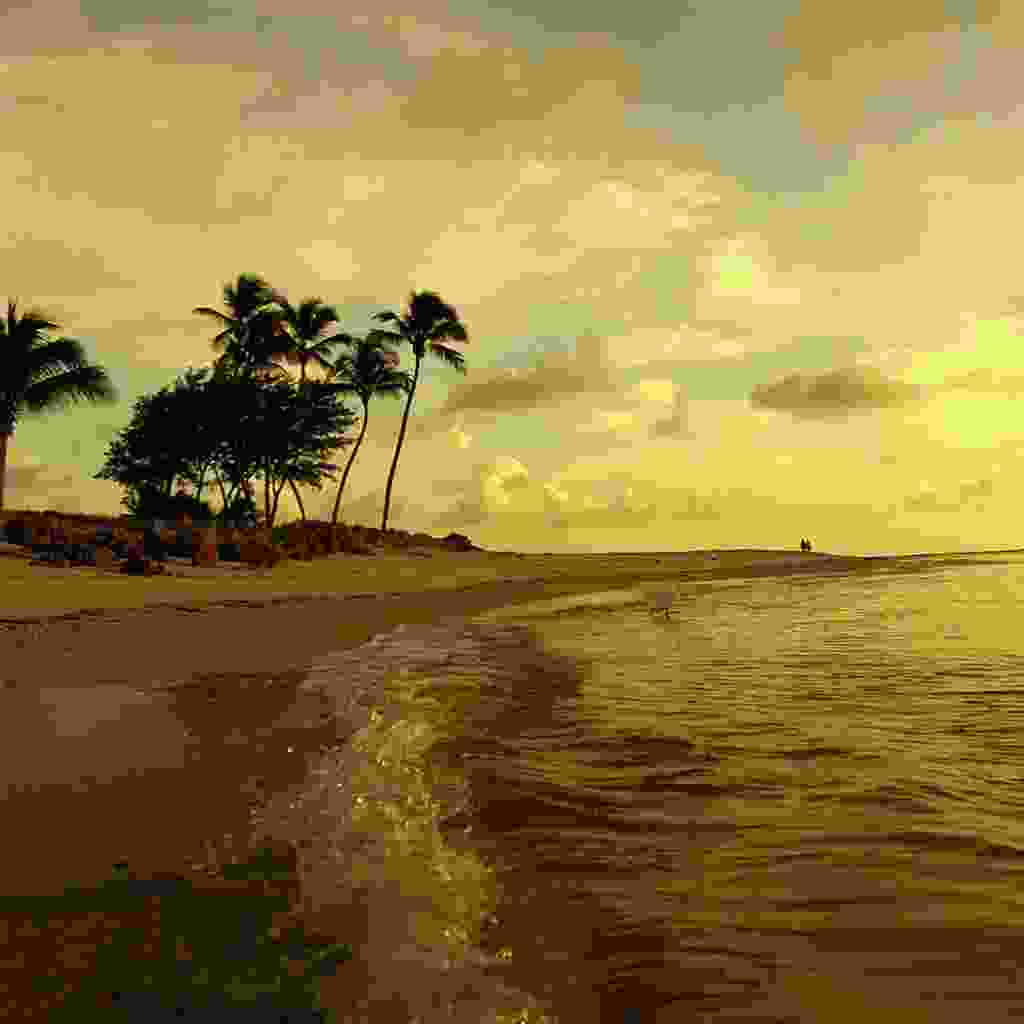 Take a red-light head torch for a stroll along the beach in search of turtles. If you come across an injured sea turtle, or want to report any issues with nesting turtles and hatchlings, contact the SCCF (Sanibel-Captiva Conservation Foundation) on their Sea Turtle Hotline: +1 978-728-3663. 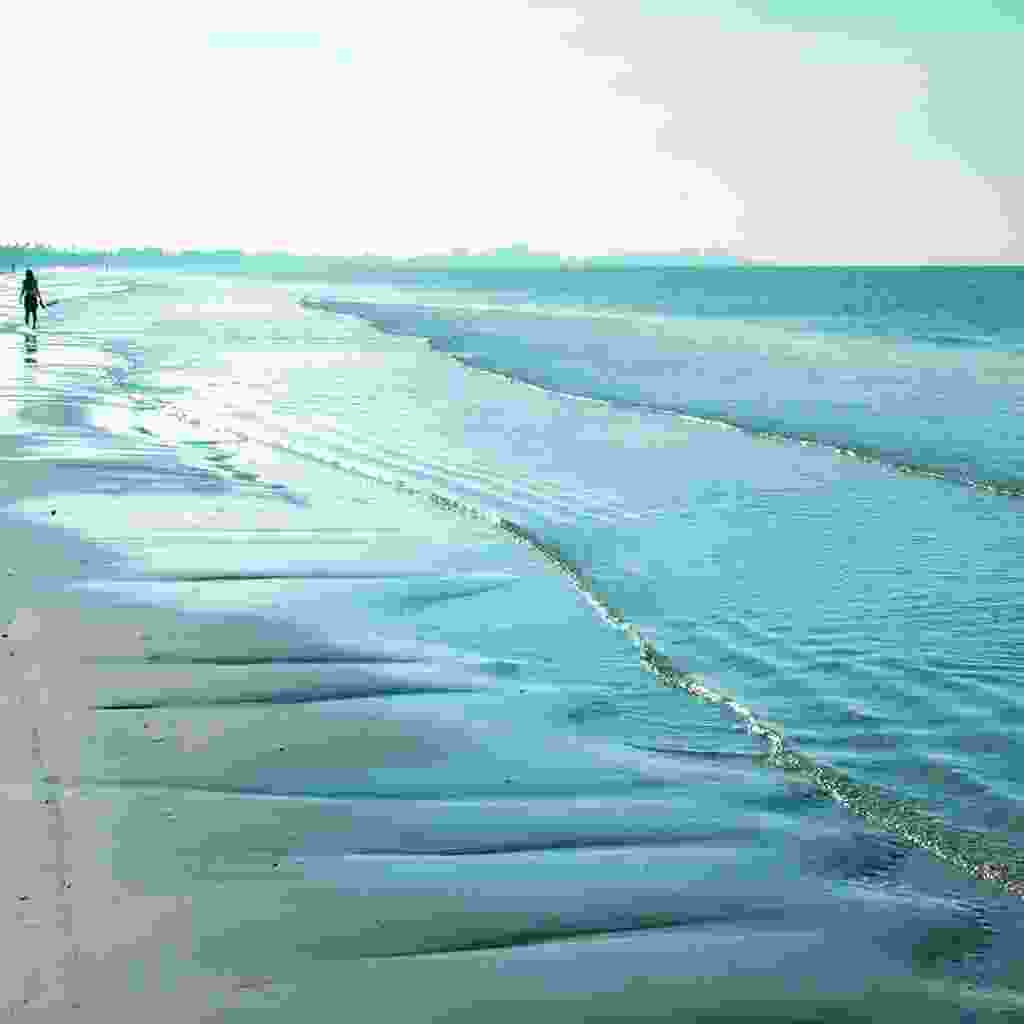 Contact the SCCF if you find an injured turtle 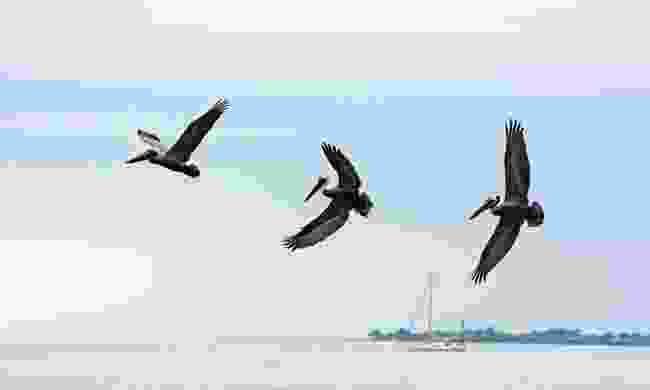 Of all the wildlife that people come to see, it’s the migrating birds that seem to have the most draw – particularly during the winter months when huge flocks migrate to the warmer climes of Florida. There are a number of different locations you can go to find your bird of choice: no matter which Florida bird you want to see, you’ll seldom be disappointed. 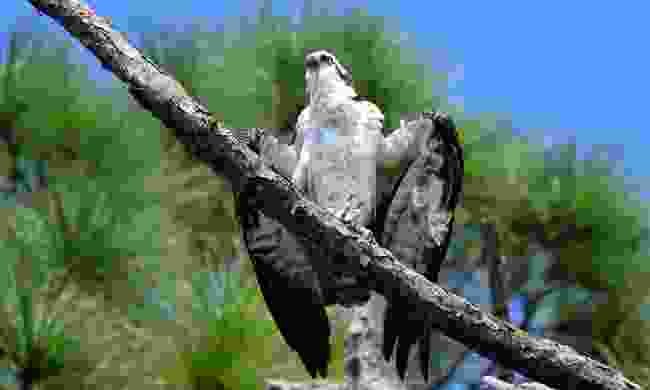 Look for Osprey on the channel markers (Jason Boekman)

For fish specialists like brown pelicans and the migrating white pelicans, you’re better off sticking to the piers. You should also keep a close eye on channel markers. I saw several ospreys over the course of just a few days that use the markers and other pilings as a point to fillet their freshly caught fish, while simultaneously maintaining a good vantage point for their next meal. 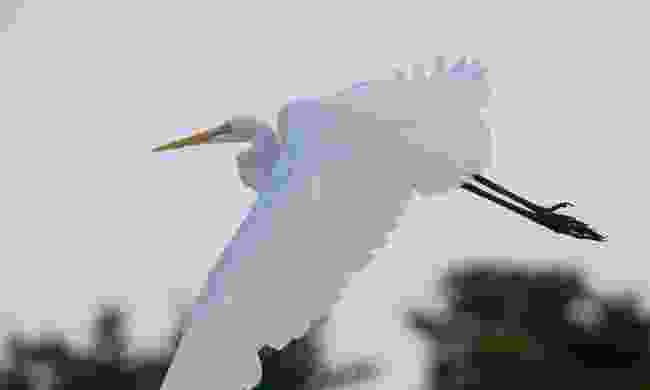 If you want to see wading birds, you’re in the right place. From great blue herons, to great white herons, white ibis, reddish egrets, and the blush coloured roseate spoonbill, Fort Myers is where you want to be.

When it comes to watching and photographing these birds, the sights of Estero Lagoon, Cape Coral, Bunche Beach Preserve, Sanibel Lighthouse Pier and Venice Rookery are all highly recommended by birdwatchers. 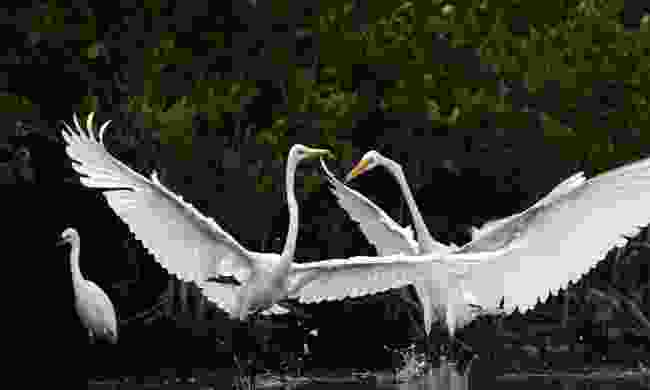 My personal recommendation though – without a doubt – is to go to straight to J.N.Ding Darling National Wildlife Refuge (https://www.fws.gov/refuge/jn_ding_darling).  The refuge is made up of 7,600 acres of wetland and is home to over 200 species of bird. No matter where you look, you'll see a birds all around you. 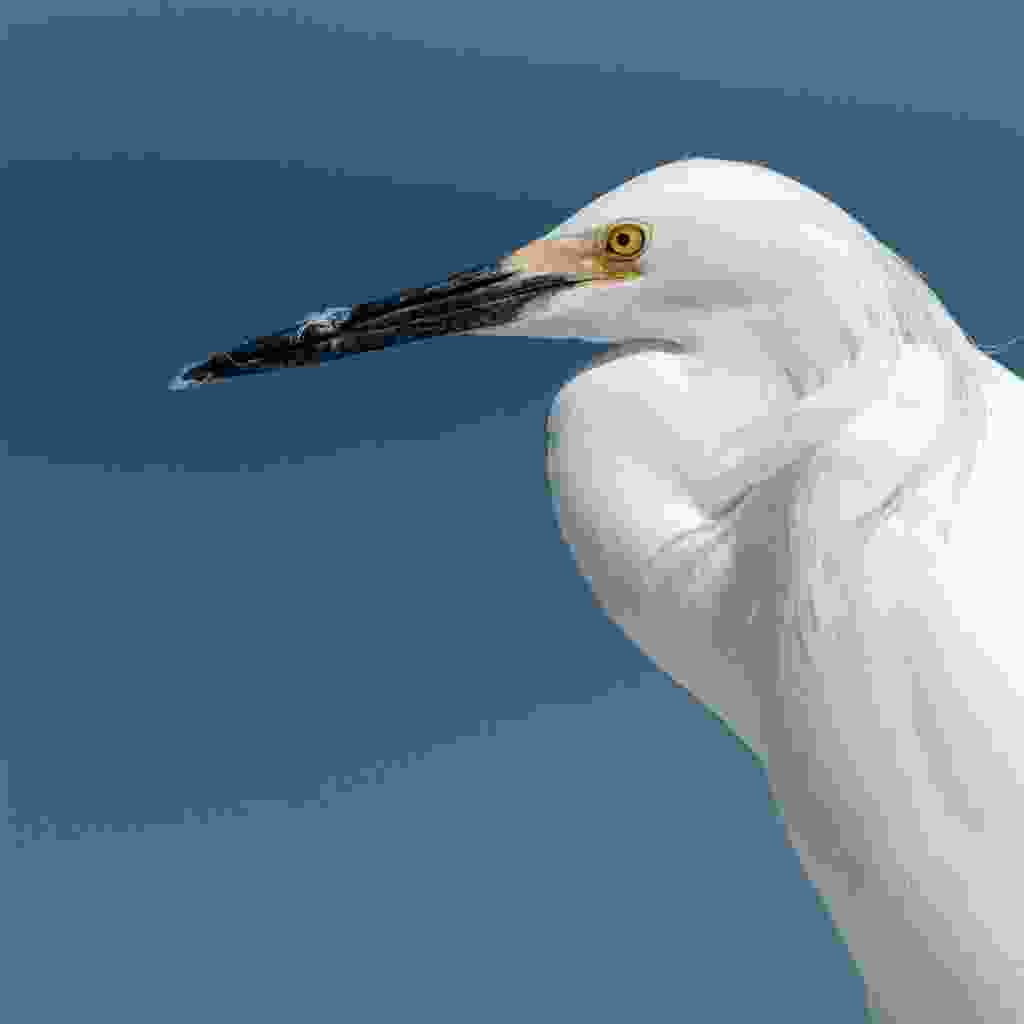 Although you can see plenty of birdlife out of season, if you’re planning a trip, do it justice and time it right. February to May is when your snowbirds will be here in their hundreds, if not thousands. Save the date! 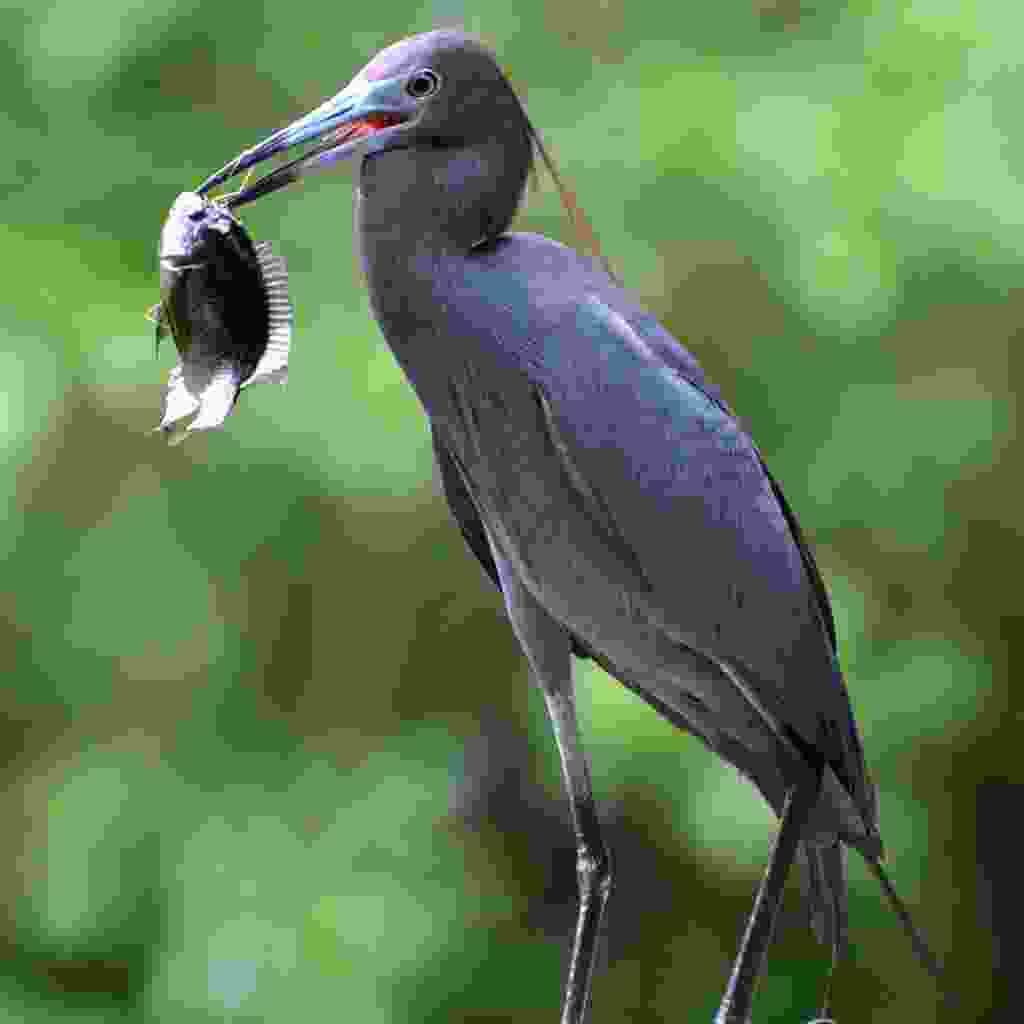 Explore more of The Beaches of Fort Myers and Sanibel...

Did you know you could do these incredible things in Florida? 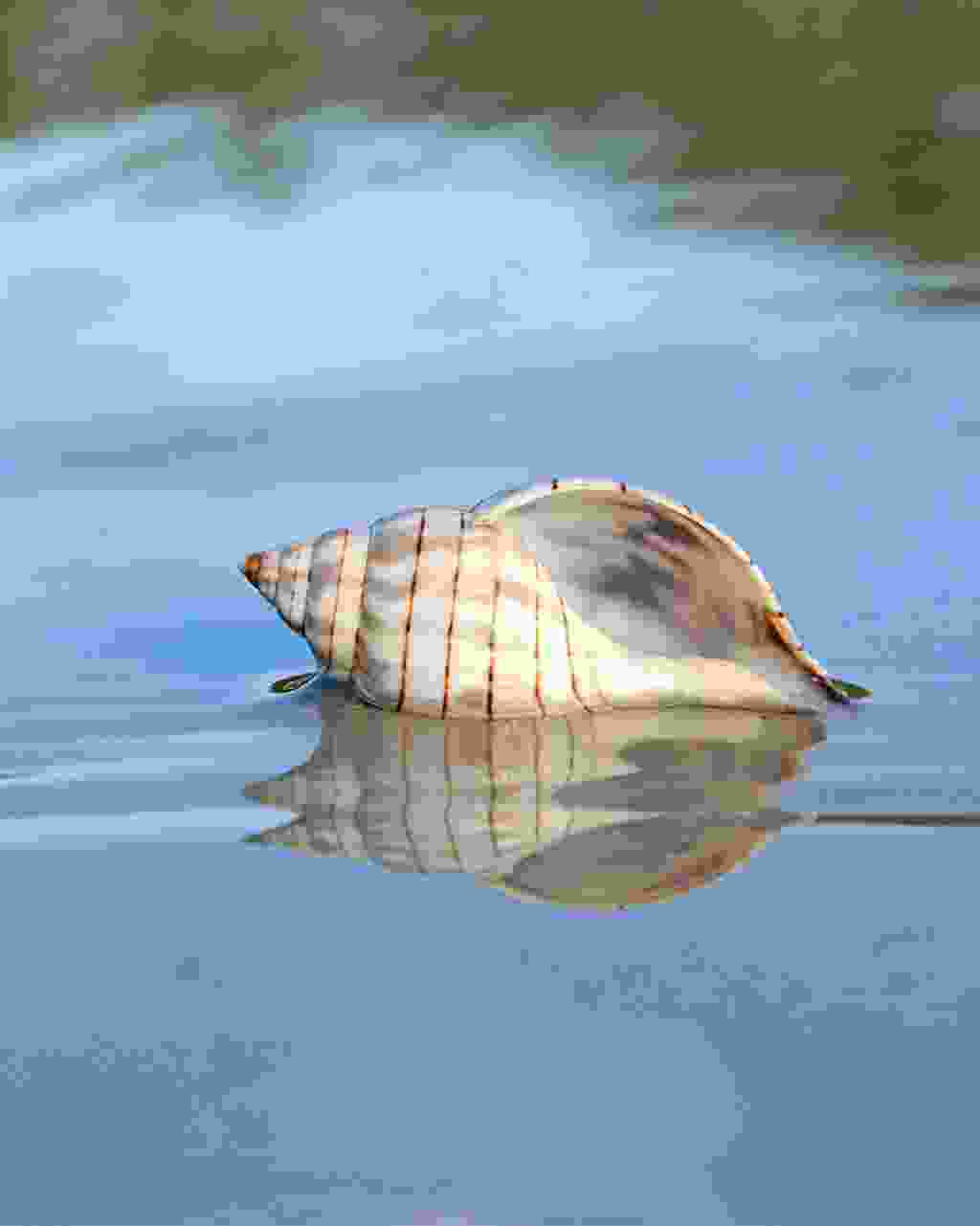 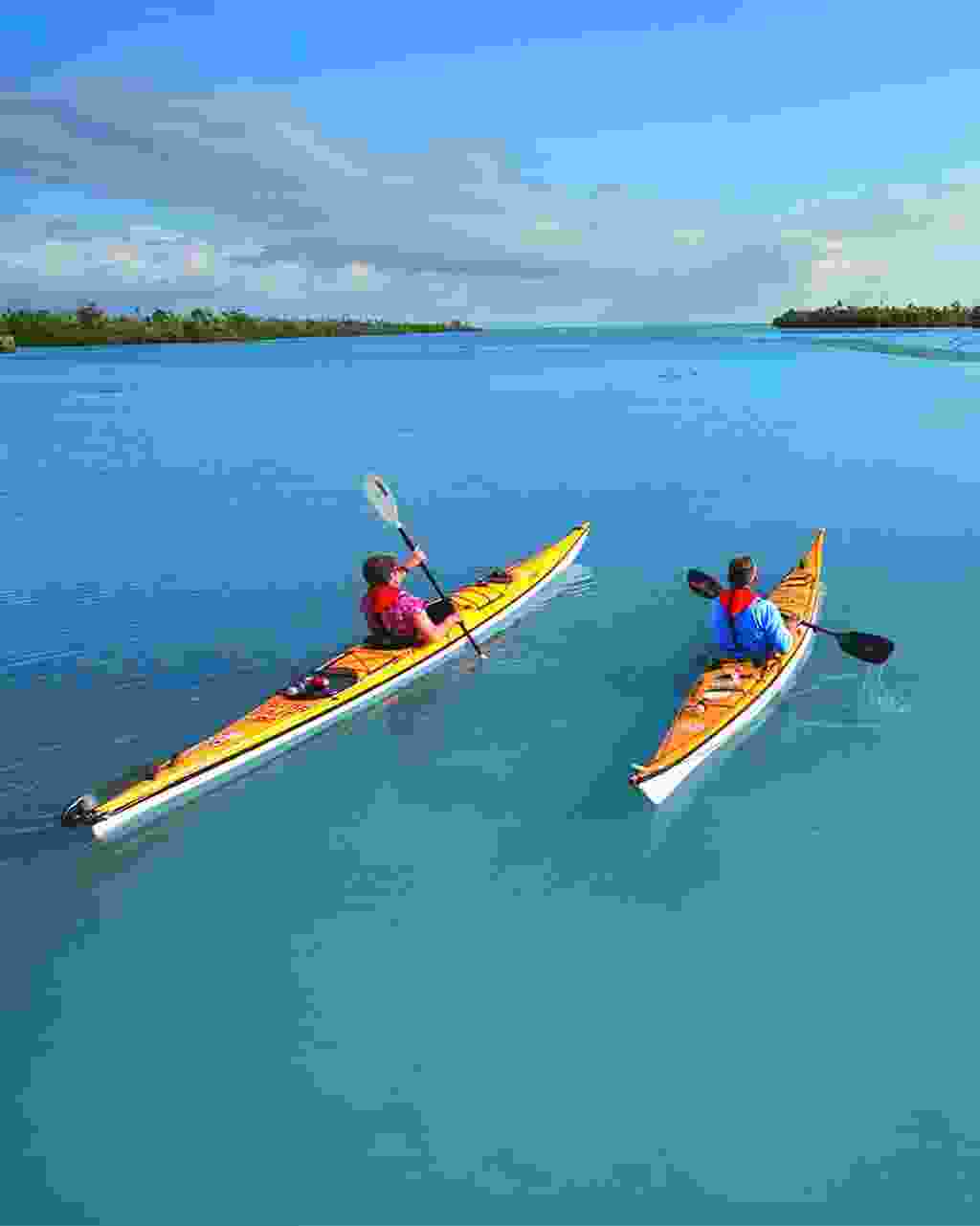 Find out why Fort Myers and Sanibel is a wildlife hotspot 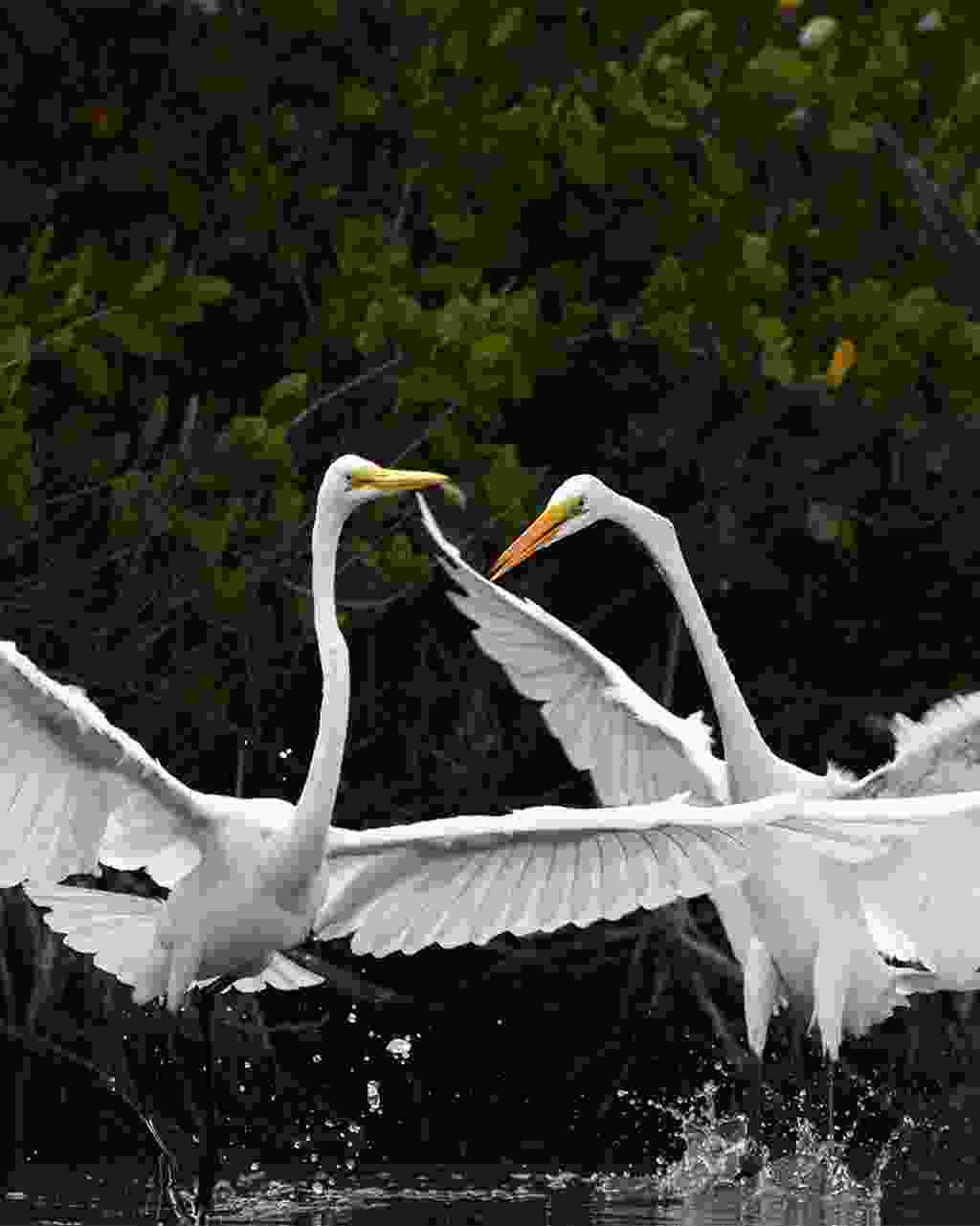 The Beaches of Fort Myers & Sanibel