Natural beauty, heart-racing adventures on land and on the water, incredible flora and fauna, a vibrant culture and a fascinating history. Here's why we're visiting Saint Lucia as soon as possible... 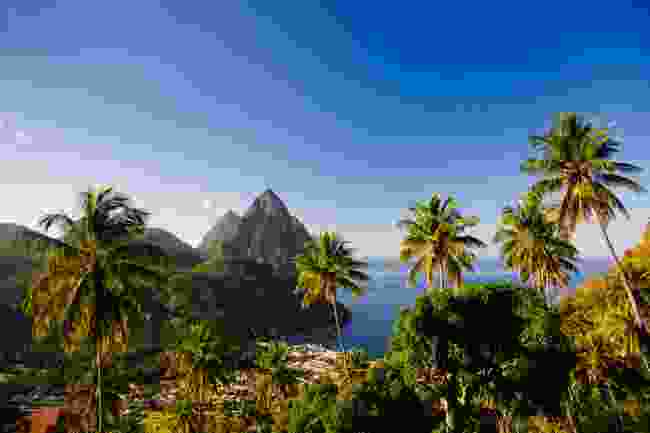 Chances are, you’ve already admired Saint Lucia’s natural charms without realising – because its Piton peaks, which rise straight from the sea, are one of the Caribbean’s most famous sights. They’ve stood sentry on the south-west coast for at least 200 centuries – long before the arrival of the early Arawak tribes, the European colonial forces, or the adventure-hungry travellers that now come to climb them (or at least toast them with tropical cocktails). At 798m, Gros Piton sits slightly taller than Petit Piton (743m), but both are striking reminders of the island’s volcanic past – as well as a huge source of national pride, emblazoned everywhere from banknotes to beer bottles. But they’re just the start. From rainforest to reef, Saint Lucia is rich in untamed treasures – a land of thundering waterfalls, idyllic shores and snorkelling sites teeming with life.

It’s also home to one of the world’s only ‘drive-in’ volcanoes, which is far wilder than it sounds, with mud-bathing pools and hot springs. Love birdwatching? You can hike rainforest trails to see if you spot any of the 176 bird species. Keen diver? Set your sights on the sub-aqua slopes of those Pitons. Fascinated by history? Head to the north-west coast to find Pigeon Island National Landmark’s authentic ruins, cannons and military relics, and tall-tales aplenty of pirates and plunderers. Walk along the golden sands and then climb Fort Rodney for views as far as Martinique. That’s day one sorted – what else awaits?

2. Get your heart racing 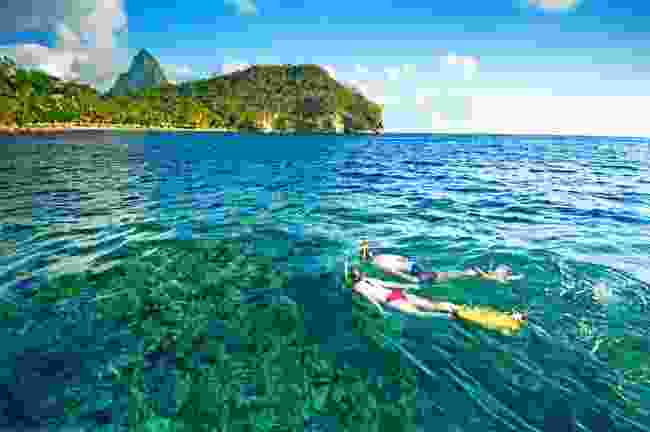 For starters, you’ll want to get out on foot or bike, following inland trails to secluded cascades and hilltop viewpoints – marvelling at the pristine jungle scenery as you explore. Or, take an open-air gondola ride through the treetops at Rainforest Adventures in Babonneau, where you’ll find zip lines, canopy walkways and nature trails aflutter with birds.

Of course, Saint Lucia’s coastline is a beach-lover’s paradise: the west of the island (the leeward side) is typically calmer than the east, with sheltered shores and soft sand. Happily, it’s home to the best snorkelling sites too – such as Anse Cochon and the cove at Anse Chastanet resort (people come from all over the island to swim in its reef). Take the plunge on a snorkel or scuba trip, or sign up for sea kayaking, windsurfing and sailing at one of the many watersports centres – what better way to banish those lockdown cobwebs?

For the epicurious, there are myriad adventures to choose from, such as cooking workshops and rum-tasting sessions. Saint Lucia’s cocoa plantations give a fascinating insight into the history and culture of the island: take a tour of Fond Doux cocoa farm or Rabot Estate – owned by global chocolatiers Hotel Chocolat – to learn about the journey from bean to bar, and pick up a few sweet souvenirs. 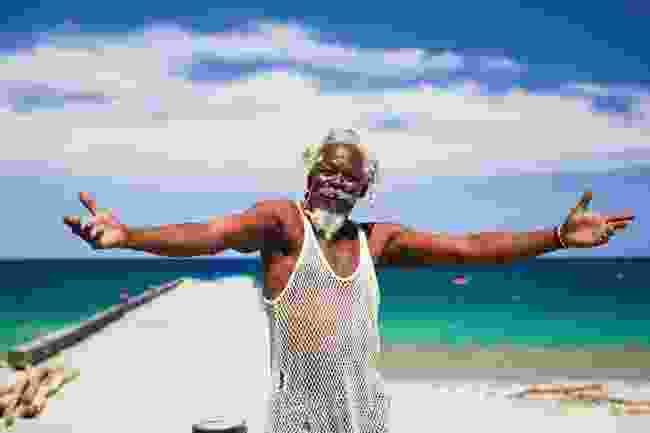 There’s no such thing as a stranger in Saint Lucia – just a friend that you haven’t met yet. It might sound cheesy, but it’s true: the islanders’ warmth and welcome are legendary. Saint Lucia is full of independently-run businesses, from beach cafés serving up cappuccinos and calypso tunes to unique enterprises like the Tet Paul Nature Trail – where local guides give tours of the medicinal plants, organic farm and traditional house.

Wherever you venture, you’ll meet island characters such as Hattie Barnard, the co-owner of Choiseul Art Gallery. A renowned painter and author, she’s passionate about the local creative scene and exhibits her work alongside pieces by other Saint Lucian artists. Zaka Art Café in Soufrière also puts island art in the spotlight; while Eudovic’s Art Studio – run by Vincent Joseph Eudovic and his family – specialises in beautiful hand-carved wooden sculptures.

To really get to know the island, it’s definitely worth hiring a local guide. While you can see the main sights under your own steam, an insider will give you unrivalled insight into Saint Lucia’s story: whether that’s its cocoa plantations and colonial legacy, or its wild wonders such as bird watching, forest hiking and geology. Over at Diamond Falls Botanical Gardens, the team of green-fingered guides bring the island’s natural history to life, while Greenwood Terrace serves up fun cooking classes and fascinating harvesting tours in a gorgeous garden. 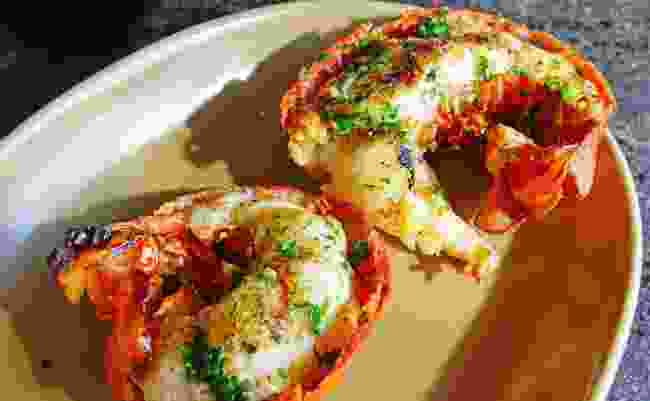 In true Caribbean style, Saint Lucia’s signature dishes put the island’s bounty of fresh ingredients first. Seafood is the star of the show: lobster, lambi (conch) and saltfish are national favourites, served as spicy fritters, thick soups or straight from the barbecue. A rainbow of veg is grown on the island, from green bananas (known as figs) to golden apples – while a dollop of hot sauce adds some real Creole spice! Saint Lucians like it as piquant as possible, made from Scotch bonnet chillies, so be sure to order a cooling Piton beer, too…

There are some incredible restaurants all over the island, serving up local specialities in beautiful surroundings. At Ti Bananne, in Rodney Bay, live music and local art set the scene – while The Cliff at Cap offers panoramic sea views. At Windjammer Landing, seek out the Upper Deck grill-house: its fresh seafood and fiery sunsets make for a spectacular supper. Saint Lucians are passionate about their food, so you’ll find lots of great independent restaurants too – like Orlando’s, in Soufriere and Rodney Bay, which is run by celebrated local chef Orlando Satchell. He’s scooped numerous awards for his signature dishes, which are known all over the island – like Piton Poulet, a spicy-sweet medley of grilled chicken, ginger and coconut.

Fancy picking up a few island recipes? At Anse Chastanet, you can take gourmet cooking classes and learn about cocoa harvesting at the hotel’s organic farm. Not a meat eater or fancy something different? Don't miss the hotel's vegan restaurant, Emeralds.

5. The best of both worlds 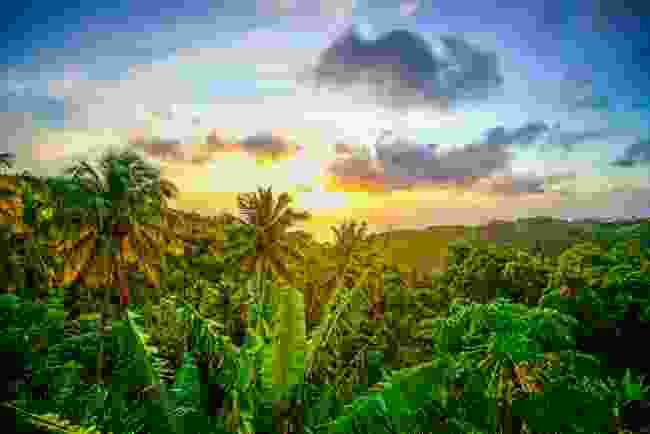 For all of its rural beauty, Saint Lucia has plenty of bright lights too. The island can loosely be divided into two ‘halves’: the north, where you’ll find the bustling city of Castries and the lively sights around Rodney Bay – and the south, which has a quieter and more natural vibe. That’s not to say that the north is overrun with tourists: it’s simply the hub of local life.

Castries and Rodney Bay Village are home to a varied cluster of restaurants and shopping areas, as well as entertainment venues galore – from art galleries to beach bars. And if you want a glimpse of local nightlife, head to the Gros Islet street party on Friday evenings. Here, locals let their hair down for a night of barbecue, rum punch and music – it’s the island’s most famous ‘jump-up’ (party), and everybody’s invited.

Rather than choosing between the north and south, a two-centre trip lets you explore the whole of the island. Try a few days near Rodney Bay, enjoying the buzz and beaches – before heading south to discover the mountainous scenery and Piton views.

For more Saint Lucia travel inspiration, including things to do, where to go and where to stay, head over to stlucia.org.

For your chance to win an incredible trip to Saint Lucia, enter our competition! Good luck!