5 reasons why Jersey is the ultimate wild wellness escape

Feeling frazzled? A wild weekend in Jersey will recharge your batteries and soothe your weary soul – here’s how...

1. It’s our kind of wellness 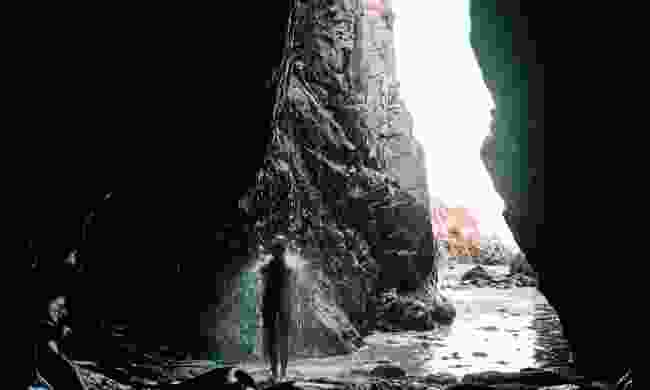 Try a pounding massage under a waterfall. (Visit Jersey)

If, like us, your idea of a rejuvenating break involves adventure – as well as a little indulgence – you’ve come to the right place. On Jersey, it’s all about the healing power of the great outdoors. The antidote to those up-tight shoulders? Try a wild swim in St. Aubin’s Bay, or a surf session on the west coast’s waves. How to clear that foggy head? We recommend a breezy beach hike in Bouley Bay, or a pounding massage under Plémont waterfall. 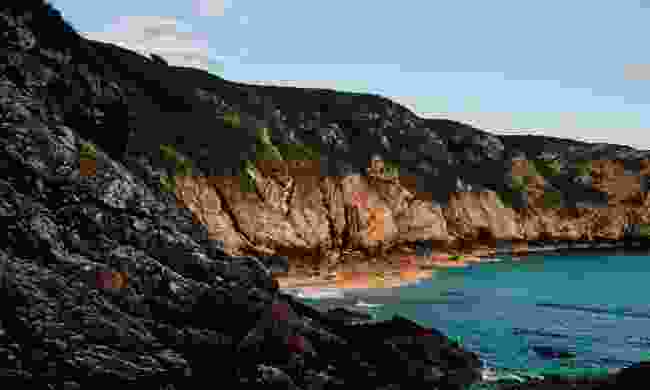 Doctor Nature’s cures are potent and plentiful – and Jersey has something for every malaise. The white sand beaches and wind-whipped headlands of Jersey National Park stretch for 48 jaw-dropping kilometres – with salt-fresh air that’ll clear your cobwebs and ruddy your cheeks. Meanwhile, the untamed inland offers countryside strolls for all abilities, as well as gloriously wild off-road cycling paths – ideal for a spot of two-wheeled meditation.

2. For mindfulness, hit the trail 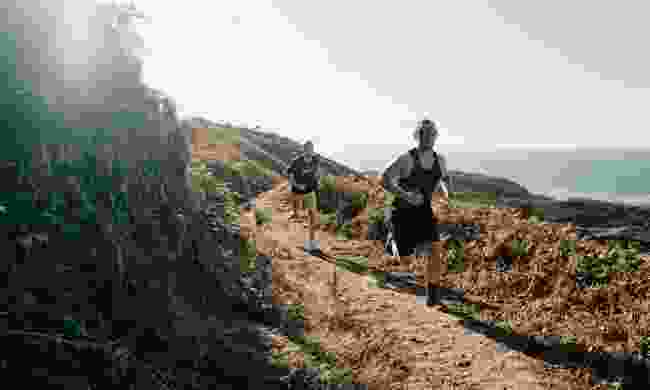 Try one of the invigorating running tracks (Visit Jersey)

Whether you’re crunching over crisp autumn leaves in St. Peter's Valley woodlands, or hopping between rock pools on Grève de Lecq beach, nothing re-powers the batteries quite like an old-fashioned yomp. The island is criss-crossed with walking routes – from pretty parish strolls through St Lawrence, to edge-of-the-world views on St Catherine’s breakwater. And if you want to swap the gym for the great outdoors, there are invigorating running tracks to tackle too. 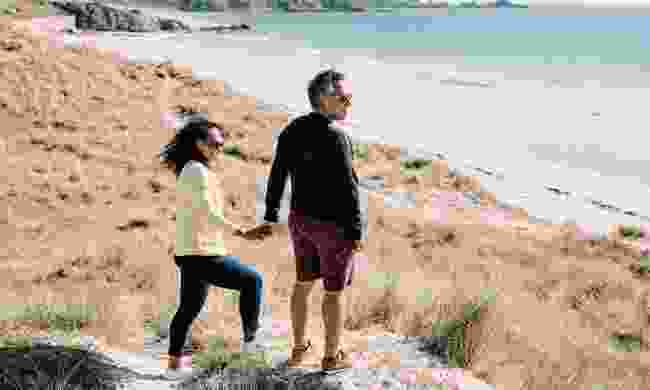 There are many accessible walking trails on Jersey's beaches (Visit Jersey)

For visitors with limited mobility, Jersey has plenty of flat and wide trails (download the Accessible Jersey guide for more details), while local charity Beachability provides wheelchairs with inflatable tyres – ideal for exploring the island’s soul-soothing sands. Happily, the weather will likely be on your side too: warmed by the Gulf Stream, Jersey enjoys mild winters and some of the longest summers in the British Isles. And if the heavens do open, there’s usually a cosy café or beach shack nearby… 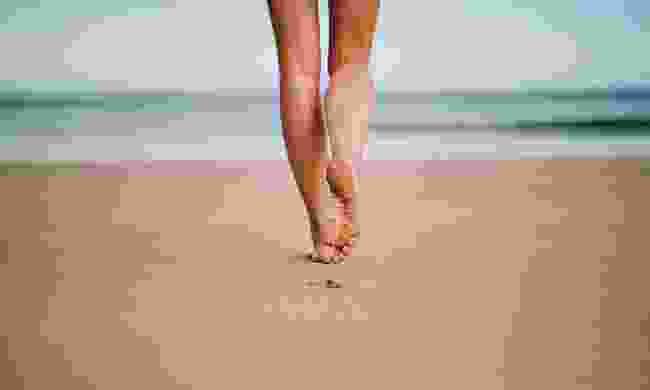 Sometimes there’s nothing more revitalising than getting far, far away from any kind of beaten track – to discover pristine coves, untrammelled paths, and the farthest-flung islands. While Jersey could never be accused of being crowded, it does have an even quieter, wilder side than most visitors ever see: namely, the archipelagos of nearby Les Minquiers – also known as the Minkies – and Les Ecréhous, which is mid-way between the Bailiwick and France. 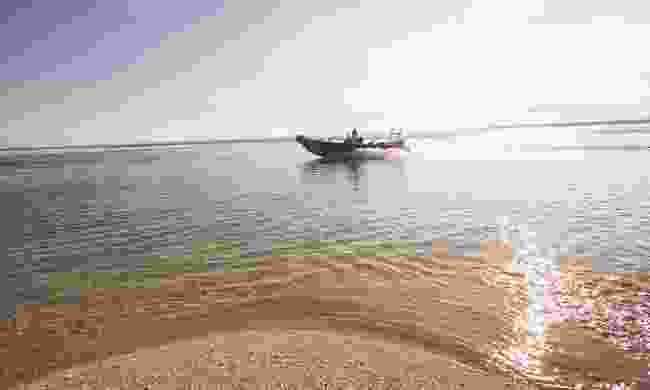 When the tide goes out, the islands’ reefs, sandbanks and rocky islands are revealed – like a secret that the sea has kept all to itself. The surrounding waters are clear and calm, and the sand looks like it’s been plucked from the Caribbean. Book an island-hopping adventure with Jersey Seafaris or try al fresco yoga with local instructor Vanessa Garrett, who runs energising workshops right on the beach. If you’re lucky, you might even spy dolphins and seals on the way there…

4. There’s food for the soul 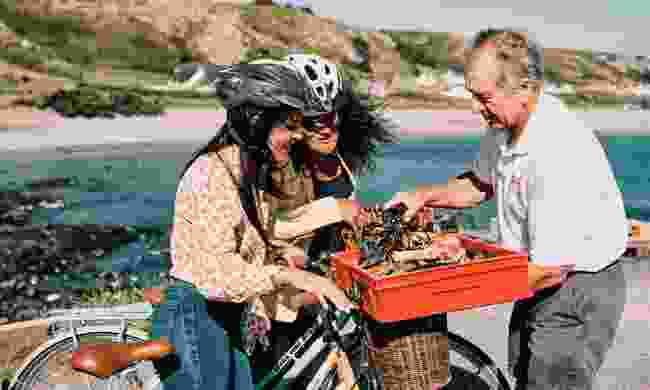 Enjoy the freshest of food on the island (Visit Jersey)

‘Slow food’ is more than just a buzzword in Jersey – it’s encapsulates the whole island’s approach to eating. If you’ve had your fill of sad meal deals and convenience grub, get your chops around the Bailiwick’s bounty of fresh produce: from fresh Grouville Bay oysters and just-caught lobster, to gelato made from thick Jersey cream.

The island’s nutrient-rich soil and balmy microclimate provide the perfect conditions for farm-to-table eating: chances are, that rainbow of veg on your plate hasn’t travelled further than a few miles. If it’s not in season, it won’t be on the menu – whether you’re fine dining at St. Saviour’s Longueville Manor Hotel, or tucking into crab burgers at The Hungry Man beach shack in Rozel Bay. 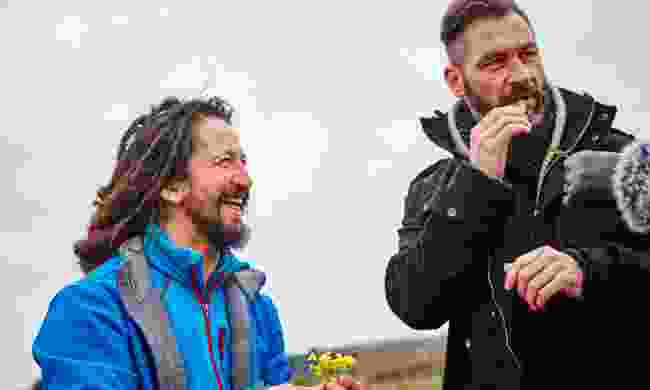 Forage for your own food (Visit Jersey)

Better yet, Jersey Adventures’ foraging trips combine two of our greatest passions: eating and hiking. In the company of an experienced guide, you’ll explore some of the island’s wildest corners in search of edible plants and hedgerow fruits – while coastal foraging will see you nibbling on oysters and seaweed too.

5. It’s closer than you think 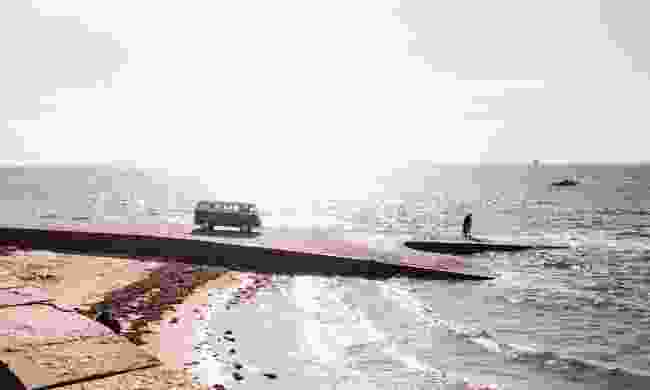 Jersey is closer than you think (Visit Jersey)

A stressful journey is the last thing you need on a wild wellness break, but Jersey’s excellent transport connections make travelling a breeze. You can fly to the island’s international airport (near St Helier) from England and Wales in just one hour – or as little as 40 minutes from London City, Gatwick, Bournemouth and Exeter. Meanwhile Ireland, Northern Ireland and Scotland are around 90 minutes away; contact Easyjet, Flybe, Loganair and Aer Lingus for more details. Alternatively, there are regular ferries from Poole (4 hours) and Portsmouth (8 hours) – ideal if you’re travelling with bikes, surfboards or camping gear.

Getting around is a cinch too: the island’s bus network reaches all but the most remote corners, and taxis are readily available too. For a little more independence, hire a car from the airport – or bring your own on the ferry – and enjoy blissfully quiet roads and a speed limit of just 40mph. Indeed, it’s some of the most laid-back driving you’ll ever experience in the British Isles.

You'll find plenty of information on where abouts to go in Jersey, the island's stunning scenery and diverse wildlife, its fresh food and how to relax, recharge and detox in this calm and beautiful part of the world.