The Arctic might not spring to mind as the ideal summer holiday destination – but you'd be surprised. In Svalbard, everything from hiking and polar bear watching to nights under the midnight sun await...

The Arctic might not immediately spring to mind as the ideal summer holiday destination. However, if you’re looking for adventure with a capital ‘A’ for your next trip, you can’t go past Svalbard: the heart of the Arctic. A veritable feast for the senses, summer in Svalbard is the stuff of dreams. It’s one of the most beautiful and remote places on Earth – a land of harsh extremes and surprising contrasts.

Svalbard – just a short flight from major airports in Norway, Sweden and Finland – is the jumping-off point for some of the Arctic’s most unforgettable summer experiences. Here, we introduce you to six of them...

Cruising on a Zodiac with Poseidon Expeditions (Page Chichester) 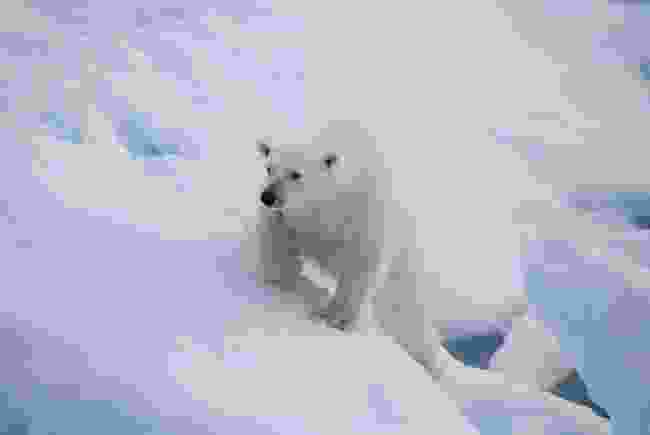 Tell your friends that you’re headed to the Arctic and they’re sure to ask, “will you see polar bears?!” The Svalbard archipelago is home to the Arctic’s highest concentration of these extraordinary animals, which means that your chances of spotting one in an exhilarating prey chase are high. In fact, the polar bear population in Svalbard and the surrounding Barents Sea is higher than the human population.

Most of the polar bear sightings in the region occur near the ice edge, which means that whether you’re checking out the area from the comfort of a cruise ship or exploring on foot, you might see one of the ‘kings of the Arctic’ ambling about. Just be sure to be accompanied by an experienced guide if you plan on leaving any of the township settlements. 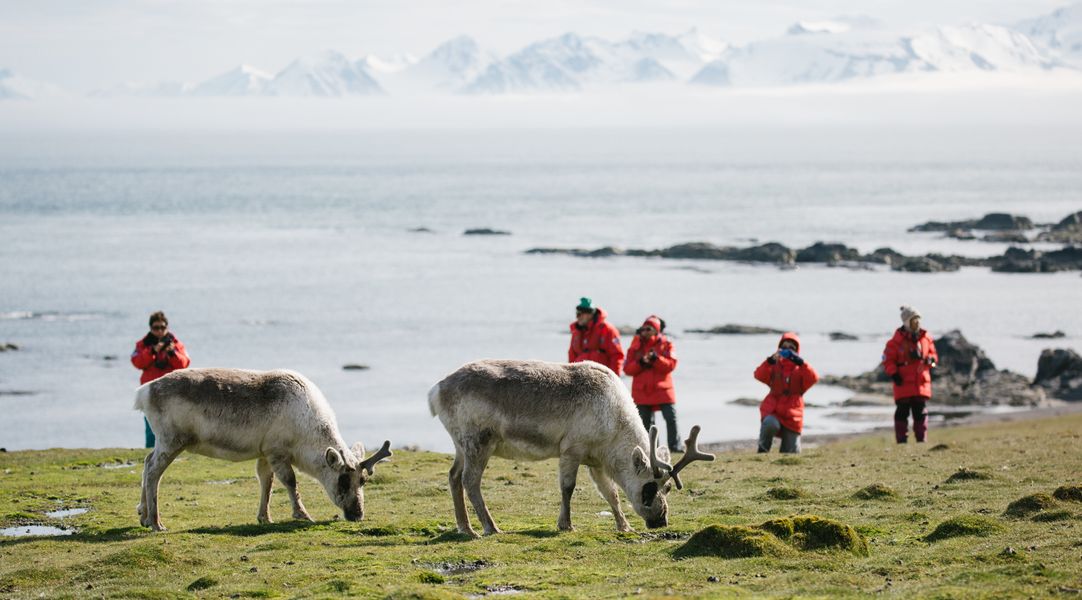 Polar bears aren’t the only magnificent specimens you’ll encounter on a trip to Svalbard. In fact, summer is the perfect time to dust off the binoculars in the Arctic, as the region’s many weird and wild inhabitants come out to play. The Arctic region is almost entirely protected by a series of national parks, which means that these animals can thrive without threat from hunters. From Arctic foxes and reindeer, to seals, whales, and even walrus, there’s no shortage of amazing animals to spy. 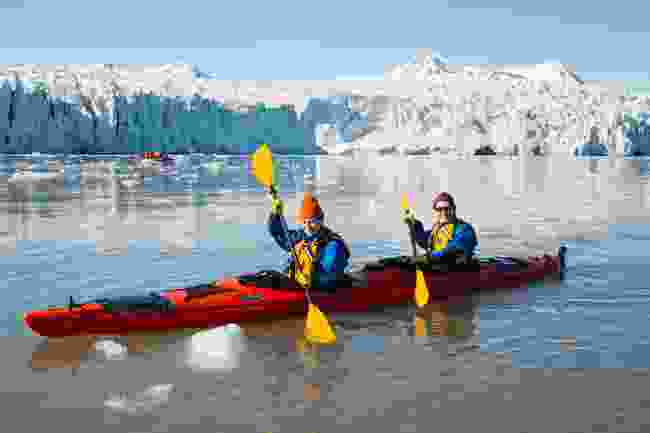 Kayaking in the white wilderness of the Arctic is an ethereal experience as you glide serenely through the ocean. If you are lucky, you may be able to watch (from afar) the process of glacier calving, or iceberg calving as it’s also known. This occurs when large chunks of ice break from the edge of a glacier. These little ‘calf’ glaciers then splash spectacularly into the sea below, often accompanied by loud booms and large waves. Dedicated kayaking trips run daily from Longyearbyen and are also included in many of the Arctic tours which frequent the Svalbard region. 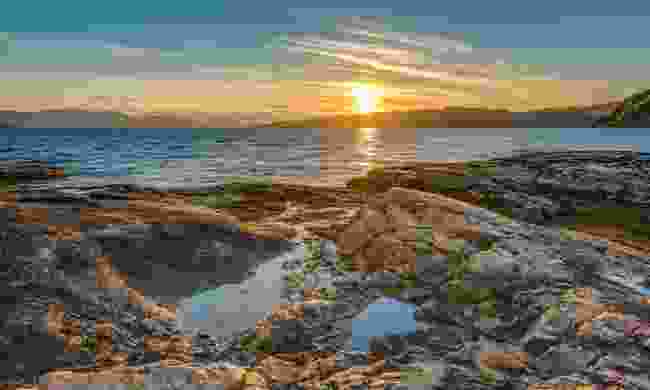 The midnight sun floating along the horizon (Dreamstime)

It’s not known as ‘the land of the midnight sun’ for nothing. The Arctic is home to one of the most remarkable natural lighting phenomena in the world. And no, we’re not talking about the northern lights. During summer, visitors to Svalbard bear witness to a sight arguably just as impressive as the famed (yet often elusive) northern lights. For several weeks of the year, the sun never fully sets over the Arctic thanks to the Earth’s angle to the sun. This means that between late April and late August, the Svalbard archipelago is bathed in an intense, reddish light in the late evenings and early mornings which simply must be seen to be believed.

5. Marvel at history and human ingenuity The natural wonders of the Arctic aren’t the only awe-inspiring sights to see in Svalbard. The human endeavours within the region are impressive, to say the least. From abandoned research stations, to the world’s northernmost post office, there are plenty of attractions to take you back in time and have you marvelling at the ingenuity of the human race. Be sure to check out the bust of Roald Amundsen, as well as the historic airship mast at Ny Ålesund. This former mining town is now home to a multinational crew of intrepid Arctic researchers. Arctic Norway is a photographer's dream: colourful tundra gives way to icescapes, glistening waves splash up against looming peaks and glaciers (accounting for 60% of the land area) shine bright in the sunshine. Make sure you pack your camera and some good walking shoes – you'll want to get up close and photograph everything. Hiking is a popular activity in Svalbard, walking the shores and mountains in search of sheltering polar bears, Svalbard reindeer and Arctic foxes.

After you've finished hiking, make sure you fuel up. You can enjoy some of the freshest seafood in the world at one of Longyearbyen’s many incredible restaurants, or treat yourself to a beer from Svalbard’s own brewery. Enjoy a midnight not-quite-sunset, cocktail in hand, before topping it all off with a trip to the world’s northernmost chocolatier, Fruene.

Why book with Poseidon Expeditions?

Whether it’s wildlife, celestial phenomena, exploration inspiration, or great food and drink that you’re after this summer, northern Norway’s Svalbard archipelago has it all. Poseidon Expeditions is a leading provider of polar expeditions in the cruise industry. With the 114-passenger Sea Spirit, Poseidon Expeditions offers expedition cruises to the Arctic and Antarctica.

Poseidon Expeditions’ goal is to take you to places few people will ever see, providing you with a unique perspective on the majestic beauty of Svalbard. They seek to provide curious, discerning travellers with the perfect combination of comfort and personable service, balanced with maximum opportunities for outdoor activities in the spirit of adventure. Using a fleet of Zodiac landing craft, passengers are guided ashore by an exceptional team of expedition guides and educators to observe up-close the spectacular wildlife and landscapes.

For a personalised quote, please contact Alexandra Prokopyeva on sales@poseidonexpeditions.com or call +4 (420) 3808 7787 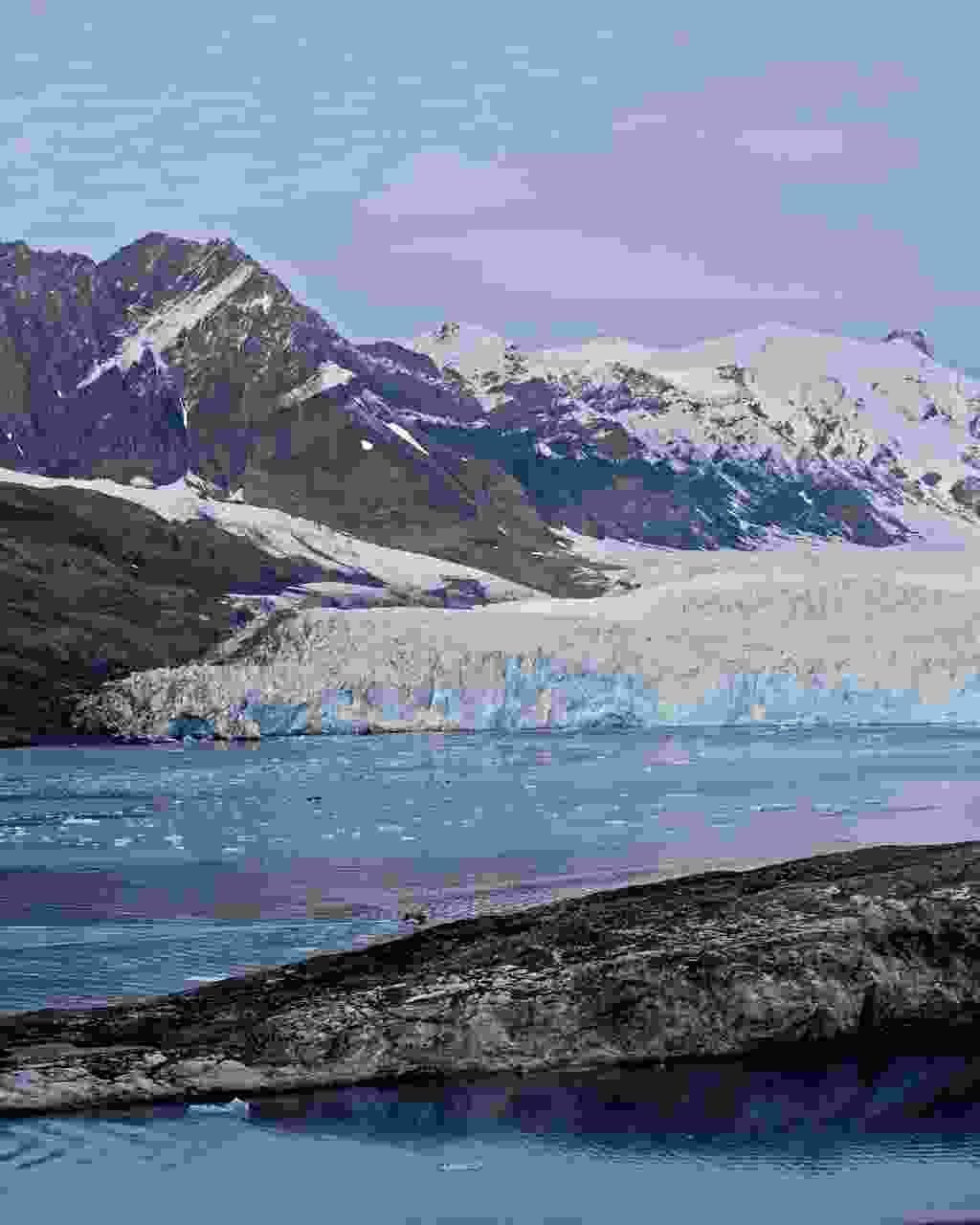