Where to cruise for an amazing Arctic adventure

Want to sail like an Arctic explorer? Here’s your guide to Svalbard, Franz Josef Land and Greenland…

An Arctic expedition cruise will soon have you tracing the footsteps of early explorers with a wide array of polar wonders to discover; from towering glaciers and secluded fjords to unique wildlife and the Northern Lights.

The Arctic is mostly ocean surrounded by land and the boreal summer runs from May through to September, which means if you take a cruise during these months, you’re likely to see seasonal sea ice along with some of the best wildlife across the regions. Poseidon Expeditions' small ship Sea Spirit offers several authentic Artic adventures that explore the northernmost part of the globe. Here are three of the best places you can set sail to… 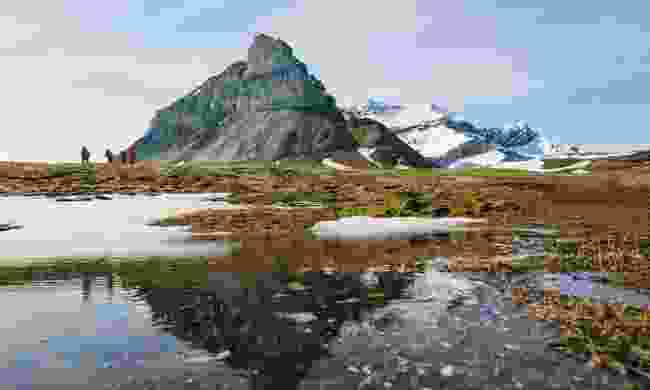 One of the most remote and diverse regions on the planet, Svalbard, meaning ‘cold coasts,’ is the Arctic’s beating heart – it’s also the number one tourist destination in the High Arctic.

This protected wilderness features a varied landscape of mountains, tidewater glaciers (more than half of Svalbard is covered by glaciers) and colourful tundra, making for unmissable photo opportunities. Active travellers can enjoy sea kayaking through tranquil waters and there are also some unusual historical sites to discover, including deserted coal mining operations and an abandoned polar research station.

Other highlights include the deep fjords of Northwest Spitsbergen National Park; an area that teems with migratory Arctic seabirds including guillemots and murres. Head eastward and between the islands of this archipelago and you’ll also find the impressive bird cliffs of Alkefjellet, home to thousands of nesting guillemots. With the cliffs soaring steep, high and straight up and out from the water, a sea kayak proves a great way to admire the rocks and birdlife up close.

Summer is the time for wildlife sightings in abundance, especially if polar bears are top of your itinerary – there are more of these opportunistic Arctic nomads prowling the archipelago’s pack ice than people.

And, along with the Arctic silence, you could also experience up to 24 hours of sunlight thanks to the midnight sun, which occurs between April and August. 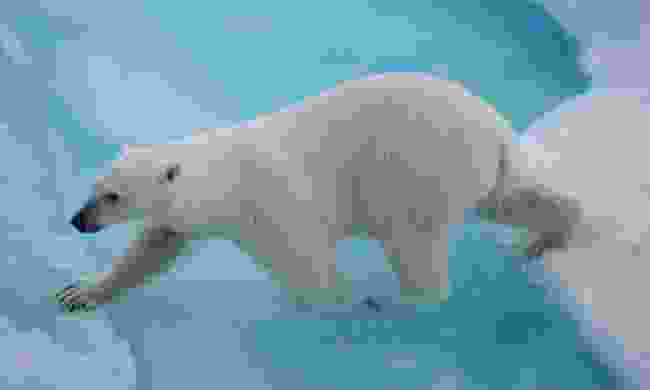 Keep an eye out for polar bears (Poseidon Expeditions) 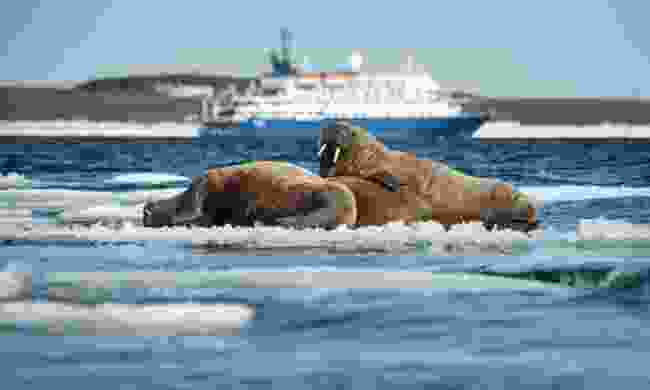 Notoriously inaccessible and therefore rarely visited, this remote and rugged 192-island archipelago in the Russian High Arctic takes venturing off the beaten track to another level. It will, in fact, make you feel as though you’re treading in the footsteps of the very first polar explorers including Fridtjof Nansen and Frederick George Jackson.

Situated 900km from the North Pole and comprising a series of lowland plateaus – 85% of which are covered by ice – this protected nature sanctuary is also the Arctic’s largest marine reserve and is rich in wildlife, including free-roaming polar bears, Atlantic walruses, large nesting seabird colonies and the elusive bowhead whale.

Other hidden treasures unearthed by exploring these enigmatic and uninhabited islands include historical remains of legendary expeditions and surreal geology, while venturing further across this archipelago will see you come across monuments, memorials, and the remains of makeshift dwellings.

Poseidon Expeditions is the only operator offering direct sailings from Spitsbergen to Franz Josef Land, and the best thing about being on a small ship is how close you can get to this staggeringly beautiful region. 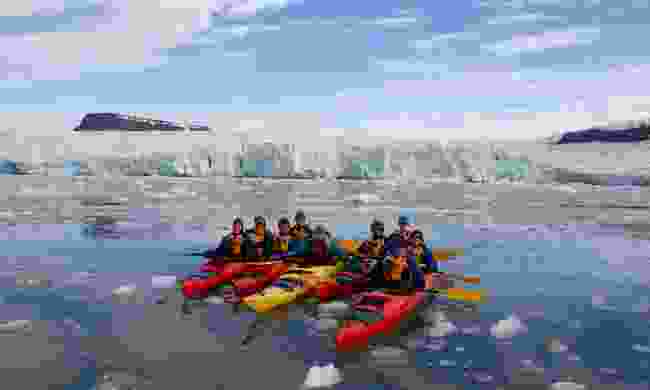 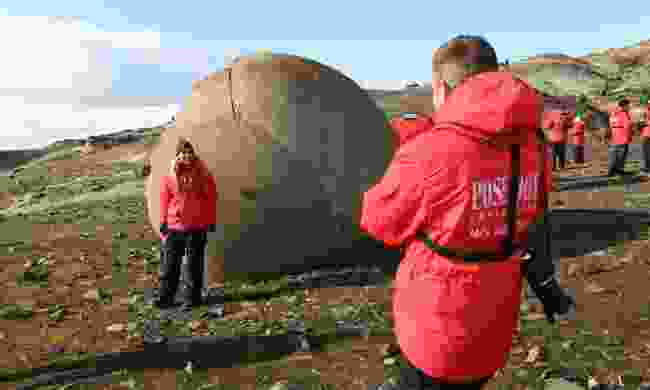 The untrodden expanse of East Greenland 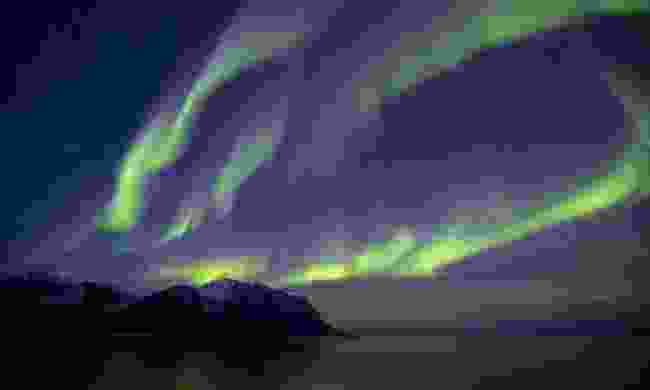 Admire the Northern Lights as you sail to Greenland (Poseidon Expeditions)

Remote, unspoiled and vast in scale, much of East Greenland is little-known by even the most well-travelled of adventurers. This explorer’s paradise is cut off by sea ice for much of the year, but highlights include the rugged fjords, coastal landscapes and small fishing towns of the untouched Westfjords. Another big draw for visitors is the chance to catch the celestial phenomenon of the Northern Lights, also known as the aurora borealis. 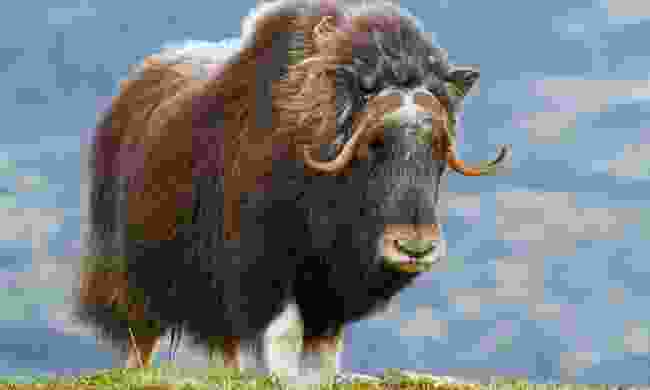 The Greenlandic Ice Sheet covers 80% of the country and contains 10% of the world’s reserves of fresh water; in some areas you can walk on this remnant from the last ice age.

You’ll encounter one of the largest and longest fjord systems in the world, Scoresby Sund, an expanse of untouched wilderness and narrow channels strewn with towering icebergs and sheer rock walls.

The landscape here is home to wildlife such as the Arctic hare and musk oxen. Venturing throughout the region, history can be uncovered at the ancient Thule archeological sites and the spacious open decks on Sea Spirit provide the ideal platform from which to admire those sweeping and spectacular views.

A passage with Poseidon Expeditions 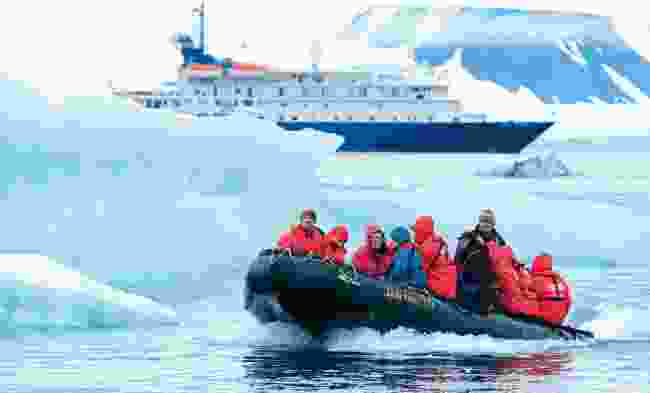 Hop aboard a Zodiac for a spontaneous shore excursion (Poseidon Expeditions)

Throughout the summer months, Poseidon Expeditions and its 114-passenger expedition ship Sea Spirit sails northbound throughout all of these Arctic destinations. Thanks to its size and ice strengthened hull, Sea Spirit is also capable of navigating the narrow fjords and small bays that are out of bounds to larger ships.

Using a fleet of Zodiac landing craft, guests are guided ashore for spontaneous polar excursions to experience the glaciers, wildlife and landscapes, along with experienced guides on hand to deliver a voyage that encapsulates the spirit of adventure. Poseidon Expeditions is committed to safe and environmentally responsible polar travel and is a member of the Association of Artic Expedition Cruise Operators (AECO).

Ready for your own Arctic adventure?

Find out more at poseidonexpeditions.com