Discover the hot spring villages, ancient castles and scenic hikes in Hokuriku, along the second half of the Mitsuboshi Kaidou drive...

What is the Mitsuboshi Kaidou?

The Mitsuboshi Kaidou is a 200km stretch of road in the Hokuriku, Hida and Shinshu region of Japan – an area known for its rugged mountains and rural farmland, speckled with historic cities. The road literally translates as ‘three-star road’ (mitsu = three/ boshi = star/ kaidou = highway/road), and connects five ‘three-Michelin-star’ sites, as introduced in the Michelin Green Guide Japan.

The Mitsuboshi Kaidou route begins in the far western city of Kanzawa (sometimes called ‘little Kyoto’), passing through the iconic regions of Gokayama, Shirakawa-go and Takayama, before reaching its finale in the city of Matsumoto – a three-hour drive east of Tokyo. It’s a route famed for its multiple UNESCO Heritage sites, as well as some of Japan’s most beautiful scenery.

Read on for eight travel highlights between Takayama and Matsumoto – the second stretch of the journey. Or you can discover the first part of the journey here.

The second stretch: Takayama to Matsumoto

The cities of Takayama and Matsumoto lie in neighbouring prefectures: Takayama is in the mountainous heights of Gifu, while Matsumoto stands on the plains of Nagano prefecture. The landscapes that stretch between them are spectacular: towerning Alps, thundering rivers, and quiet valleys where hot spring villages can be found. Travelling between them by car is the easiest option, although heavy snowfall can sometimes make the roads harder to traverse.

Whichever time of year you choose to visit, there’s always plenty to see and do. Takayama is known for its colourful festival held in both spring and autumn, considered one of the best in Japan. Matsumoto is an excellent base from which to head into the Japanese Alps: great for hiking in summer and onsen bathing in winter. Both make an excellent second half to the Mitsuboshi Kaidou drive.

Here, are seven highlights between these two historic destinations... 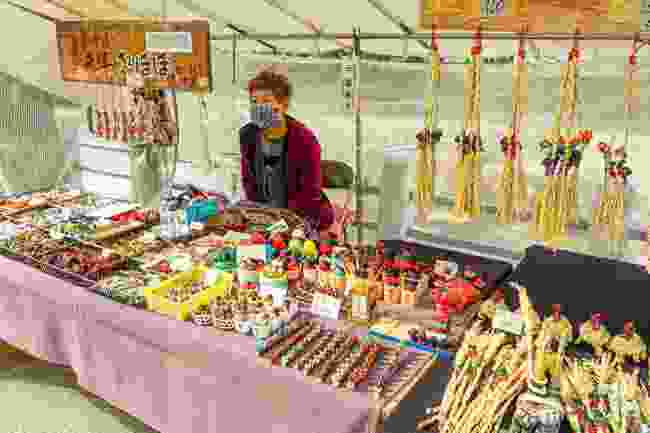 Spend the morning at Miyagawa market in Takayama – one of the three majors morning markets in Japan, selling everything from flowers to pickles to fresh produce. It takes place beside Miyagawa River in the old town. On the river side, there are around 50 open-air stalls stretching about 400 metres, from Kaji bridge to Yayoi bridge – a scenic spot for some pictures (especially in the morning when the mist clings to the river). 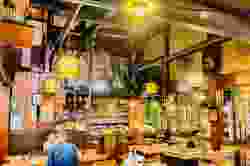 If you finish your market visit by lunchtime, head to nearby Kyoya (1-chome-77 Ōshinmachi) – a traditional wooden restaurant with tatami mats. Their speciality is the ‘hoba miso set’: melt-in-your mouth Wagyu beef with miso, grilled atop a magnolia leaf. 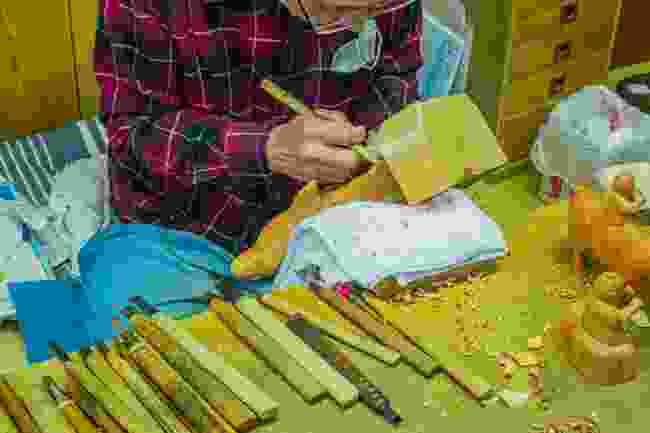 Takayama’s has a long history with carpentry and it continues even now in the form of Ichii-Ittōbori – a style of wood carving that began in the 19th century, using ‘ichii’ (yew trees) that grow in the mountains nearby. The woodwork is beautiful and complex, using 40-50 different types of chisel to complete the final piece. Throughout the old town, you’ll find shops dedicated to this humble craft. 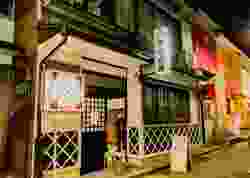 Wander up and down the old town’s quiet streets in the evening and you’ll find Hankyu Dojo (11 Asahimachi) – an archery range where you can practice Hankyu, a casual style of archery. It’s only open at night, but it makes for a fun after-dinner activity.

3. Get purified in a temple 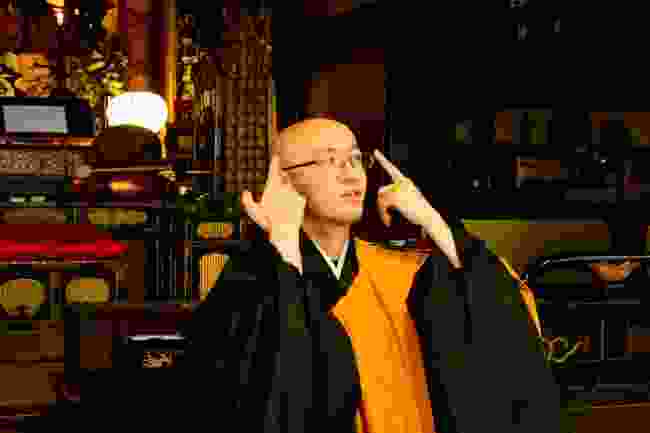 Get purified in a temple

In Japan, there are around 400 temples dedicated to the deity of Zenkoji Nyorai, with only about 200 that are formally allowed to bear the name ‘Zenkoji’. In the prefecture of Gifu, there’s only one such temple: Takayama Zenkoji, located at the heart of the city,

At this temple, you can try the practice of ‘kaidan-meguri’ – a short ‘pilgrimage’ in which you descend into the basement beneath the main hall, where you’re plunged into total darkness. The darkness is said to represent the outside world, in which we tend to be blind with greed and jealousy. Feeling your way through the tunnels, you have to focus on following the route until you can find a hidden ‘lock’, which – when touched – represents purification from your sins. It’s an unusual but gratifying experience, as long as you can find your way out... 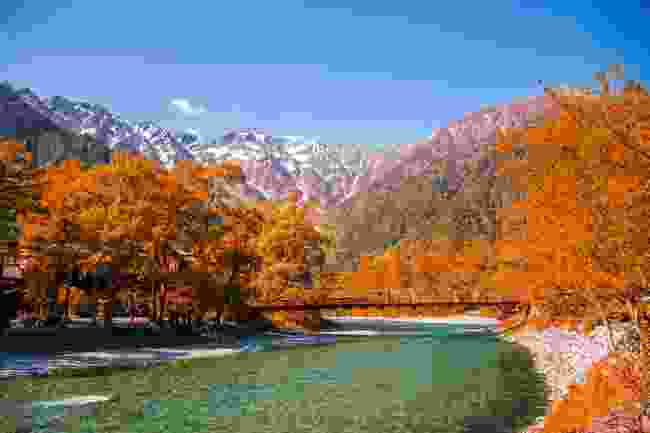 Kamikochi, a highland valley in Matsumoto City that's tucked into the Hida mountain range in the Japanese Alps is a place of untouched natural beauty, where enormous lakes reflect the mountains like mirrors, and mist clings to the silver birch.

Located at the attitude of located at an altitude of 1,500m, Kamikochi is an ideal area for hiking. You can follow the trails along the Azusa River, where you’ll likely see monkeys wandering near the water’s edge. You can even spend a night camping here at one of the three campsites, which have both cabins and fixed tents. Konashidaira Campground is located along the Azusagawa River, while Tokusawa Campground overlooks Mt. Hotaka among the bird-singing trees. 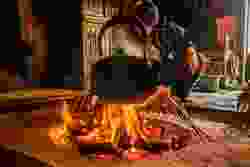 Located around a two-hour hike from Kappa Bridge – a suspension bridge that often forms the starting point of hikes – you’ll reach the picturesque Hotaka Shrine, with a 140-year-old restaurant next door called Kamonjigoya. Here they serve fresh-caught iwana (a locally-caught spotted char) grilled over the ‘irori’ fire pit at the heart of the restaurant. 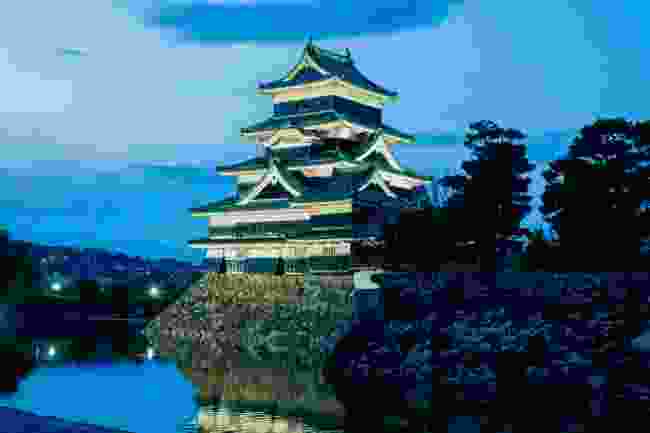 Matsumoto has always held a significant status in Japan as a historic castle town, home to one of the oldest remaining keep in the country. Some of this history is still reflected in the old streets, especially Nakamachi Street and Nawate Street which are well-worth a wonder. 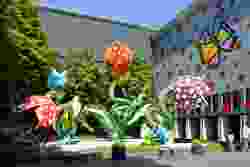 After you've seen the castle, head to the Matsumoto City Museum of Art to admire its most popular attraction: a permanent exhibit by Yayoi Kusama called Visionary Flowers. You'll see the art straight away as it is displayed outside near the entrance of the museum.

Please note, the museum will be close due to renovation for one year from April 2021. 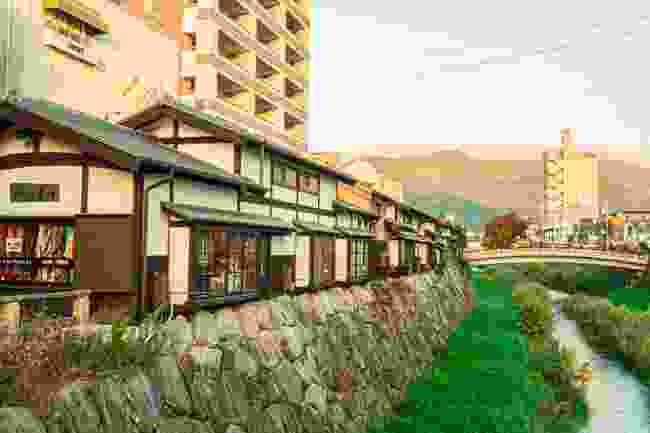 Nakamachi Street features rows of black and white geometric-designed storehouses, home to traditional crafts and charming cafés. You’ll find several natural spring wells along the street, as well as a restored sake warehouse called Kurassic-kan. Nawate is similar but even smaller, home to tiny stalls, knick-knack shops and bakeries. There’s also a subtle but recurring ‘frog theme’, intended to signal a safe return home for visitors (the word frog in Japanese – ‘kaeru’ – sounds the same as the word to ‘return home’). Grab a coffee at Coffee Marumo – a ryokan (inn) dating back to 1868. The historic building (built in a ‘kura’ log cabin style) stands on the banks of the Metoba River, between Nakamachi and Nawate streets.

7. Soak in the hot springs 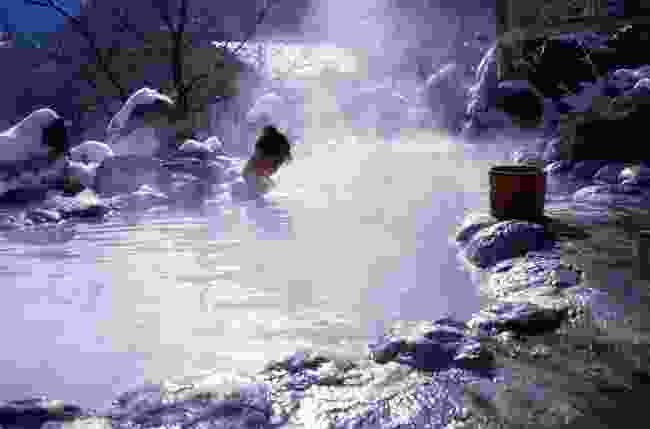 Soak in the hot springs

The city of Matsumoto is blessed with numerous natural hot spring areas, where silky warm water bubbles up from the earth. These bathhouses are wonderful at any time of the year, especially if they have an open-air bath: feel the chill of a crisp spring morning, listen to a chorus of cicadas in summer, catch the red leaves tumbling in autumn, or watch the steam rise to meet your breath in winter, when snow lies all around.

In the centre of Matsumoto, you’ll find Asama Hot Springs, a bath house with more than 1300 years history. For a more rustic experience though, head out of the city to Shirahone Hot Springs – surrounded by forest in the Japanese Alps. The water here is famed for being milky white, said to be good for warding off illnesses (legend has it that spending three days in Shirahone will keep colds at bay for three years). There’s also Gakenoyu Hot Springs, which offers sweeping views of the city and Alps from the open-air baths. Bathe at night to watch the stars shine among the mountains.

Find out more about the Mitsuboshi Kaidou on the official website.