Best of the outdoors: 9 spectacular trails to hike or bike in Lleida

Pedal, plod or zoom your way through the heart of the Pyrenees with these 9 trails that are perfect for hiking and biking

Lace up your hiking boots or hop on a bike and let your mind drift in Lleida's outback. There are canyons to be conquered, rural regions to be cycled, and craggy Pyrenees summits to be scrambled. There isn't a mountain high, nor a valley low, not even a river wide enough, to keep you from exploring these nine great outdoor trails in Lleida. 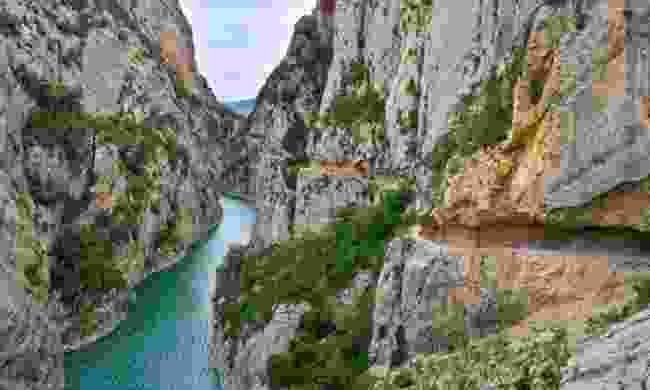 The region's most dramatic gorge slices through the Montsec escarpment, hewn from the rock by the turquoise waters of the Noguera Ribagorcana river. Catch the waterbus to the drop-off at La Masieta, then prepare to be awestruck as you traverse a track etched into 500m-high cliffs, watching bearded vultures and golden eagles soaring overhead, kayakers paddling below and the jagged ruins of the Castell de Girbeta silhouetted against distant, snow-capped Pyrenean peaks over your shoulder. Three or four hours of hiking through forests and crags brings you to the lookout at the Ermita de la Mare de Déu de la Pertusa chapel for panoramic views along the valley and across to Aragón.

Try this: The Rus Trail - a short (8.6km) but testing hike through the glorious Riquerna Valley to the Rus Pass and into Aiguestortes National Park. 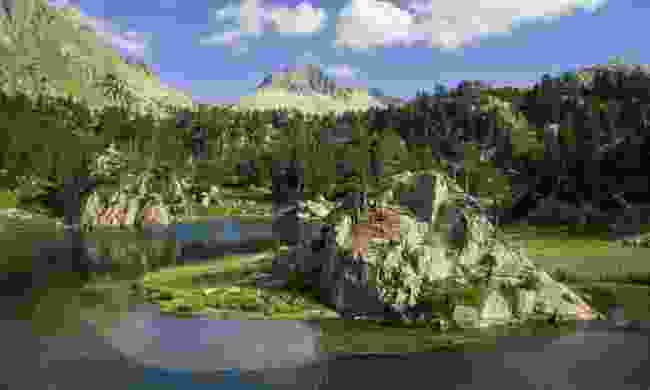 Taste the high life in the Pyrenees - by foot

Set aloft on the slopes of the Pyrenees, the Val d'Aran is a world apart - not least for its language. People here speak not Catalan but Aranese, a form of old Occitan (one of the Romance languages). Numerous 3,000m+ peaks snake over 300km of waymarked trekking routes, the finest of which link this five-day loop trek from the valley's capital, Vielha. Tramp traditional dark-stone villages, high mountain pastures and gushing rivers through wild, remote Aiguestortes and Estany de Sant Maurici National Park on a challenging but rewarding circuit.

Try this: Setau Sageth (setausageth.com) - another 92km circular trek through Val d'Aran and Aiguestortes NP. There are over 400km of mountain-biking routes here, too.

Other routes to hike or bike 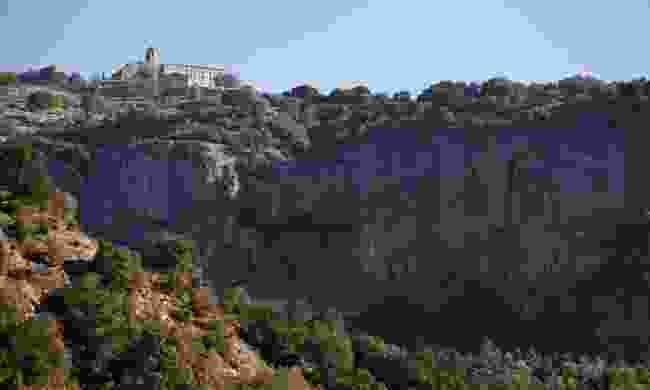 Find sanctuary on a striking ascent - by bike

Stretch those legs on an easy but hilly circular cycling route from the Vall de Lord Tourism Office in Solsones, a rural comarca (district) famed as the 'region of 1,000 farmhouses'. From the pretty, historic village of Sant Llorenc de Morunys, it's an undulating pedal past the medieval Church of St Serni del Grau up to the Santuari de Lord, home to an ancient 'black Madonna' and spectacular vistas across the canyon beneath.

Try this: The Bofia (lavalldelord.com) is a more challenging 38km circuit into the mountain range of Port del Comte, via high meadows and black pine forests. 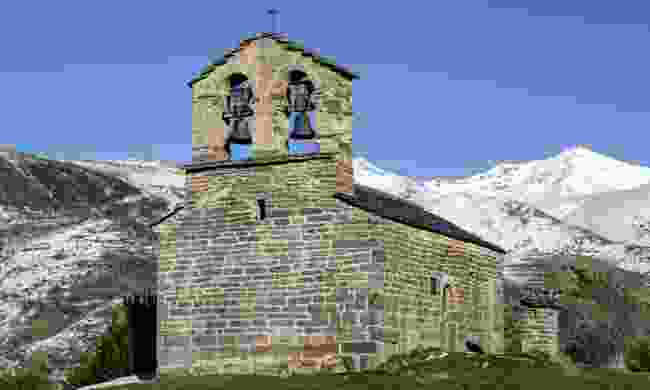 The lofty Boí­­ Valley is famed for the glories of its Romanesque churches - and the hiking's pretty transcendental, too. A network of traditional trails laces the Ribagorca region, recalling times past when farmers tramped the droving tracks and bridle paths that today provide endless opportunities for exploring on foot. Scale the heights on a full day's walk from the spring at Font de la Mena alongside the Noguera rivers and up to the thermal springs at Caldes de Boí­­, where you can soak aching limbs or enjoy a spa treatment.

Try this: The Romanesque Route 1, a 16km, five-hour hiking circuit taking in the best of the Boí Valley's delightful villages and their Unesco World Heritage-listed churches. 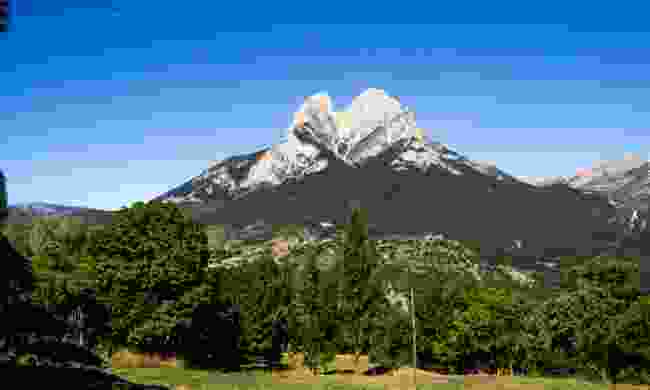 Pedal for peak practice - by bike

The mighty double-headed mountain of Pedraforca (2,506m) dominates the southern reaches of glorious Cadí­­-Moixeró Natural Park and looms over this testing two-to-three-day loop. Saddle up and prepare for some serious ascents - the highest point of the trail reaches nearly 2,200m at the Estivella Pass. Mostly traversing pine-scented forest trails, there are some adrenalin-pumping downhills and spectacular Pyrenean vistas to counter the long climbs.

Try this: BikeFosca (bikefosca.com), a three- or four-day flexible route of around 225km through the Vall Fosca ('Dark Valley') - choose all-mountain or cross-country versions to maximise or reduce single-track downhill sections. 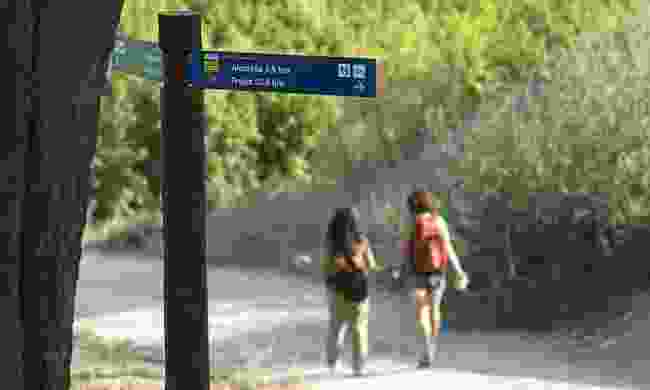 Tackle the alternative Camino - by foot

The best-known of the pilgrimage routes to Santiago de Compostela in Galicia runs parallel to Spain's north coast - but that's just one of numerous trails zeroing in on the saintly city from all parts of Europe. Now the Catalan stretch from the famed monastery at Montserrat (near Barcelona) to Alcarrás has been signposted, creating a dream trek traversing the entirety of the Lleida province before continuing through Aragón. Following an old Roman road, hikers encounter hermitages, Romanesque churches and the ancient rock-top cathedral (Seu Vella) at Lleida.

Try this: El Camí­ Ignasia (caminoignaciano.org), another long-distance trail tracing the route taken in 1522 by the eponymous saint from his home in Loyola in the Basque Country to a cave in Manresa - 183km of it runs through Catalonia.

7: Pedals of the Canal d'Urgell 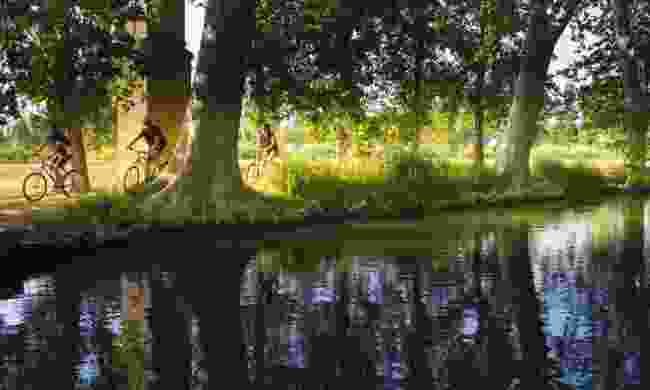 Go with the flow alongside a canal - by bike

Afraid of heights? Try the flat, fertile region in Lleida's south, where you'll find attractively easy cycling, which is made more appealing by the off-road trails running alongside the historic Canal d'Urgell. This relatively gentle two-to-four-day circuit from Juneda follows tree-shaded tracks between towns packed with gastronomic marvels - perfect for families and gourmets alike.

Try this: The short route from Torres de Segre to the Utxesa reservoir in the far southern district of El Segriá passes a large colony of white storks. 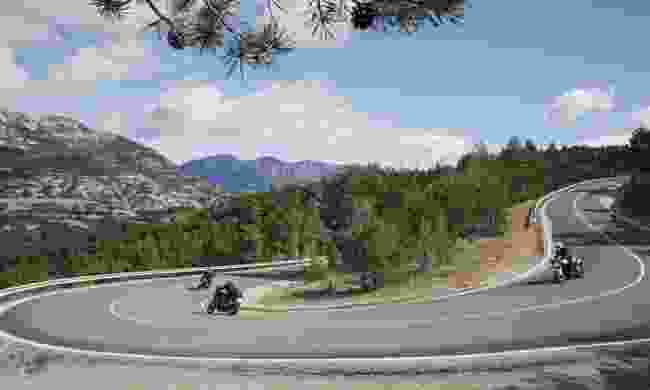 Full throttle through the Pyrenees - by motorbike

Love the thrill of opening up on empty roads? The Moturisme (moturisme.aralleida.com) initiative pieces together ten of the finest routes around Lleida province, as well as providing details of motorbike-friendly accommodation and accredited services. The Trans-Pyrenean route does what it says on the tin, connecting the idyllic hamlet of Prullans via sweeping secondary roads through countless charming villages to the Boi Valley, with its famed churches and finger-licking cuisine.

Try this: The 205km Mountain Pass Route (moturisme.aralleida.com) sweeps through the lofty Val d'Aran on the French border and across some of the region's most dramatic cols. 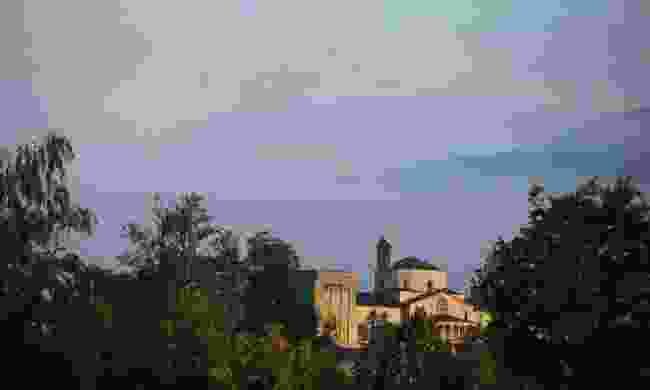 Ride south to a shrine of motorbiking - by motorbike

With an engine beneath you, you can max out the region's attractions. A full day's ride through the eastern part of Lleida province starts from historic Seu d'Urgell (don't miss its cathedral and traditional market) south through the Pyrenees, via ample fuel stops - try artisanal cheese in Seu d'Urgell, almond nougat and chocolate in Agramunt - and finishes by penetrating the 14th-century walls of Cervera to visit the museum dedicated to world moto-racing champs (and brothers) Marc and Alex Márquez.

Try this: The 206km North to South route (moturisme.aralleida.com) also traverses a goodly chunk of the region, including capital Lleida - try the delectable local grilled snails with garlic aioli.