From spectacular national parks and pristine gorges to world-class stargazing, here's where to immerse yourself in the great outdoors in Lleida

With old castle ruins tucked into cliff edges, winding turquoise rivers and lush pine forests, getting lost in the great outdoors never sounded so appealing. Take your pick from these seven wild natural spaces that are home to an abundance of walking trails and spectacular views, no matter how high or low you choose to hike. 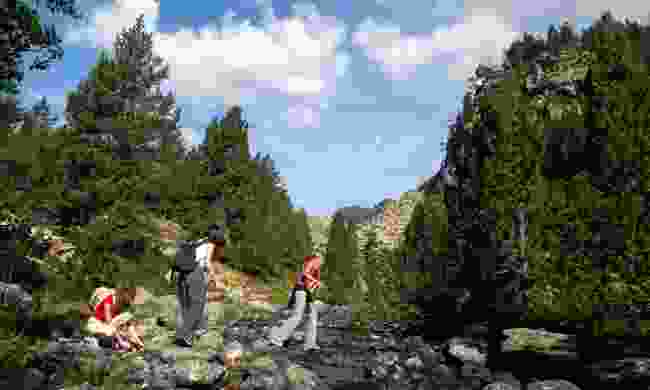 Encompassing Lleida’s most dizzying heights, this national park is where mountains topping 3,000m meet a torrent of crystal-clear estany (lakes) and aigüestortes (twisted waters). Its alpine meadows are flush with wildflowers; its slopes wear cloaks of fir and pine; chamois and marmot skip and squeak amid the valleys; and bearded vultures soar high above. The park is heaven for hikers, with routes to suit all abilities, from accessible strolls near forest-fringed Sant Maurici Lake to harder long-distance hikes that trace remote trails.

Try this: Tackle the Carros de Foc (Chariots of Fire), a tough-but-worth-it 55km trek across the loftiest parts of the Catalan Pyrenees.

Best for: Hundreds of hikes and snowshoe stomps

Known for: Catalonia’s only national park – a Pyrenean paradise 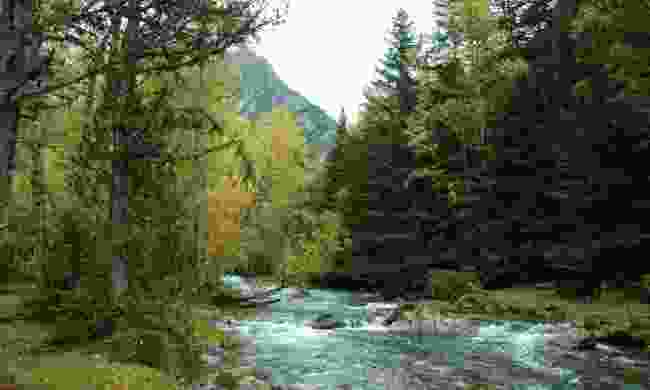 Catalonia’s highest mountain, Pica d’Estats (3,143m) sits within the large, lush, ecologically rich and geologically varied Alt Pirineu. The park is also home to the region’s largest glacial lake (L’Estany de Certascan) and one of its deepest potholes (La Cigalera de l’Obaga de Valeran). But it’s the centuries of human inhabitation that makes Alt Pirineu so fascinating to explore. Trek or cycle here not only for jaw-dropping views but also to appreciate the ancient archaeology, historic sites, mountain villages and traditional farms that have helped shape the land you see today.

Try this: Follow the Medieval Bridges Route by bike, horse or on foot – this network of bridle paths links a series of old stone spans that cross the Noguera de Cardós River.

Best for: Combining Catalan culture and the great outdoors

Known for: The biggest park with the highest peak 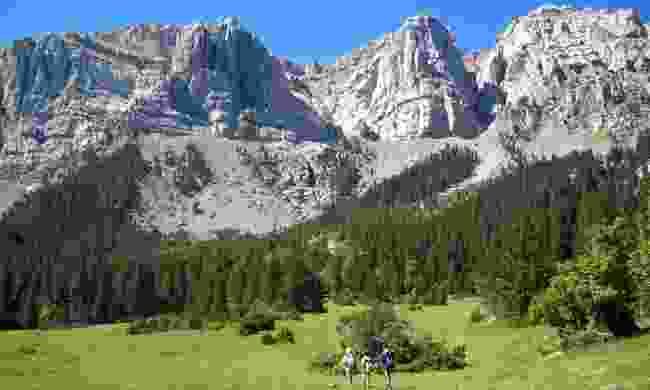 Together, the Cadí and Moixeró ranges form a formidable 30km-long barrier in the pre-Pyrenees that includes twin-peaked Pedraforca, Catalonia’s most recognisable mountain. But while these peaks might seem impenetrable to all but the birds, they are riddled with dramatic and history-soaked hiking routes. For instance, the Reapers’ Route, from the village of Gósol to the mountain town of Bellver de Cerdanya, crosses a high pass used by centuries of muleteers and highwaymen, and was once walked by Pablo Picasso; Gósol is even home to a Picasso Museum.

Try this: Follow the Path of Good Men through the park into France – it follows the escape paths used by the Cathars as they fled the Spanish Inquisition.

Best for: Walking with history

Known for: Home to the region’s most emblematic mountain 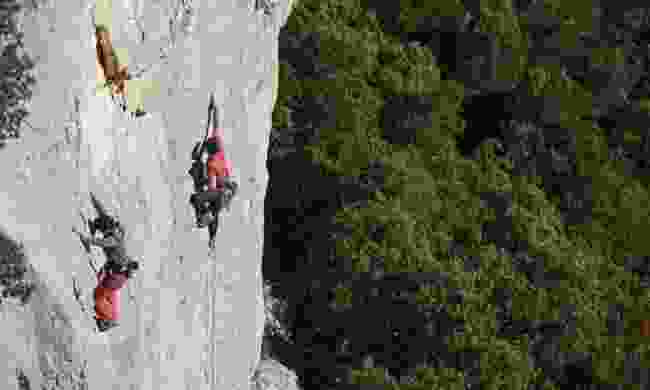 Climbing out of the Montsec Valley (Oriol Clavera)

The rivers gushing down from the high Pyrenees have been particularly creative in this territorial park, carving through the limestone to create jaw-dropping gorges and ravines. Slicing through the Montsec range you'll find the tranquil waters of Mont-Rebei Gorge, which forms a natural boundary between Aragon and Catalonia. It also provides one of the most breathtaking natural playgrounds. Not crossed by any roads or railways, the Mont-Rebei Gorge is nature at its most pristine. The only ways to explore are via the narrow mule track scored into the limestone or by hopping in a canoe or kayak to paddle the turquoise waters below.

Head out of the water and take to the cliffs for world-class climbing, with rock faces available for all abilities. There are trekking routes that descend into valleys via frontier castles and rocks rich in dinosaur fossils. There are mountain-biking trails that bound down age-old paths, and there are chances to raft the wild white-water rivers that created all of this spectacular terrain.

Try this: Keen climbers should head for the Bruixes (Witches) Wall, one of the world’s hardest sport climbs.

Best for: Climbing, canyons and castles in the Collegats-Terradets, or vertiginous hiking and peaceful paddling around Mont-Rebei Gorge.

Known for: River-riven limestone landscape, seemingly sculpted for adventure away from the crowds. 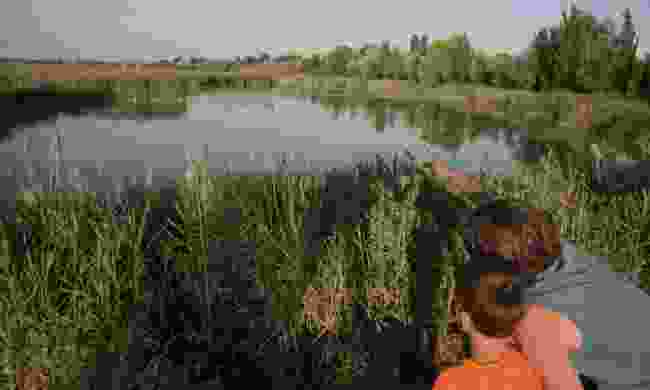 This wondrous wetland is a true phoenix from the ashes. In the 1950s it had completely dried up, but a concerted conservation effort has seen it restored – now, 210 bird species can be spotted here. Hire a pair of binoculars and go spotting from the cycling, hiking and horseriding trails around the pool. You might see black-winged stilts wading in the water, white storks on their nests, or whiskered terns flitting amid the reeds. In winter, huge flocks of ducks, gulls and lapwings descend for the season.

Try this: Follow the Ornithological Route through Lleida, from the southern plains to the Pyrenean highlands, via the pool. The varied landscapes provide homes to a huge variety of birds – Catalonia is home to 400 species, 90% of which can be found in Lleida.

Best for: Hiking and biking with an abundance of avifauna

Known for: The largest inland lake and a Special Protection Zone for Birds 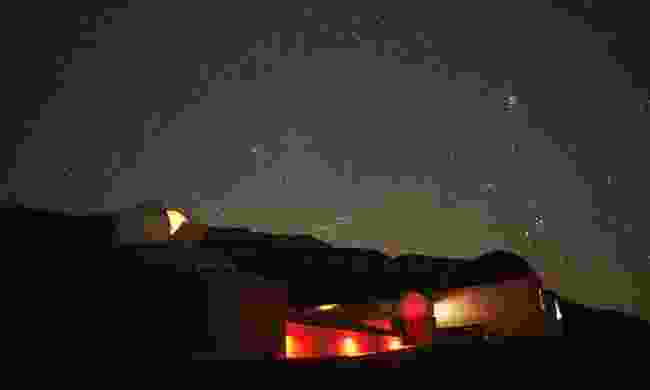 It’s all happening in the skies above the Montsec range. These remarkable mountains are overflown by an array of birds of prey, from golden eagles to bearded vultures. But they also produce some of the best thermals, ideal for hang-gliding and paragliding – so you, too, can get a bird’s eye view. After dark, things get even more dazzling. Designated a Starlight Reserve, Montsec boasts brilliantly clear, dark skies for astronomy, and high-tech facilities such as the Universe Observation Centre and the Telescopes Park mean you can take a closer look at the constellations flickering above.

Lleida is a great place to appreciate the sky without even leaving the ground. The Montsec range has been designated an official UNESCO Starlight Reserve, thanks to its low light pollution and ideal weather conditions. Even with the naked eye, the stargazing is out of this world. To get a closer view, visit the Montsec Astronomy Park, where a huge telescope can zoom right in on the heavens above.

Try this: Drive the Arnau Mir de Tost route, a trip back to the 11th century when the Montsec range was the frontier between Muslim and Christian territories. Castles, watchtowers and churches dot the roads through the mountains.

Best for: Astronomy and aerial adventures

Known for: Astonishing skies in a UNESCO Starlight Reserve

7: The Val d’Aran, a biosphere destination

Val d’Aran has recently received worldwide recognition by becoming the world’s first mountain destination to receive the Biosphere Responsible Tourism certification awarded by the Responsible Tourism Institute, an organisation associated with UNESCO and the World Tourism Organization. This denomination recognises the sustainability and responsibility of the tourism organised in the valley.