Year-round adventure awaits on the Isle of Wight: travel inspiration for every season

Whatever the weather and whenever you decide to visit, the Isle of Wight is waiting for you...

The Isle of Wight may be just 10 minutes from Portsmouth by hovercraft, but once you’ve escaped the city you’ll feel a world away from the mainland. The Island has all the familiar comforts of home – Sunday roasts, rolling hills, even an old Tube carriage that shuttles passengers around the Island’s east coast – and yet, whichever season you decide to go, a visit here still feels like a faraway adventure, no passport required... 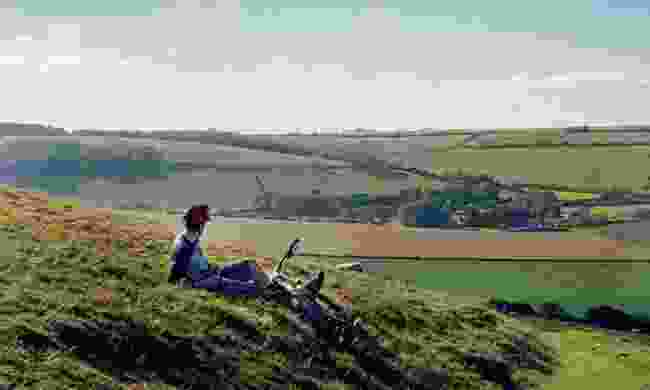 With its farmland, salt marshes and gorse meadows spread atop chalk cliffs that plunge into the sea, it's little wonder that over 50% of the Isle of Wight is an Area of Outstanding Natural Beauty. That richness attracts diverse wildlife, too. Keen twitchers should keep their eyes to the skies to spot sea eagles soaring over coastal areas, as well as Glanville Fritillary butterflies around the Island’s southern cliffs, which are rare in the rest of the UK. On woodland strolls, you can spot bats, hazel dormice and even endangered red squirrels. The Island provides a home for rare flora too, so be sure to keep your eyes to the ground for the Early Gentian, a lilac star-shaped flower that only blooms in May and June.

Those who prefer to explore the natural surroundings on two wheels should hire bikes from Wight Cycle Hire in Yarmouth and pedal along the Yar riverbank before veering off on to country lanes. Or, for a more challenging ride, commit to the aptly-named Round the Island route, which takes you on a 100km tour of the Isle of Wight. Whether you decide to explore on foot or by bike, as one of only seven places in the UK awarded UNESCO Biosphere Reserve status for its unspoilt landscape and biodiversity, you won’t be short of scenic views. 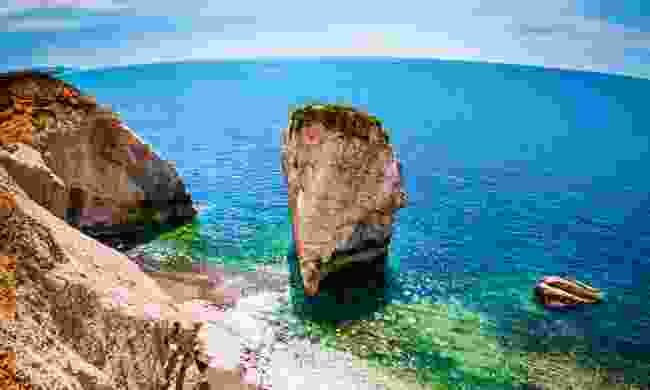 Choose from 14 beaches on the Isle of Wight

With its sailboats, sandy beaches and gin-clear waters, on sunny days, you’d be forgiven for thinking you were in the Mediterranean rather than mere kilometres from mainland England. On the Isle of Wight, you’re never more than 20 minutes from the sea, so make the most of the coast by taking a dip. While away the days with barefoot strolls along the sandy beaches, counting crabs in rockpools and hunting for fossils, before filling up on a plate of fresh fish and chips.

If you’re keen to try something new, then seek out the naturist beach at Rocken End near St Catherine’s Point. If that’s not quite the adventure you had in mind, how does cantering along Appley Beach in Ryde on horseback sound? Book a ride with the Island Riding Centre. Elsewhere, head out on the water and paddleboard to caves in Freshwater Bay, kayak past beach huts as colourful as a circus tent along Shanklin Beach or surf, windsurf or kiteboard in the windy west at Compton Bay.

Visit in June to watch the Round the Island Race, and in early August to attend Cowes Week, which has been going since 1826. Both events attract around 1,000 boats and make for a fun day out.

Make the most of the longer days and warm summer evenings by staying overnight on the Harbour Houseboat in Bembridge, or glamp in a yurt or bell tent. 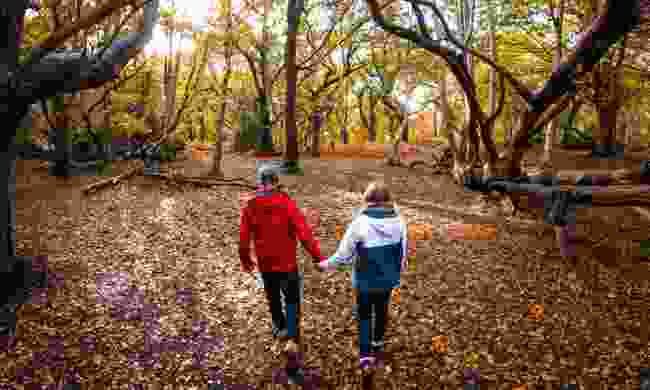 Enjoy autumn walks on the Isle of Wight

Set your watch to Island time, strap on your walking boots and set off on a bracing hike across the clifftops to inhale the scent of the sea. Start in Alum Bay to see The Needles, chunks of chalk that jut out of the water like crocodiles’ canines. Walk over the meadows to Tennyson Down to see the Celtic cross erected in memory of the poet Tennyson, who once lived in a house nearby.

From Freshwater Bay, follow the coast to Compton Bay then cut inland to Mottistone Gardens and Estate and the Neolithic monument known as The Longstone. Further south, a path near Blackgang Beach guides walkers to the medieval lighthouse of St Catherine’s Oratory, affectionately known as the Pepperpot.

Before setting off on a walk, visit The Garlic Farm to pack a picnic with garlic jam. Farmers’ markets also sell local produce such as Gallybagger from the Isle of Wight Cheese Co, tomatoes from The Tomato Stall, Briddlesford butter and sourdough baked by Island Bakers, a duo who once worked at Buckingham Palace. 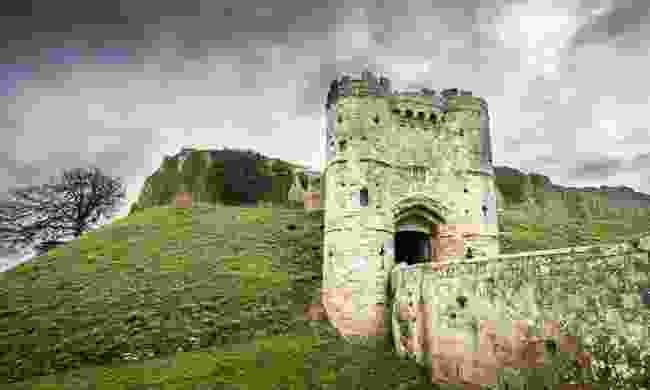 Even in winter there’s heaps to do on the Isle of Wight. Ride a restored Edwardian steam train from Havenstreet with The Isle of Wight Steam Railway, which terminates at Wootton. Osborne House, Queen Victoria’s summer home, is nearby. Now an English Heritage property, you can tour a drawing room decked in buttercup yellow satin and the Durbar Room, a ceremonial dining room with intricate Indian-style plasterwork.

Carisbrooke Castle also gives a glimpse into the past, as it dates back to the Norman conquest and was used to imprison King Charles I in the mid-17th century. Explore the moat and walls, which offer panoramic views across the Island.

Warm up by a fire in a pub such as The Buddle in Niton, where you can order a Sunday roast and a pint of Island Ale. Or order the catch of the day at Smoking Lobster in Ventnor alongside a tall glass of crisp Mermaid Gin and tonic.

Whether you stay in a converted helicopter in Newport or a grand villa near Chale, no doubt you’ll feel as cosy as if you were at home.

For more information and to start planning your dream journey to the Isle of Wight, head over to the official website.