India is a nation of colour and variation with flavours and spice varying incredibly throughout the sub-continent. Here are three of the best recipes to try.

The curries, naan bread and bhajis of the north and the thalis, dosas and chapattis of the south vary in taste, spice and aroma. In Northern India, dishes such as lamb jalfrezi, butter chicken and spinach paneer combine to create a kaleidoscope of colour and tastes. In Gujarat to the west you can really taste the Parsi influence of Persian settlers from the 8th century in vegetarian foods such as pav bhajis.

In the south, flavours change considerably - Southern Indian cuisine is predominantly vegetarian. One flavour that dominates is the coconut from which you can get milk, the hard white flesh, oil and cream. Here are three distinct flavours from around India...

We start our quest with a simple appetiser from the north. The Punjab is the home of the balti, butter chicken and baingan bharta. Garam masala is also present in most dishes from the Punjab.

Note that wheat is also prevalent unlike many other areas of India and so parathas and naan breads are incredibly popular.

Sweet Lassi is loved by Punjabis and widely across India. Made from beaten curd and milk, it is served in chilled steel glasses for breakfast or lunch. If your children love milkshakes they will love sweet lassi. 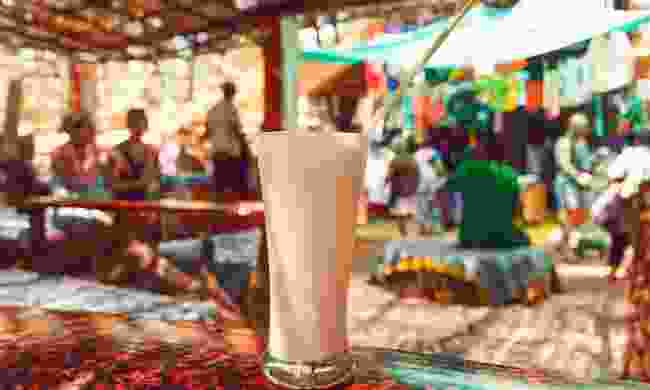 Put all the ingredients together and blend for two minutes and served chilled. Garnish with almond slivers.

Off we go to India’s largest state Rajasthan, situated in the west, for a taste of the iconic laal maans (red mutton curry). Rajasthan has the most amazing architecture and the people are colourful too: dressing in vivid saris and as many jewels as they can carry. This dish is equally colourful and usually enjoyed, shall we say, by those with an appreciation of the chilli pepper. Serve with chapattis made from bajra (millet) and garnish with lime wedges. 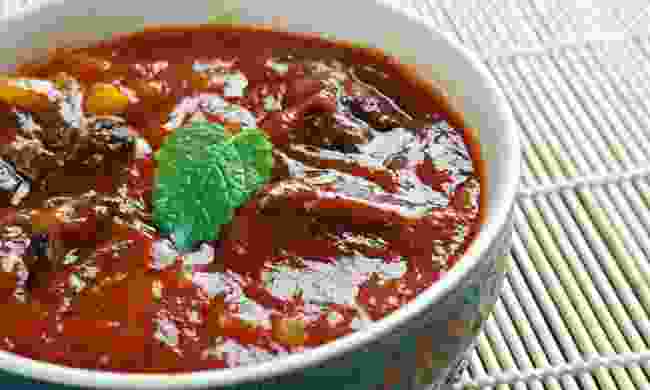 Use a cast iron pot to heat mustard oil and add cloves, cardamom and bay leaf. Next cook the onion until soft and brown. Add the mutton or lamb, chilli, turmeric and sauté for 15 minutes until brown. Add the minced ginger and garlic and reduce the heat, flavouring with a touch of salt. Then add the yoghurt. Cook for a few more minutes before adding the water and ghee. Now add the grated garlic before raising the heat a little, cover the pot and cook until the meat is tender. Allow the curry to rest thoroughly before serving.

In this region tastes can vary incredibly. Yet it is widely accepted that Bengal food has depth because they crush spices rather than powder them which helps to create the aromatic style they are famous for. Bengali-style khichuri is fragrant international alternative to risotto, made with daal and vegetables. Ensure you use crushed spices wherever possible as it lends piquancy to the dish essential to cuisine of the region. 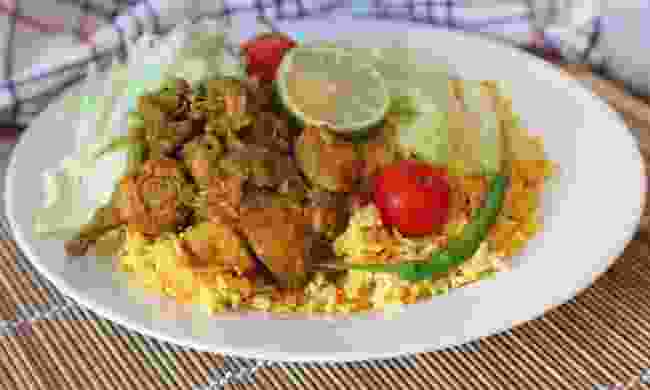 Heat the ghee in a strong non-stick saucepan and carefully add the bay leaves, plus the ground powder you prepared and sauté for a few seconds, then add the onions and after a couple of minutes add ginger, garlic, turmeric, rice and the lentils. Stir and cook on a medium flame for a further 2 minutes. Add 3½ cups of hot water plus the green peas, the French beans, onions, potatoes and chillies and cook for a further 20 minutes, seasoning to taste. Serve hot.

The freshness and quality of exotic vegetables such as okra, daikon and eggplant is really apparent and most vegetables are picked fresh on the day that you eat them. Freshness is an essential quality of food in India. The milk in your Chai tea in the afternoon came from the cow that morning. The eggs were laid on the same day you had them for dinner. The food in India is very fresh so do your best to reproduce these recipes as authentically as possible.

Discover more about Hayes and Jarvis