This island is a wildlife wonderland, where incredible creatures thrive. Seek them out with this mini guide...

Get up-close with Australian sea lions

Australian sea lions are among the rarest breed of their kind. The Seal Bay Conservation Park in Kangaroo Island hosts the third largest colony of this species in the world, and is where groups of them come to sunbathe on the sand. The seals fish out at sea for three days, so they come here for some much-needed R&R.

To see these extraordinary creatures in Seal Bay, you can either take a tour (during which a guide will tell you about the seals and their habits) or you can see them for yourself from the Don Dixon Boardwalk on the beach.

Large groups of wild dolphins and common dolphins live off the coast of Kangaroo Island, many around the shores near the town of Penneshaw. 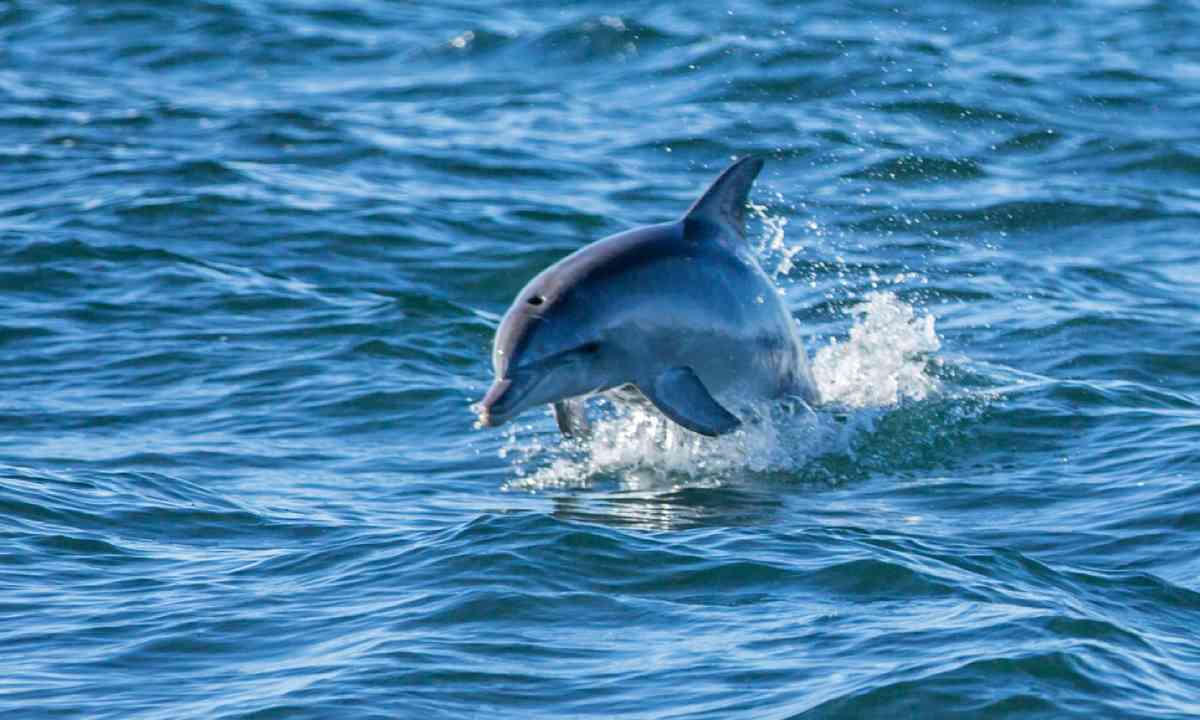 A number of companies run marine safaris on Kangaroo Island, on which you can learn more about these friendly creatures and see them swimming in the ocean. The dolphins are known to come up close to the boats, and legend has it that calves have been born alongside them. Now that's a memory to treasure.

Kangaroo Island Wildlife Park is home to an inquisitive group of emus, and on a tour of the sanctuary you can hand-feed these bizarre-looking birds. 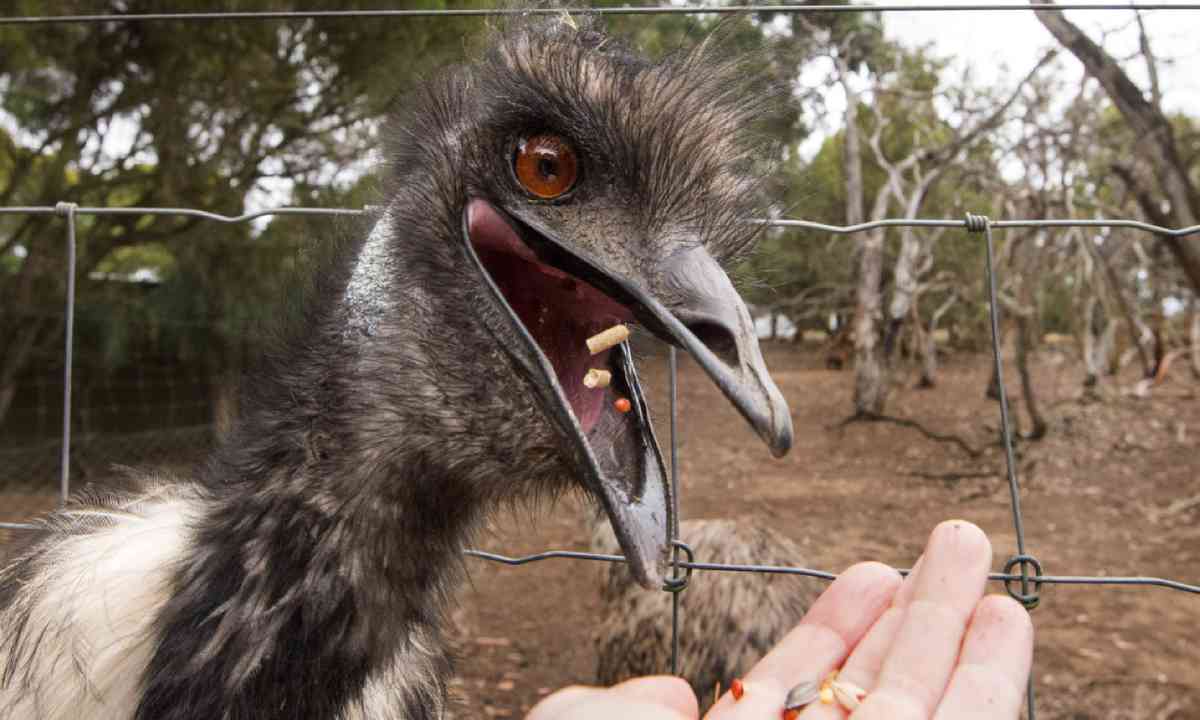 They're an inquisitive bunch, and can get rather animated at the prospect of visitors bringing them grain. Make sure you’re up for the frenzy of feeding time!

Look out for deadly heath goannas

Heath goannas are powerful predators and they're high up the food chain on Kangaroo Island. These cold-blooded creatures can be found roaming woodlands, heaths and forests on the island, often basking in the sun to soak up its warmth. Their diet is varied: anything from spiders and scorpions up to small birds and some mammals. With teeth that curve inwards to keep hold of prey, they make fine hunters. 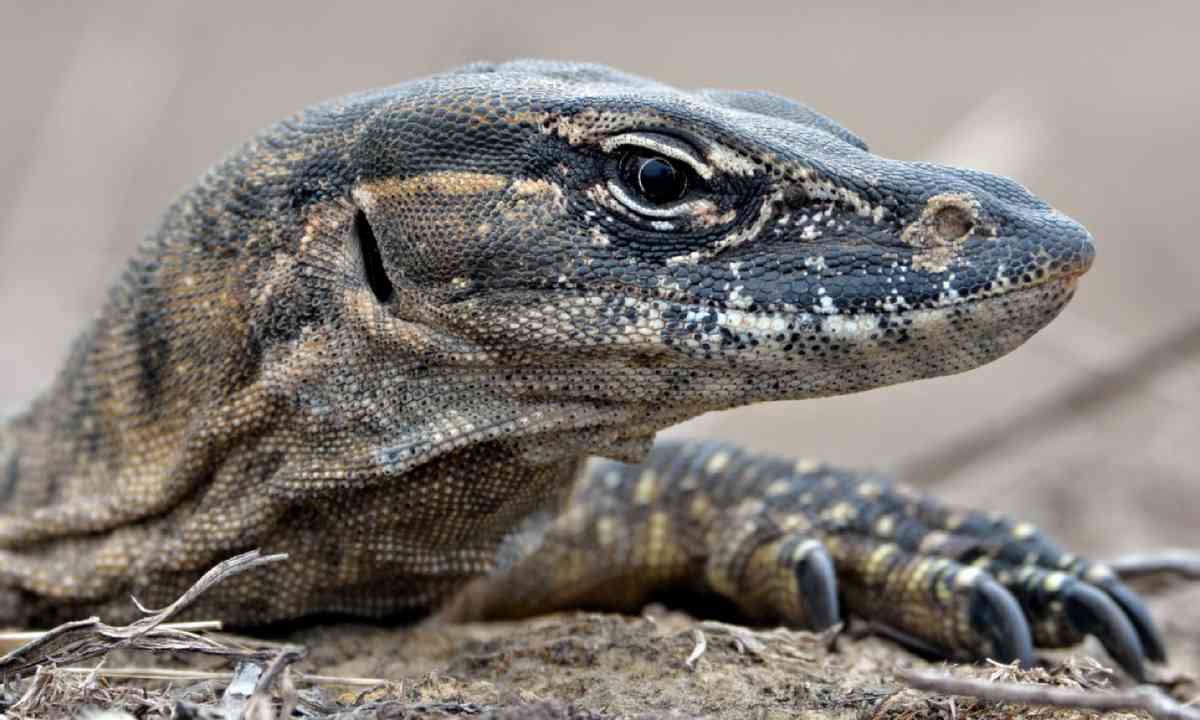 Flinders Chase, Kelly Hill, and Seal Bay Conservation Parks are all prime locations to see these beasts, but make sure you keep a distance of at least 20m away.

Get acquainted with kangaroos

One of Australia’s most beloved critters, kangaroos are a top animal to tick off your Aussie wildlife-spotting list. Kangaroo Island kangaroos are smaller and darker than their mainland counterparts, and you can usually find them on woodland, scrub land or grassland at Lathami Conservation Park, Flinders Chase National Park, and Kelly Hill Conservation Park – among others. They are nocturnal, so it’s best to see them in the early morning or late evenings. 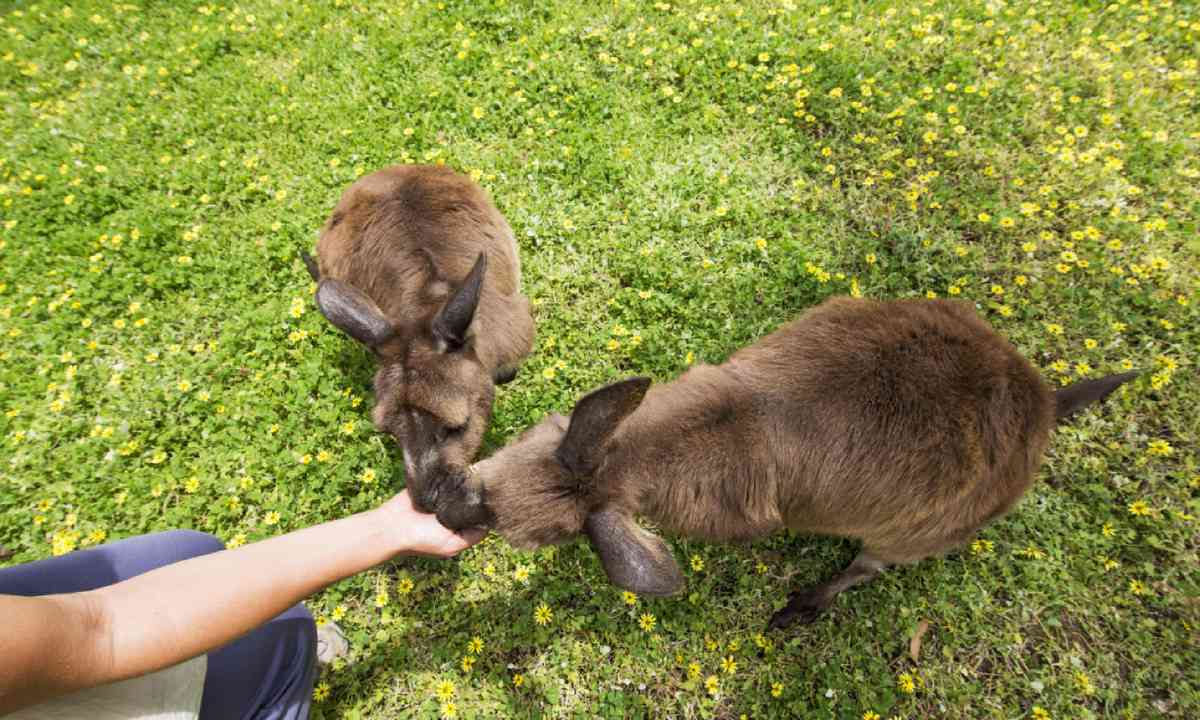 Kangaroos might look cute and cuddly, but they are a force to be reckoned with: the island's natives can jump 1.8m high (6 ft) and run at speeds up to 60mph.

Watch koalas move through the trees

Often found lazing high up in the tops of trees, the koala is another animal synonymous with Australia. That said, they’re not indigenous to Kangaroo Island; 18 koalas were introduced to this lovely spot in the 1920s, and despite only 1% of the land here being suitable habitat for them, Kangaroo Island koalas have thrived. 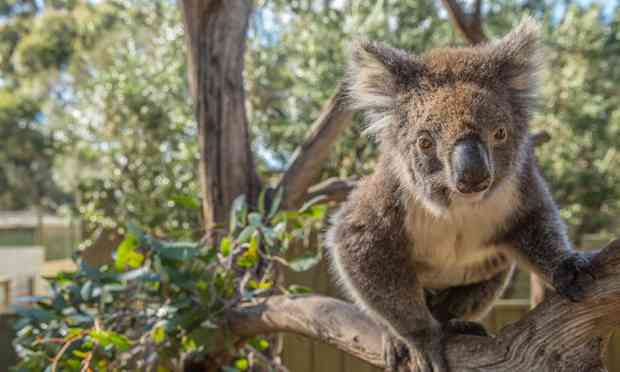 Koalas are quite common on Kangaroo Island (SATC)

The Koala Walk at Hanson Bay Sanctuary is a good place to spot them but don’t expect them to be active – these docile creatures sleep or rest for 18-20 hours per day.

Often found resting in dense ground foliage around Kelly Hill and Baudin Conservation Parks, the tammar wallaby is a timid creature. Kangaroo Island is home to the largest remaining natural population of this species – numbers have dwindled in South and Western Australia because of land clearance and predators. 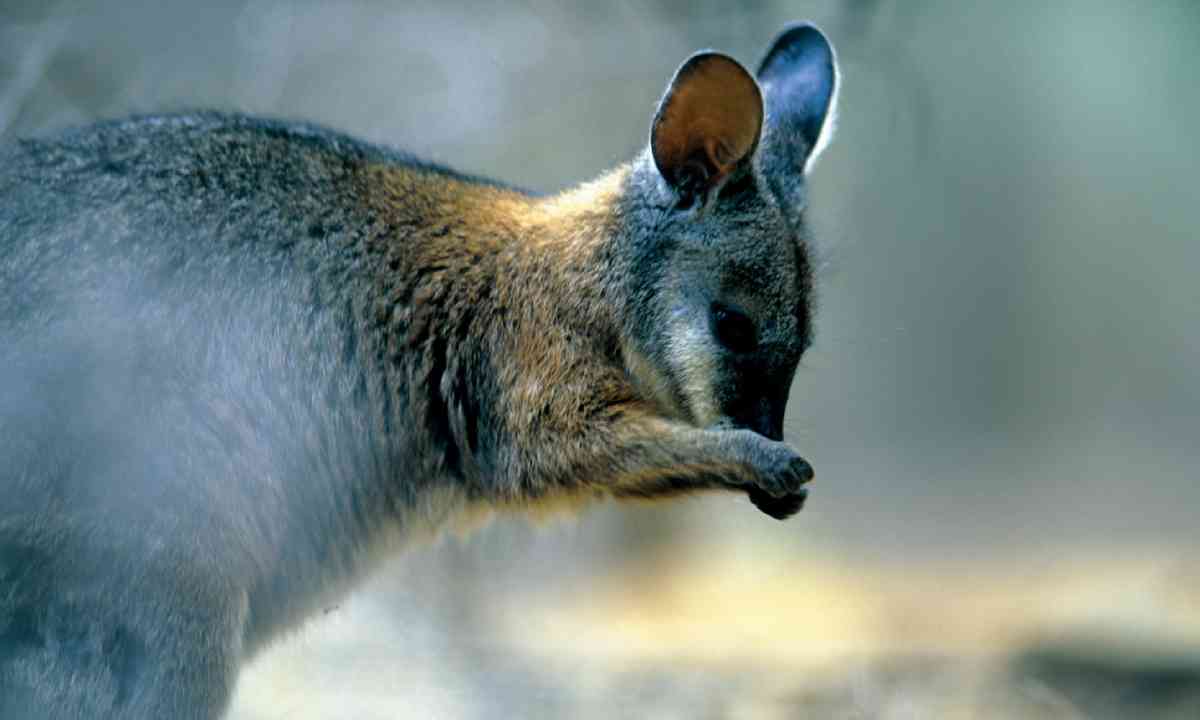 The Tammar Wallaby is nearly half the size of a kangaroo, and like their larger friends they’re nocturnal. Your best bet of seeing a wallaby roaming around is at dusk, when they come out of their shelters to feed.

Pay a visit to the pelicans

One of the most popular activities on Kangaroo Island is to visit to John Ayliffe, also known as the Pelican Man. Every day at 5pm, John steps out onto the deck at Kingscote Wharf and dozens of hungry pelicans flock to his side for a bite to eat. 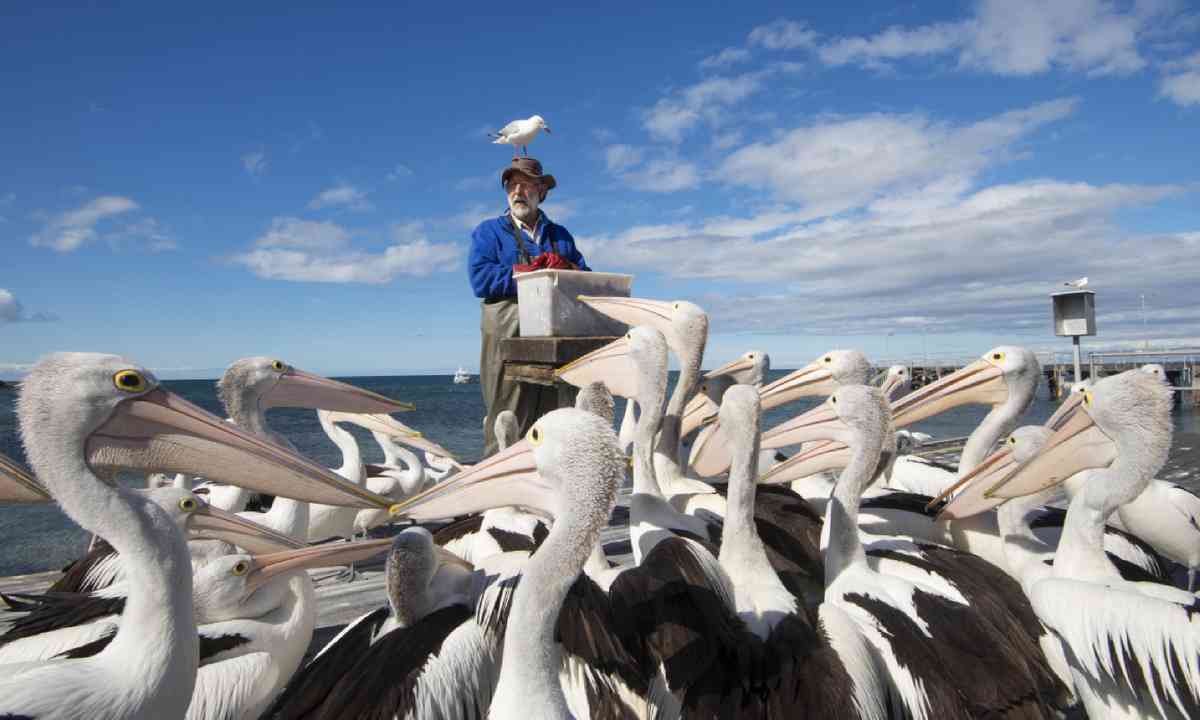 John and the pelicans (SATC)

While these fascinating birds (and often a few stray seagulls, too) squabble over the fish from his large tub, John gives bystanders a talk about the pelicans and bird life on Kangaroo Island. Don’t forget to bring your camera – this is quite a spectacle.

Gawp at the short-beaked echidna

Kangaroo Island is paradise for short-beaked echidnas: they have plenty of leaves and vegetation to bury themselves into, plus few predators to hunt them down. They can often be found snuffling around at Burgess Hike at Kelly Hill Conservation Park, but they’ve been seen all over the island. 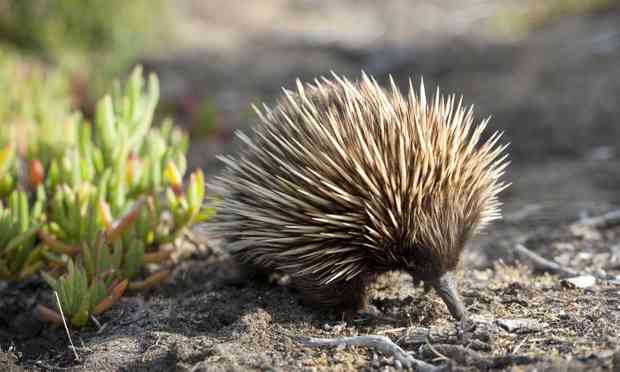 You’ll recognise them by their porcupine-like spikes covering their backs and sides, plus long, thin snouts. The short-beaked echidna is a shy creature, and if they hear you coming (which they probably will – their hearing is outstanding), they’ll curl themselves up into a ball for protection. Tread softly, and you might catch sight of one plodding along.