Adelaide, with its balmy climate, multicultural outlook and packed arts calendar is no longer a secret. We show you how to get there, what to do and what to drink

Adelaideans have always been fond of pointing out that, unlike other big Australian cities, their hometown was founded by free settlers. This convict free past is a rather tongue-in-cheek claim to fame, but the locals have countless other reasons to puff out their chests. With its balmy climate, multicultural outlook and packed arts calendar, Adelaide is no longer a secret. It’s burgeoned hugely in the consciousness of world travellers over the past decade – and rightly so.

The friendly bar and restaurant scene is hip and the festival roster legendary – time your trip for late February or early March to catch the wild Adelaide Fringe, the southern hemisphere’s largest annual arts festival. However, the city still values tradition, too. Top sights include the historic Botanic Gardens, the Central Market (try the cheese) that’s traded for nearly a century and a half, and the Adelaide Cricket Oval, which is almost as old. From nearby Glenelg Beach you can even take a catamaran trip and swim with dolphins. 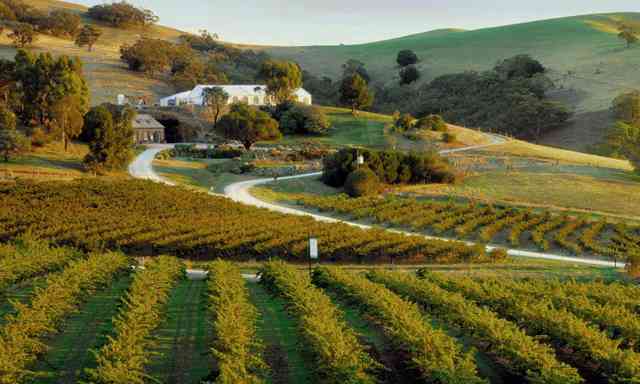 Now to the wine. There are more than 200 cellar doors within an hour’s drive of the city. By looping through the waterfall-speckled Adelaide Hills and winding north to the rolling Barossa Valley, you’ll encounter the best of them. Barossa is Australian wine’s biggest success story – it’s home to famed wineries including Jacob’s Creek and Penfolds – and offers countless opportunities for tours and tastings. Options abound: try mixing your own blend at Penfolds, organise a tasting at sublimely pretty Seppeltsfi eld or call in at the family-operated Yalumba Wines. The valley was originally settled by wine-making German immigrants, so be sure to try the rieslings.

Visiting Adelaide in March? Your luck’s in. As well as the flurry of activity during the Fringe festival, the city fits in a major horse-racing meeting, a supercar road race and the WOMADelaide world music festival.