The Outback was made for exploring. Whether you want a taste of adventure or a full-on adrenaline day, there’s something for everyone in the beautiful Northern Territory… 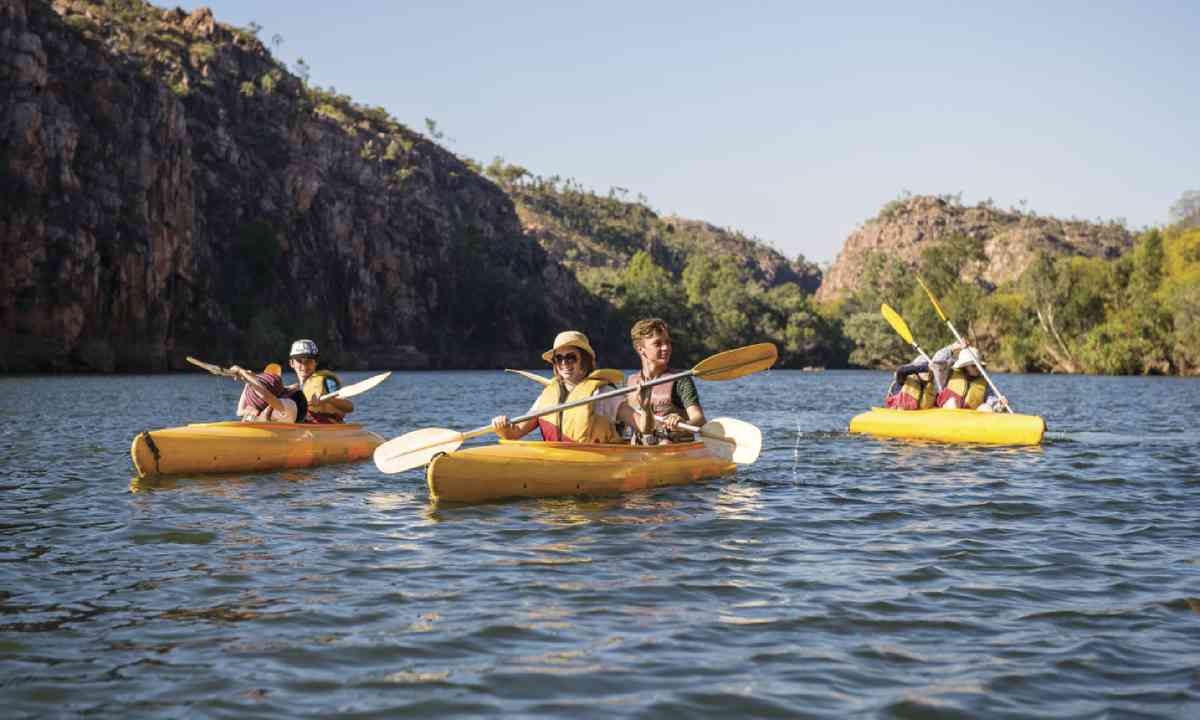 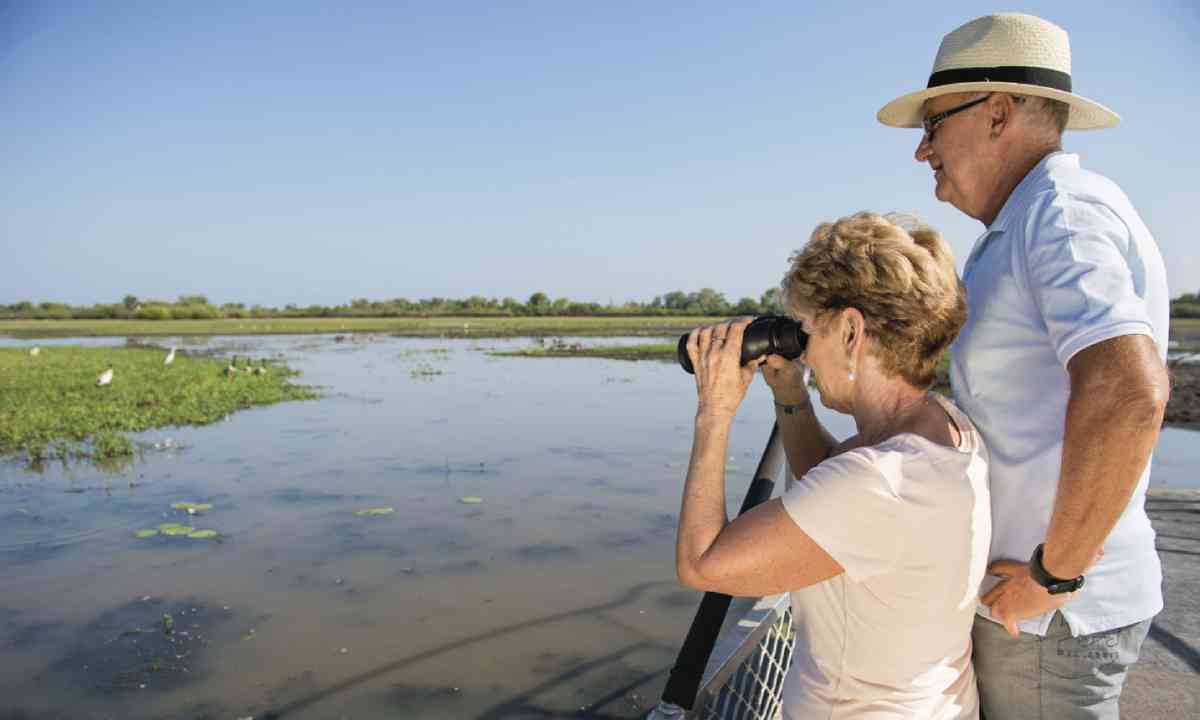 During the dry season, you’re almost guaranteed to spot saltwater crocodiles up-close in Kakadu National Park – opt for an early morning cruise and you’re likely to see plenty of birdlife astir on the plains too, from jabiru storks to magpie geese. Cruises tend to last around two hours. 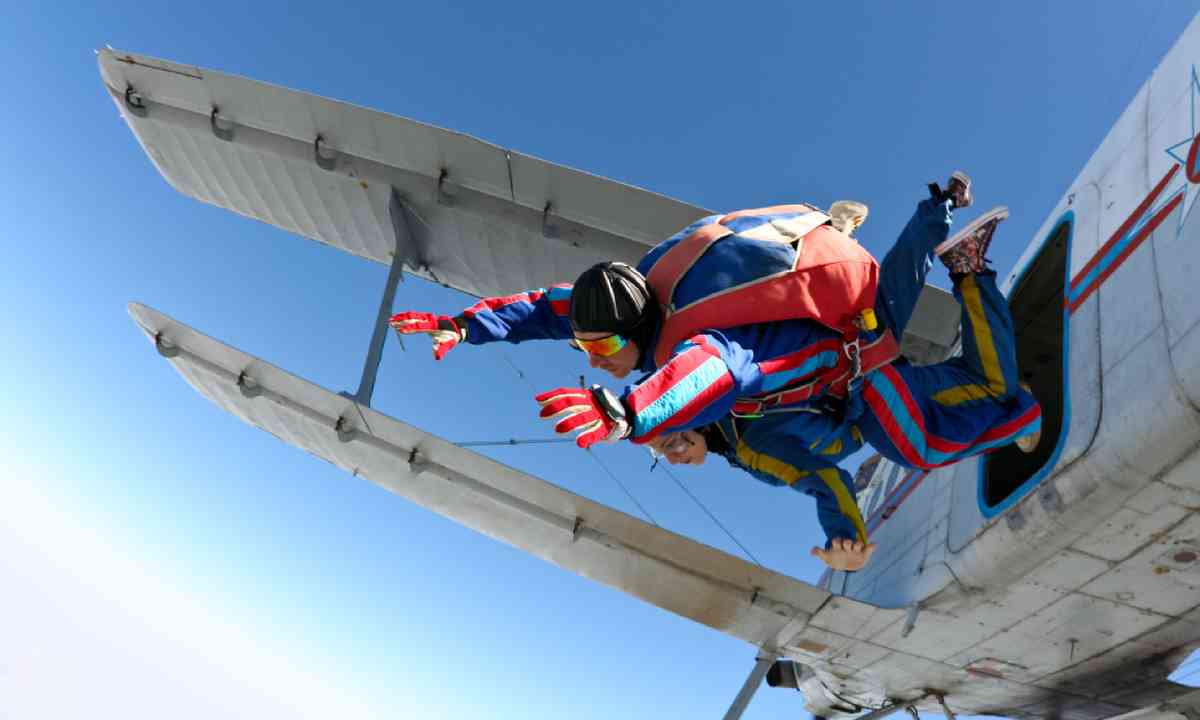 It’s hard to top the view you’ll get from tumbling out of a plane flying 12,000 feet above the city – or the rush you’ll get from travelling back to earth at 200 km per hour. You won’t need to undergo rigorous training either – the whole experience, including the briefing, the ascent, the tandem freefall and the parachute descent, takes around an hour. You’ll land on Lee Point Beach. 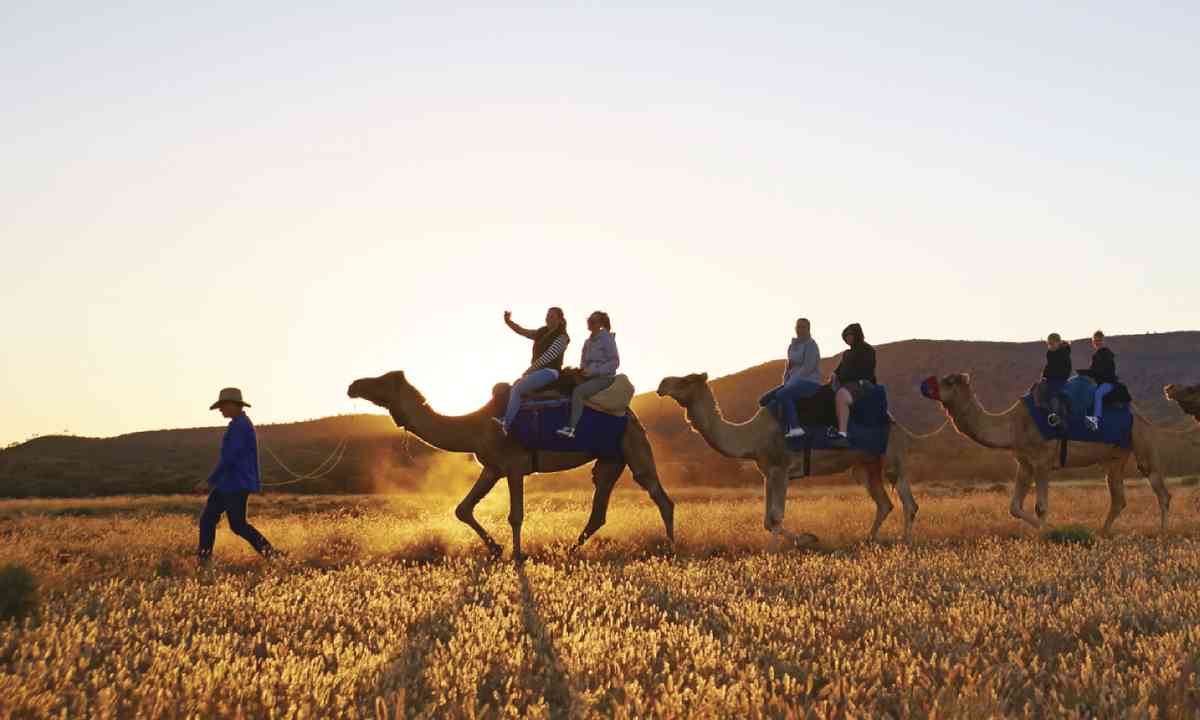 Camels may not be indigenous to Australia, but the animals have played a part in Outback culture since as long ago as the 19th century, when they were imported here to aid with long-distance travel. You can tap into this heritage by joining a sunset camel ride against the backdrop of the West MacDonnell Ranges near Alice Springs or alongside majestic Uluru.

Heli-fishing in the Top End 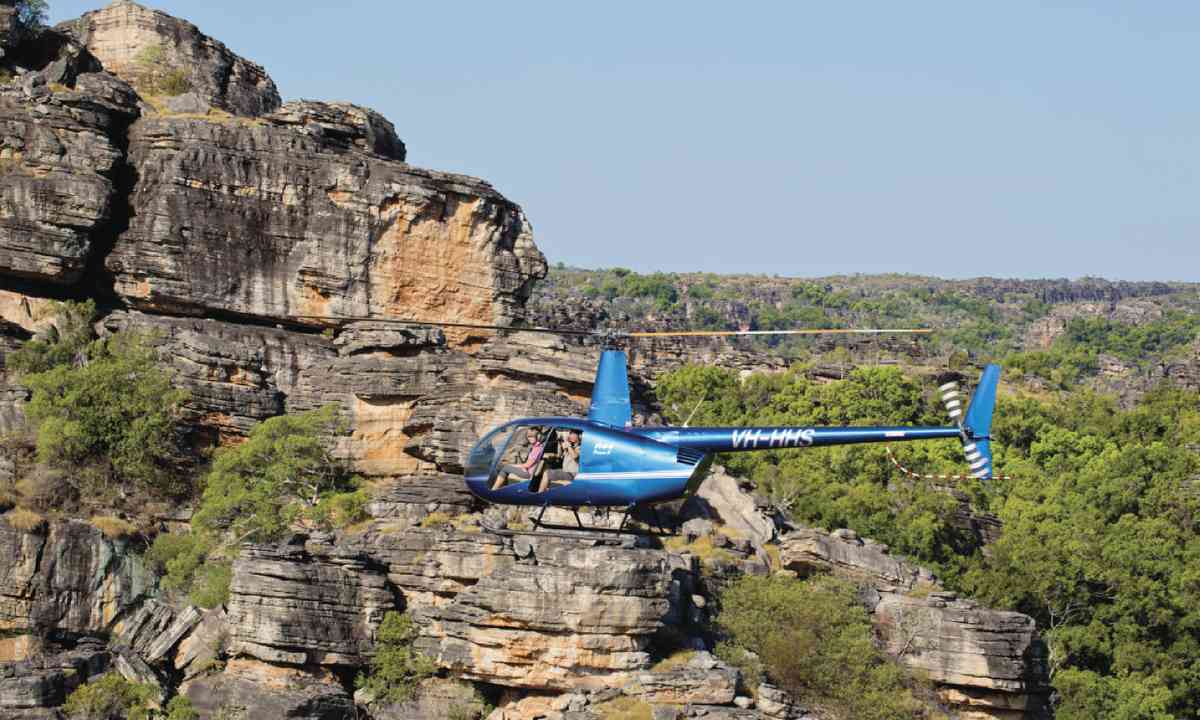 Question. When is a fishing trip more than a fishing trip? Answer. When it involves a) the wide-open landscapes of the Top End and b) a helicopter. Step aboard a chopper for a heli-fishing excursion with a difference, flying out to remote lodges on the Daly River and the Arnhem Land coastline. Try your hand at everything from barramundi fishing to mud-crabbing in truly special surrounds. 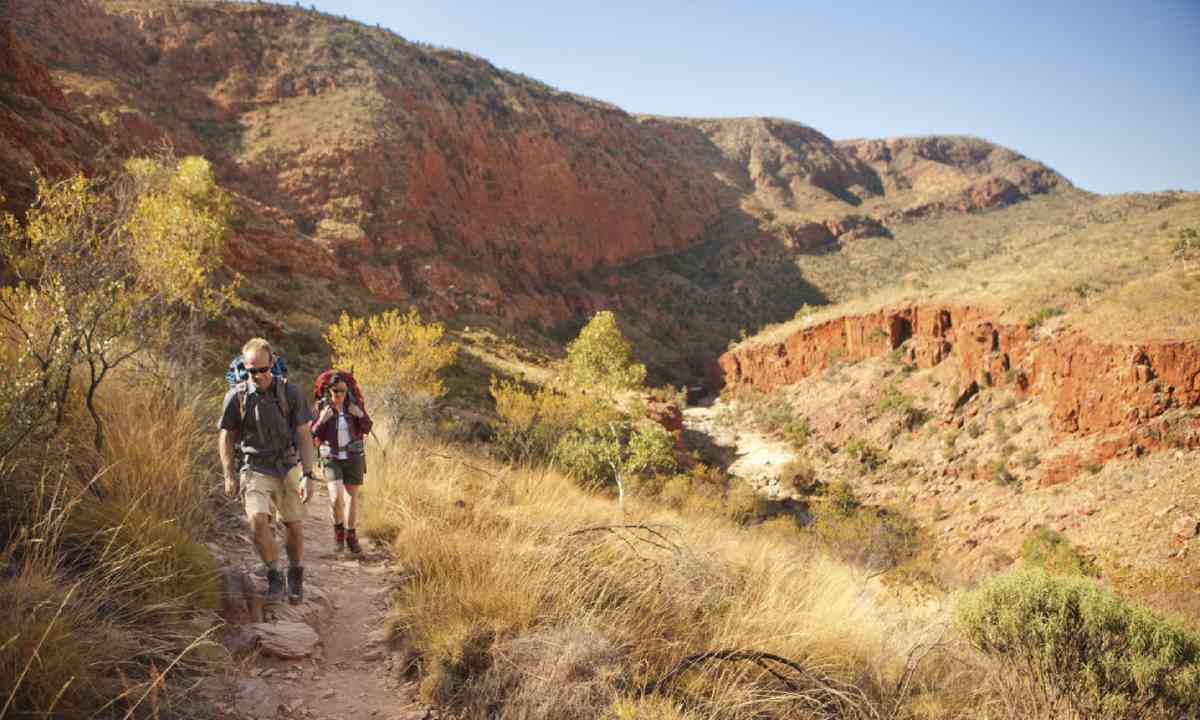 The long-distance Larapinta Trail begins at the telegraph station north of Alice Springs and finishes 223km to the west, having spanned the majestic slopes and peaks of the West MacDonnell ranges. It’s split into 12 different sections, many of which roughly equate to a day-walk, and there are a number of trailside water tanks along the way. A testing but unforgettable undertaking.

Taking an airboat across the Mary River Wetlands 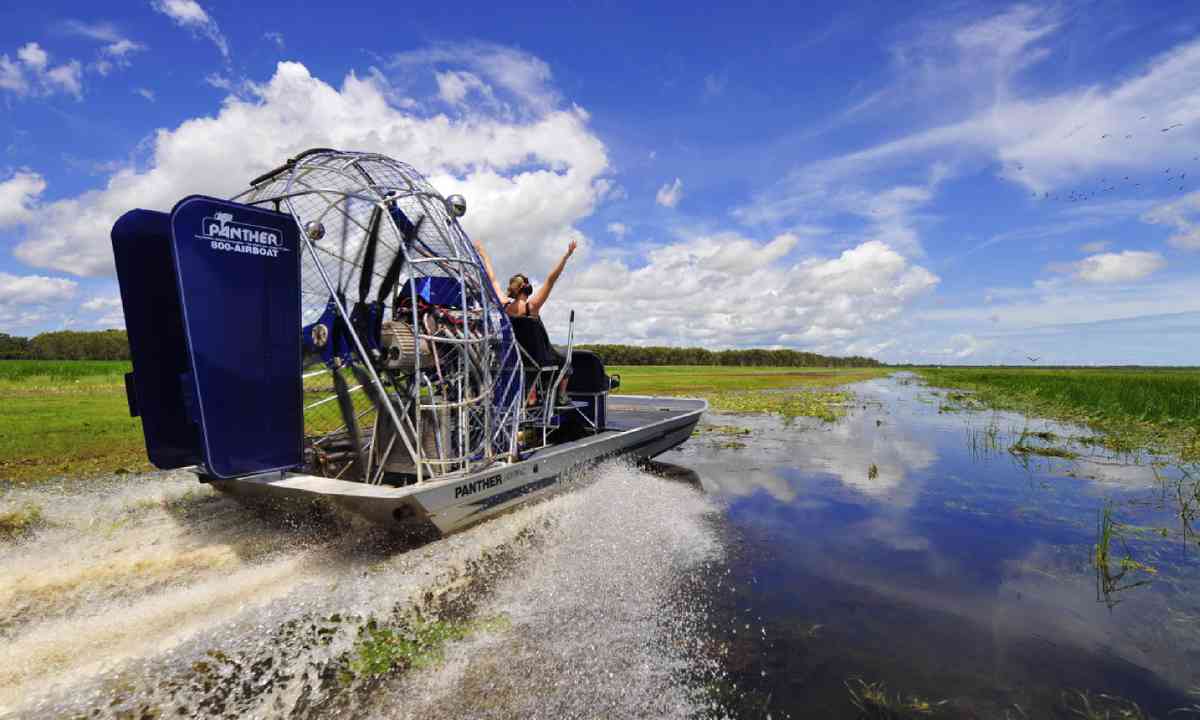 It may be overshadowed by near-neighbour Kakadu, but Mary River National Park gets kudos for being home to Australia’s largest wetland expanse. The best way to experience it? Join a 90-minute airboat safari, during which you’ll skim above the reeds and lilies to enjoy expansive watery views. Keep your eyes peeled for the active local wildlife – everything from sea eagles and water buffalo to, yes, saltwater crocs. 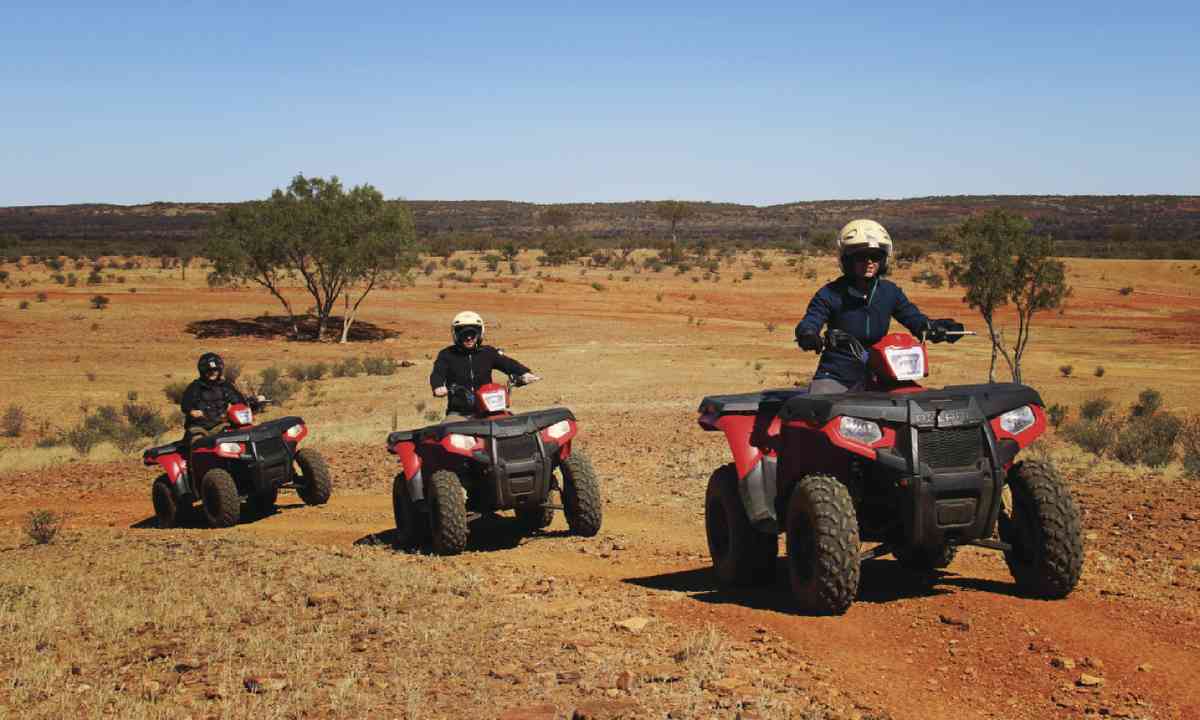 The rugged spread of the ‘East Macs’ provides a fittingly atmospheric location for the Territory’s oldest working cattle station. Take a quadbike tour and follow your guide along bush trails and dry river beds – drives of up to six hours can be arranged, and as well as giving an adrenaline kick, they offer good insight into the workings of the cattle station itself.

Motorcycling through the Red Centre 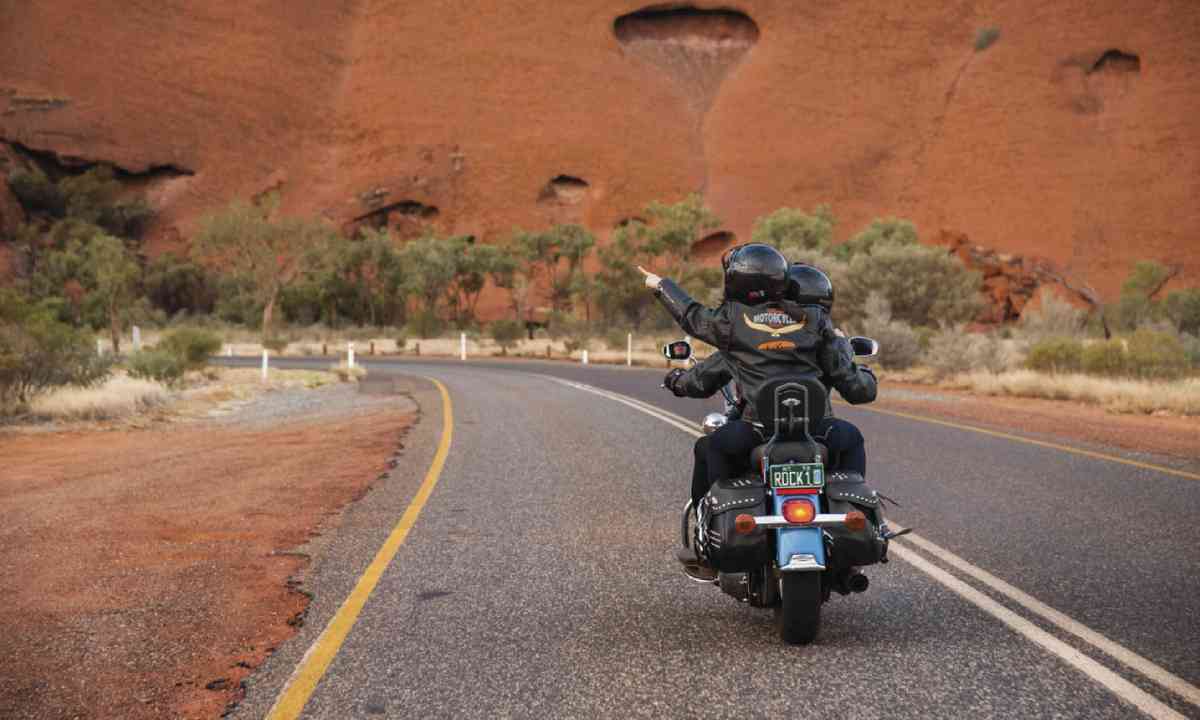 There are countless ways to explore Uluru and Kata Tjuta, ranging from the serene to the high-octane. This falls somewhere between the two – you’ll be purring along on the back of a Harley Davidson. It’s not exactly a traditional way of seeing these unique Australian landmarks, but when the desert sun’s rising and the epic bulk of Uluru is looming ever closer, you’re unlikely to be complaining.


Driving the Binns Track in a 4WD 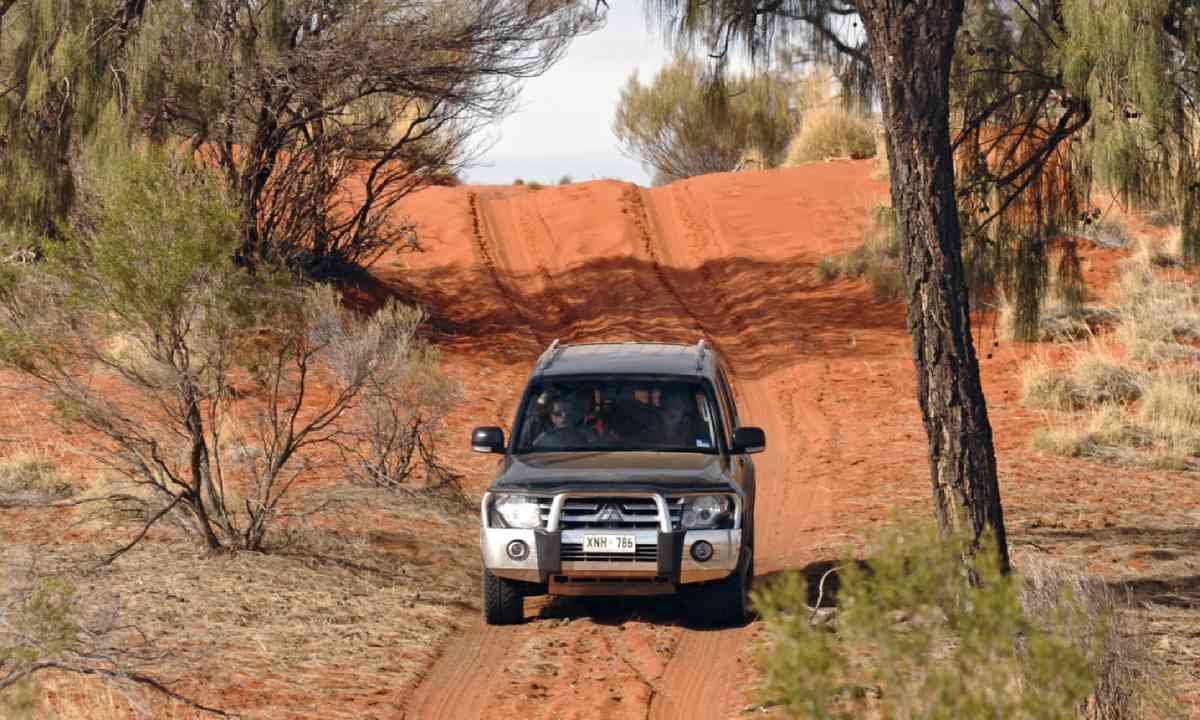 The Northern Territory is threaded with memorable off-road trails, but the Binns Track is the daddy of them all: a 2,191km track winding from the South Australia border to the northern wilderness of Gregory National Park. It’s named after its creator, former NT park ranger Bill Binns, who wanted something that showcased the region’s colours, wildlife and rock formations. He did a good job. 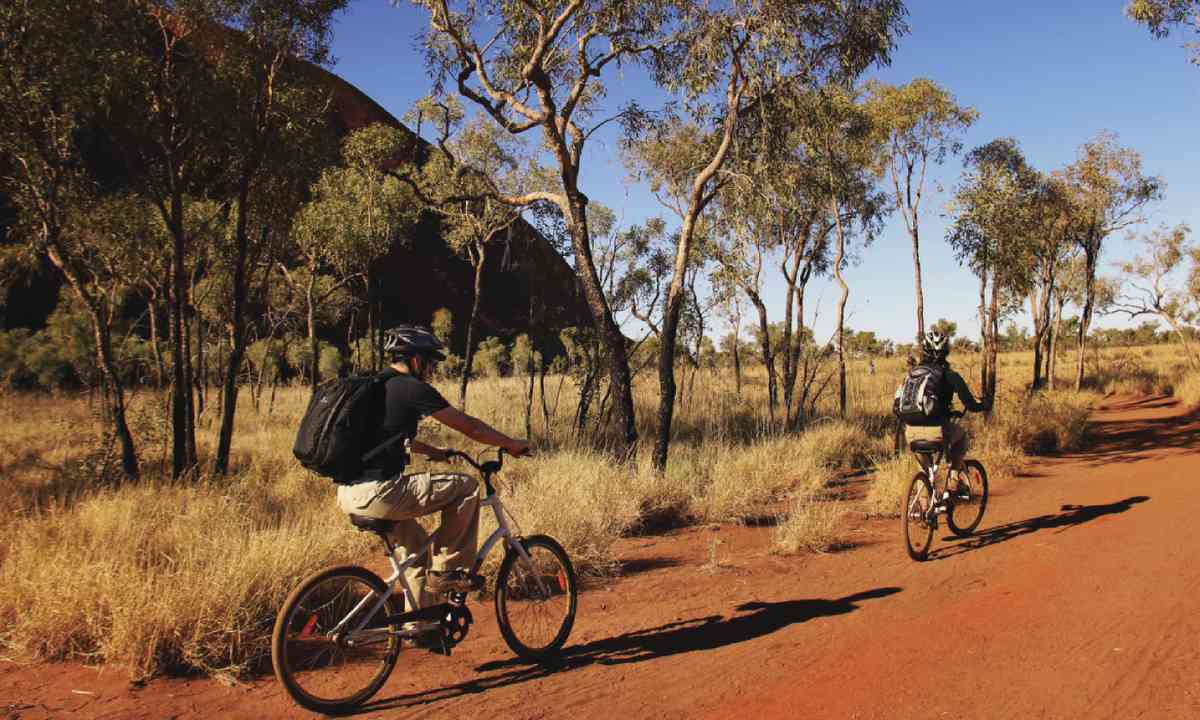 It’s now possible to hire bikes at Uluru. The obvious thing to do is to pedal the 10km circuit around The Rock itself, taking the chance to get up close to its various crevices, crags and waterholes. The usual hire period is three hours, and children’s bikes are available too. It’s a morning-only option during the warmer months.