Ever wondered what Western Australia's got to offer? Journey to the highlights of the region on a road trip through the Outback and along its spectacular coastal roads...

Hitting the open road takes on new meaning in Western Australia, a destination so unspoiled and varied that you could spend months seeing all it has to offer. For those looking to focus on particular areas, here are five of the most unforgettable road trips in the state. And remember, Flight Centre’s award-winning service means all itineraries can be tailor made to your needs. 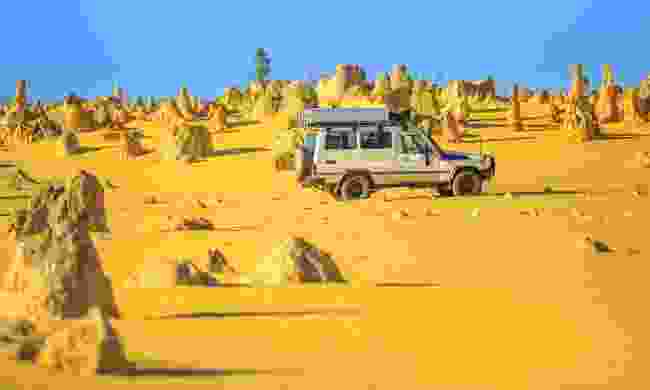 4WD through The Pinnacles (Shutterstock)

The coastline that snakes north from Perth is prime road trip territory, with some of Western Australia’s choicest drawcards appearing in quick succession. Take as an example one of the first places you’ll stop – the fishing town of Cervantes, which is situated close to Nambung National Park. The park plays home to the thousands of limestone spires known as The Pinnacles, and the chance to walk among them is a genuine thrill.

As you wind further north, treats come in the form of kitesurfing hotspot Geraldton, the cliffs and gorges of Kalbarri National Park, seafood-rich Carnarvon and the UNESCO-listed natural marvel that is Shark Bay. Don’t miss the opportunity to see the dolphins of Monkey Mia and brace yourself too for an unforgettable encounter further north: swimming with whale sharks off Ningaloo Reef. Late March to late July is the best period to witness these incredible creatures in their annual autumn/winter feeding grounds. 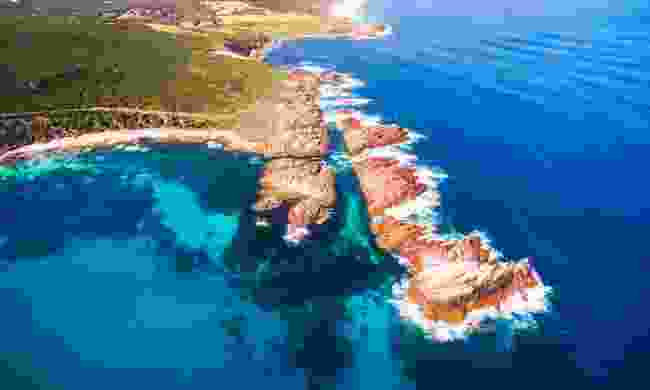 Gourmets take note. Western Australia’s southwest is now a destination of global renown when it comes to food and drink, not least in the form of the wineries of Margaret River – more than 100 vineyards dot the local area, sharing the map with gumtree forests and surf beaches. Being just a three-hour drive from Perth, it serves as the perfect introduction to one of the state’s most stunning corners.

This becomes even more apparent as you drive south east across rolling countryside to picturesque Pemberton, which is surrounded by magnificent sky-high woodland – if you’re feeling brave, you can clamber more than 60 metres off the forest floor to take in the view. Something more? Historical Albany, your next stop, is also one of the best whale-watching sites in the entire country – come between June and October to see its underwater leviathans for yourself. 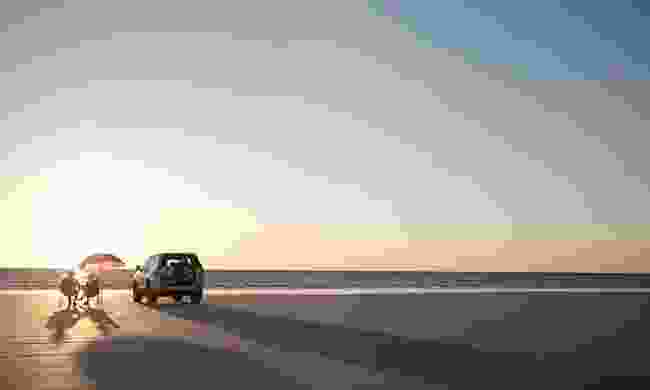 The paradisiacal coastal town of Coral Bay isn’t just the gateway to the super-sized marine life of Ningaloo Reef. It’s also the start point of the 2,500km Warlu Way, a journey based on the indigenous legend of a warlu, or sea serpent, which is said to have slipped out of the ocean before slithering into the red heart of the country, carving out waterways as it travelled.

The route is nothing if not serpentine when seen on the map, wriggling inland to the rugged landscapes of Karijini National Park before turning back towards the coast, where highlights include the Burrup Peninsula – home to indigenous rock art. It finishes in the one-time pearling epicentre of Broome, where 22km-long Cable Beach is the star turn. 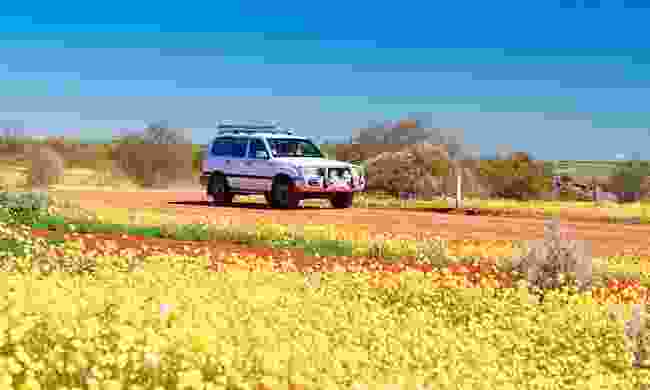 Pinks and yellows, whites and purples, reds and blues. Between August and November each year, parts of Western Australia become carpeted in a heart-soaring display of wildflowers. Some 3,000 different species occur in the countryside surrounding Perth, and this 600km drive will lead you through some of the most spectacular parts of nature's seasonal show.

Beginning in Perth itself, you’ll head north through the Swan Valley to reach the wheatbelt town of Dalwallinu, where the Dalwallinu Discovery Centre can give you updates on specific local wildflower locations. Then continue north to the area around Morawa, passing 11 signposted interpretive sites along the way – each teaching you a little about the character and flora of the region. Finally, keep curving north to coastal Geraldton, factoring in more flower-strewn countryside before arriving at the Indian Ocean. 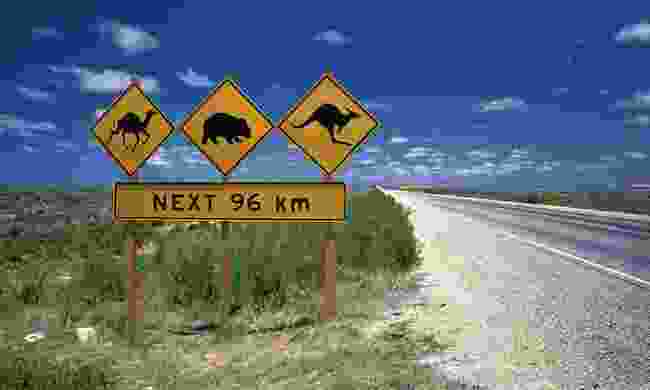 If you’re looking for a long-distance trip you’ll be dining out on for years, this is the one. It stretches east for almost 1,700km, finishing over the state lines in Port Augusta but focusing for the main part on the endless, sun-baked plains of inland WA. Expect roadside kangaroos, deep horizons and a scarcity of trees, as well as the longest stretch of straight road on Earth – a bend-free 146km run across the incredible Nullarbor Plain.

It’s also your chance to play a round of golf with a difference: the so-called Nullarbor Links (18 holes, with one in each participating town or roadhouse en route) stretches for 1,365km, technically starting in the gold-mining town of Kalgoorlie.