Top 10 things to do outside of Perth

Perth's reputation as a vibrant, arty city is growing by the year, but there’s more to Western Australia than its action-packed capital. Here are 10 of the best ideas for exploration further afield...

1: Step back in time at Fremantle 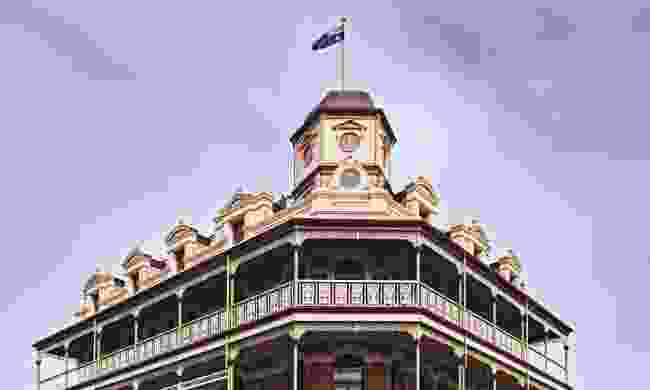 A short journey from Perth brings you to its outlying smaller sibling: funky Fremantle. Life ticks along at a sedate pace in Freo, with its colonial-era facades, easy grace and just-hip-enough cafés. If you’re here on a Friday, Saturday or Sunday, call in at the Victorian market hall, where you can fill your boots with everything from local cheeses to handmade fudge. For a fuller insight into the town, try joining a walking or cycling tour with Fremantle Tours – you’ll encounter everything from a former jailhouse to one of Australia’s first microbreweries.

2: Swim with whale sharks in the Ningaloo Marine Park 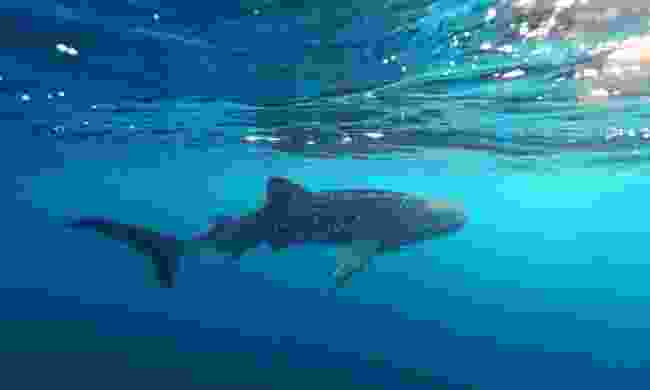 There aren’t many animals on the planet that measure up to the mighty whale shark. The largest of them grow up to 18 metres in length, while presenting about as much threat to humans as a clownfish. These largely solitary gentle giants return to the coastal, plankton-rich waters of the Ningaloo Marine Park every year, with the late March to July window being the prime season for dedicated whale shark excursions. Dipping your snorkel mask beneath the waves and seeing 15-plus tons of whale shark drift by is not an experience that’s easily forgotten. 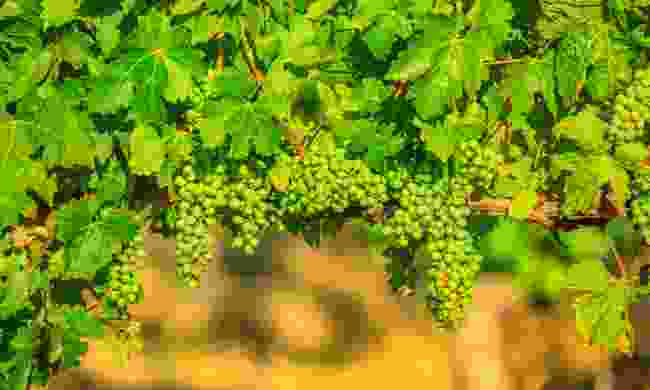 The state takes enormous pride in its food and drink, and you can understand why. Its seafood provides temptation enough for gourmets, and the regional larder takes in everything from tropical fruits to black truffles, but it’s where wine’s concerned that it really steps into its own. South of Perth, the Margaret River region holds some of the best wineries in the country, with the likes of Voyager Estate, Vasse Felix and Leeuwin Estate all producing high-quality dry whites and cabernets. What’s more, many wineries (including the three just listed) offer exceptional on-site restaurants alongside tastings.

4: Fly over the Bungle Bungles 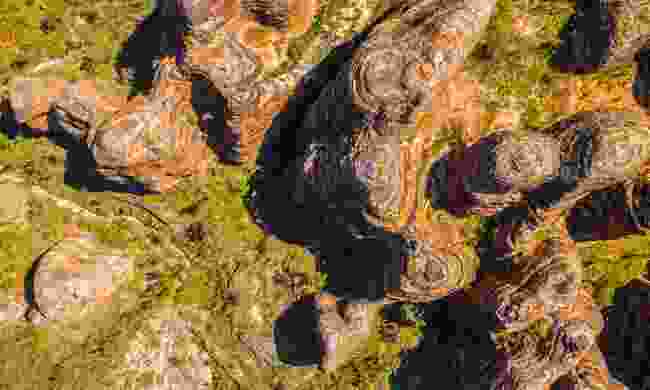 Way up in the north of the state, where the fabled wilderness of the Kimberley sprawls across the map in rusty-red majesty, you’ll reach one of the most remarkable sights in Australia. The unmistakable striped ‘beehive’ hills of the Bungle Bungle Range have been shaped by millions of years’ worth of tropical rainfall, although it’s more likely to be blue skies all the way if you’re taking them in from a scenic flight. The domes form part of Purnululu National Park, and astonishingly were virtually undiscovered until the mid-1980s – overlooking, of course, the fact that the local Kija people have valued them for millennia. 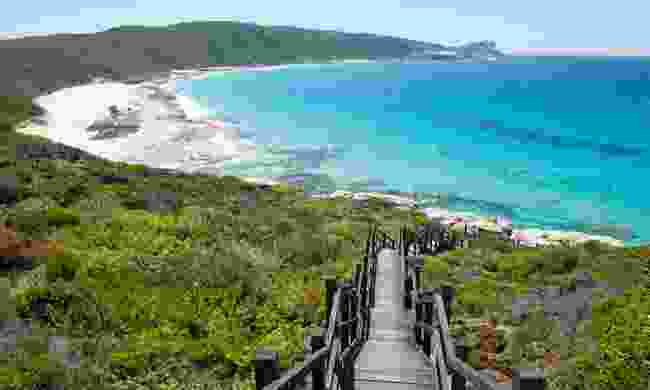 The historical settlement of Albany boasts one of the longest whale watching seasons on the planet, and with huge numbers of southern right and humpback whales migrating offshore each year – not to mention the occasional presence of blue whales – it can certainly claim to be a special spot for cetacean sighting. Indeed, the town once had its own whaling station, although harpoon-wielding hunters have long been replaced by wide-eyed visitors, who can take their pick from a range of specialist boat trips. June to October is the best time to come calling. 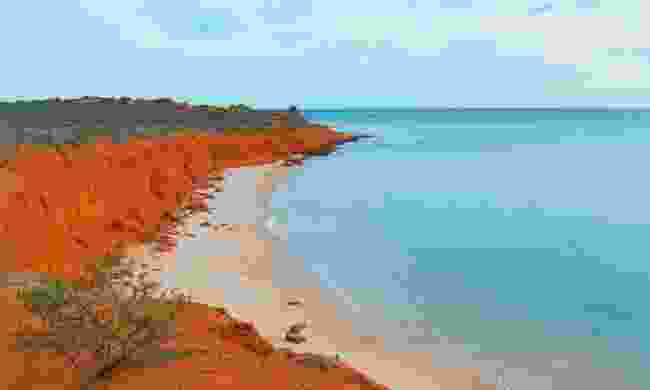 When UNESCO inscribed Shark Bay onto the World Heritage list in 1991, experts pointed to three stand-out features of the bay: its huge sea-grass beds, its population of dugongs and its prehistoric algae deposits. It’s also extremely beautiful, with white sands, red cliffs and clear blue waters combining to sigh-inducing effect. One of the big draws is the chance to see wild bottlenose dolphins being fed at Monkey Mia – the pod generally appears up to three times a day.

7: Marvel at giant trees near Pemberton 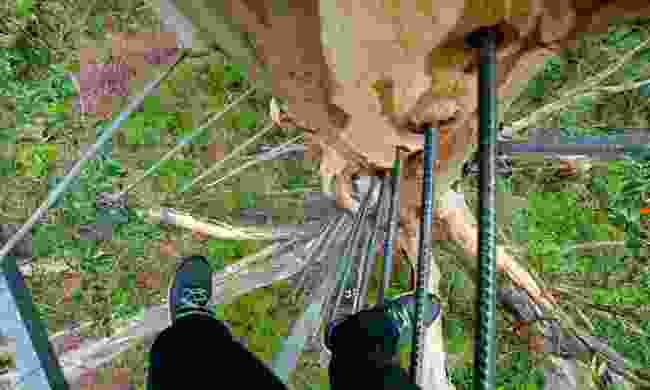 The forests of the southwest exist on a breathtaking scale, with enormous karri, marri and jarrah trees spearing into the sky. The town of Pemberton makes a natural base from which to admire the forests up close, most notably in the form of treetop lookouts, originally built in the 1930s and 1940s as a means of spotting wildfires. Three such lookouts are today open to the public, all set between 50 and 75 metres off the forest floor atop towering karri pines. They’re spectacular – but not for the easily jelly-legged. 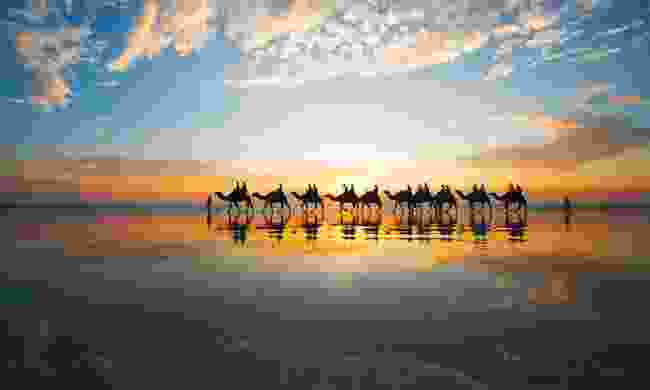 Few towns in Australia rival Broome for either history or setting. Once a bustling pearling centre that drew divers and speculators from Asia and beyond – and still boasting all sorts of heady tales from the 1880s onwards – the town has since reinvented itself as a visitor destination. A large part of its appeal is down to the presence of Cable Beach, a white-sand stunner that’s up there with the best in the country, but there’s plenty for historians to delve into too, from pearling-based tours to dinosaur footprints and the oldest outdoor cinema in the world. 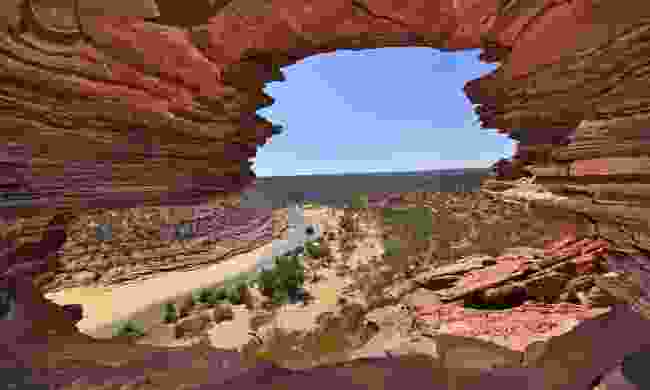 There aren’t many boxes left unticked by Kalbarri National Park. It’s ruggedly handsome, with its sea cliffs, sandstone gorges and river red gums, and brims with wildlife too, with some 200 species of bird alongside grey kangaroos, emus and a whole host of nocturnal critters. Walking trails give the chance to appreciate its flora and fauna at close quarters, and there are some superb lookouts too. Something different? Head to the nearby town of Kalbarri itself for pelican feeding. 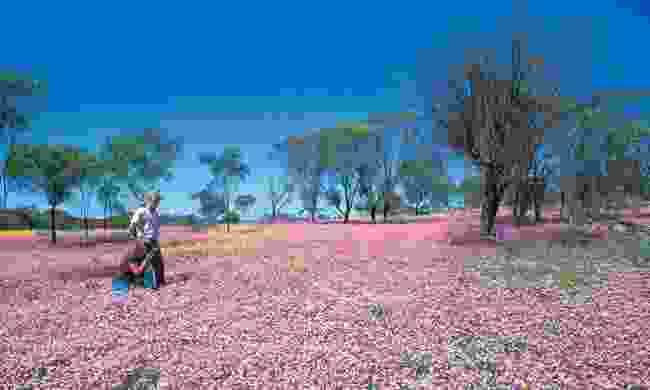 Huge swathes of the state go against the stereotype of red, desert Australia, and there’s surely no greater example of this than the colour-carpeted lands around Perth during wildflower season. More than 3,000 different species of wildflower are known to grow in the southwest, ranging from orchids, foxgloves and banksias to more localised varieties like kangaroo paw and wattle. August to October is when to see the flowers at their most vibrant, with the national parks and countryside around Geraldton and Cervantes playing home to some of the most impressive displays.