Sri Lanka is an evocative mix of fresh spices, rolling tea fields and golden beaches. Discover why you should add this tropical paradise to your travel list this year...

Sri Lanka is a tropical paradise dotted with national parks, vibrant cities and some of the world's most beautiful beaches. Here are eight reasons why you should head there in 2019. And should you need even more incentive, read to the bottom to find out how Flight Centre and Intrepid Travel can make your experience even more exciting… 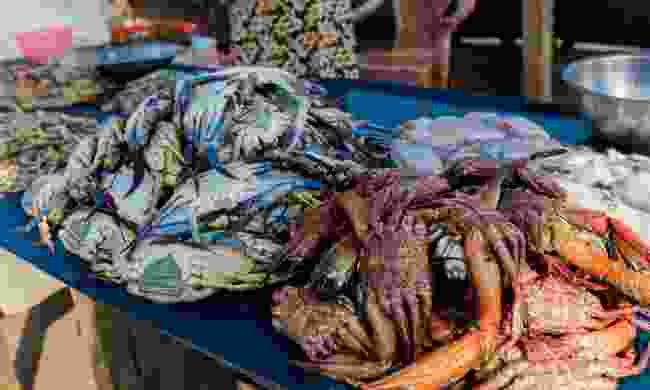 One thing’s for sure, in Sri Lanka you'll never go hungry. Colombo has one of the country’s most exciting food scenes. Head to the seafront for delicious, cheap street food such as isso vadai (lentil cakes topped with prawns). An insider tip: if you fancy finding out where all that seafood comes from, rise early and head to Colombo’s sprawling Peliyagoda Fish Market, which opens at 4am. It’s not all about seafood though: Sri Lanka has an amazing vegetarian food scene — many of the nation’s favourite dishes are meat-free, including curries, rotis, hoppers, string hoppers and a huge selection of fresh fruit.

Keen to learn more about Sri Lankan cuisine? Visit Matale, a beautiful Central Province town famous for its spice plantations. You can sign up for a guided tour for a fragrant exploration of the pepper vines, clove trees and cardamom plants. But if you really want to learn your stuff, try a cooking course with a Sinhalese family. In Kandy, near Matale, you can learn to make a spice-infused coconut milk chicken curry, and test your skills at crafting the perfect hopper (bowl-shaped pancakes made from fermented rice flour and coconut milk). 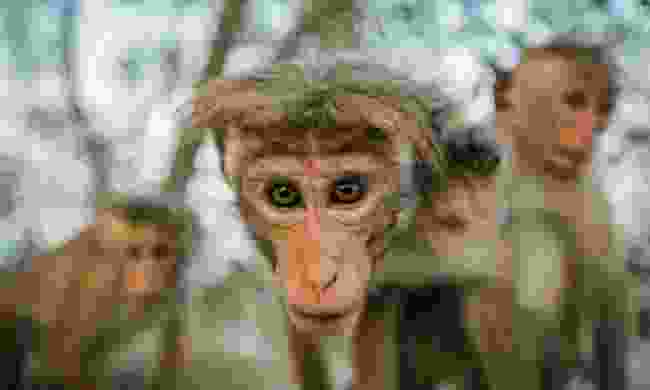 Sri Lanka's wildlife is amazingly diverse. Let's start with the east coast. The port town of Trincomalee isn't just famous for the Koneswaram Temple, but for the ridiculously cute wild deer snuffling through the ruins of Fort Frederick. Pigeon Island National Park, to the north, is a popular destination for snorkellers and scuba divers, who come to spot reef sharks, rays and turtles. We also recommend a whale or dolphin-spotting tour — the east coast is a popular hangout for both, especially between May and September.

Prefer dry land? Yala National Park has leopards, sloth bears and elephants. It's especially popular with twitchers, who flock here (excuse the pun) to spot 215 bird species, including six endemic to Sri Lanka. There’s also Udawalawe National Park, which has more herds of wild elephant than anywhere else in Sri Lanka. You can visit the nearby Elephant Transit Home, which provides shelter for orphaned or abandoned baby elephants with the aim of releasing them into the wild. 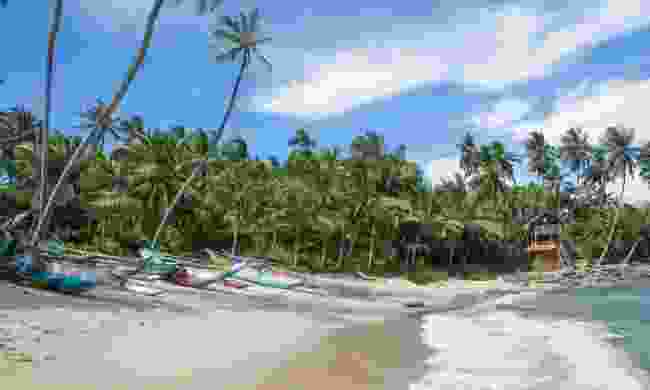 Sand and palms on the south coast of Sri Lanka (Dreamstime)

Sri Lanka is an island fringed with beautiful beaches, and there’s a stretch of sand for everyone, whether you’re after deserted, wave-bashed bays or tree-dotted curves of soft sand. Mirissa, on the south coast, is known for its great surf and clean golden sand, pricked with shuttlecock palms. In October to May, you’re almost guaranteed to spot whales on a boat trip off shore.

Uppuveli, near the north-eastern city of Trincomalee, has one of Sri Lanka's most beautiful beaches. There are few tourists — just a constant supply of fresh seafood. The east coast is also where you'll find the fishing village of Passikudah, a great base for exploring the east coast's best beaches. This stretch of coastline is famous for its shallow water — you can see some of the most colourful species by simply wading out from the shore. 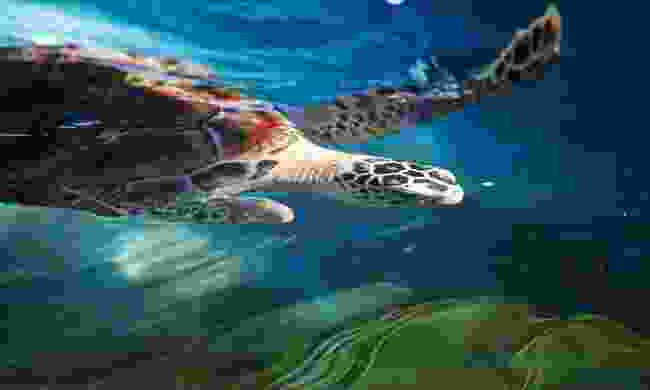 With its warm Indian currents and 1,600 kilometres of coastline, Sri Lanka is a paradise for both scuba divers and snorkellers. For thousands of years it's been at the crossroads of various shipping lanes, and the island attracts wreck divers from all over the world. One of the most famous wrecks is HMS Hermes near Batticaloa on the east coast. This WWII-era wreck was the world's first purpose-built aircraft carrier.

The town of Hikkaduwa, on Sri Lanka's southern tip, is surrounded by coral reefs, including Kirala Gala — one of the country's most popular dive sites. In Trincomalee, on the east coast, you can explore the wreck of an 18th-century steamer before checking out nearby Pigeon Island National Park. You’ll also find the village of Passikudah. Snorkellers and divers come here to admire the colourful coral gardens and shoals of rainbow-hued fish. The shallow, calm water makes this spot ideal for beginners, while experts will love the abundance of deeper reefs. 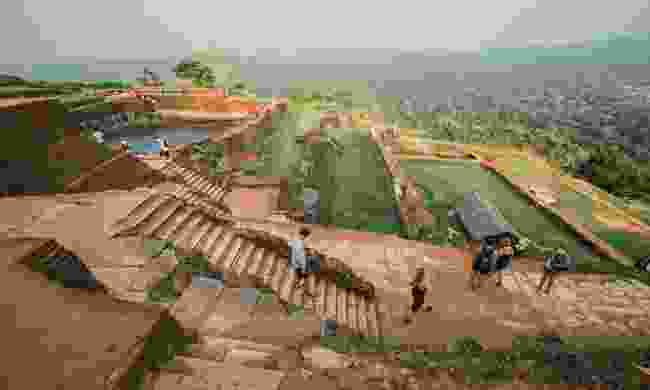 The east coast has some of the country's most beautiful temples, including Trincomalee's Koneswaram Temple — a sprawling shrine overlooking the ocean. Central Province is where you'll find the UNESCO-listed Sigiriya rock fortress — a towering rock topped with the ruins of an ancient fortress. Clamber to the top for spectacular views over the surrounding landscape. For those hoping for a flash of Sri Lanka as it once was, Anuradhapura, with its sacred old Bo Tree, offers a spiritual reminder of the beginnings of Buddhism in Sri Lanka. The ancient city of Polonnaruwa is another spectacular example of historical Sri Lanka.

Then there's Colombo, the capital, with its colonial architecture (the Galle Face Hotel being one of the best examples), ancient churches and colourful temples. One of the most spectacular buildings is the minaret-topped Jami-Ul-Alfar Mosque, famous for its chequered red and white design and candy cane-like pillars. You can also stroll through the buzzing bazaar in Pettah, where Sri Lanka’s multi-cultural character comes to life. If you aren’t too busy soaking up the buildings and market stalls, start snacking your way around the lanes filled with ‘short eats’ (snacks). 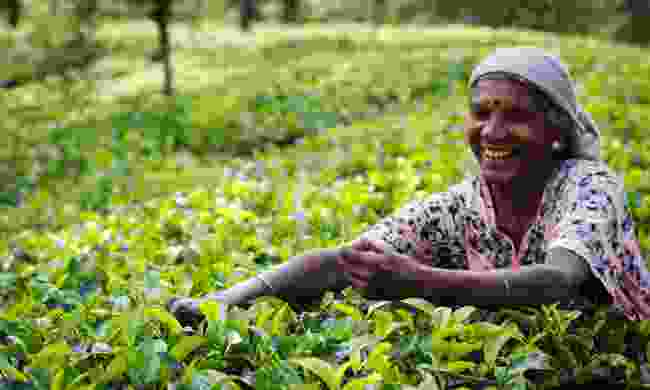 You'll never be far from a caffeine fix in Sri Lanka, known as Ceylon until 1972. The country's most prosperous tea plantations surround the city of Kandy in the centre of the island, and — perhaps unsurprisingly — there's a tea museum, which you'll find a couple of kilometres south of the city centre. Head north from Kandy and you'll reach the misty, tea-covered hills of Dambulla District, which has a number of tea plantation hotels, including Ceylon Tea Trails — Sri Lanka’s very first Relais & Chateaux hotel.

From Kandy you can also take a six-hour picturesque train ride to the town of Bandarawela, journeying past waterfalls, villages and up through the cool mountain highlands. From here you can look down over a sweeping vista filled with bright green tea bushes and vegetable gardens. But Sri Lanka's tea plantations aren't just in the island's centre: if you're in Galle, consider combining caffeine and coastline with a visit to Handunugoda Tea Estate, where you can tour the plantation and sign up for tea-tasting workshops. 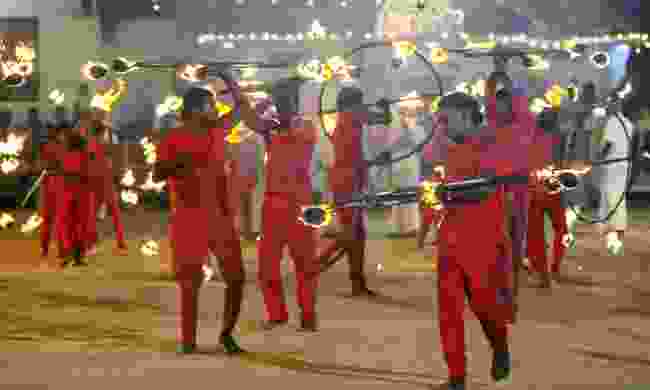 It's often said that Sri Lanka has more festivals than any other country in the world — hardly surprising given that the island has four main religions and 25 public holidays. One of the most spectacular and most important is the Vesak festival held every May, when ornate coconut oil lamps are lit to honour Gautama Buddha, the founder of Buddhism.

And then there's June's Poson Festival, with its fire dancers and drummers. The event honours the introduction of Buddhism to Sri Lanka in the third century BC. Equally colourful is the two-week Kataragama Festival, celebrated annually in either July or August in the southern town of the same name. It attracts pilgrims from the island's main faiths and there are performances by dancers, singers, fire eaters, acrobats and jugglers. 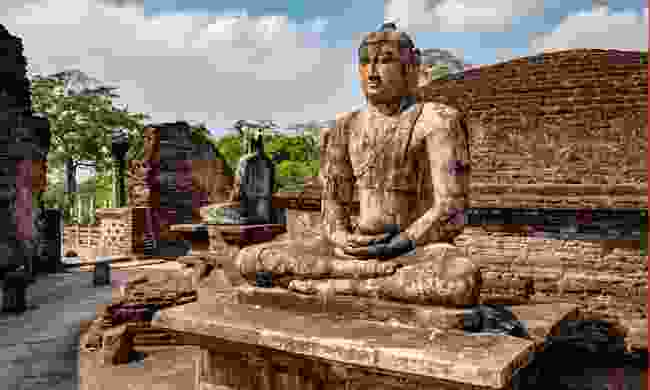 Buddhist statues in the ancient city of Polonnaruwa (Shutterstock)

Sri Lanka is a country steeped in history, from the Anuradhapura period (377 BC to 1017 AD), when the country gained its first monarch, through to its colonial period in the late 19th and early 20th centuries. The ruins of both Anuradhapura and Polonnaruwa are well worth a visit, with their towering temple walls and iconic Buddhist statues. In Polonnaruwa, you can grab a bike and cycle between the 1,000-year-old remains, where 14-metre-high stone carvings of the reclining Buddha stand above you.

It’s not all ancient history though: you can visit a traditional tea factory — set among mountains and lush tea plantations — to learn about Sri Lanka's best-known beverage and its production through the centuries. There’s also the historic Dutch Fort in Galle, on the island's southern tip. This UNESCO World Heritage site dates back to the 16th century, while the town itself is famous for its Dutch colonial history.

Flight Centre makes holidays easy. Instead of having to coordinate booking your flights, your tour with Intrepid Travel, the travel insurance and all the extra bits too, Flight Centre provides an end to-end service so that everything is done for you with a simple phone call. Its dedicated Travel Experts do all of the hard work, so you just tell them your dates and the places you want to see, and they’ll do the rest — it couldn’t be easier. 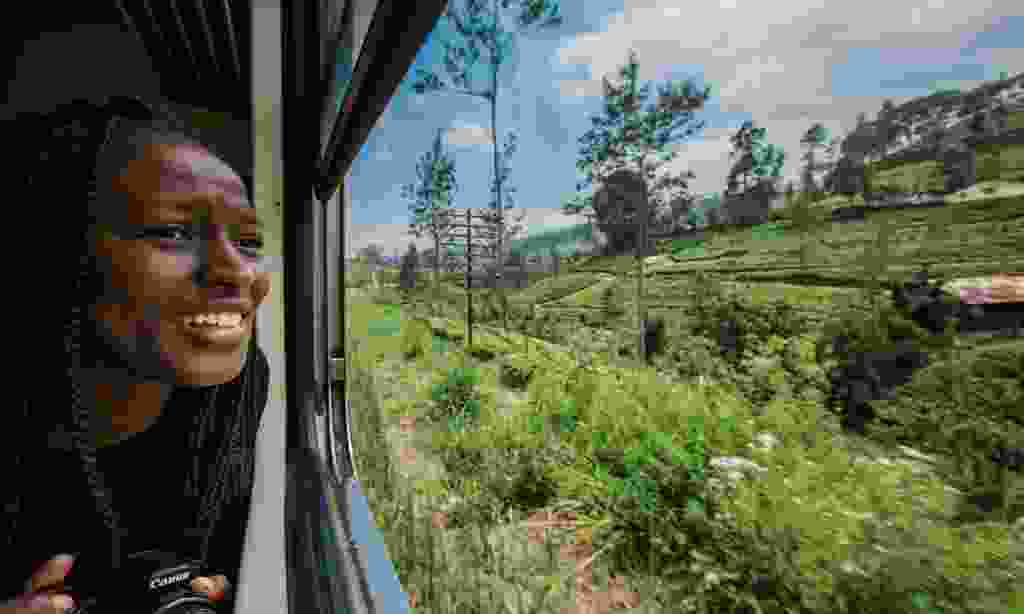 For a spectacular 15-day loop of the island, try Circle Sri Lanka, where you can trek through tea plantations, discover ancient ruins and dip your toes in the calm ocean, before exploring the best city highlights. 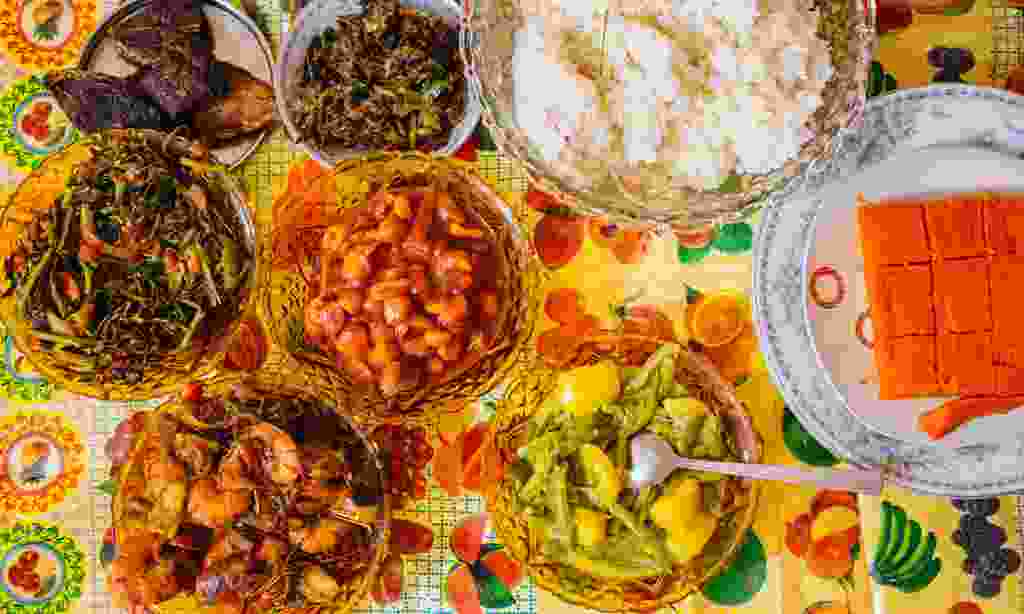 If it’s food you’re interested in, the Sri Lanka Real Food Adventure explores the very best of the culinary scene, from fresh fish markets to cooking classes and fragrant spice gardens, as well as visits to the most memorable temples and wildlife parks. Cycling with the family (Intrepid Travel)

Trips with the kids couldn’t be easier with the Sri Lanka Family Holiday. Highlights include seeing rescued baby elephants up close, taking part in traditional Kandyan dance lessons and soaking up some sun on the pristine, palm-fringed sands of Mirissa.