The star of continent-straddling, century-hopping Georgia, Tbilisi makes for a magnificent city break. Here’s how to plan the perfect trip… Sitting on an age-old trade route between Europe and Asia, the city of Tbilisi is a compelling blend of both continents. The capital of Georgia, which borders Russia to the north and Turkey, Armenia and Azerbaijan to the south, Tbilisi’s cultural and architectural diversity quickly impresses itself upon visitors. You’ll find churches, mosques and synagogues standing alongside each other, as well as the ruins of a Zoroastrian fire temple. The crumbly Old Town is a maze of sulphur baths, leafy courtyards and picturesque wooden homes, perfect to explore on foot.  just across the river lie some of the most modern structures in the country. Add to this traditional wine, the Georgian supra (feast) and exciting urban developments transforming ex-Soviet spaces, and it’s clear why Tbilisi has been nominated for Best European Destination for 2020. With direct flights available from the UK, it’s now a simple plane-hop to discover this unique city break for yourself.

What are Tbilisi's highlights?

Where to stay in Tbilisi

When is the best time to visit Tbilisi?

How to get to Tbilisi

What are Tbilisi's highlights? 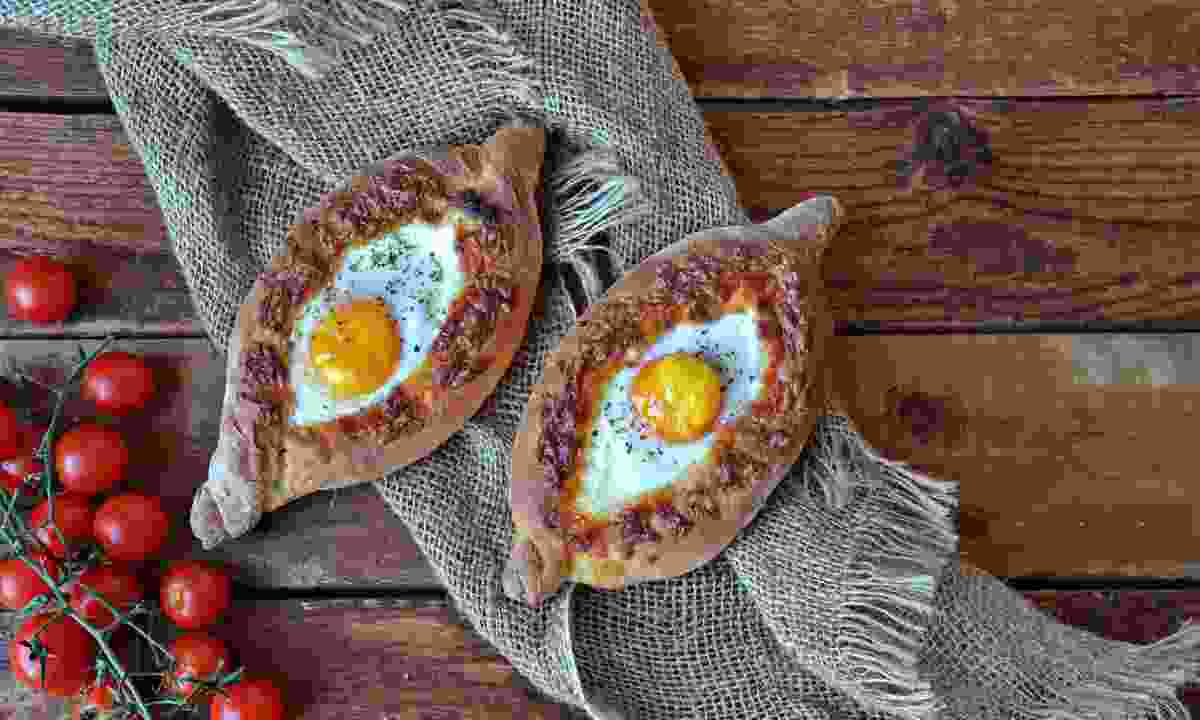 Tbilisi loves its food. Combining Middle Eastern, European and West Asian flavours, Georgia’s cuisine is unique – from spicy khinkali dumplings to Adjaruli khachapuri cheese bread. Expect lashings of coriander, garlic, cumin and walnuts – and a decent range of vegetarian dishes too. The local amber wine has been made the same way for thousands of years, by ageing it in terracotta urns that are buried deep underground.

Travelling back in time 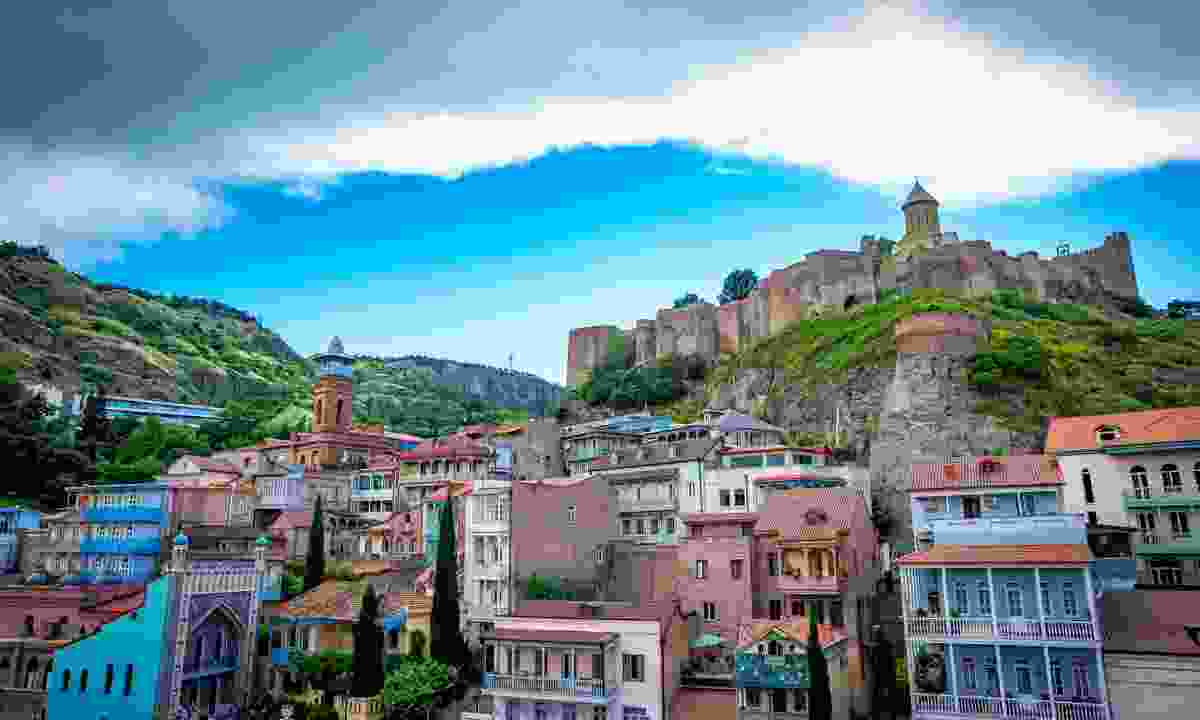 On one side of the Mtkvari River, you’ll find the city’s Old Town – in the narrowest part of the valley, and overlooked by the Narikala citadel. It’s a charming medley of 6th-century churches, carved wooden shop-fronts and markets selling hand-made rugs and artworks. On the other side of the water lies more modern marvels – such as the Presidential Palace, pretty Rike park, and the futuristic Concert Hall and Exhibition Centre. 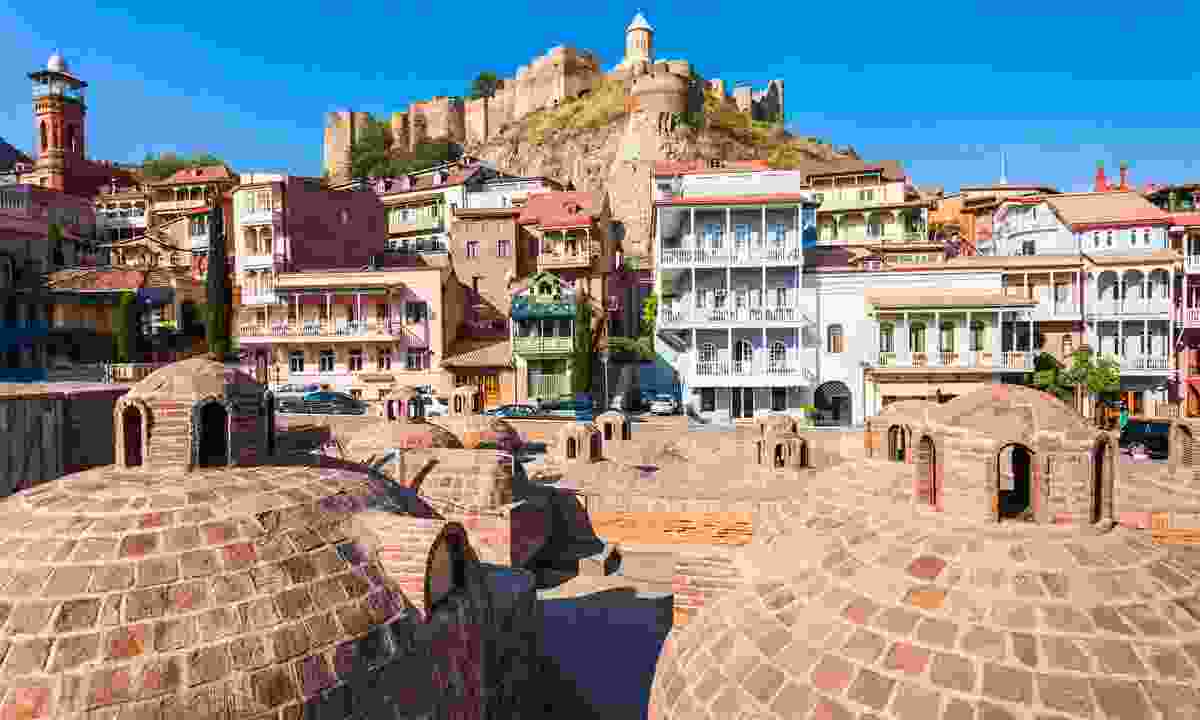 Abanotubani is the ancient district of Tbilisi, Georgia, known for its sulfuric baths (Shutterstock)

Follow your nose to the Abanotubani district, whose thermal baths emit a naturally sulphurous scent. Beneath Tbilisi lies a wealth of hot springs, which feed these traditional bathing houses – the social centres of the city for centuries. Book a scrub, steam and massage at Orbeliani Baths, whose intricate blue tilework makes a dazzling backdrop. 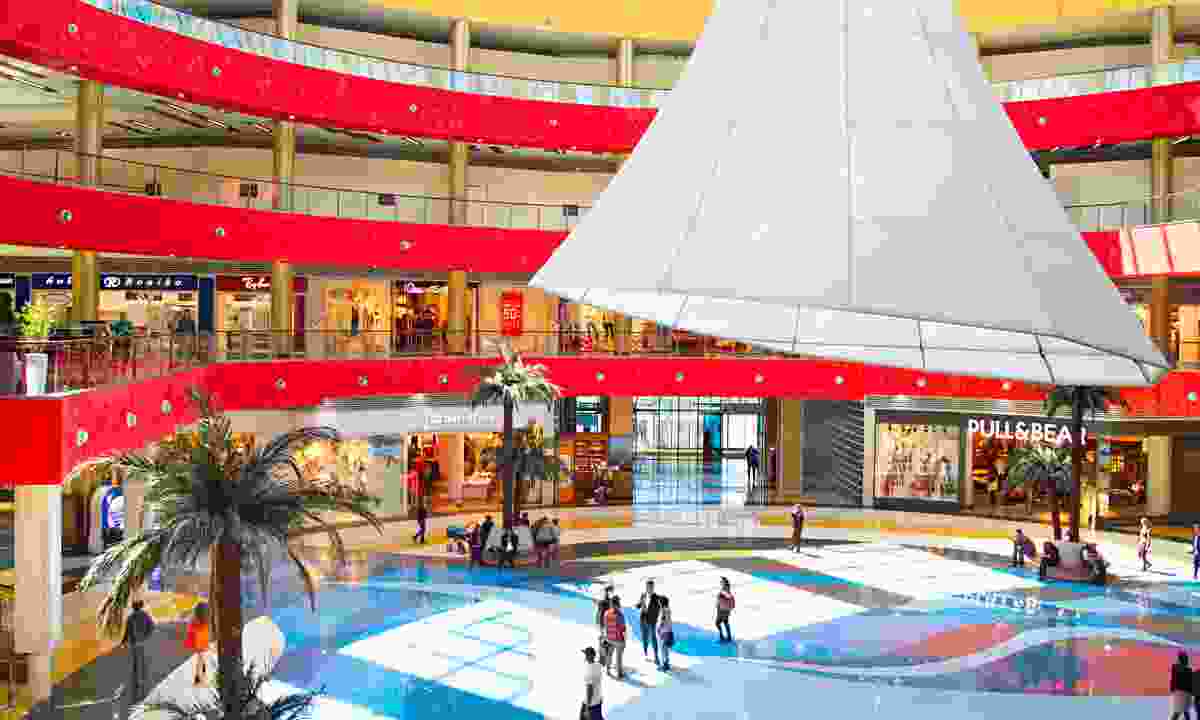 Tbilisi’s markets are stuffed full of eclectic curios – from Georgian enamel jewellery and Turkish tea glasses, to Soviet-era ephemera. In the city’s more contemporary outlets you’ll find clothes and accessories by Georgia’s home-grown designers, while the likes of Tbilisi Mall and Galleria Tbilisi are full of familiar international brands.

Where to stay in Tbilisi? 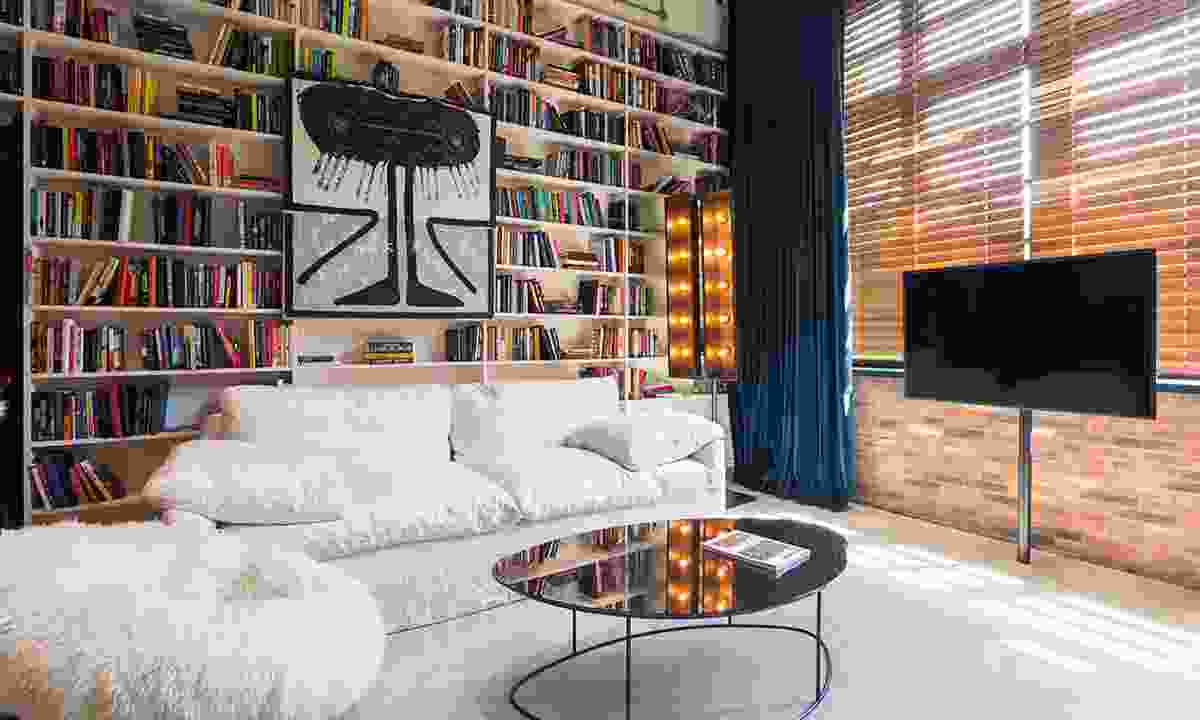 The luxurious Aviator room in the Stamba hotel

Set in a former publishing house, this industrial-chic hotel combines edgy interior design with a convenient location and excellent service – it’s luxurious, yes, but has plenty of character too. With furniture and artwork by local designers, it’s a real showcase for Tbilisi’s independent art scene – and rooms offer kingsize beds, free-standing bathtubs, and lofty city views. As well as the bistro (where breakfast is served), there’s a classy cocktail bar and chocolate-themed café too. 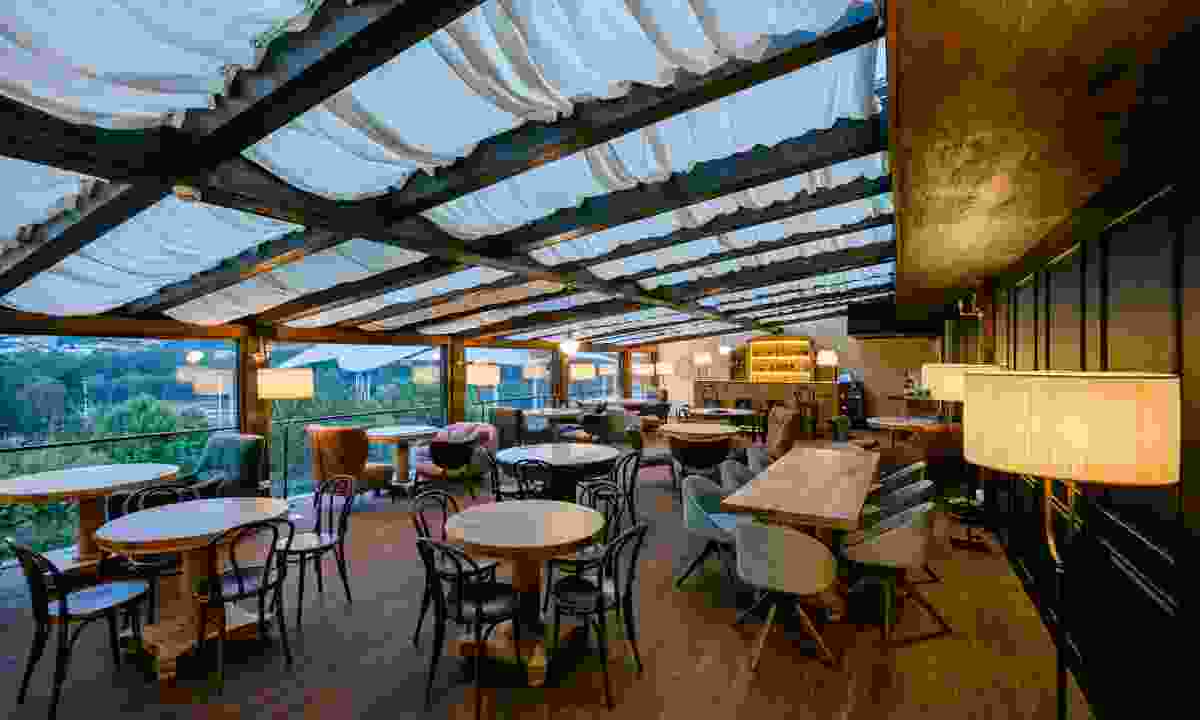 Located in the centre of Tbilisi, within walking distance of Rustaveli Avenue, Narikala Fortress and ancient Sulphur baths, Museum Hotel offers simple-yet-stylish kingsize bedrooms with marble en suite bathrooms. The building is a former private residence, belonging to the noble Orbeliani family – who used to host aristocrats, artists and public figures in these very rooms. It’s elegant yet homely in style, with a beautiful café and wine-themed restaurant. Ask the sommelier for their Georgian wine recommendations. 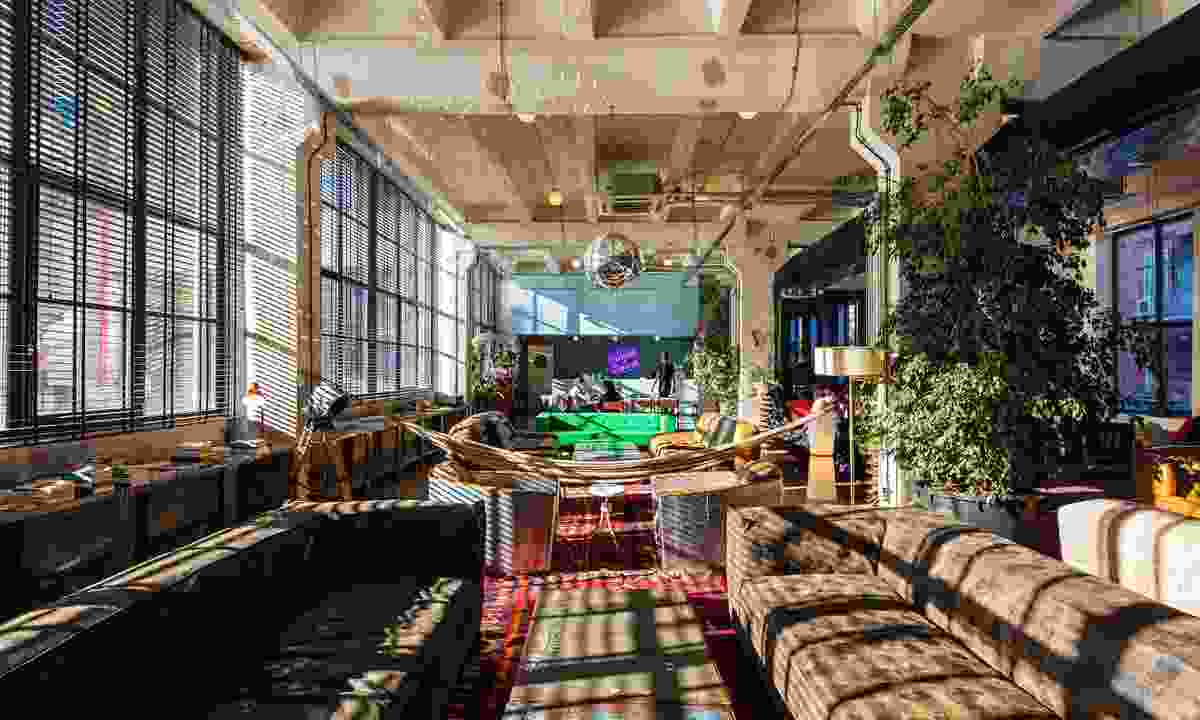 Once a Soviet sewing factory, now a hub for all-things artistic, culinary and creative, Fabrika is the epicentre of Tbilisi’s design scene – and its hostel puts you right in the heart of the action. This isn’t your average hostel: Fabrika offers private rooms and apartments as well as dorms, with a whole host of cafés, restaurants, art galleries and workshops right on your doorstep. It’s located in the city centre, with easy public transport connections to the airport too. Ask about discounts if you’re travelling in a group or booking far in advance.

When is the best time to visit Tbilisi? 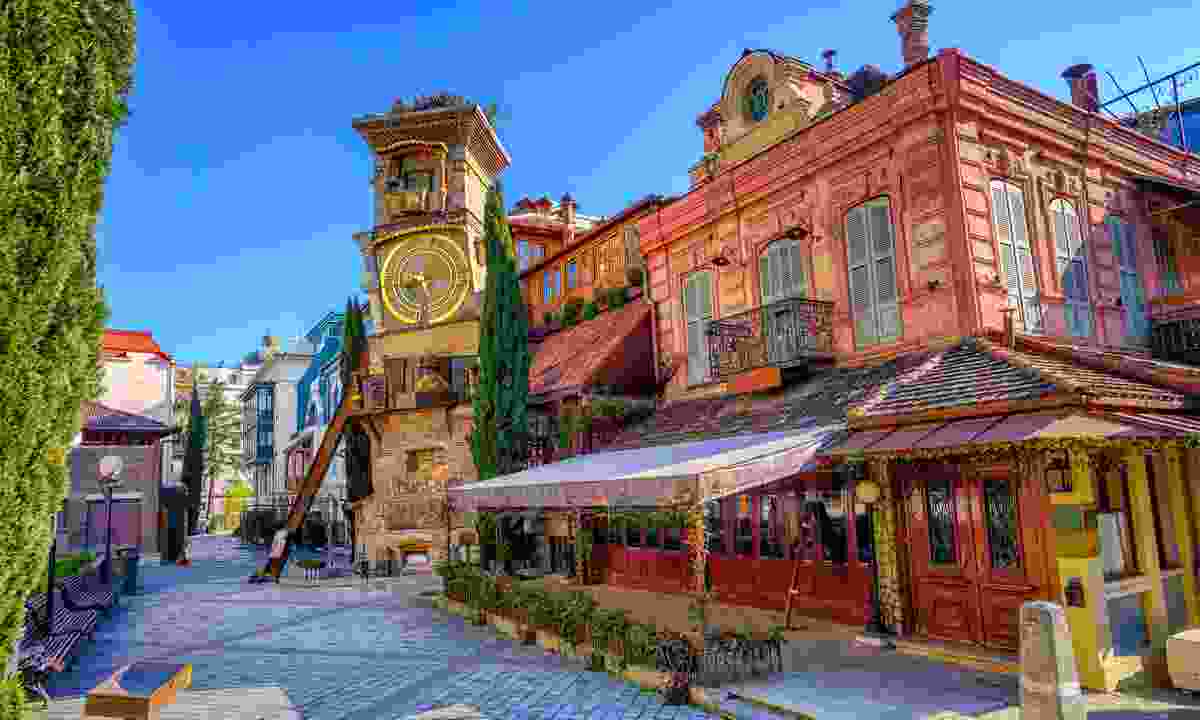 The Old Town of Tbilisi under a blue sky (Shutterstock)

Tbilisi is a year-round destination and it rarely snows. May, June and September is when the weather is mild.

How to get to Tbilisi 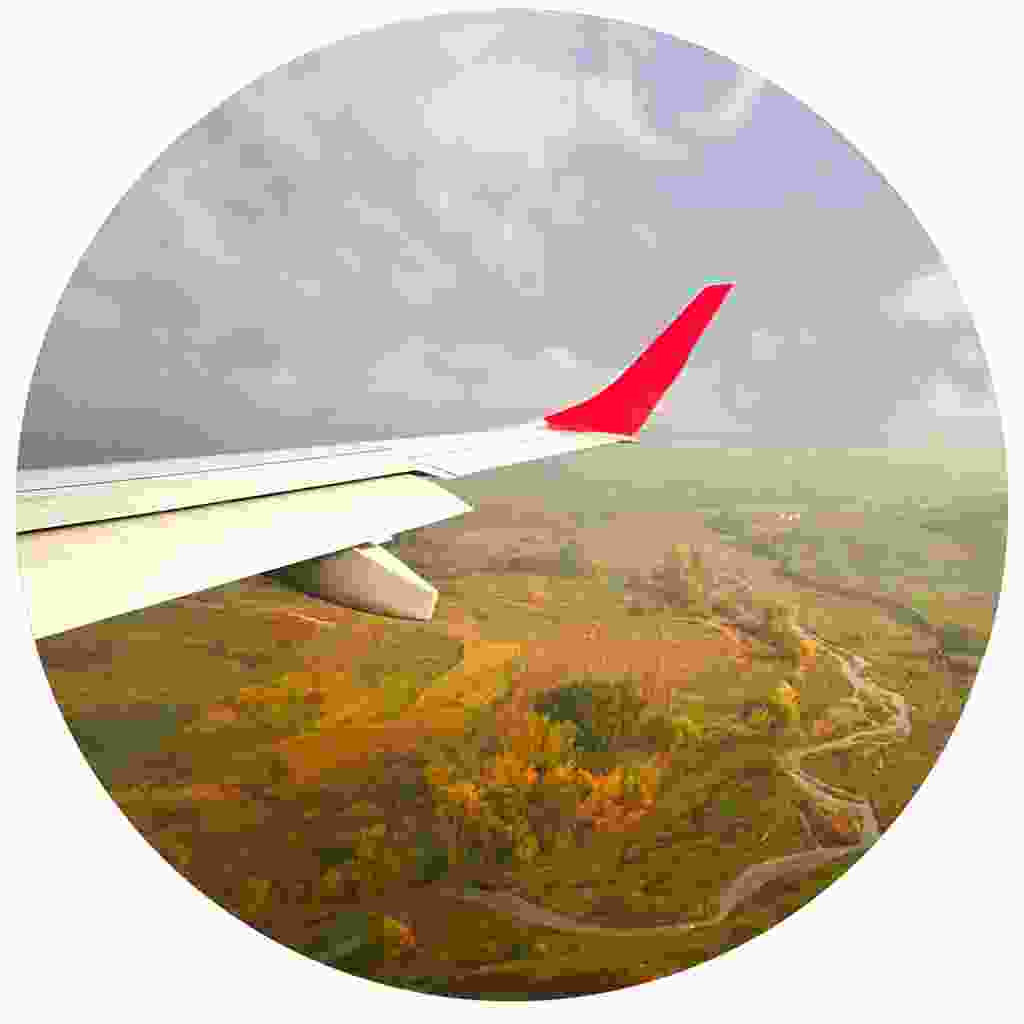 You can fly direct to Tbilisi International Airport, 10 miles east of the centre, from London with Georgian Airways, or indirectly with airlines such as Emirates, Pegasus and KLM. There are also indirect flights departing from major cities across the UK. 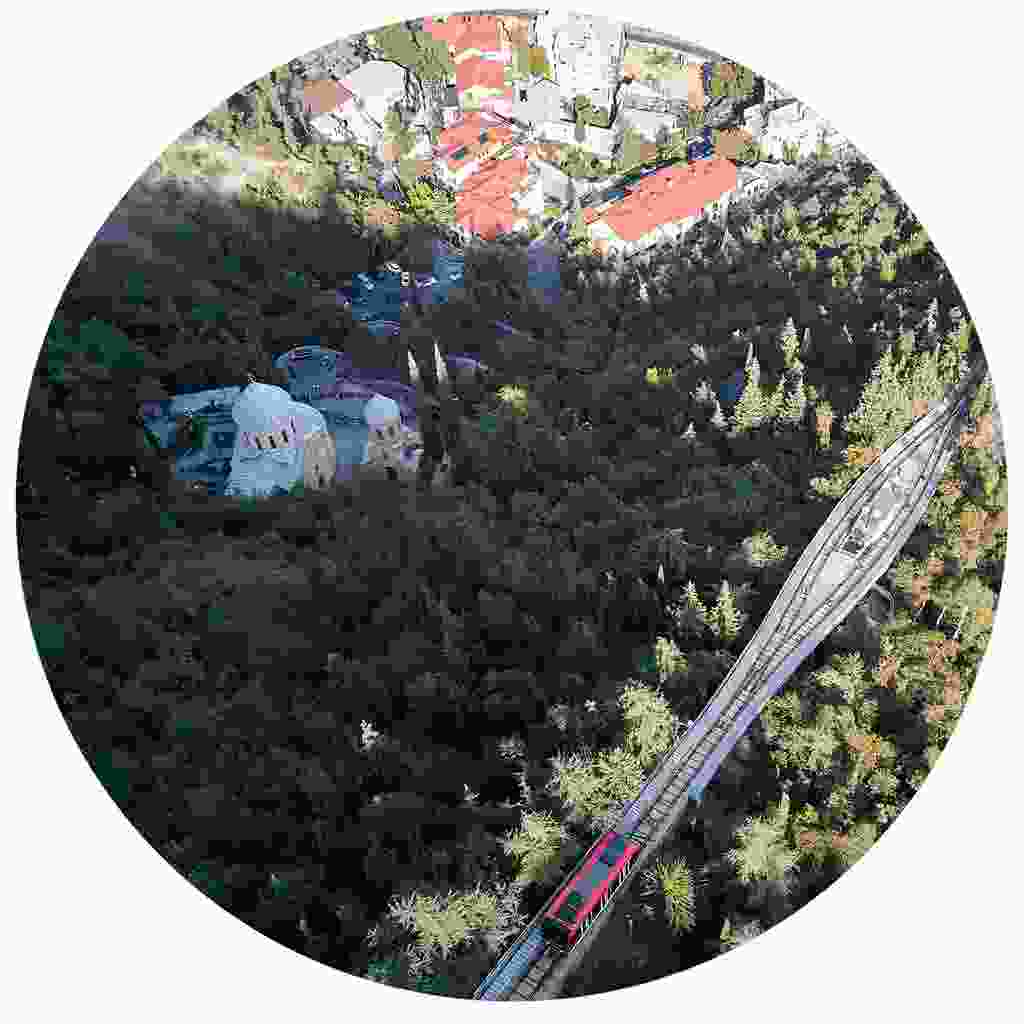 Tbilisi’s train station is the rail hub of Georgia, with international links to Yerevan (Armenia) and Baku (Azerbaijan), as well as domestic links to cities such as Batumi, Kutaisi and Zugdidi. Georgian Railways is the national rail operator – tickets can be booked via their website (railway.ge). A passenger service between Baku, Tbilisi and Kars (Turkey) is expected to open in late 2019. 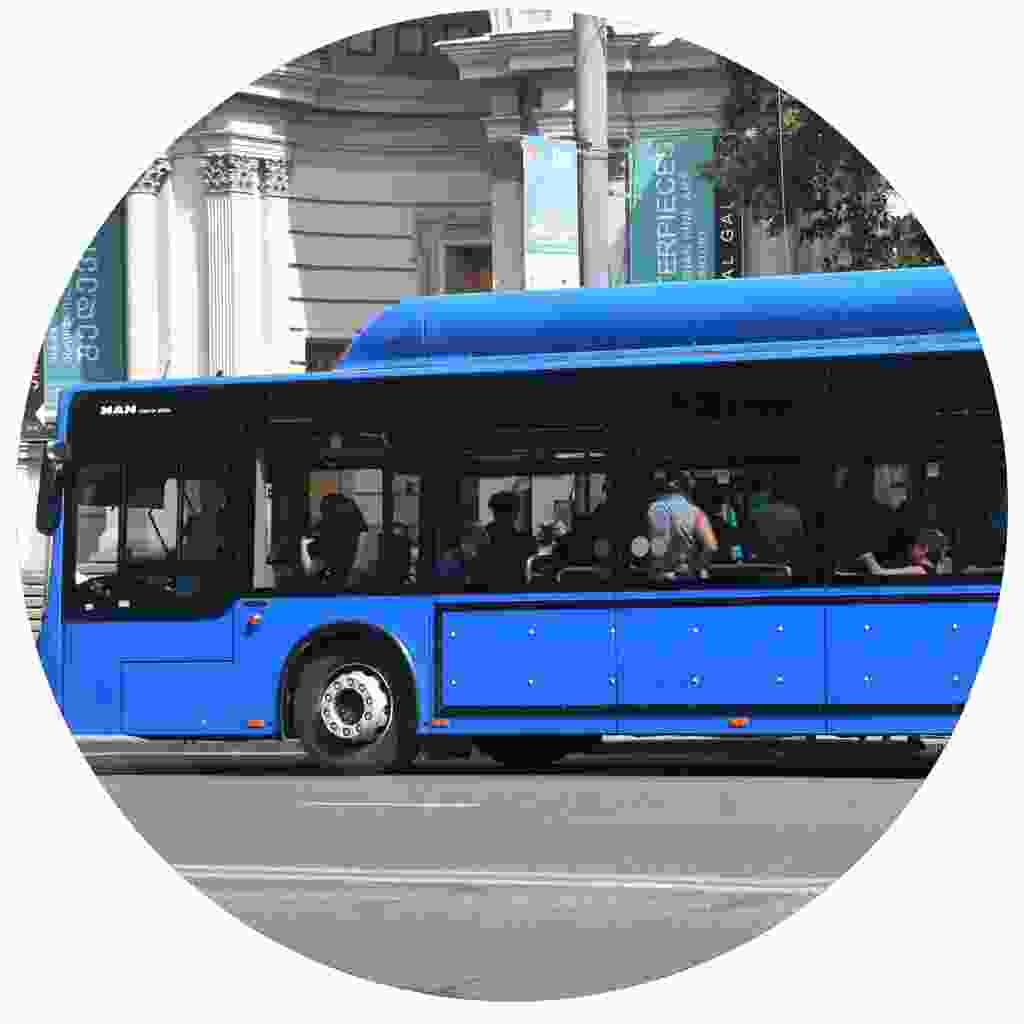 There are three main bus stations in Tbilisi: Didube, which mostly links to destinations in north and west Georgia; Ortachala, which mainly covers the south; and Samgori, serving destinations in the east. 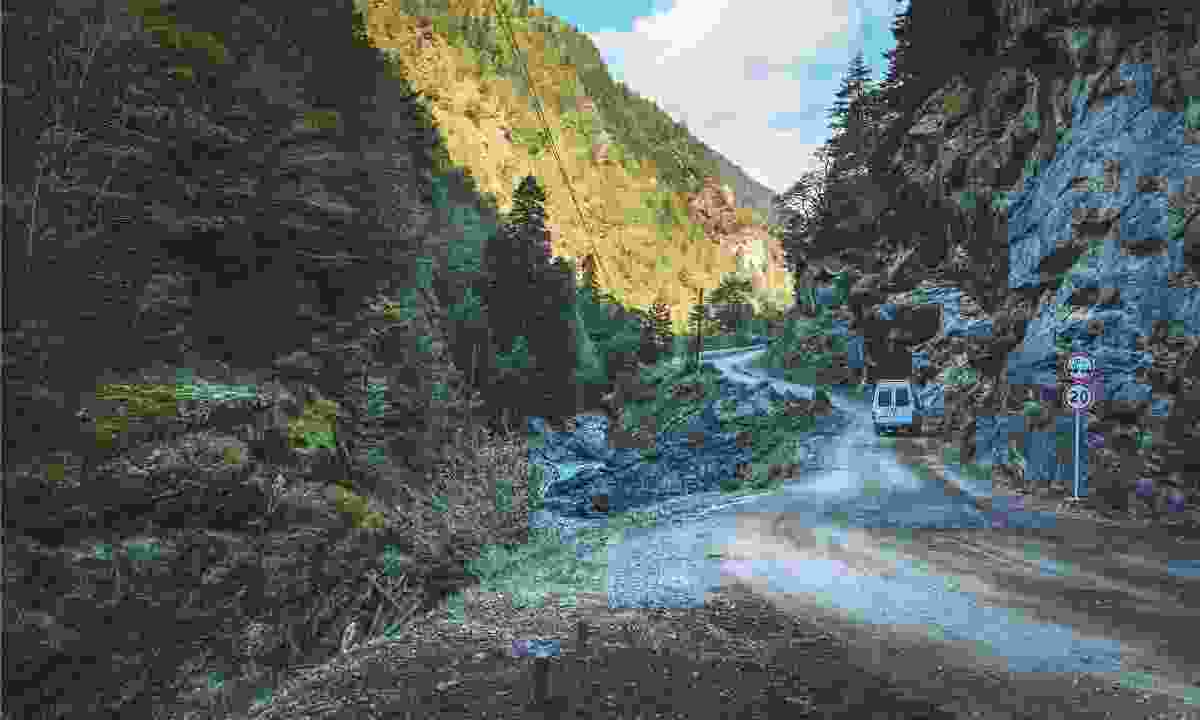 It’s easy to get around Tbilisi by public transport. A popular option is to jump on the yellow city buses and marshrutka (minibuses), which travel across the city and out into the suburbs. There’s also an efficient metro system with signs in English. Metromoney cards are sold at metro stations and can be used on the metro, city buses and marshrutka. Taxis are usually unmetered, so agree a fare before getting in.

1. It's one of the oldest settlements in the world 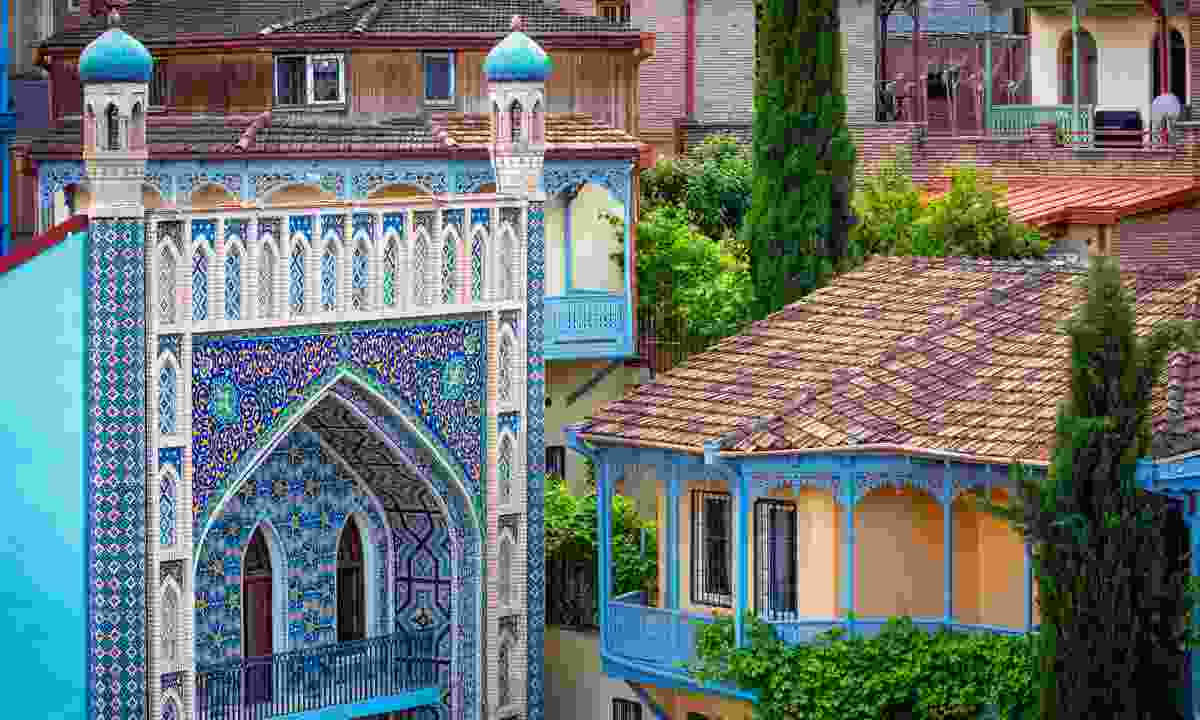 Tbilisi is one of the world’s oldest settlements, with archaeological evidence pointing to human habitation as far back as BC4000. Over the centuries the city has been ruled by Arabs, Mongols, Persians, Ottomans and Russians.

2. And it has some really old and beautiful churches 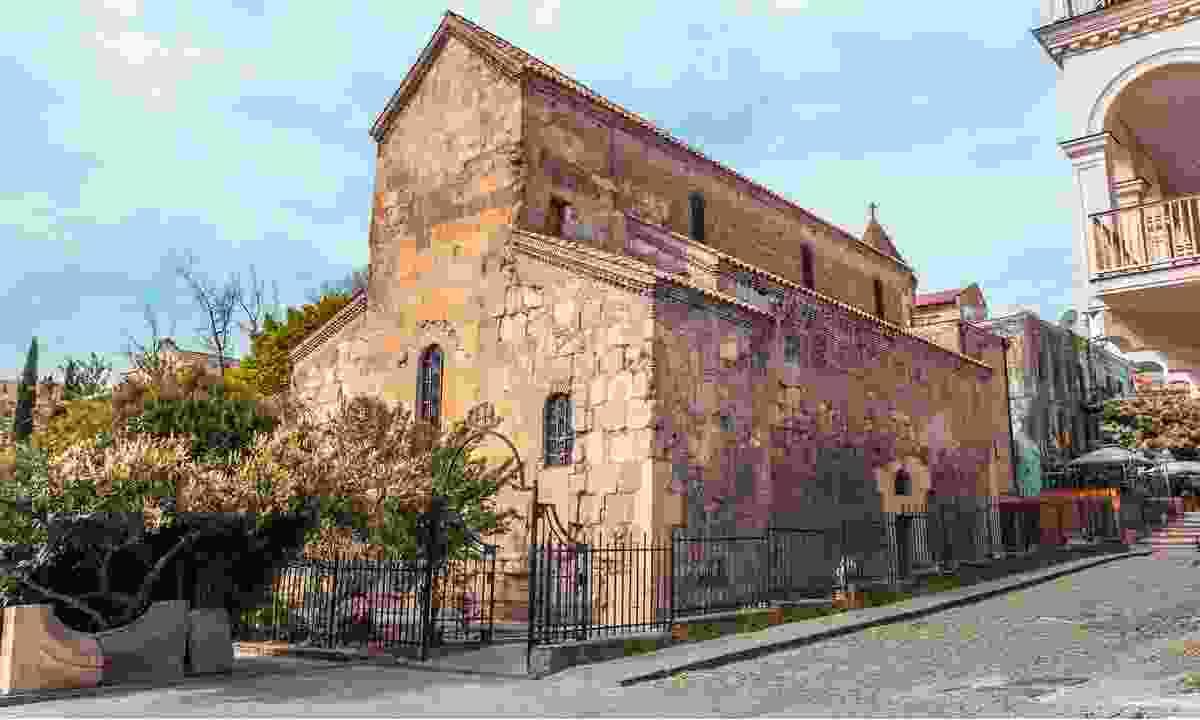 3. It's named after it's incredible baths 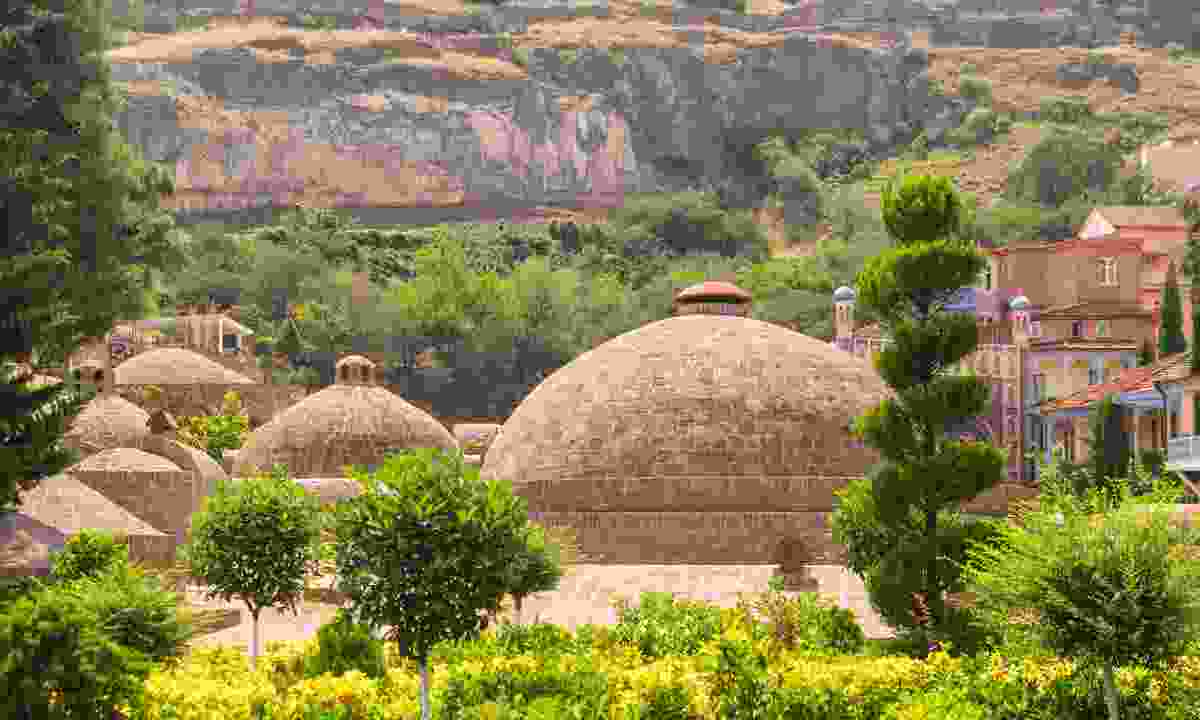 ‘Tbili’ means ‘warmth’ in Georgian – a reference to the sulphur baths found on the east bank of the Mtkvari River.

4. Tbilisi's most famous landmark is its giant Kartlis Deda 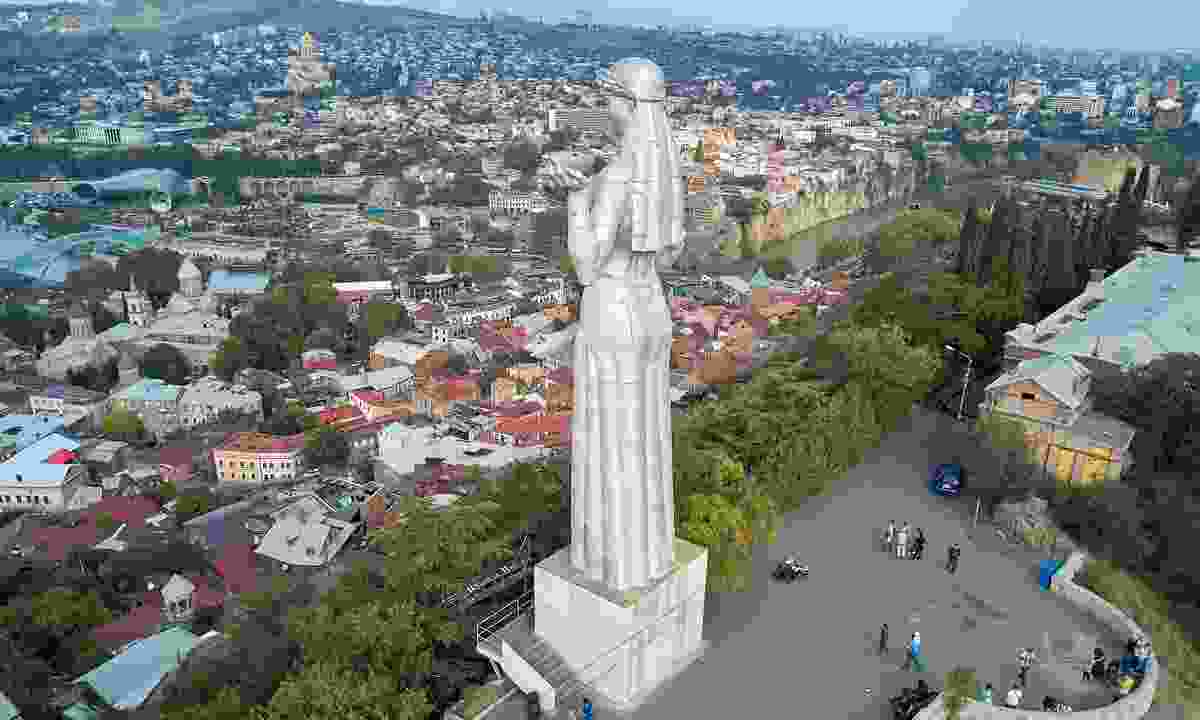 Tbilisi’s primary landmark is Kartlis Deda (Mother Georgia), a statue of a woman with a cup of wine in one hand and a sword in the other. It symbolises the city’s renowned hospitality and its readiness to defend itself. Language: The main language, understood by almost everyone, is Georgian, but Russian and English are both widely spoken languages. 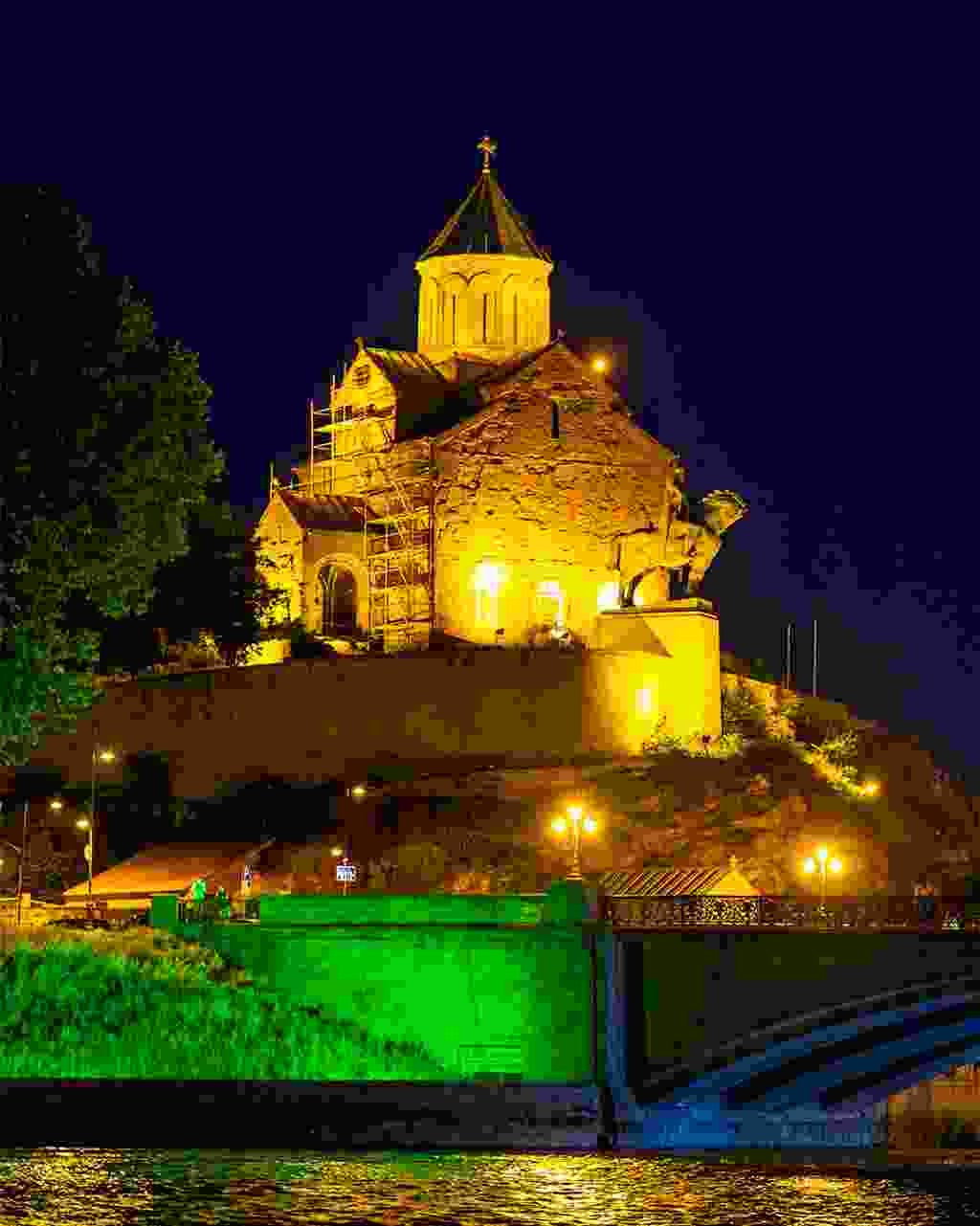 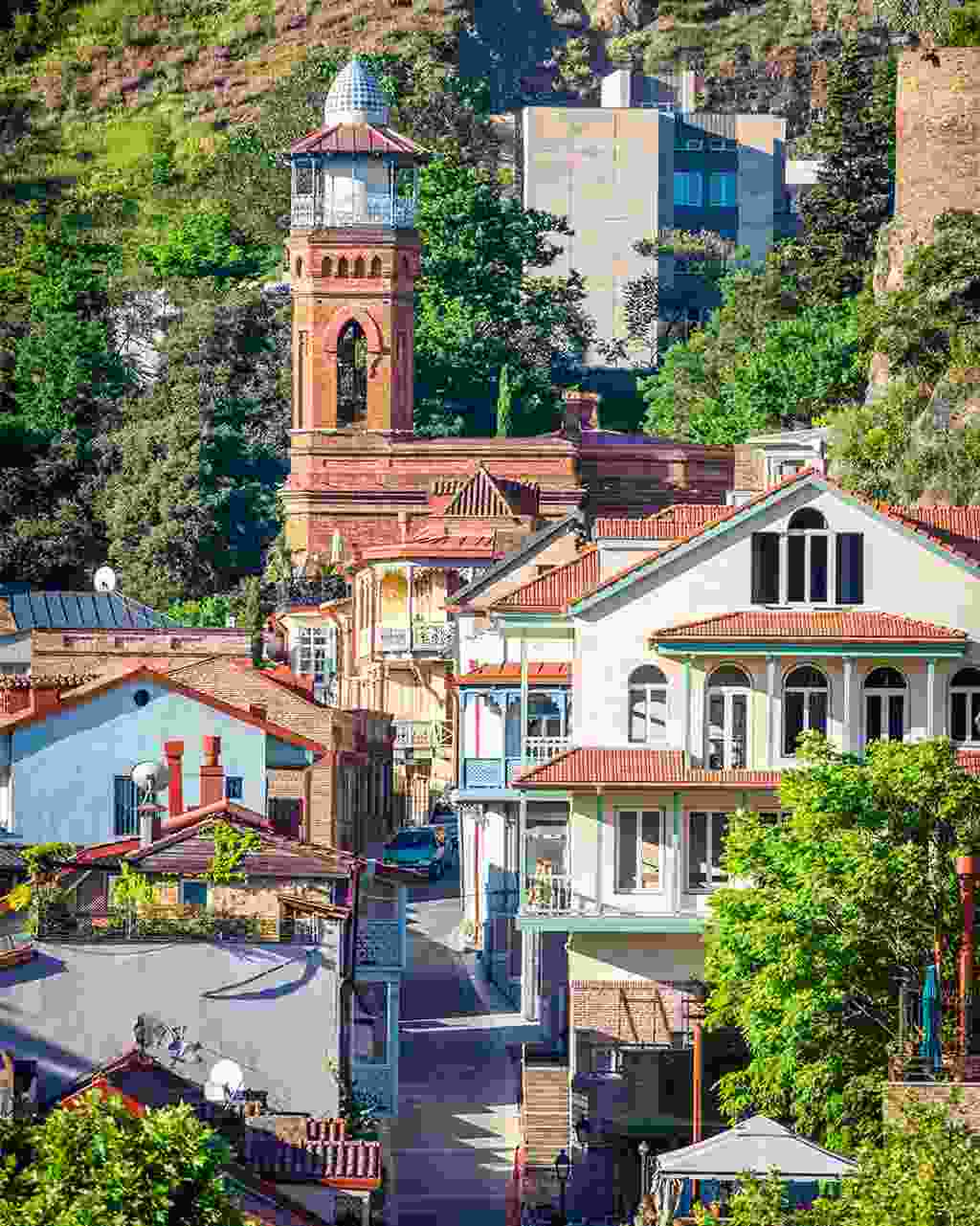 Visas: No visas are required by British nationals for stays up to one year.