10 things we bet you didn’t know about Tbilisi, Georgia

Georgia’s capital has everything you could want for a city break – from Soviet relics and a spectacular Old Town, to steam baths and scrumptious cuisine...

1. It's ancient, futuristic and everything in between 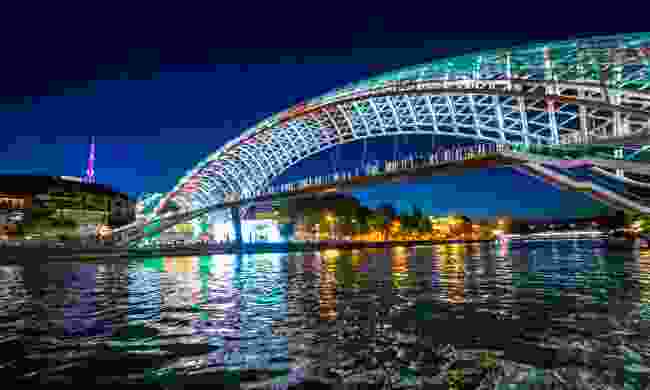 When it comes to architecture in Tbilisi, you can go from old to new simply by crossing the river. The Old Town, set in the narrowest part of the valley and overlooked by the formidable Narikala citadel, still has the feel of being at the Eurasian crossroads, a pastel-coloured medley of carved wooden shopfronts, 6th-century churches and antiquated markets selling delicious homemade wine and traditional Georgian rugs. Over the Mtkvari River, you’ll find more modern delights. The Peace Bridge, a glass and steel structure by Italian architect Michele De Lucchi, links the Old Town with flower-filled Rike Park. Here you’ll find the Presidential Palace, a classic porticoed structure topped with a egg-shaped dome, and the futuristic tubes of the planned Concert Hall and Exhibition Centre.

2. Every meal is a feast 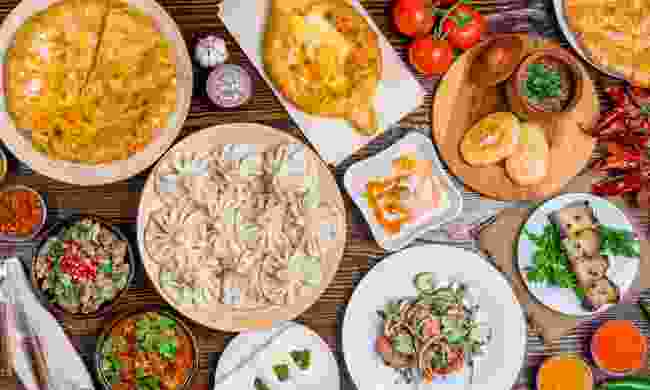 Georgia’s unique cuisine is a fusion of Middle Eastern, European and West Asian influences. Meat, bread and cheese play a starring role, and you’ll find the likes of Adjaruli khachapuri cheese bread, fragrant chakapuli meat stews and spicy khinkali dumplings on menus right across the city along with a variety of options for vegetarians. All of this is complemented with heaps of garlic, walnuts, coriander and cumin – washed down with plenty of Georgian wine. Every meal is a supra (feast). If you want to investigate further, the riot of fresh ingredients at the heart of this cuisine are on display at the Dezerter Bazaar, Tbilisi’s primary food market. It’s well worth a visit – your senses will thank you.

3. The thermal baths are blissful 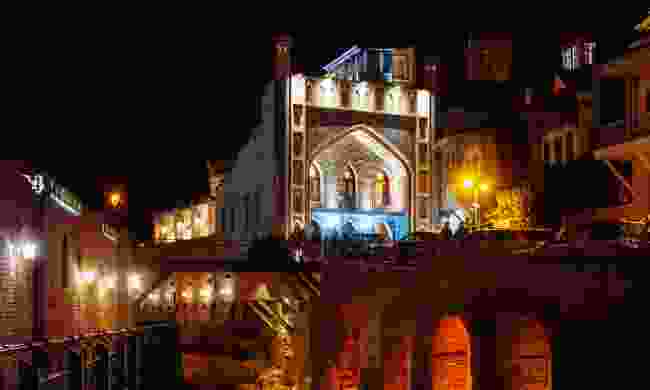 The thermal water beneath the city streets is the reason Tbilisi exists. According to one legend, King Vakhtang Gorgasal decided to build his capital here after hunting in the area in the 5th century. When his falcon dropped an injured pheasant on a hot spring and it recovered, the king was extremely impressed. Today you’ll find the bulk of the subterranean baths in the Abanotubani district, an area recognisable by its mismatched brick domes and pervading sulphurous scent. The striking Orbeliani Baths are the best of the bunch, awash with pretty blue tiles. Take a dip in the communal pools or enjoy an exfoliating scrub and massage. Either way, you’ll be expected to be fully nude.

4. Its cable car travels back in time 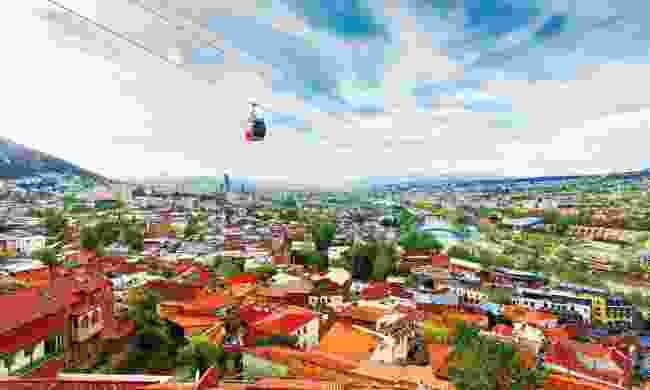 Perhaps the best way to get an overview of this diverse city is at one of its bird’s eye vantage points. In Rike Park on the river’s north bank, you’ll find the city’s cable car terminal. Swinging across the water and high over the Old Town rooftops, it ascends up to the ruins of Narikala, a 4th-century fortress whose name translates to ‘citadel’. Once there, wander along the clifftop path – via a stop for some pomegranate juice – up to a statue of Kartlis Deda (Mother Georgia), where you can appreciate the sweeping views. Alternatively, ride the glass funicular railway from Chonkadze Street up the sheer cliffs to the summit of Mount Mtatsminda, where you’ll find a Soviet-era amusement park crowned with a rickety 80m Ferris wheel. 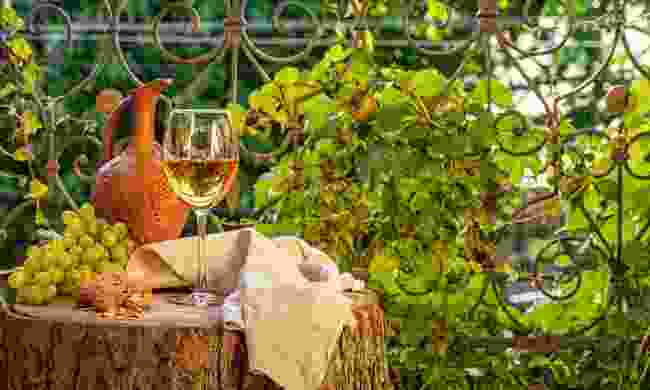 The local wine in Tbilisi is orange (Shutterstock)

With a history stretching back some 8,000 years, winemaking is part of Georgia’s national identity. The county is a wine lover’s paradise, with amber wine being particularly popular. Its unique colour and full-bodied flavour is down to the fact the whole grape, skin and all, is used. Amber wine is still made in the traditional way, by ageing it in terracotta urns called qvevri that are buried underground. If you’re keen to sample a glass, descend into the brick-lined basement of Vino Underground in the Old Town to discover a full selection of qvevri, along with European and New Zealand-style wines. 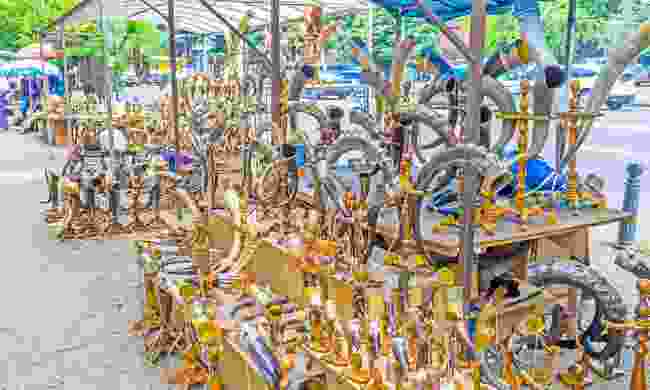 Like its architecture, Tbilisi displays a fascinating contrast of old and new when it comes to shopping. While its shopping centres, including Tbilisi Mall, East Point and Galleria Tbilisi, are filled to bursting with familiar international brands, you can still find the work of local Georgian designers in contemporary outlets. If you’re more interested in Soviet-era treasures, don’t miss a trip to the Dry Bridge flea market, where you’ll come across a real mishmash of objects. Wander the rows and bargain with the vendors for well-thumbed Russian classics, tulip-shaped Turkish tea glasses and Georgian enamel jewellery.

7. For creative capers, head to Fabrika 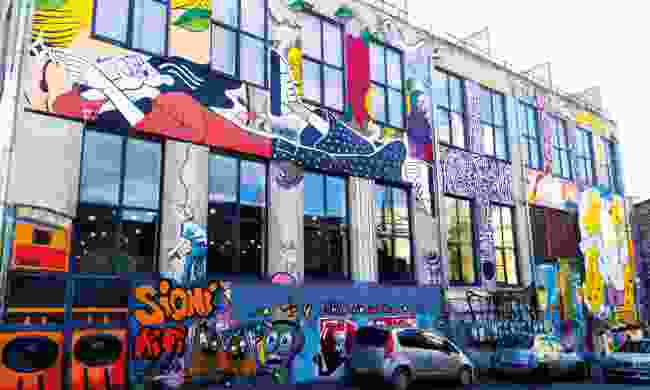 In recent years, Tbilisi has gone from strength to strength, regenerating its industrial urban spaces into creative homes for trendy independent businesses. Fabrika, for example is the city’s biggest success story. This was once a Soviet textile factory and is now a colourful mural-plastered home for pop-up shops, artists’ studios and cafés serving fusion food – not to mention the biggest backpacker hostel in the city. It also offers a packed and diverse events calendar, making it the place to come for rooftop tango lessons, late-night yoga sessions or masterclasses in everything from Georgian cooking to photography.

8. There's a festival for everyone 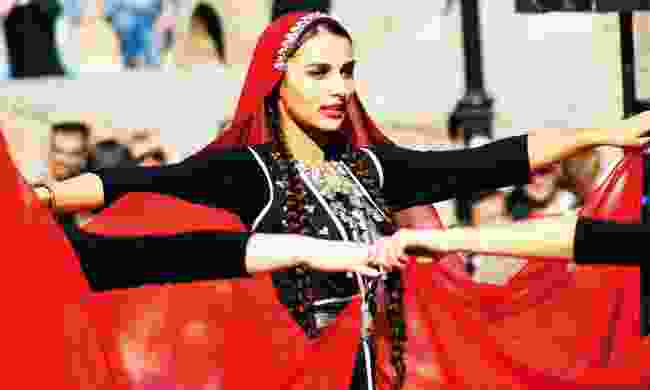 Thanks to an active calendar of festivals and events, there’s plenty to keep visitors occupied all-year round. If you’re eager to immerse yourself in local culture, plan your travels for October to coincide with Tbilisoba. Tbilisi commemorates its birthday during the month and the city revels with homemade food, folk music and traditional dance performances. If you’re interested in Georgian wine, the New Wine Festival showcases the best vintages from different regions of the country in May, while Rtveli celebrates the grape harvest in September. Electronic and rock music fans should arrive for the Tbilisi Open Air usually in June. Or if you prefer jazz, the Tbilisi Jazz Festival draws in performers from around the world.

9. The city has a hidden side 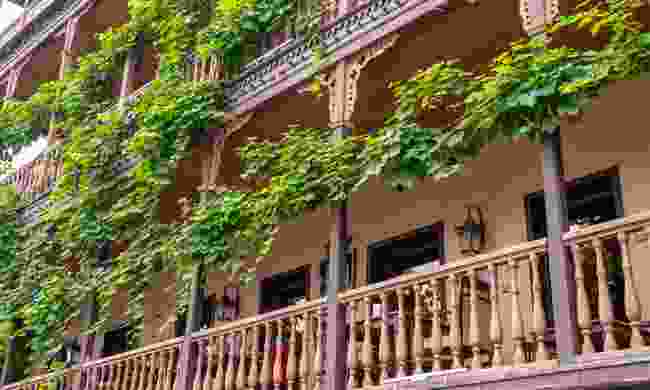 With Narikala, the Abanotubani district and Rike Park all vying for your attention, it’s easy to overlook Tbilisi’s lesser-known sights – the ornate entrance halls, pretty courtyards and wooden balconies that give the city’s older architecture its charming, crumbly character. You’ll stumble upon many fascinating buildings if you explore the side streets of the Old Town. It’s full of places with overhanging bridges, spindly spiral staircases and leafy yards where locals gather to trade the gossip of the day. Perhaps the best way to navigate your way through this labyrinth is to book onto a walking tour and let a guide illuminate your path.

10. The adventure doesn’t stop when the sun goes down 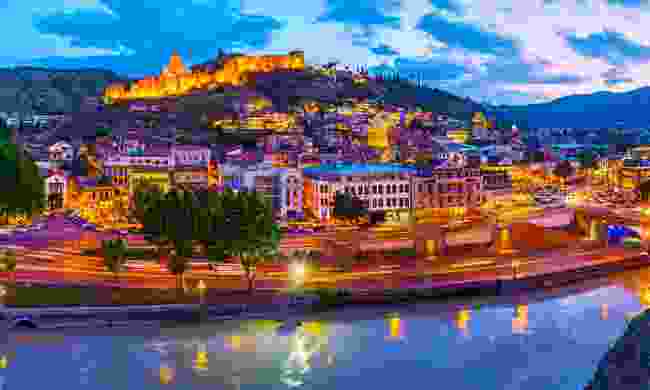 The Narikala fortress at dusk (Shutterstock)

Tbilisi is not only full of energy during the day, it’s also a vibrant city at night. If you’re out after dark, head to Shardeni Street in the heart of the Old Town to find a diverse and lively scene – the cafés, restaurants and bars there are open seven nights a week. Sit and chat with locals then take a pleasant stroll down the cobbled narrow streets. If you look up, you’ll see the ancient Narikala fortress standing majestically above, illuminated by atmospheric lights. Antique lovers can also hunt for bargains at the night market at Dry Bridge, wine lovers are able to sample more Georgian delights during an evening of wine tasting, and culture vultures may wish to indulge watching a ballet performance at the Paliashvili Opera House.

Ongoing projects are seeing the creation of more places in Tbilisi with a similar atmosphere to Shardeni Street. Orbelini Square, for example, has recently been renovated. The two main streets have been pedestrianised and 13 buildings in the area are historical and cultural heritage sites. Be sure to explore the internal courtyards and architectural detail of the buildings and monuments in this area.