Warm up in Worcestershire this winter: 4 reasons the English county makes a great post-summer escape

Lush and green in summertime, Worcestershire looks just as inviting in autumn and winter, with foliage turning fiery and pubs becoming even more cosy. Here's four reasons to visit this winter...

Worcestershire isn’t short of quintessential English countryside. Lush and green in summertime, it looks just as inviting in autumn and winter, with foliage turning fiery and pubs becoming even more cosy. Here are four reasons why Worcestershire is great for a post-summer escape… 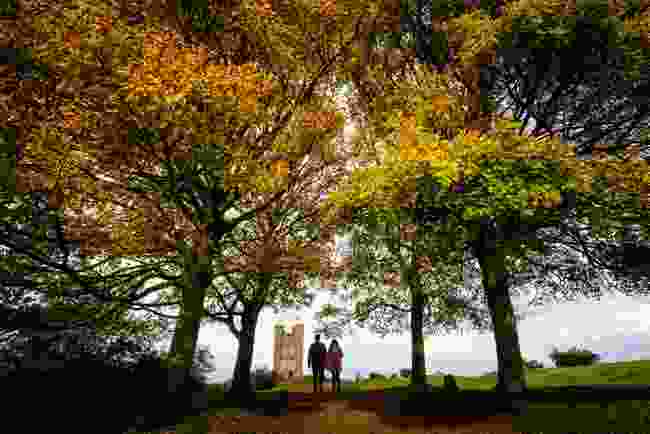 Worcestershire’s countryside arguably looks its best during autumn, with its abundant trees, rolling hills and hedgerows erupting into shades of gold, crimson and amber. With crisp leaves underfoot, there’s perhaps no better sight – or sound – in the county, and a walk among its wild corners is the best way to appreciate it.

Forming the natural border between Worcestershire and Herefordshire, the Malvern Hills not only serve up scenic drama but also offer fine vantage points to witness its autumnal glory. A hike up North Hill rewards you with a panorama of russet-coloured meadows, flame-hued coppices and the copper-tinged Worcestershire Beacon, the Malvern Hills’ highest point at 425m.

A stroll through Ravenshill Woodland Reserve reveals otters, woodpeckers and ravens while the parkland of Croome Court – created by celebrated landscaper Capability Brown – makes you feel like you’re wandering through a watercolour painting.

Elsewhere, walking the Clent Hills not only promises views streaked with orange and ochre but the chance to pick ripened fruit such as blackberries. Crunch past ancient oaks in Wyre Forest, while Arley Arboretum’s sheer diversity – with over 300 species of tree – led it to being named by Countryfile as one of the best places in the UK to witness autumn colours. 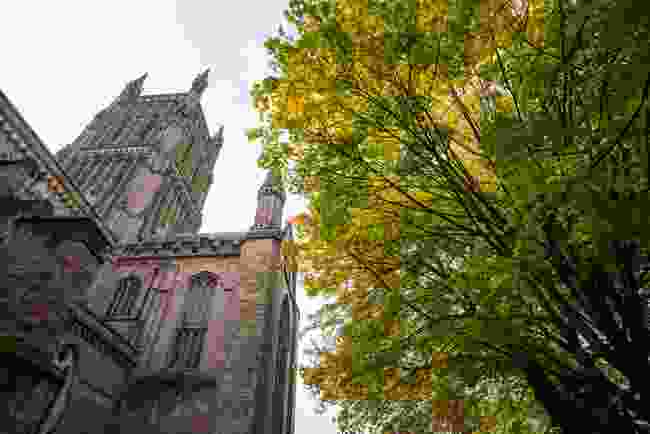 Beyond their good looks, Worcestershire’s wild landscapes are a canvas on which the county’s rich history is painted. Dating back to 1084, Worcester Cathedral is undoubtedly the county’s heritage jewel and a guided tour is the best way to admire this Norman masterpiece. Climb up its tower and you’ll be looking out from the same spot Charles II did during the culmination of the English Civil War in the 17th century. The 18th-century Broadway Tower, another legacy of Capability Brown, is also a fine landmark from where you can witness this former battlefield.

For a cheerier period of Worcestershire’s past, the Italianate ruins of Witley Court may only be a shell these days but the atmosphere of the extravagant Victorian parties it once hosted can still be felt here.

Living history is easy to find, too. There are few better ways to explore Worcestershire than via the horsepower of a classic Morgan sports car, which have been built in the county by the same founding family for over a century. For a more languid perspective of the surrounding genteel landscapes, the Severn Valley Railway’s Gin Train serves a selection of artisan spirits as you roll through Worcestershire's countryside. 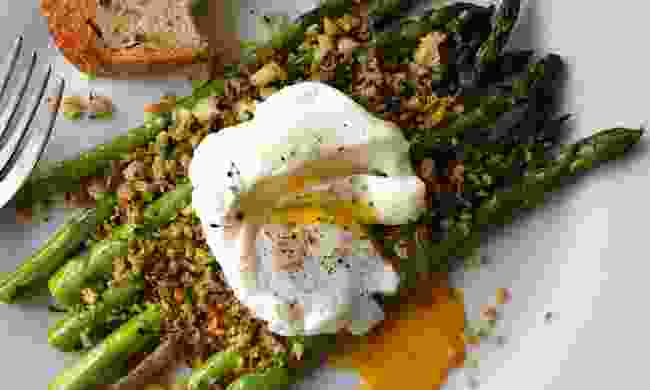 Kent may be the Garden of England, but Worcestershire gives it a run for its money. Its eponymous sauce may be one of its biggest exports but the county also has a booming food and farming industry. Autumn is harvest season, meaning there is no better time to try its fresh produce including plums, asparagus and tomatoes as part of a hearty meal in a local pub or during a visit to one of the many well-stocked farm shops. Worcester itself is a great starting point, with several eateries showcasing the county’s larder. Wayland’s Yard is the city’s go-to brunch spot with their own roasted coffee, while Ostlers at Number 1 is an indie bistro plating up the best of Worcestershire’s produce in style. If you want to crank up the fine-dining factor, many of the fruit and vegetables in Pensons’ Michelin-starred meals are grown in the gardens of the surrounding Netherwood Estate.

Worcestershire also has plenty to wash down your meals with, whether it’s a tour and sampling at Astley Vineyard (one of the oldest in the UK) or tastings at the Piston Gin Distillery. 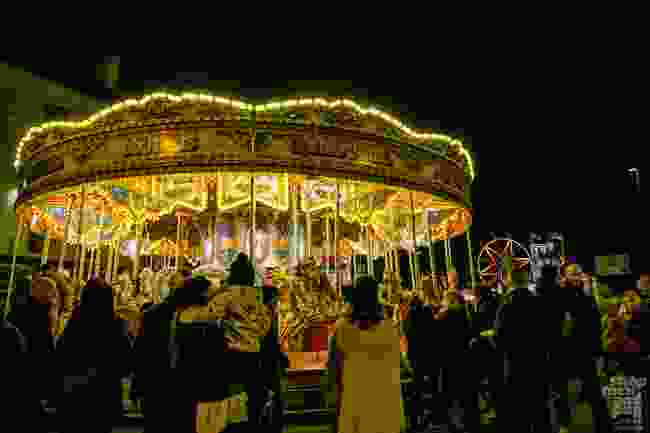 The annual Victorian Fayre attracts visitors from far and wide

The leaves may be dropping off, but Worcestershire doesn’t wind down for winter. December kicks off with the Worcester Victorian Fayre (2-5 Dec), where period actors dressed as urchins, chimney sweeps and 19th-century ladies and gentlemen whisk you back 150 years. Buskers and entertainers on stilts add to the atmosphere, while some 200 stalls line the city’s heritage centre as its Christmas market continues the festive buzz (6-23 Dec), bringing a touch of Bavaria to the city.

With their roaring fires and half-timbered architecture, medieval pubs such as The Fleece Inn and the King Charles II are snug antidotes for the winter chill. The latter is where the former king fled from after the English Civil War – these days it’s better known for its award-winning pies.

Finish with a cosy stay at one of Treetopia’s idyllic treehouses or with a spa retreat at the Elms Hotel. Dog owners will be welcome along with their pooch at Brockencote Hall Hotel. Or, ramp up the luxury with a stay at the Fish Hotel, an elegant country estate surrounded by 400 acres of rolling land – the perfect finale to an autumn escape.

Start planning your perfect winter break in Worcestershire now by heading over to the official website.