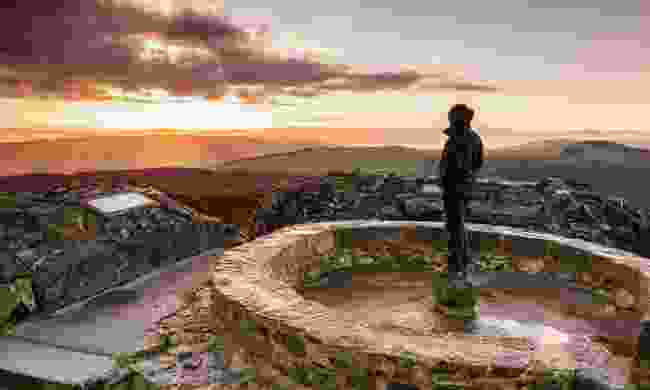 Appreciating the view from the toip of Moel Famau (Shutterstock)

North east Wales is sometimes overlooked as a destination for walkers. Much of it is covered by the path named after the man who brought the humble penny into monetary circulation.

King Offa of Mercia was responsible for building a ditch that was 27 metres wide and eight metres deep that ran along the border between Wales and England – presumably with the intention of keeping the troublesome Welsh off his land. Inadvertently he created a spectacular walking route – the Offa’s Dyke Path.The walk up to the summit of Moel Famau (Mother Mountain), the peak of the Clwydian Range, is among the highlights. Check out the remains of a 19th century Egyptian-style obelisk while you’re there and wonder at the eccentricity of it all. 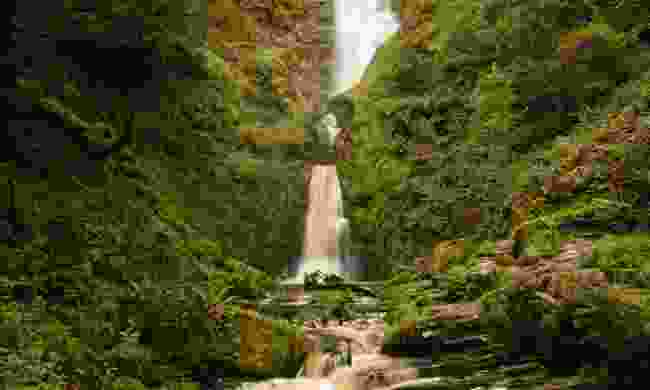 The unspoilt heartland of mid Wales is where 15th century Welsh prince Owain Glyndŵr instigated his rebellion against the English monarchy’s rule over his homeland. The newest of the National Trails of Wales, it takes in many of Wales’ most dramatic locations, including the mountains of Cadair Idris and Plynlimon, as well as historic towns like Machynlleth and Welshpool. The 74 metres high Pistyll Rhaeadr waterfall in the Berwyn Hills is a full 23 metres higher than the Niagra Falls. It’s a particularly dramatic sight to see it frozen in winter. 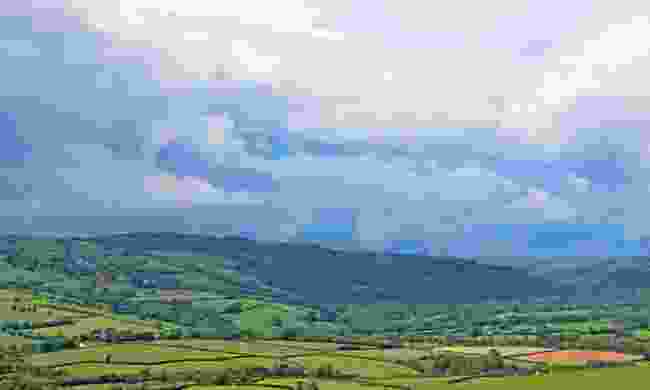 View of the Black Mountains in the Brecon Beacons (Dreamstime)

The mid Wales mountain ranges form the lofty heights of the Brecon Beacons National Park. The Offa’s Dyke Path passes through the area and there are several other routes, which take in the area, including the Monmouthshire and Brecon Canal Walk and the Usk Valley Walk. There’s a sense that you’re as far from the madding crowd as you can get in the National Park, where the red kites soar high above the natural splendour of the gorges, caves and waterfalls of the Brecon Beacons. 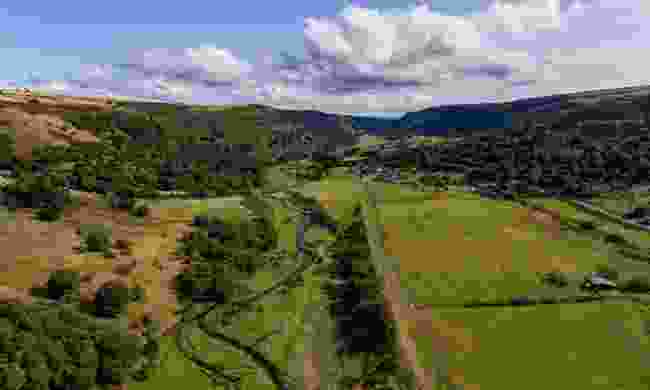 Sirhowy River in the welsh town of Tredegar (Shutterstock)

The industrial heartland of Wales is characterised as an area of natural splendour torn apart by the hunger for coal and steel during the Industrial Revolution of the 18th and 19th centuries. It’s true that a third of the world’s coal supplies were once excavated from the mines of the South Wales Valleys, but that only tells part of the story. The dramatic valleys landscape, including Coed Morgannwg Way, Ffordd-y-Bryniau (Taff Ely Way), Rhymney Valley Ridgeway Walk and the Taff Trail, provides a variety of established walking routes that help to piece together a jigsaw of heritage, industry and natural drama.