Make a splash! 7 reasons why the Philippines is Asia’s diving capital

Sharks, mantas, turtles, thousands-strong shoals of colourful fish, coral gardens and are sunken canyon are common sights in the Philippines. Just some of the reasons we'd recommend diving here...

It’s no surprise the warm waters of the Philippines have made its islands a go-to destination for divers of all standards. Many sites can be visited year-round, with resident marine life offering spectacular encounters almost daily. Sharks, mantas, turtles and thousands-strong shoals of colourful fish are common sights, and incredible underwater topography, from vast coral gardens to sunken canyons, reward those prepared to explore…

1. Join a shoal at Moalboal 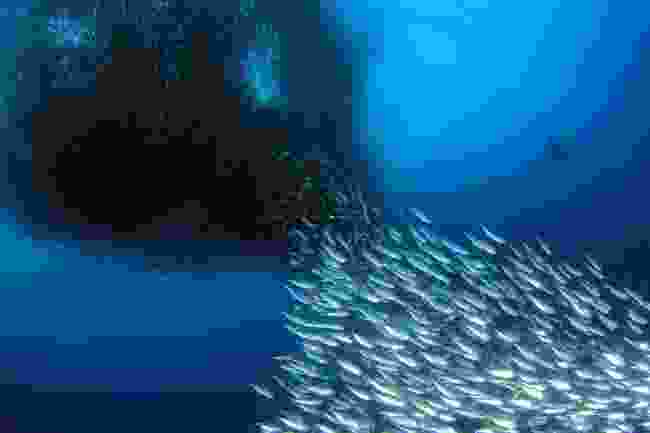 Most divers have heard of South Africa’s famous seasonal ‘sardine run’ but few realise you can find the same experience in the Philippines year-round. Moalboal, on the south-west coast of Cebu, is home to million-strong shoals of sardines, darting in great undulating silvery waves as little as 20 metres from Panagsama beach. It’s an entirely natural phenomenon: the fish come to feed daily on plankton near the surface. Snorkel gear is enough to put you among the throng, but divers will have a better chance of finding themselves wrapped in a thrilling, tightly knit bait ball, the swarm of the sardines enough to blot out the light. Combine with a trip to nearby Pescador Island for wild wall dives that reveal a thriving reef and dramatic overhangs and caves. 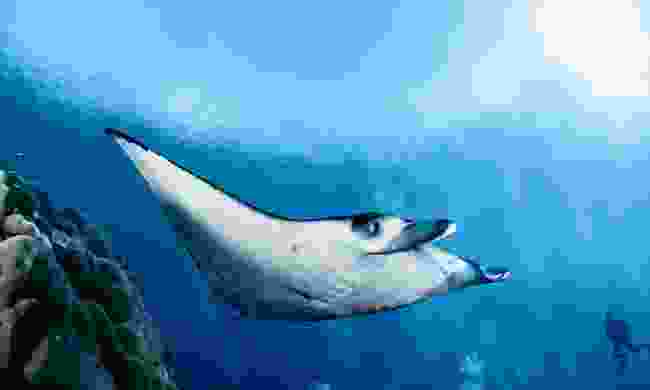 For those prepared to travel, the UNESCO-listed waters of Tubbataha Reef Natural Park are another world entirely. The site can only be reached by liveaboard boat (10–12 hours from Puerto Princesa), but its isolation is one of the reasons it’s now home to half the world’s coral species. For generations this part of the Sulu Sea lay too far for fishermen to reach in large numbers, and it is now heavily protected; even today only a handful of dive boats can make the journey, with a slim window of opportunity limited to the summer months (Mar–Jun). The lucky few who make it will find spectacular coral wall dives, 700 species of fish, whale sharks, mantas, hammerheads and nobody else for miles around. Bliss. 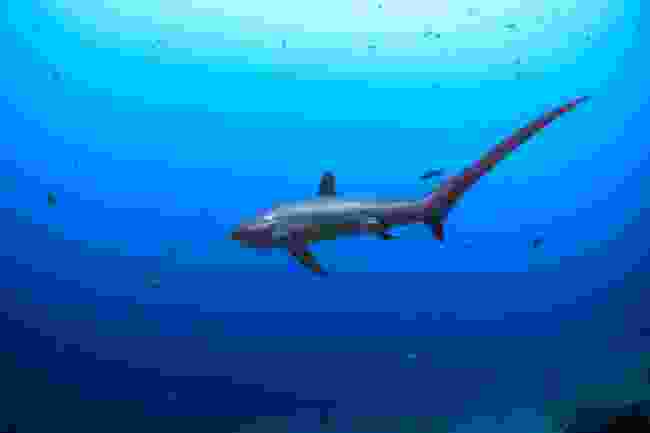 The tiny island of Malapascua, off the southern tip of Cebu, is a quiet escape with little in the way of development. That’s because the main focus of everyone’s attention here isn’t beaches or bars; it’s what lies offshore that excites. Its waters are famed for their sightings of pelagic thresher sharks, which visit the nearby marine park of Monad Shoal to be cleansed by battalions of resident cleaner fish. It’s the only place in the world where you can dive with these whip-tailed creatures on a daily basis. Early starts (4am!) are a small price to pay, with boats attempting to reach dive spots before dawn, when the sharks typically arrive, their huge black eyes and elongated tail fins clear even in the low light. Spectacular. 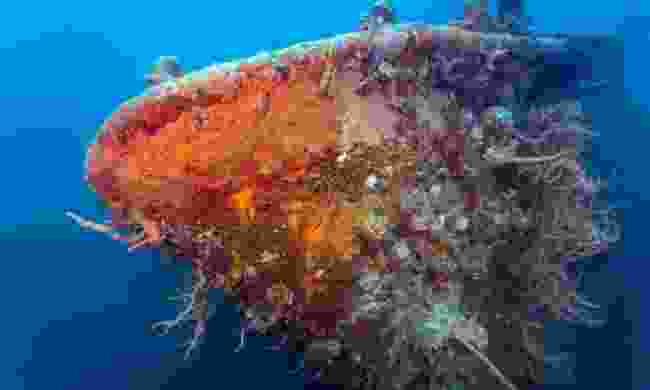 In 1944, a Japanese supply fleet was sheltering in Coron Bay, on the northernmost tip of Palawan, when a squadron of Allied bombers emerged over the horizon. Their fuel was so low and the return journey so long, it’s said they had only 15 minutes to sink as many of the enemy ships as they could before turning back. The result lies in almost pristine condition on the sea floor, from aircraft carriers like the Akitsushima to the huge Okikawa Maru, a 170m-long oil tanker. For wreck divers, there are few World War II dive sites in the world to match it. The scarred exteriors of these sunken vessels are breathtaking, each wreck supporting its own eco-system, and inside are rooms and machine shops preserved with their original artefacts intact.

5. Descend into the canyons of Puerto Galera 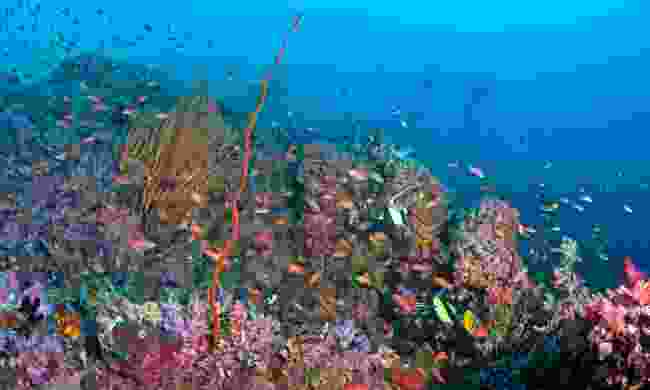 Puerto Galera’s popularity among the dive community is no coincidence. It has a range of accessible sites to accommodate all skills, from coral-encrusted slopes (Sinandigan Wall), to shallow wrecks (Alma Jane), to bustling wildlife (Shark Cave). Back onshore the buzzing bars and white sands offer plenty of respite, but the most thrilling moment here is found in the Canyons. This thrilling drift dive enters through a hole-in-the-wall before the current sweeps you through three canyons, their walls plastered with soft and hard coral. It’s a rapid 40m descent, but as the adrenaline wears off and you find a moment to shelter in each, it becomes a spectacular spot to stay and watch shoals of giant snapper and barracuda parade past.

6. Muck dive in search of critters at Anilao 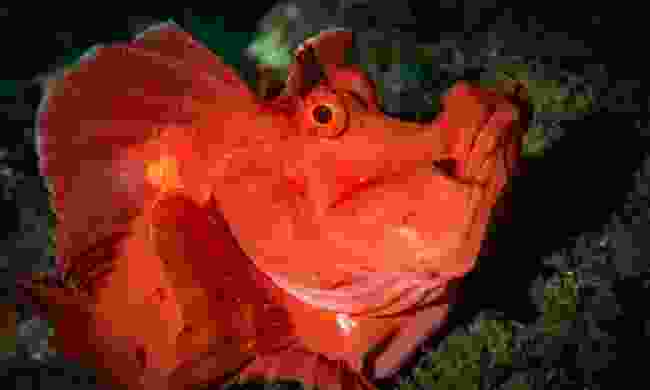 Muck diving might not have the most glamorous of reputations, but in Anilao it rises to an art form. The area, off the bays of Batangas and Balayan, was thought to be the birthplace of scuba diving in the Philippines. In recent years, however, it has made a name for itself as a centre for underwater macro photography. Sites such as Secret Bay (or Manit Muck) are world-famous, allowing divers to stalk slender pipefish, preening mantis shrimp and mutant-looking frogfish on the sea floor barely a handful of metres from the surface. Superb blackwater night diving add an extra frisson, with some incredible wild sights to be found for those with more experience and at least 50 dives under their belt. 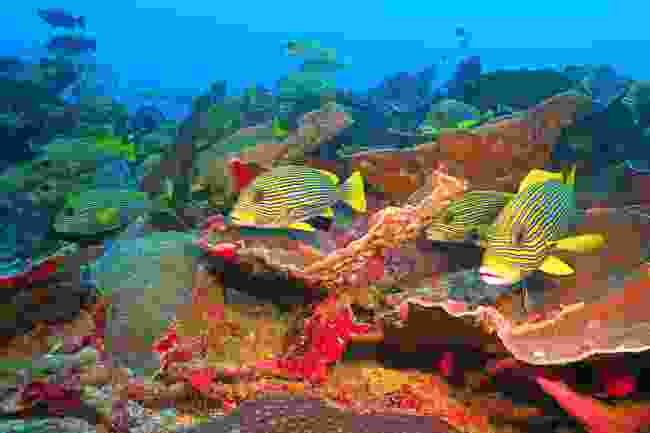 Enjoy the colourful coral of the Apo Reef (Shutterstock)

For giant coral-pocked walls and dizzying drop-offs, the Philippines’ largest reef system has some dramatic topography. Located between the islands of Coron and Mindoro, the UNESCO-listed Apo Reef is actually split into two ‘lagoons’, divided by a 30m-deep channel. Its main dive sites lie just a few hours’ boat ride from Pandan Island, but liveaboard trips allow for greater exploring. Multi-day visitors will want to head for Apo 29, an advanced dive at a sea mountain that rises to 29m below the surface and which has some spectacular big-fish encounters. For the rest, the Ego Wall reveals large pelagics while Shark Ridge sees blacktips, whitetips and mantas drift on by in large numbers. An unforgettable site that rewards longer stays. 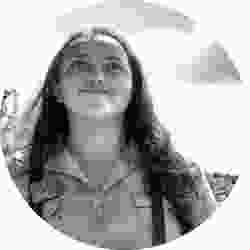