From surf lessons to treasure hunts, island-hopping to puffin-spotting, there's plenty to keep adults and children happily entertained in the Channel Islands

1: Discover a new beach every day Pembroke Bay, Guernsey (Dreamstime)
The Channel Islands have a beach to suit every family, from wild secluded coves to sandy stretches with cafés, restaurants and child-friendly facilities. Guernsey’s beaches are renowned for their cleanliness, with Vazon and Grandes Rocques Bays both winning awards. Stretches of sand are so plentiful that it’s not hard to find a quiet spot, even in summer.

Elsewhere in the Bailiwick, Sark’s wild beaches were made for coasteering, cliff jumping and fishing in rock pools, ideal for older kids and strong swimmers. Herm’s Shell Beach, on the other hand, is a gently-shelving shore with soft golden sand and clear water, making it perfect for picnics and building sandcastles.

Alderney’s beaches offer a great combination of untamed nature and family-friendly amenities. Longis Bay on the southeast coast is wide but well-sheltered, while Braye Bay boasts clean white sand with the harbour conveniences just a few minutes’ walk away. When naturalist Gerald Durrell founded his eponymous wildlife park in Jersey, he wanted to create a haven for animals, an establishment with conservation at its heart. 50 years later, Durrell Wildlife Park still lives up to its creator’s vision, with 32 acres for its residents to call their home. Here, you'll meet meerkats and monkeys, gorillas and gibbons, and learn more about the Trust’s fantastic work.

For a more 'terrifying' treat, head to Tamba Park in St Lawrence, home of the hair-raising Dino Walk. This picturesque stroll comes with prehistoric companions, including a T-Rex, Stegosaurus, Velociraptor and many more. The park’s adventure playground, birds of prey centre, boating lake and sculpture walk, which is dinosaur-free, make this a fun place to hang out for the day.

3: Do a bit of island-hopping around Guernsey 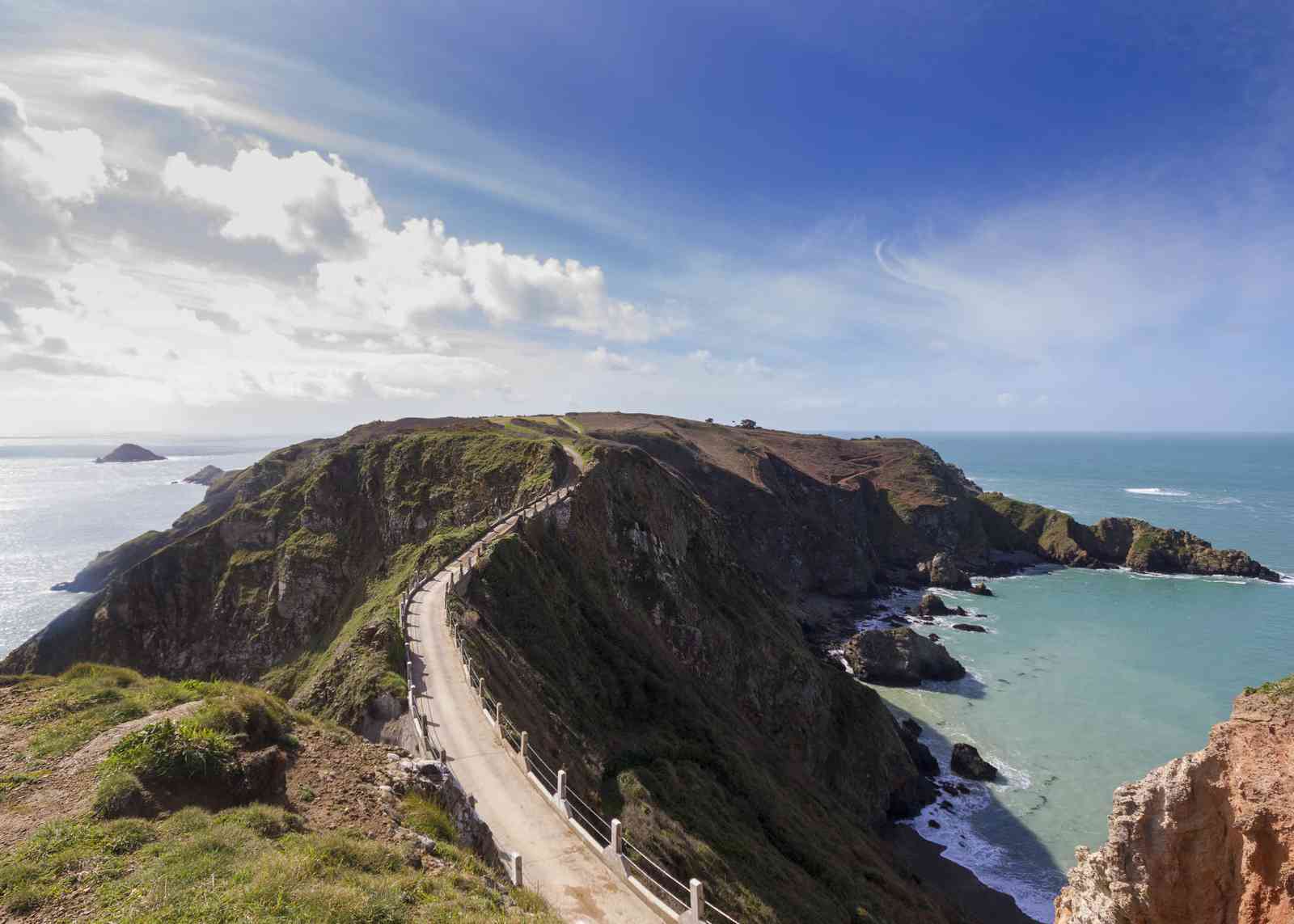 Island-hopping in the Bailiwick of Guernsey is simple and fun, with quick ferries and flights. It's a great way to turn your family break into a proper adventure.

From Guernsey, take the ferry for a quick trip to Sark (50 minutes) or Herm (20 minutes), and if you’re lucky you’ll spot puffins, gannets and maybe even dolphins from the deck.

Alderney is a mere 20 minutes from Guernsey by air, a sightseeing flight with incredible views of the emerald islands.

With a week of exploring, you could make it your family mission to eat an ice cream on each of the islands, counting your wildlife encounters and noting the changing landscapes as you go.

4: Blow off steam in Jersey Kayaks off the shore of Jersey (Absolute Adventures)

Trying to tempt the kids away from their iPads? In Jersey, you don’t have to venture far to find an awesome outdoor activity for any age or aptitude. Throw them in at the deep end with some surfing lessons at Splash Surf School on the islands’ west coast. They’ll emerge exhausted but happy.

Elsewhere, Absolute Adventures caters for the kayaking crowd, with expeditions to far-flung coves and cliff-jumping sites.

For kids less comfortable on the water, Creepy Valley Adventure Park has a high ropes course, a giant King Swing trapeze, paintball arena, archery and zip wires. Better yet, the whole family can get involved, so instead of watching from the sidelines, you’ll be taking part too. 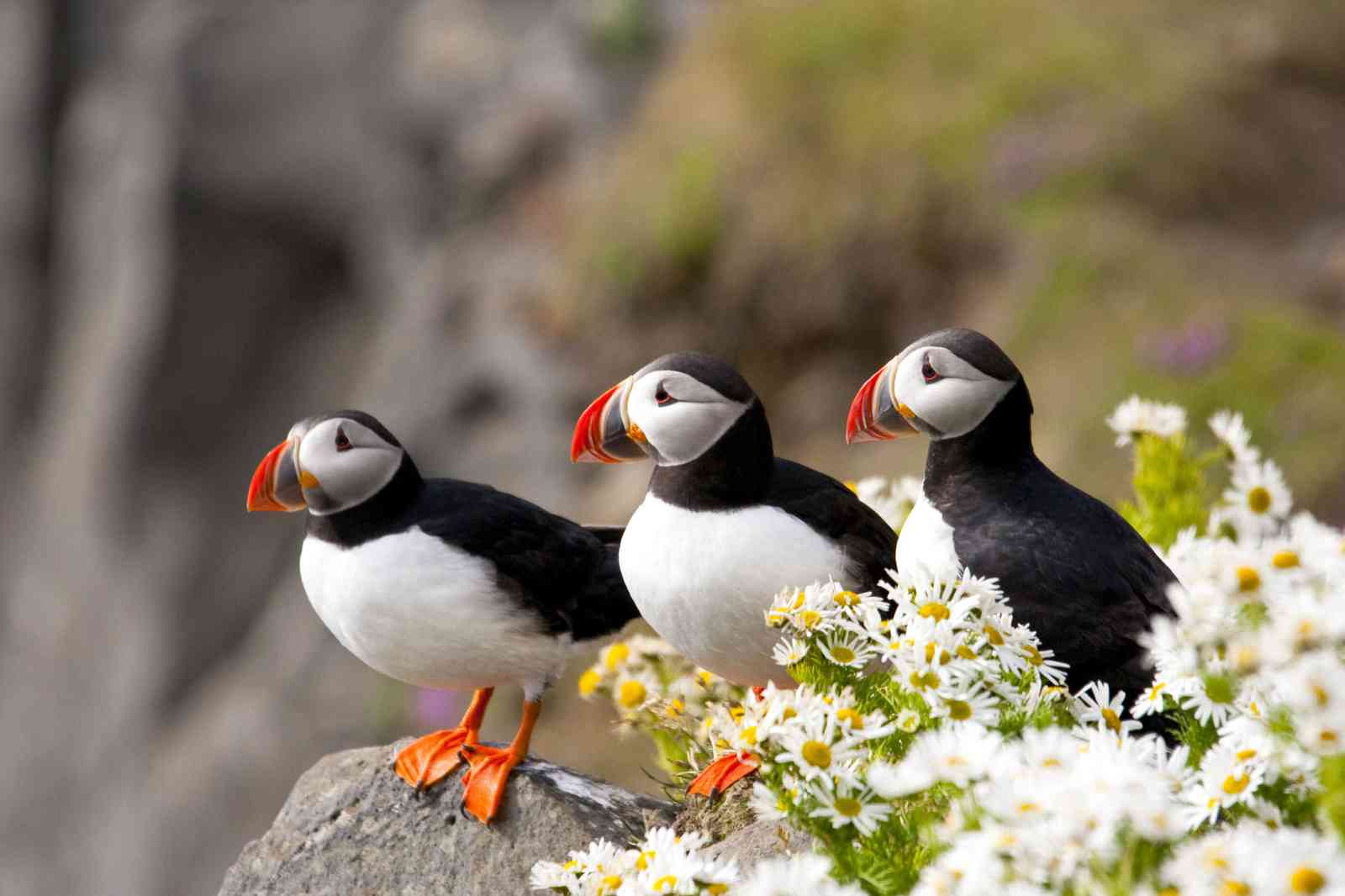 Follow the puffins to Guernsey’s rocky shores. Every March, the colourfully beaked birds come to these islands to nest on the cliffs, which isn hardly your average wildlife sighting in the British Isles.

Get up close on a boat cruise or rib trip, or try a kayaking tour from Herm’s Shell Beach, which has a prime nesting site nearby.

Puffins aren’t the only wild residents around these parts, so keep an eye out for Atlantic grey seals sunbathing on the islets around Sark, and dolphins and porpoises playing in the English Channel. With a bit of imagination, your kids can conquer Jersey’s castles and forts, some of the hardiest strongholds in the British Isles. At Mont Orgueil Castle, would-be knights can dress up in full medieval regalia for a day of defending its towering turrets.

Elizabeth Castle, in St Aubin's Bay, has protected the island for over 300 years but now its cannons and battlements are ripe for exploring. Visit it in an amphibious boat, or walk over at low tide.

The Jersey War Tunnels, remnants of more recent historical events, offer a fascinating insight into island life under German occupation during the Second World War. The exhibits of this underground war hospital include military artefacts, vehicles and a haunting incomplete tunnel. If your children are learning about WWII, this is a thought-provoking place to bring them. From April 8 until May 10, the two Bailiwicks celebrate the Channel Islands Heritage Festival, an action-packed programme of guided history walks, children’s activities and spectacular one-off events.

For some pirate-themed antics, don’t miss Guernsey’s Island Explorers Treasure Hunt throughout April, which will take you and the kids all over the island in search of hidden bounty.

Armed with a map from Guernsey Museum, you’ll explore Guernsey’s world famous forts and castles, searching for clues as you go. When you return your treasure map with all the tasks completed, you’ll be awarded with some treasure of your own. That sounds like great work, me hearties. Even in the height of summer, the Channel Islands’ weather can be unpredictable, but there’s plenty of indoor fun to be had.

The Maritime Museum puts you on the frontline of Jersey’s seafaring tradition, with multi-sensory exhibits to entertain the whole family. Feel the full force of a gale, learn how ships stay afloat, and hear tales about the island’s swarthiest swashbucklers.

Motor racing fans, both young and old, will relish the chance to spend the afternoon at the Nigel Mansell Museum, which holds all of the F1 champion’s favourite cars, plus photographs, interviews and his bulging trophy cabinet.

For younger travellers, aMaizin! Adventure Park is a great rainy day option, with indoor slides, crafty activities and a ball park to keep them happy. When the sun comes out, try tractor rides, tobogganing and treasure hunts. There’s enough here to fill a whole day, whatever the weather.