Undiscovered Italy: 7 reasons you should walk the alternative camino

Those in search of the next great ‘camino’ should go to southern Italy. Here the newly recreated Cammino Basiliano (Way of St Basil) traces a path over a thousand years old...

When it comes to Europe’s big trails, few travellers look past the Camino de Santiago. But it wasn’t always the case. For centuries, many of the routes that make up this iconic Way were lost. It begs an interesting question: what other major historic trails are waiting to be rediscovered?

Those in search of the next great ‘camino’ should point their compass towards southern Italy. Here the newly recreated Cammino Basiliano (Way of St Basil) traces the sandal-trod paths of the Italo-Greek Basilian monks who settled in the region of Calabria over a millennia ago.

What this 1,390km trail reveals as it skirts the upper aches and toes of southern Italy, from Rocca Imperiale to Reggio Calabria, is not just a wild, mountainous land little touched by development or tourism, but a history few travellers (or Italians) would recognise, dating all the way back to the era of Magna Graecia, when the Greeks first settled here en masse in the 8th century BC. In a normal year, around 350,000 walkers attempt Spain’s Camino de Santiago. By comparison, barely a few make their way to Italy’s Calabria, where a whiff of the ‘old country’ still drifts through its medieval villages of Italian, Greek and Arbëreshë (Albanian) communities. There is an untouched quality to this land, one that the Cammino Basiliano gradually unpicks as it threads its way north-to-south across the massifs and plateaus of Pollino, Sila, Serre Calabresi and Aspromonte. It’s not hard to slip into pure wilderness here, and many of the trail’s sections are little trod by visitors, from the unspoilt riverside walks into the Neto Valley, to the rough, rocky stretches around the waterfalls of Bivongi, to the backwoods trails of Amendolea Valley that converge on its ghost village of Africo Vecchio. 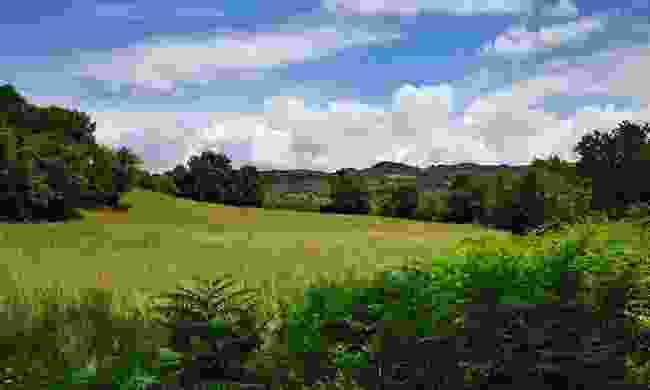 Calabria’s lack of development makes the Cammino Basiliano a green wonder from start to finish. Even in the sparser north, old countryside tracks wind the Pollino massif, revealing bare-sided green slopes and rocky gorges smothered in maquis, such as the picturesque Raganello and its evocative ‘Bridge of the Devil’. This slowly gives way to the lush plains and olive groves of the Piana di Sibari, which slide towards the Ionian Sea. Then it’s the turn of the Sila plateau, ushering in the pine-wrapped waters of Lake Ampollino and the ancient chestnut forests of Valli Cupe Natural Reserve, which offer the chance to overnight in an old pasillaro (building for preparing chestnuts). Amid the foothills of Serre Calabresi, the trail detours across Serre Natural Regional Park, its thick woodlands once a hunting ground for the Spanish Bourbon kings who ruled here in the 18th and 19th centuries. The final stage is no letdown, either, as Aspromonte’s wildflower-strewn slopes pull back to reveal the vineyards of Bianco, home to one of the world’s oldest wines. 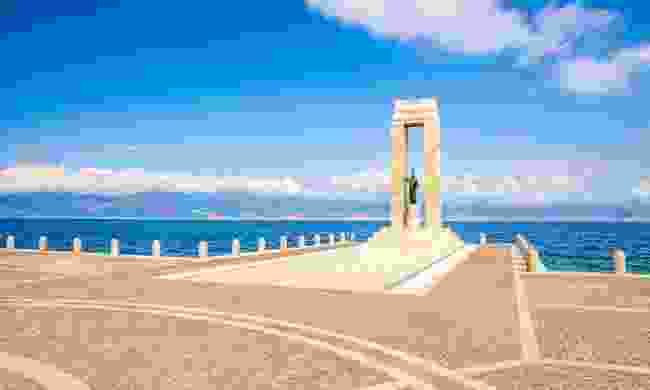 With paths stretching 1,390km across Calabria, the Cammino Basiliano affords a chance to slow down and see how varied the region is. To the north it ascends to Civita, one of the oldest Arbëreshë towns, its customs and language dating back to when Albanian settlers fled the Ottoman army to settle here in the 15th century. To the south, the remote Valley of Amendolea reveals another side to the region: a scattering of Calabrian-Greek villages and Orthodox churches little changed by the outside world. The landscape just as diverse, ranging to the cave hermitages of Mount Consolino, to fortified hilltop towns, vineyards, wild forests, lakes, mountaintop views, even seaside. As you stagger into the southern finale of Reggio Calabria, its seafront promenade makes for a scenic aperitif, and on a good day you can even spot Mount Etna.

4. It’s walkable in every season 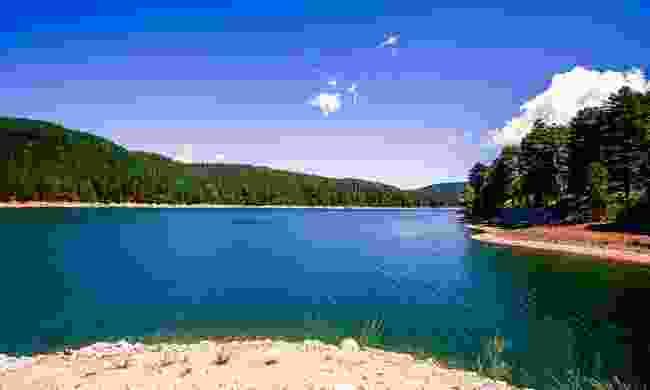 The Cammino Basiliano can be explored in all seasons, with each area offering something different. During autumn the woodlands of the Sila turn a crisp orange as the leaves of its beech, chestnut and young oak trees start to fall. Further south, the Vallata del Tuccio springs to attention as the olive harvest (mid-September) shudders into life. Spring brings bees, birds and wildflowers to Sila’s Tacina Valley and the meadows of Aspromonte, with villages such as Bagaladi famed for its wild honey. In summer, the trail’s caves and cool springs provide ample incentive to escape the heat. Explore the natural grotto atop Pazzano, which hides the Shrine of Monte Stella, or dive into the woodland pools of Bivongi to cool off. Finally, in winter the trail simply works around the season, as low-altitude variants avoid the windswept slopes, and the leafless woodlands of Serre Calabresi take on an almost desolate beauty.

5. It’s not just about walking 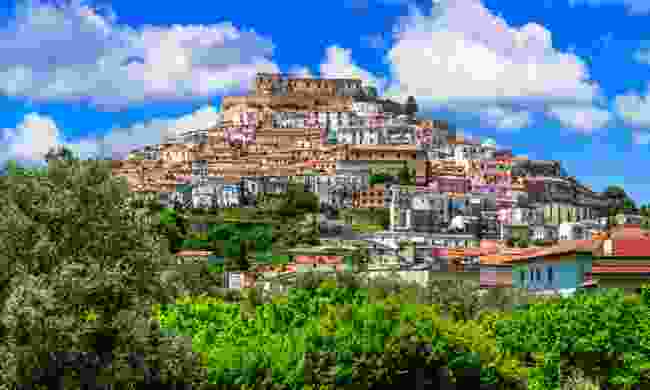 Enjoy a bike ride from Rocca Imperiale to Oriolo (Shutterstock)

The trail isn’t only for hikers. You can easily explore parts of the Cammino Basiliano on mountain bike. The opening stages between the historic towns of Rocca Imperiale and Oriolo (via Montegiordano) are particularly well suited, with the long north-to-south descent from atop the peak of ‘Loose Hat’ (famed for its winds) perfect for cyclists. You can even swap two wheels for a donkey or a local Calabrese horse, with riding tours found in Montegiordano. In fact, all but the wildest sections of the trail can be completed on a bike, and pedalling past olive groves, wildflower fields and farmhouses is a great way to explore the less dramatic sections of the trail as you rest up between the tougher climbs. Special mention also goes to the zipline at Sellia’s adventure park: easily the most dramatic way to enter any town on the trail.

6. It hides a wealth of cultural treasures 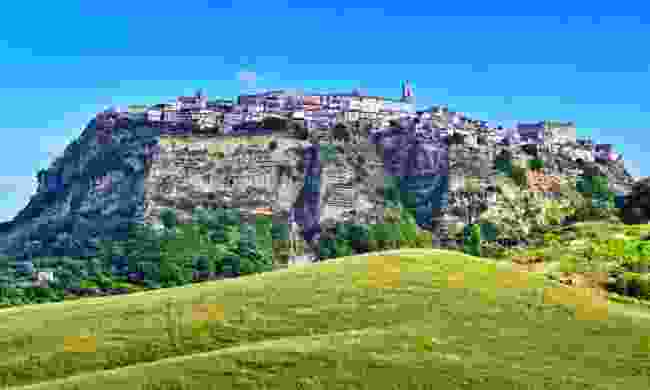 The town of Santa Severina (Shutterstock)

The ‘Borghi più Belli d’Italia’ is a collection of the most beautiful villages across Italy, and it’s not surprising to find Calabria has more than a few entries. The first you’ll encounter is the trail’s northern starting point of Rocca Imperiale. This fortified mountaintop city is filled with relics of the Byzantine age, and it’s worth lingering to explore its Swabian castle. Further south, you’ll find the towns of Caccuri, a gloriously Byzantine confection of winding cobbles and brooding fortifications, and Santa Severina, a town known as the ‘Boat of Stone’ because it appears to almost float over the Neto Valley on an outcrop of rock. The pair are just 24km apart, making one of the most satisfying ‘day walks’ on the trail. Continue to the 6th-century town of Stilo, which has remnants of its medieval past in both the cave hermitages that foreshadowed its famed Cattolica and the stone defences that line its streets. Then, as you enter the Aspromonte region, the towns of Bova, capital of Greek Calabria, and the scenic Gerace offers a glimpse of the old Magna Graecia in their warrens of palaces, churches, and buildings carved into the hillside. Bella! 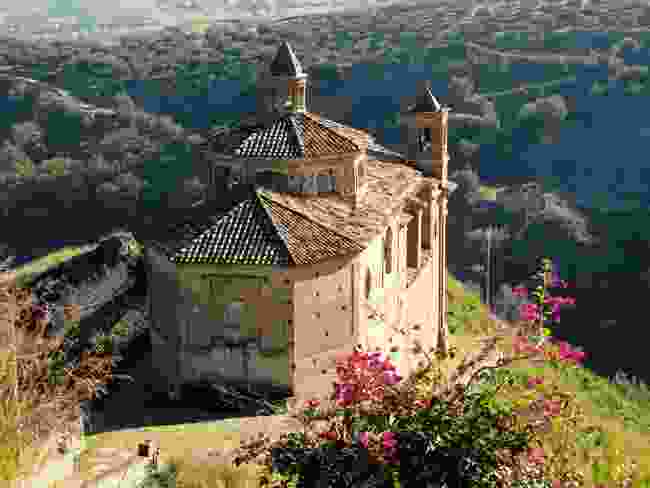 The remains of Greek settlers and Byzantine and Norman invaders make the Cammino Basiliano a thrilling historic stew. In the upper north of the trail, walkers hike up from the Piana di Sibari to where the first waves of Italo-Greek monks settled in the area. The village of San Demetrio Corone gets its name from ‘Coron’, a Greek village in the Peloponnese, and it was here that the Basilian Abbey of Sant’Adriano was founded in 955 AD – though it’s the mosaics of its Norman-era church that captivate visitors most. In nearby Rossano, the entire town is practically a snapshot of its Byzantine heyday, with its cathedral and churches among the best preserved in Italy from this period. The town’s museum also holds one of the oldest-surviving illuminated manuscripts of the New Testament, the 6th-century Codex Purpureus Rossanensis. Spare time also for Reggio Calabria’s National Archeological Museum, which offers a fine historic overview and a chance to see the biggest finds excavated in the region. 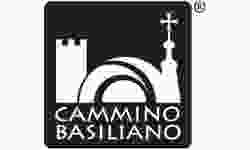 For more information on how to walk the Cammino Basiliano, head over to the official website or send the team an email on: info@camminobasiliano.org.