7 wild wonders of Patagonia you need to experience

Road trip Chile's epic coastal highways, be awe-inspired by otherworldly glaciers in Argentina and spot wildlife wonders on a journey to the end of the world. These are Patagonia's best highlights...

Magellan, Drake, Fitzroy, Darwin, Moreno, Dixie, Chatwin, Theroux: Patagonia has an allure for explorers and writers unrivalled in South America. A triangle with both Atlantic and Pacific coasts it is divided between Argentina and Chile; the former is a vast, desert-like realm of huge skies and epic journeys; the latter is rugged, wild and lashed by the elements.

One of the last South American regions to be colonised and settled, Patagonia is thinly populated. Extreme topographies – arid steppe, ice cap, Andean peak, fjords and islands – are likely to keep it that way. But it’s not inhospitable. In fact, in the lake districts of both countries, the climate is temperate – even balmy in summer – and lush beech forests and swimmable lakes make them popular family holiday destinations. Further south, in true Patagonia and Tierra del Fuego, luxury hotels and lodges, cruise-ships, well-marked trails and futuristic campsites are opening up hitherto uncharted wildernesses.

But Patagonia is huge, and a bit of planning goes a long way. Here are seven ways in, all likely to make you return, again and again…

1: Explore a land of ice 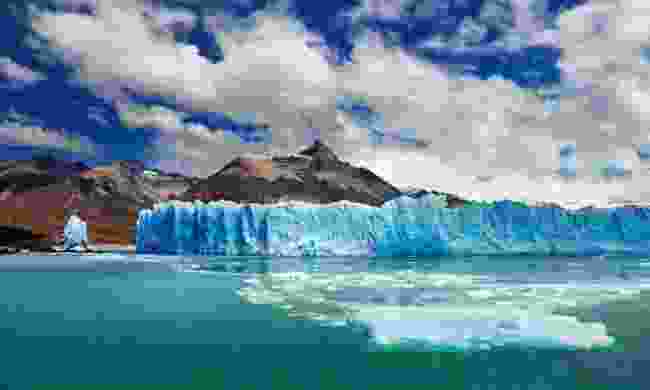 The northern and southern ice caps of Chilean Patagonia are the largest slabs of ice outside Antarctica, Greenland and Iceland. Walking trails, lake excursions and 3-7 day cruises open up the glacial wonderland. Claire Milner, client information manager at Journey Latin America (JLA), recommends taking a boat trip to the Grey Glacier in Torres del Paine: “You first see it stretching off into the far distance between the mountains. As you approach the huge wall of bright blue ice rises up, damming the lake of the same name. You pass enormous wind-sculpted icebergs as they drift away from the glacier.” 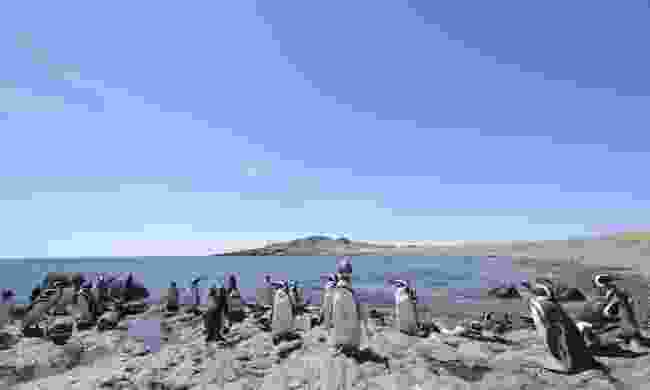 Magellan made landfall at Puerto San Julian on March 31, 1520 – six months after leaving Sanlúcar de Barrameda in Spain. It was here he encountered “giants”, whom he named “Patagones”. In fact they were Tehuelche nomads, the original Patagonians. Francis Drake landed at the same site in 1578. A driving holiday along Patagonia’s Atlantic coast should take in this historic landmark, as well as Puerto Deseado – an extraordinary “ria” alive with porpoises and cormorants – and the ranching lands around Rio Gallegos. An estancia stay may well be the highpoint of your Patagonian adventure. 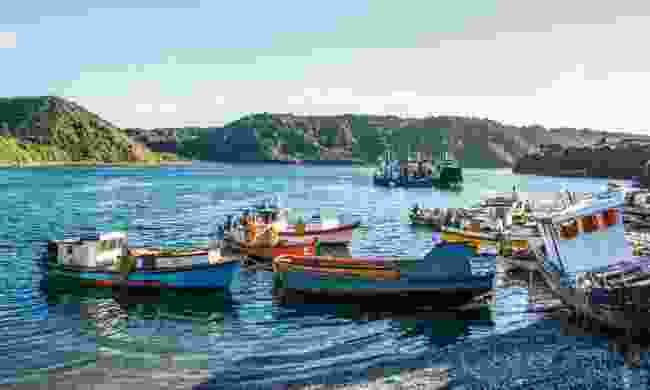 When Fitzroy explored the south of Argentina and Chile in the 1830s, HMS Beagle was the only way to access many of the more remote coasts. His crew used small whaling boats to enter the narrow channels and map the jagged coast of capes and bays. Sailing is still the ideal way to see many areas, notably the fjords between Chiloé island and Puerto Natales – a quaint, lively town that still has a frontier feel. Australis and Skorpios operate luxury cruise ships in the region, and Navimag offers a budget ride from Natales to Puerto Montt. 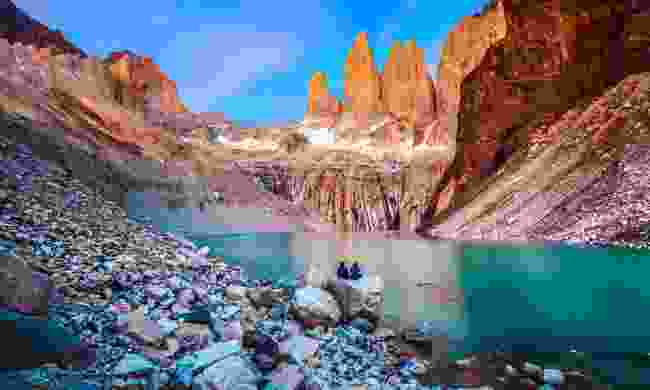 Chile’s Route of Parks project will link up 17 new and current national parks in its Lake District and Patagonian regions. For hikers aiming for a ten-day circuit or a short, sharp glacier visit, Torres del Paine is the ultimate. Named after three granite needles with a hulking ice-topped massif at its heart, the park encompasses grasslands, steppe, valleys, turquoise lakes, ancient beech forests and an ice-cap.

“The ‘W trek’ is a spectacular multi-day trek and a great way to see the varied landscapes of Chile's foremost national park,” says JLA Senior Travel Consultant Nicola Gude. “The route climbs all the way from the French Valley and up through ancient forests into the massif itself and, ultimately, to the iconic ice capped sky-scraping granite towers that loom over a cool blue glacial lake and a vast amphitheatre of rock.”

The park, which has campsites, eco-lodges and luxury hotels, is a great spot for going on a puma safari; guanacos, Darwin’s rhea and condors are routine sightings. 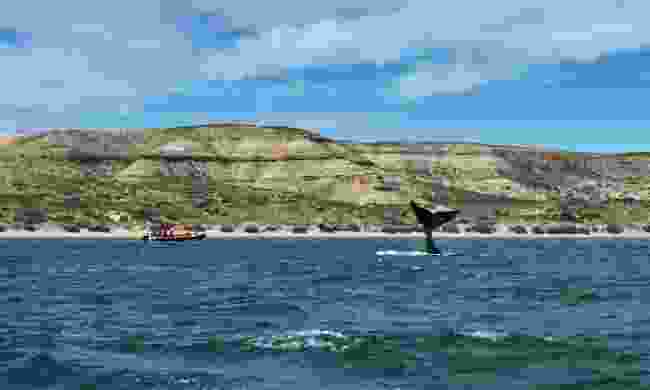 Less than 2 hours by air from Buenos Aires, Chubut is famous for its Welsh settlement – established in 1865 – and for some of the best whale-watching in the world. As Ben Line, JLA’s Tailor-made Holidays Team Manager, puts it, “Argentina’s Valdés Peninsula is an incredibly beautiful region, crammed with an astonishing array of wildlife. Catch sight of a southern right whale breaching and flicking its massive tail in the bay off Puerto Madryn.

“Depending on the time of the year you may see up to 50,000 nesting penguins, gigantic elephant seals sprawled on the beaches and gangs of playful fur seals and sea-lions jostling for position.” 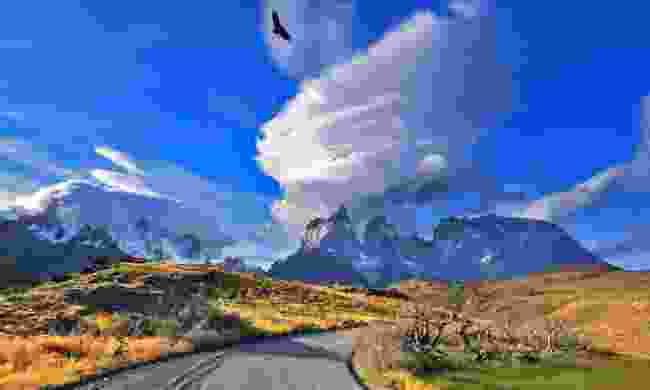 Remember the numbers: 3, 40 and 7. The magical “official” numbers of the greatest highways not only in South America but in the Americas as a whole. Both Argentina and Chile offer Kerouac-style ways to freedom, with hardly any traffic, lonely gas stations, isolated estancias to sleep in, and filmic window-views. In Argentina, Ruta 3 runs from Buenos Aires all the way to Ushuaia, hopping over the Magellan Strait by barge. Ruta 40 is even longer, running from the Bolivian border and skirting the Andes all the way to the Strait where it turns east and travels to the Estancia Monte Dinero and two remote lighthouses at Cabo Virgenes. Chile’s Ruta 5 aka the Southern Highway is a 770-mile road that runs from Puerto Montt to Vila O’Higgins – with 2 short ferry trips. As it meanders along the trout-teeming Río Baker, you’ll see glaciers, volcanoes and South America’s second biggest lake.

7: Visit the end of the world – but not as you know it 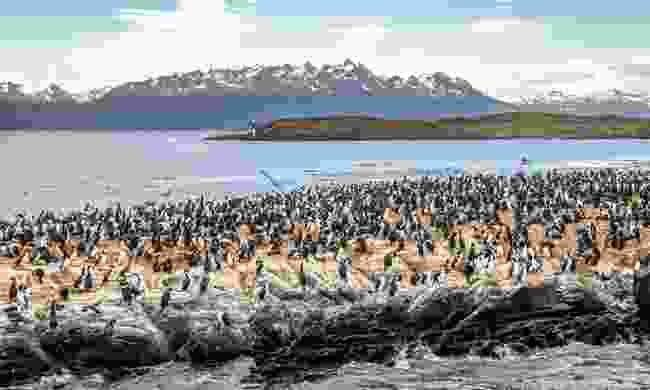 Tierra del Fuego – the Land of Fire – has beguiled the first European explorers ever since Magellan spotted indigenous tribespeople lighting fires in their canoes. Stay on an estancia and help with the shearing, hike into the Argentina’s southernmost national park, or take a small ship to Cape Horn – where all great journeys should, perhaps, end.

“Setting out from Ushuaia, in Argentine Patagonia, hike in the wilderness along back country trails,” says David Nichols, Product Manager for Patagonia at Journey Latin America.

“So remote and isolated is this area that many of the unexplored mountain peaks have not even been named yet!”

High summer (Dec-Feb) attracts the most visitors to Patagonia thanks to longer days, easy access to remote regions and the best chance of fine weather – though you can still experience all four seasons in one day. Patagonia can be beautiful in spring (Oct-Nov) and autumn (Mar-Apr), when there are far fewer tourists.

In winter the ski season arrives, but some rural roads are blocked by snow. Torres del Paine has its own unique attractions in the cold season, however, including more wildlife and an almost empty national park. The famous Patagonia wind eases off, too.

Take US dollars to change into local currencies – the Chilean Peso and Argentine Peso. Notes can be withdrawn from the many ATMs using a UK credit or debit cards in larger towns but there’s a surcharge (from £5 per withdrawal) and limits may be lower than your UK bank allows.

Spanish is the mother tongue across Patagonia, while the Mapuche people of the lake regions speak Mapudungun. English is spoken by guides and most hotel staff.

Add to your adventures

Patagonia combines well with Antarctica, the Falkland Islands, and trips to the north and centre of Argentina and Chile.