Latin America was built for road trips, with huge open roads, classic cars and some of the most spectacular scenery in the world. Here are 10 great routes that take you across the continent… 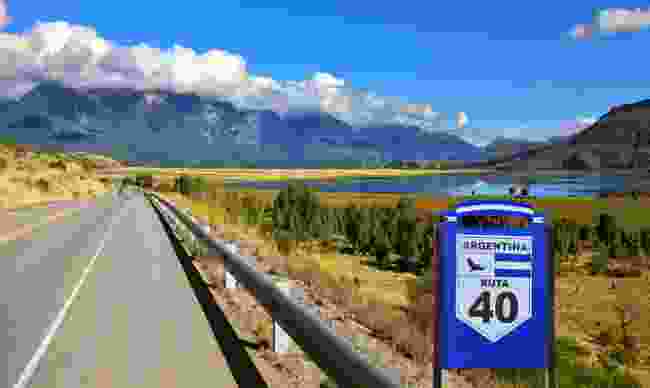 The famous Route 40 runs parallel to the Andes (Dreamstime)

Argentina and Chile are long and scarcely populated, even by South American standards. As two of the more developed nations, they boast provincial highways that range from good to excellent.  Argentina — vast and largely flat — has extraordinary epic national rutas (or routes) such as the no. 40, no. 3 and no. 9, as well as the popular Seven Lakes Road and Calchaquíes Valleys loop, both of which lend themselves to 3-4 day jaunts.

In Chile, the Austral (or Southern Highway) runs for hundreds of kilometres through Central Patagonia, winding past mighty Lago General Carrera and the trout-filled Baker River. Chile’s luxuriant lakeland and the area around Torres del Paine are also great for a slow, quiet motor through woodland and watering holes. Guanacos, rhea and even condors are more likely to be seen than fellow-travellers, and lodges and campsites across both countries make the pitstops very pleasant. Take a good camera – these are two very photogenic countries and a road trip gives one of the best windows on the world. 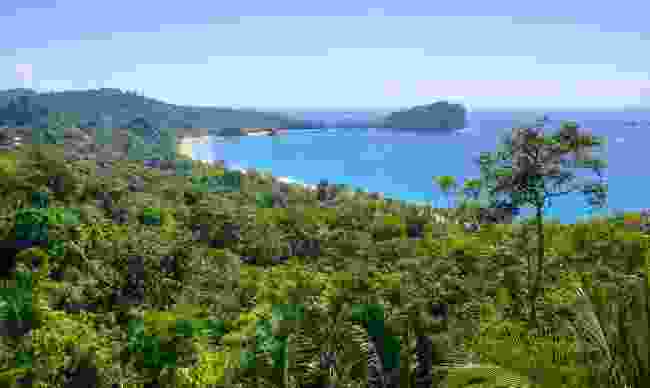 Costa Rica, Central America’s most environmentally savvy, adventure-oriented hub, sits on the legendary Panamerican Highway, which always presents itself as a desirable dream road for budding Kerouacs. But to get a fuller sense of this small, but mountainous and wonder-packed country, a Pacific-to-Caribbean route is probably the best. The west-facing sea is big and beautiful, lined with cool surf beaches (Nicoya is as hip as Santa Cruz) as well as protected areas, including two must-see national parks: very popular Manuel Antonio and fast-emerging Corcovado. The Caribbean also has beaches, but is at its most enticing around Tortuguero, where native wildlife – including the namesake turtles – proliferates.

Inland, Costa Rica comes into its own: between the lowlands facing the Caribbean Sea and the Pacific Ocean is a string of active and dormant volcanoes surrounded by cloud forest, lowland tropical jungle and savannah grasslands. Sol y sombra (sun and shade) coffee plantations blanket the lush slopes, while in the wilder uplands the forests teem with orchids, lianas and alluring avifauna such as quetzals, trogons and hummingbirds. Your car is your key to quiet time with all this nature and wildlife. 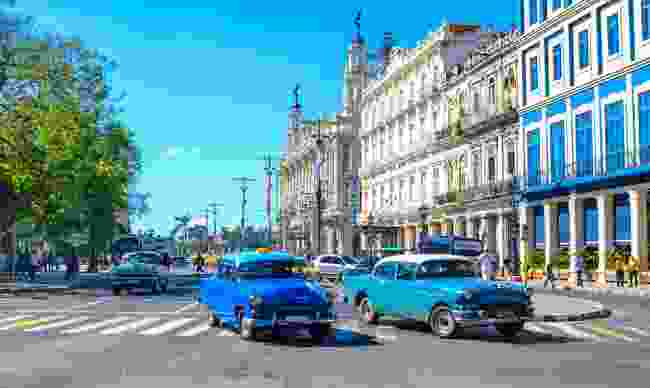 Cuba is famous for its vintage and classic cars – from sensuously curvy Dodges and sharp-angled Fifties Fords to Soviet-era Lada and Moskvitch tin-cans. What is perhaps less well-known is that it has excellent highways, and much less traffic than most countries; a car is still a luxury object on the Communist island, and most vehicles are owned by the state and tourism providers. Whether you hire and drive alone or employ a driver, a road trip around the western half of Cuba is a breeze from Havana.

Four-lane highways run out of the city, and it’s only a few hours to get to Viñales, a small, likeable town set in the hilly Sierra de los Órganos. In the opposite direction is Santa Maria with its godlike shrine to Che Guevara and, on the south coast, two of Cuba’s most seductive cities: Trinidad, a colonial beauty, and Cienfuegos, an elegant town with a tangible energy of its own. Beaches galore and the Bay of Pigs lie on this route, and there’s an excellent museum on the famous landings by US mercenaries. Make sure you park your modern vehicle one afternoon to take a ride in an open-top Yankee dream-mobile.

4: Ecuador: from the Andes to the Amazon 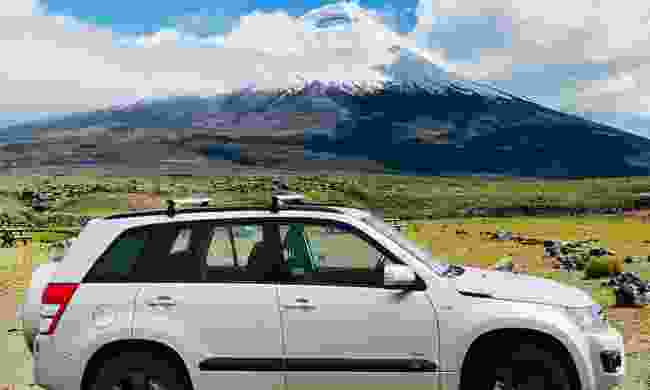 Avenue of the volcanoes (JLA)

Around Quito is some of the most dizzyingly dramatic topography in the continent, which makes the driving some of the most impressive. An hour out of the city, the land rises abruptly to the high Andean plateau — a real of barren steppe-like grassland and snow-capped volcanoes — easily accessed along the so-called Avenue of the Volcanoes. This major highway links up haciendas and market towns, and when the clouds part the views are jaw-dropping.

It’s a half-day drive to drop down into the sultry rainforest of the Amazon basin, where the headwaters of the mighty river water expose a magnificent, mist-swathed forest packed with giant ferns, creepers and orchids. A newly-paved road, Route 45, opens up the liminal region, parallel with the Andean spine, known as the ceja de selva or ‘eyebrow of the jungle’. Traffic is relatively light and there are plenty of characterful lodges along the way, as well as opportunities to take a dip in thermal pools, go river rafting, head out on a jungle trail or do some bird and wildlife-spotting, while spending time with local indigenous communities.

5: Mexico’s Baja California and the Sea of Cortez 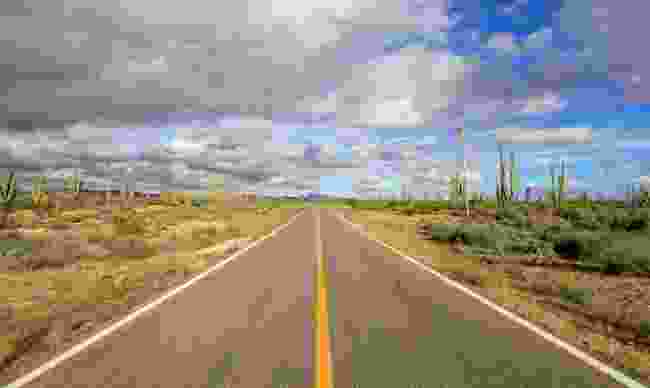 Baja California has only one major highway, the Carretera Número Uno, but what a highway it is! Joining the ‘original’ Spanish California with the US one, it zigzags between the often pounding Pacific and placid, warmer Sea of Cortez, opening up a very different Mexico from the one experienced in the central region.

At the southern tip, the famous Los Cabos beach strip spreads between European-looking, quaint San José del Cabo and the more bold, even brash, ‘American’ Cabo San Lucas – take your pick, and enjoy a few ceviches before taking the wheel for the 1,000-mile drive north, to visit colonial mission towns, cactus-strewn deserts, skull-littered shrines, and fun towns like La Paz in the south and Ensenada in the north. En route, take time out for sea excursions on both sides, to swim and see the manta rays and dolphins and – seasonally – the migrating humpback whales that are routinely sighted off Guerrero Negro. 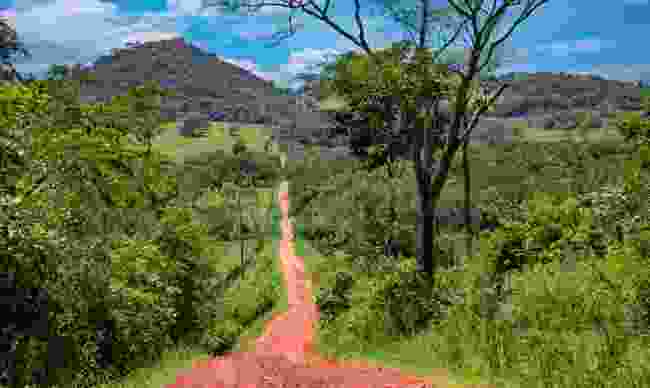 Panama City celebrates its 500th birthday next year. Before hitting the Panamerican Highway, spend a few days strolling around Casco Viejo – the old town, often compared with Havana and New Orleans, but more original and romantic than either. Refurbs and renovations are under way all over the old grid-city, which sits in the shadow of the Dubai-like new CBD. Check out the Panama Canal on a half-day transit by ship or a train trip, before setting off west towards the Valle Antón. This former volcanic caldera is a cool, green space famed among birders.

Hit the beaches south of here – popular with city folk at weekends who come either for the low-key beaches or the flash condos. We recommend the former: Santa Clara, with soft white sand and a beach café, is one of the nicest. The Azuero peninsula is proper countryside, with fruit plantations and sugar cane for the rum distilleries – which you can visit – before decamping to the coast and Playa Venao, a gold, crescent-shaped beach famed for its surf. Turtles come to lay their eggs in foliage behind the sand. Boquete is your final destination: here you can kick back among coffee plantations or head into the montane forest of the Barú Volcano National Park on self-guided walking trails.

7: Uruguay, for a vintage vibe: from pampas to Punta 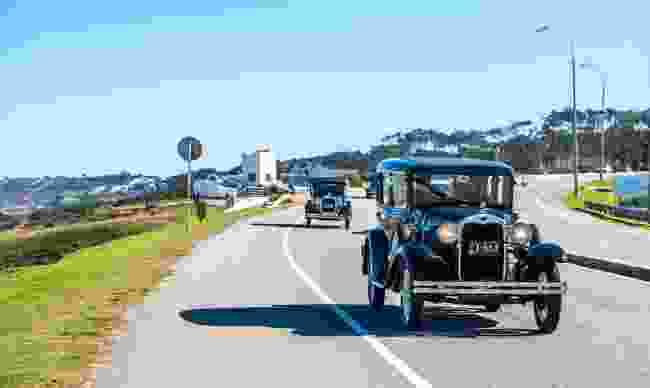 Vintage cars are a big deal in Uruguay, considered part of the national heritage. It’s fitting, too, as there is something rather old-world about this New World nation; and a leisurely, unhurried vibe that slows things right down, even in the capital of Montevideo. Take a Tango class, eat a bife de chorizo and see the sun-dappled plazas before setting off on the open roads, which wind along the banks of the Río de la Plata and Atlantic coast as you criss-cross the rolling pampas (or plains) that take up almost all of Uruguay’s interior.

Far smaller than its neighbours, Uruguay can be seen almost in its entirety in a week or so. From Montevideo, head west and then north to explore the hinterland and take in estancia life – checking out Unesco-listed Fray Bentos and Colonia de Sacramento, as well as sleepy Carmelo (known for its wines, and those classic cars) before gravitating west for Punta del Este and the gorgeous Atlantic beaches. 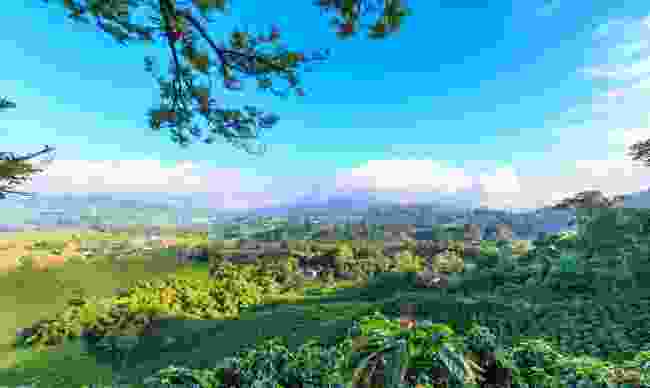 A stunning view over a coffee plantation (Shutterstock)

A decade ago, hardly anyone travelled to Colombia, and no one even dreamed of doing a fly-drive holiday. Now, nothing could be easier — or more fun. Bogotá is a big city so it’s best to leave transport to the pros here, or, even better, arrive on a Sunday and enjoy a bike ride in the car-free city centre. The Gold Museum, city markets, colonial Candelaria and excellent dining options make the capital a fine introduction to this beautiful country. Fly on to Pereira – a short hop over one of the three Andean mountain ranges – to collect a 4WD and explore the eje cafetero, or ‘coffee axis’.

Two other cities, Armenia and Manizales, lie along this axis, and while these are pleasant and welcoming, the deepest pleasure is to be had staying at one of the rural haciendas, where you can learn to ‘cup’ (smell and taste) coffee, go horse riding and indulge in your García Márquez fantasies. A high point is Salento, a delightful little town set in the foothills, full of brightly hued colonial houses with wooden balconies overhanging narrow lanes. It’s a popular weekend spot, with fine craft shops and restaurants – and, of course, a great coffee shop. 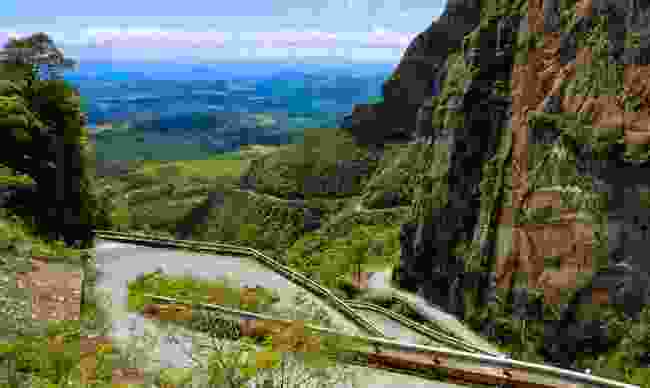 Brazil has a long, beach-filled coastline and a road that runs almost the entire length. In theory – if you have the time – you could drive from the Uruguayan border at Chuy/Chuí all the way to Belém on the Amazon. For a first taste of the roads that gave the world Fittipaldi and Senna, we recommend an easy roll around the prosperous southern state of Santa Catarina, not as well known as the exotic regions of tropical Brazil, but no less attractive.

Settled by Europeans, drawn here by its fertile soils and mellow climate, it has enclaves from Portugal, Italy and Germany who conserve their distinctive cuisines and cultures – including beer festivals – and a landscape that combines lush vineyards with Alpine-style dairy farms. The beaches, popular with Argentinians, are excellent and you can easily add on a trip down to Buenos Aires or exit via arty, foodie supercity São Paulo. 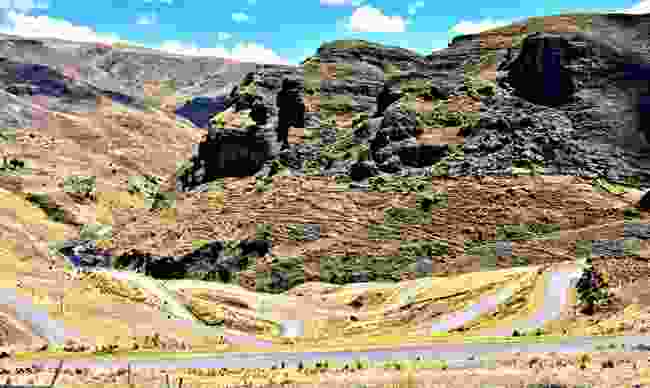 Roads rolling across the Andes (Shutterstock)

Peru’s highland roads are ideal for experienced drivers. A private car opens up Andean landscapes, hamlets and views way off the well-trodden tourist path. A 4x4 vehicle is ideal for a looping two-week adventure taking in stunning Cusco – the sometime ‘navel of the world’ – as well as the less-well known colonial city of Ayacucho.

Some sections are sinuous, cliff-hugging and even unpaved – plus there are rivers to ford – but take the roads slowly and stop often, saying hola! to the locals in adobe villages. You can also visit Inca ruins and Nazca sites at which you’re most likely the only visitors. A high point is the Sacred Valley, where the going gets easy. It makes sense to loiter awhile at one of the luxury lodges around Urubamba, then hop on the train to see Machu Picchu.