The alternative Algarve: 4 reasons to visit this part of Portugal

With near-everyday sunshine, a wave of new Covid-safe practices and plenty of culture, nature and gastronomic experiences to dive into, there is every reason to visit Portugal’s Algarve this year...

1. Soak up the culture and history 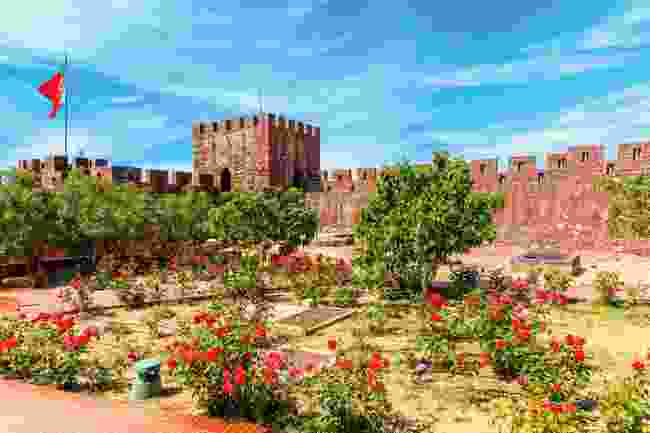 The Moorish castle at Silves (Shutterstock)

The Algarve has a patchworked past but no-one had a greater influence than the Moors, who took over Portugal in 711 AD and made it a stronghold during their rule. Silves was the country’s capital during their reign and while its winding whitewashed streets are a little sleepier these days, its Castelo remains one of its best-preserved Moorish castles. The Algarve’s present-day capital of Faro is oft-overlooked but its cobbled Old Town, which stands on Roman and Moorish foundations, is well worth wandering.

In truth, the Algarve has an untold number of churches and castles studding the region, none more impressive than Almancil’s Church of São Lourenço, whose blue-and-white azulejos (hand-painted tiles) are a pointer to the area’s artisanal artistry; the pottery at Porches village is another. Beyond the bricks and mortar, Almancil’s neighbour Loulé is a fascinating microscope on local life, with its buzzing Saturday market and vibrant carnival each February – the oldest continuous pre-Lenten party in Portugal.

However, it’s the Algarve’s Atlantic coast which is the region’s main lure, past and present. Climb Sagres’ Fortaleza for widescreen ocean views, while a stroll among the seafaring heritage of Lagos will acquaint you with legendary maritime explorer Henry the Navigator.

2. Immerse yourself in nature 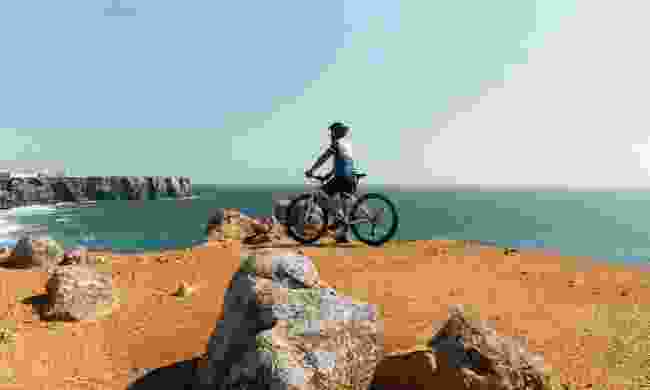 It’s the Algarve’s butterscotch beaches you’ll see dominate brochures but the region has buckets of natural wealth beyond, from craggy cliffs to rolling countryside sprinkled with almond, carob and fig trees (another Moorish legacy). Two ways to soak it up are by hike or bike, with a multitude of trails webbing the region. The 300km-long Via Algarviana is one of the best known, an old pilgrim path that weaves from Alcoutim in the east to Cape St. Vincent, Europe’s most south-westerly point. Cyclists and walkers can share the Rota Vicentina, a collection of routes which shows off the lesser-trod rugged south-west coast and its jagged cliffs and wildflower meadows. Wildlife is something rarely associated with the Algarve but after visiting Ria Formosa Natural Park, you’ll wonder why. Its wetlands host over 20,000 birds over winter, including its iconic flamingos, while it also has one of the largest seahorse populations on the planet. The Vicentine Coast Natural Park is another bird-rich hotspot, with red-billed choughs, peregrine falcons and white storks. 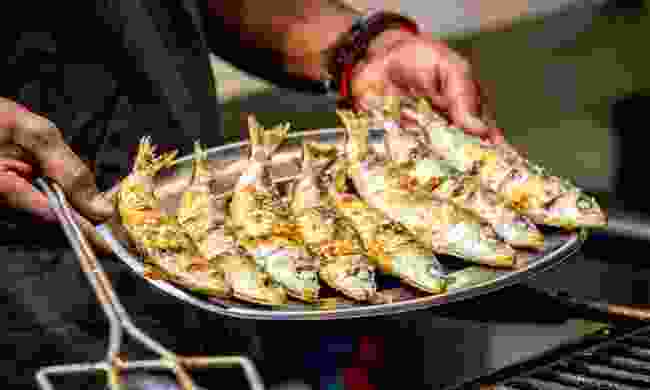 The Algarve also owes its geography for its gastronomic prowess. Vegetables and pulses are grown across the countryside and, with 200km of Atlantic coastline, it’s no surprise seafood such as sardines, cockles and oysters are regular fixtures in dishes. Locals pride themselves on their traditional food, something best showcased in the Algarve’s food festivals. The mountain town of Monchique celebrates its centuries-old art of sausage making each March, while August is firmly seafood season, with Portimão’s Sardine Festival and the Olhão Seafood Festival among the must-visits. Make sure you try cataplana, an iconic Algarve stew made with fresh ingredients such as mussels, clams, chorizo and bacon. The Algarve isn’t just about home cooking though, as it also boasts six Michelin-starred restaurants. Don’t miss Ocean Restaurant at VILA VITA Parc to sample creative dishes made from local produce.

What better way to wash down all that food than with a glass or two of local wine?  The Algarve’s 3,000-plus hours of sunshine annually give ample grape ripening time and towns such as Lagos and Tavira have lent their names to different vintages. The Algarve Wine Route connects many of its wineries, allowing you to go beyond the barrel and join behind-the-scenes tours. 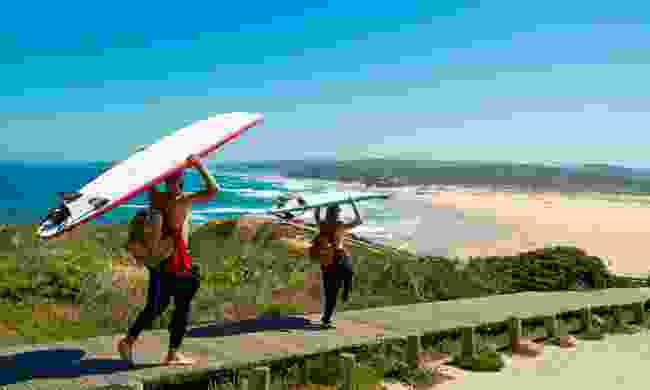 As tempting as it is to relax on the Algarve’s 100-plus beaches, its sands are gateways to a plethora of watery adventures. Keen surfers should head for the north-western swells and sheltered coves of the Algarve’s western coast, with Arrifana and Bordeira beaches both popular surfing spots. The region’s southern edge promises equal thrills, whether it’s paddling the Benagil sea caves in a kayak or windsurfing the shallows around Ilha de Tavira. Boat cruises among the Algarve’s deeper waters provide memorable encounters with inquisitive bottlenosed and short-beaked dolphins.

However, it’s the Algarve’s diversity of diving which will surprise you most with dive centres sprinkling the coast from Lagos to Albufeira. Kaleidoscopic coral, eels and octopus await, while the caves of Ponta da Piedade make for an eerie encounter. The Algarve’s storied history of shipwrecks are now artificial coral-encrusted reefs, none more so than the Ocean Revival Project, where four navy warships sunk near Portimão now draw lobsters, crabs, groupers and more. In fact, the Algarve’s diving is much like the region as a whole: astonishingly rich in variety, vibrant, colourful and a joy to discover.

Start planning your adventure in the Algarve now by heading over to the official website.