8 reasons to visit Austin, Texas: The live music capital of the world

Full of artistic experiences, homespun businesses and creative cuisine, dynamic Austin is forward-thinking culturally, politically and demographically. Here's why you should visit... 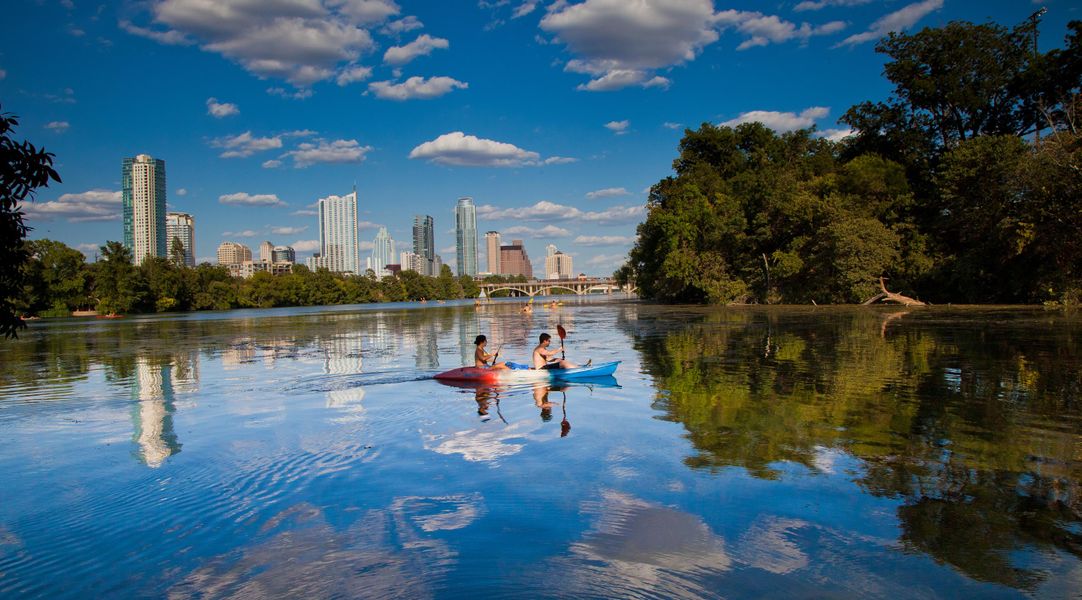 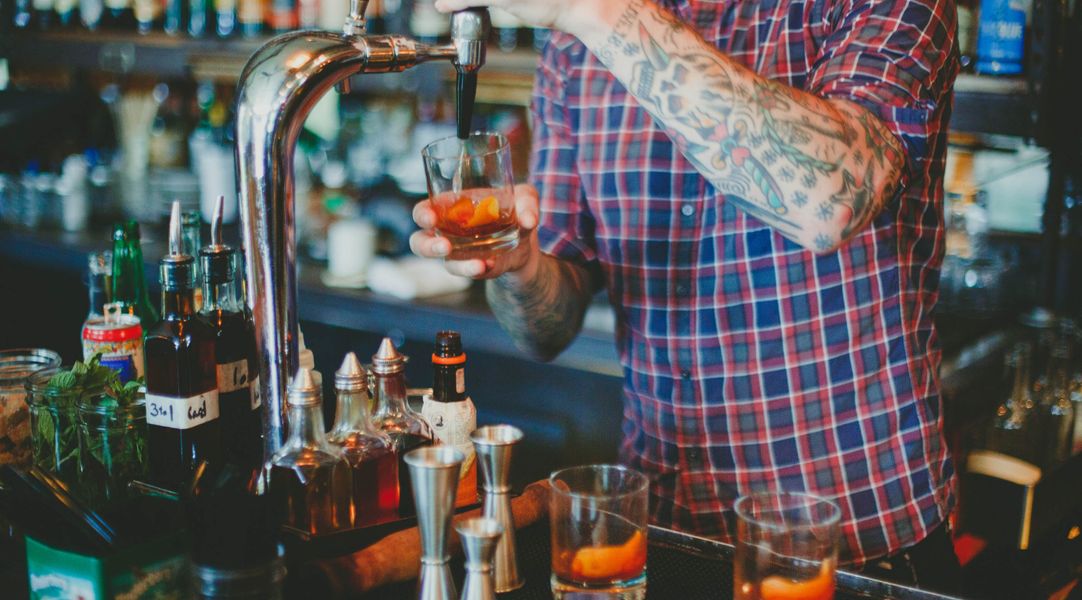 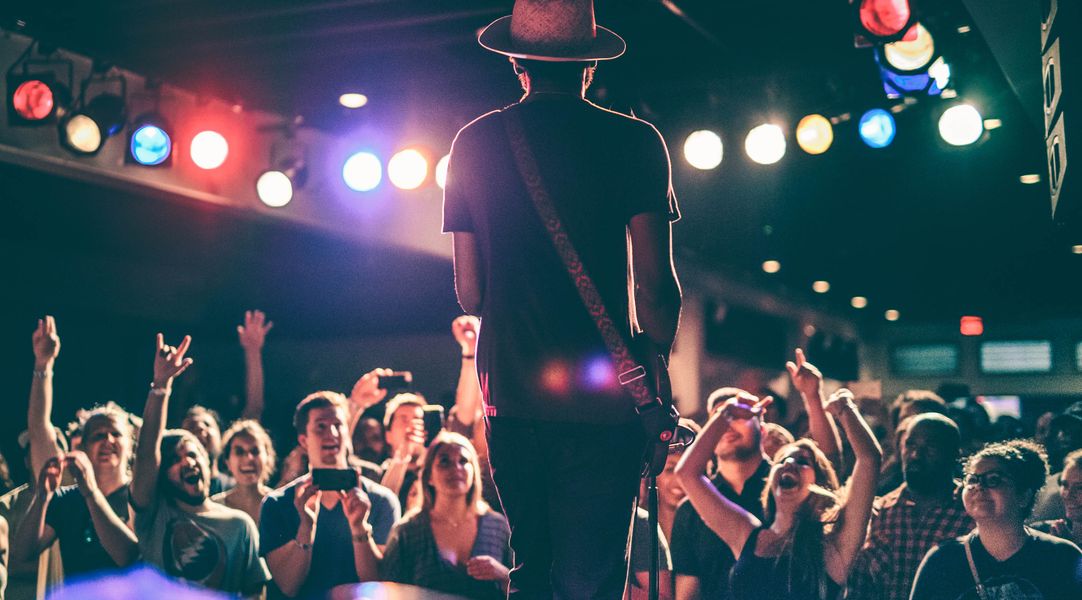 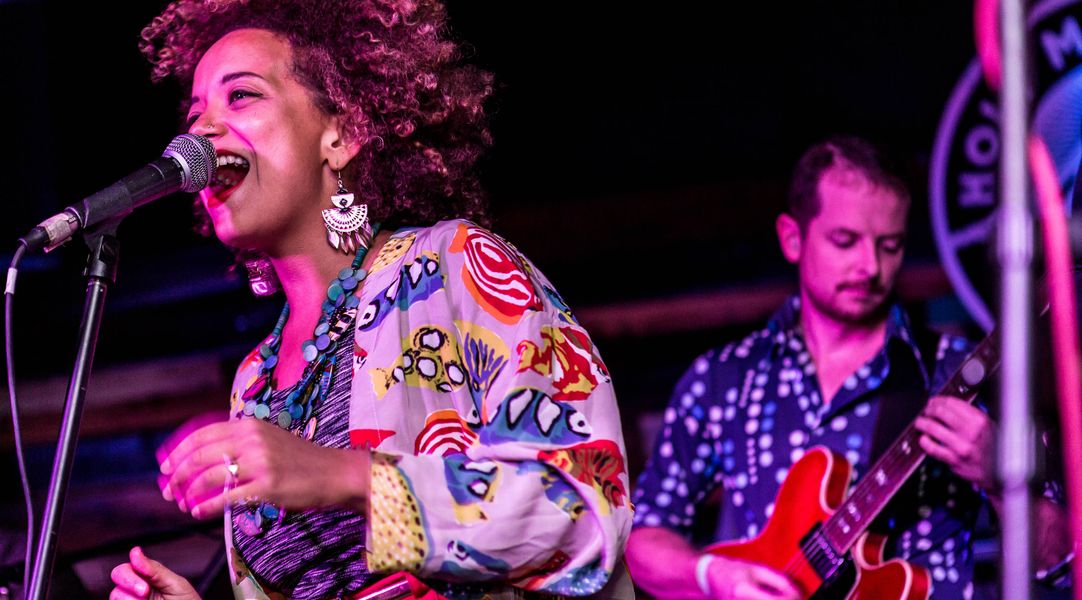 Austin proudly stands apart from the rest of Texas. This dynamic and forward-thinking city is its own cultural, political and demographic scene. As the ‘Live Music Capital of the World®,’ Austin values its impressively creative populace and prides itself on a casually hip lifestyle that prioritises artistic experiences like concerts, homespun businesses and creative cuisine. It’s a destination city for entrepreneurs and creatives alike. Grab a festival badge, queue up for world-famous barbecue and glide into Austin’s laid-back vibe.

Here we give you eight reasons you need to head there now... 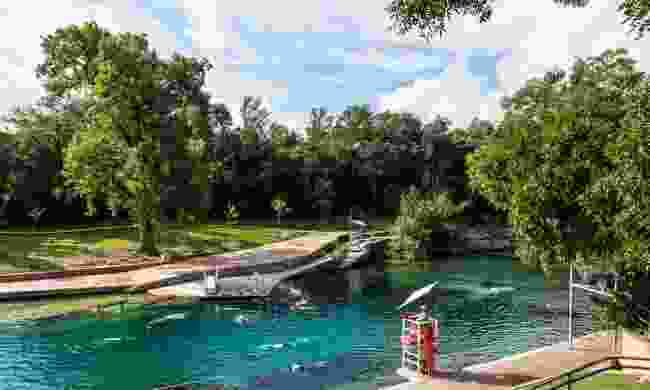 Austin’s crown jewel is a natural gem: Barton Springs Pool in Zilker Park, the city’s ultimate recreational experience. The 304-metre-long pool in the heart of downtown has been a source of cool refreshment for nearly a century, and its continually replenished 20°C spring water is a vital remedy for Austin’s sweltering summer temperatures. The surrounding Zilker Park is a sprawling urban oasis, with football fields, botanical gardens, sand volleyball courts, bike and canoe rentals, and the Zilker Zephyr – a miniature train popular with visitors and locals of all ages. 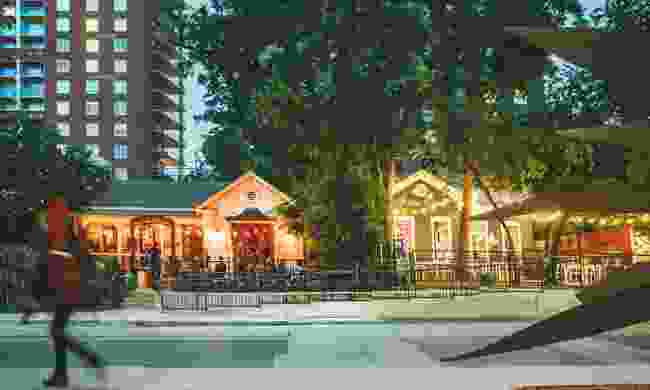 Normally, a city’s coolest collection of bars and food trucks isn’t typically located near a Convention Centre. But Rainey Street (and Austin) aren’t the conventional types. This stretch of historic bungalows has been repurposed into more than a dozen carefully preserved and retrofitted homey lounges serving local beers and food. A good place to start is the funky Container Bar (made entirely of recycled shipping containers) before pub crawling to other favourites like Craft Pride (its 50-plus taps feature nearly 20 local breweries) and Banger’s Sausage House and Beer Garden. 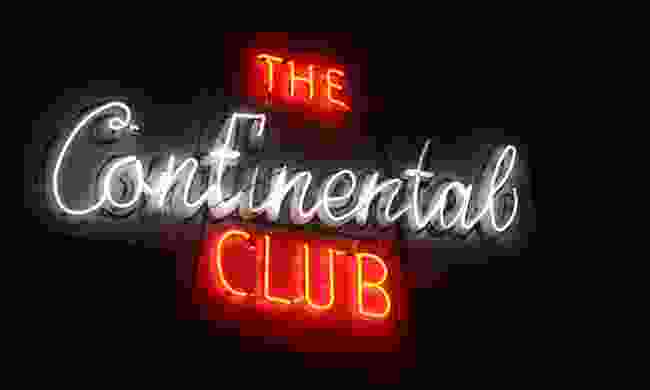 A stretch of South Congress Avenue just south of Lady Bird Lake transformed from a sketchy streetscape to an über-trendy destination during the 1990s, when it was revitalised with cafés, galleries and boutique clothing shops. Locals and tourists stroll the wide pavement to eat at top-notch eateries like Perla’s Seafood & Oyster Bar, Home Slice Pizza, Hopdoddy Burger Bar and Guero’s Taco Bar. The soul of South Congress is the Continental Club, a venerable live music venue that specialises in roots rock, bluegrass, rockabilly and country. Pro tip: The Continental Club’s celebrity sightings and happy hours are legendary. 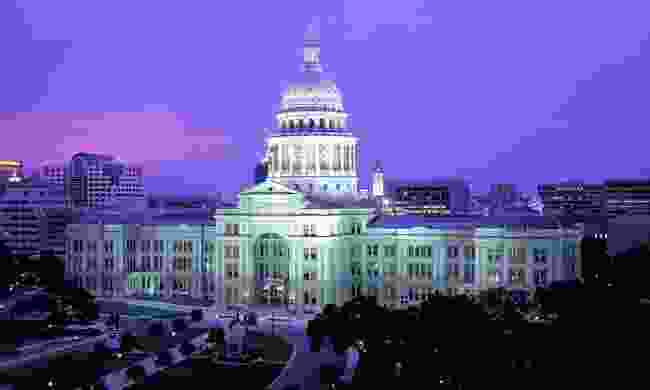 The magnificent Texas State Capitol is nothing short of stunning. The Renaissance Revival-style edifice, with its captivating exterior of ‘sunset red’ granite, presides over the city and state with a dignified grace. The Capitol, which opened in 1888, truly represents Texas, from its extra-large legislative chambers to the tip of its dome—deliberately designed 4.5 metres taller than the U.S. Capitol. Visitors should note the attention to architectural detail, including intricate woodwork and an overarching theme of Lone Stars on flooring, staircases and chandeliers. Enormous oak trees tower above the lush grounds, which overlook bustling Congress Avenue from atop Texas’ version of Capitol Hill. 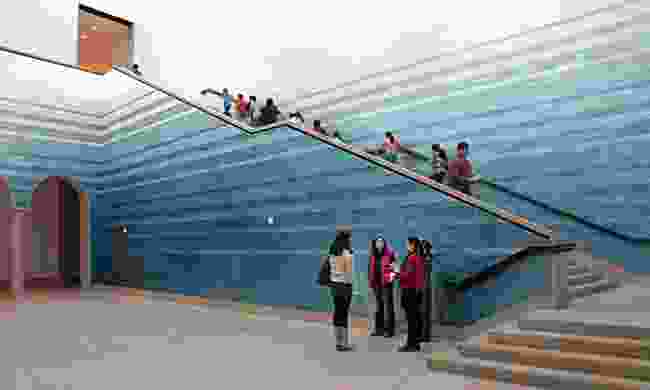 Blanton Museum of Art at the University of Texas (Visit Austin)

Spoiler alert: The University of Texas is enormous. With its 1.5-square kilometre campus and student enrolment of nearly 60,000, UT is a massive entity. Visitors and locals benefit from resources like the Blanton Museum of Art – one of the city’s highest-profile cultural attractions. The Blanton bills itself as the largest university art museum in the nation, with more than 17,000 works including impressive American, Latin American, Italian Renaissance and Baroque paintings. The nearby Ransom Centre is an underappreciated gem containing notable displayed artefacts such as the world’s first photograph, a Gutenberg Bible and a 1450 edition of Chaucer’s Canterbury Tales. 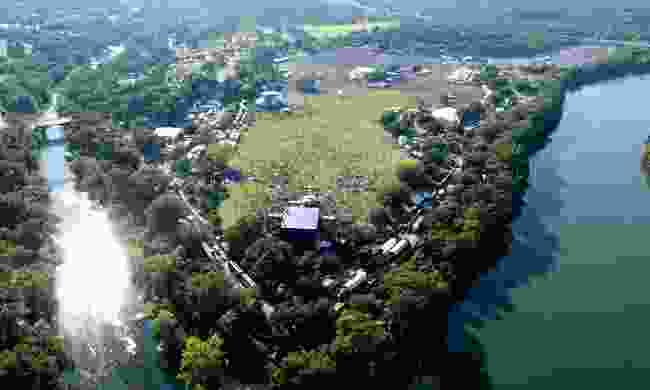 The Austin City Limits Music Festival is one of the country’s hottest festivals. Known locally as ACL, the mega music fest is held in downtown’s Zilker Park for two weekends each October. Artists range from legends like Sir Paul McCartney, Radiohead and Kanye West to modern stars like the Gorillaz, Killers and Chance the Rapper. Meanwhile, each March, the South by Southwest festival draws thousands of musicians and their associated crowds—critics, representatives and groupies—for every kind of music under the warm sun. Musical acts getting their first major buzz at SXSW include Amy Winehouse, the White Stripes, Katy Perry and Janelle Monae. 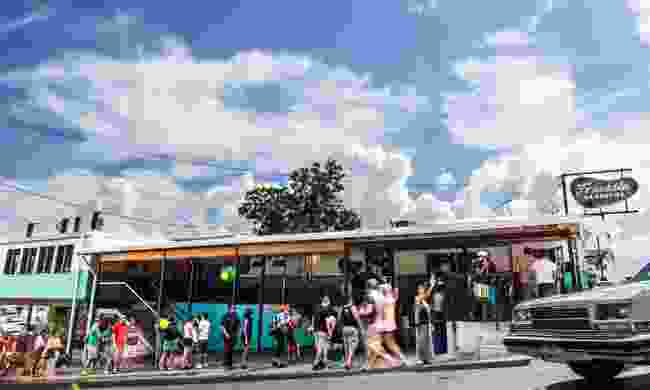 The queue for Franklin's Barbecue is worth the wait (Visit Austin)

Central Texas is typically considered Texas’ barbecue headquarters, which means Texans view it as the barbecue capital of the world. There’s some incredibly tasty ‘cue around here, including perfectly smoked beef, pork and chicken with requisite sides like potato salad and coleslaw. Fortunately, you can’t go wrong at most local joints, including Franklin Barbecue (Bon Appetit declared it the best barbecue in America, but be prepared for the three-hour line), Stiles Switch (the beef ribs are massive in flavour and size) and La Barbecue (the brisket and pork ribs are a must).

8. Over one million bats 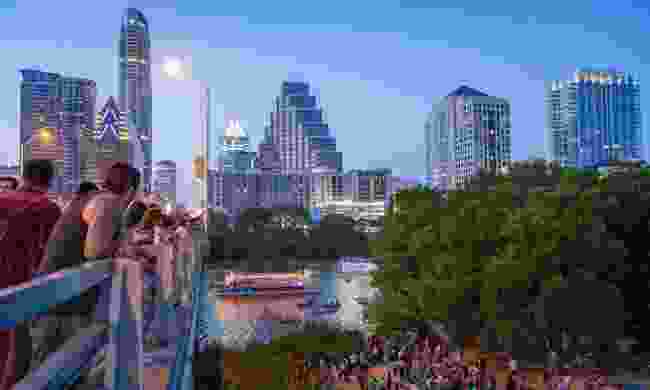 On most summer nights, 1.5 million bats emerge from under downtown Austin’s Congress Avenue Bridge: the largest urban bat colony in North America. The visual effect is downright batty—the small winged creatures appear as a sprawling amorphous black cloud, drifting eastward over the river into the twilight. The Mexican free-tailed bats usually emerge about 15 minutes after sunset and leave the bridge at speeds of up to 56 kilometres per hour in search of bugs and moths. It's truly a sight you have to witness for yourself. Bats over the bridge (Shutterstock)

This year, Texas are our partners for Photo of the Year, with the winner heading to Austin as part of the trip. Enter here to win a photography commission to this beautiful state.

There's more of Texas to discover... 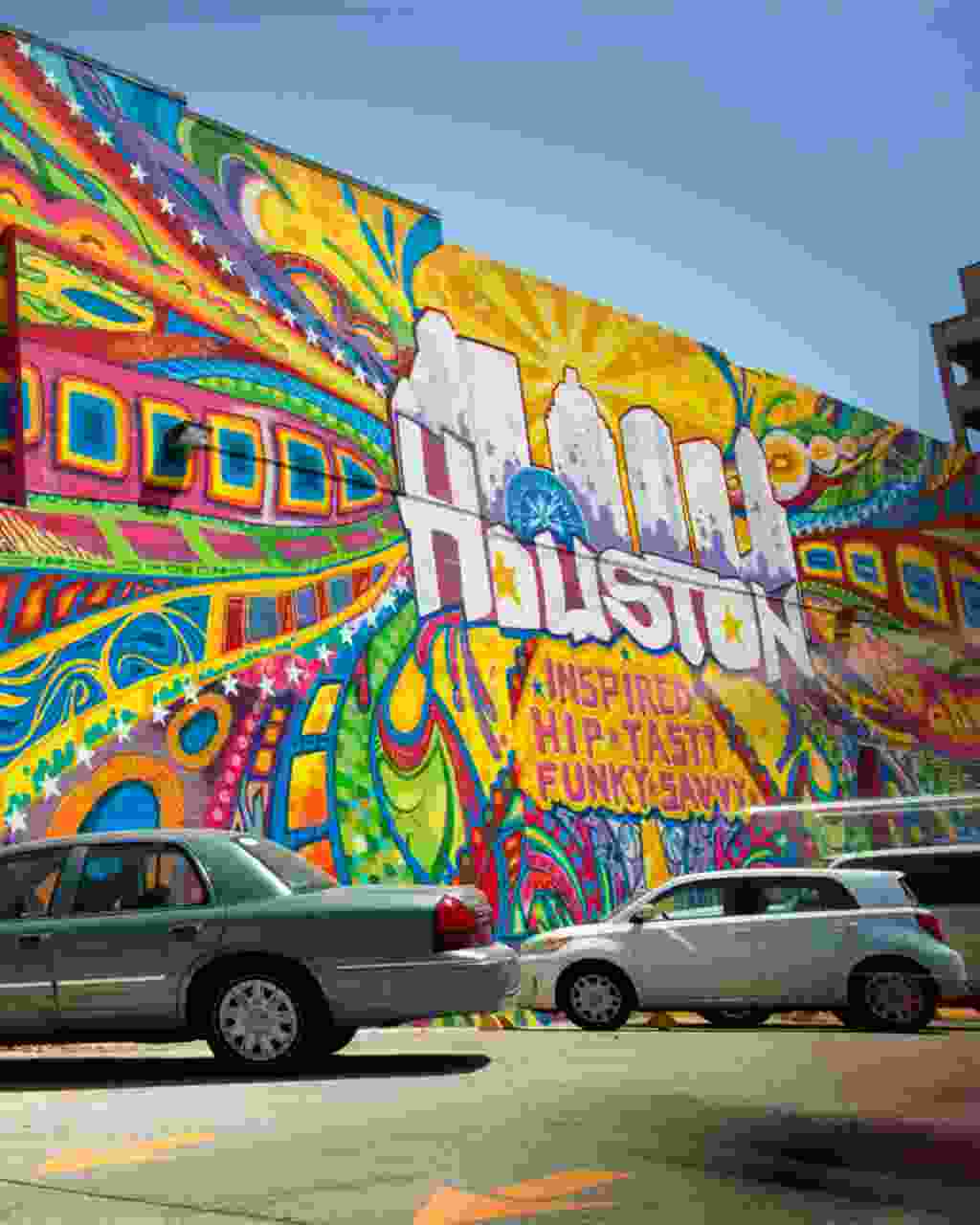 See the highlights of Houston 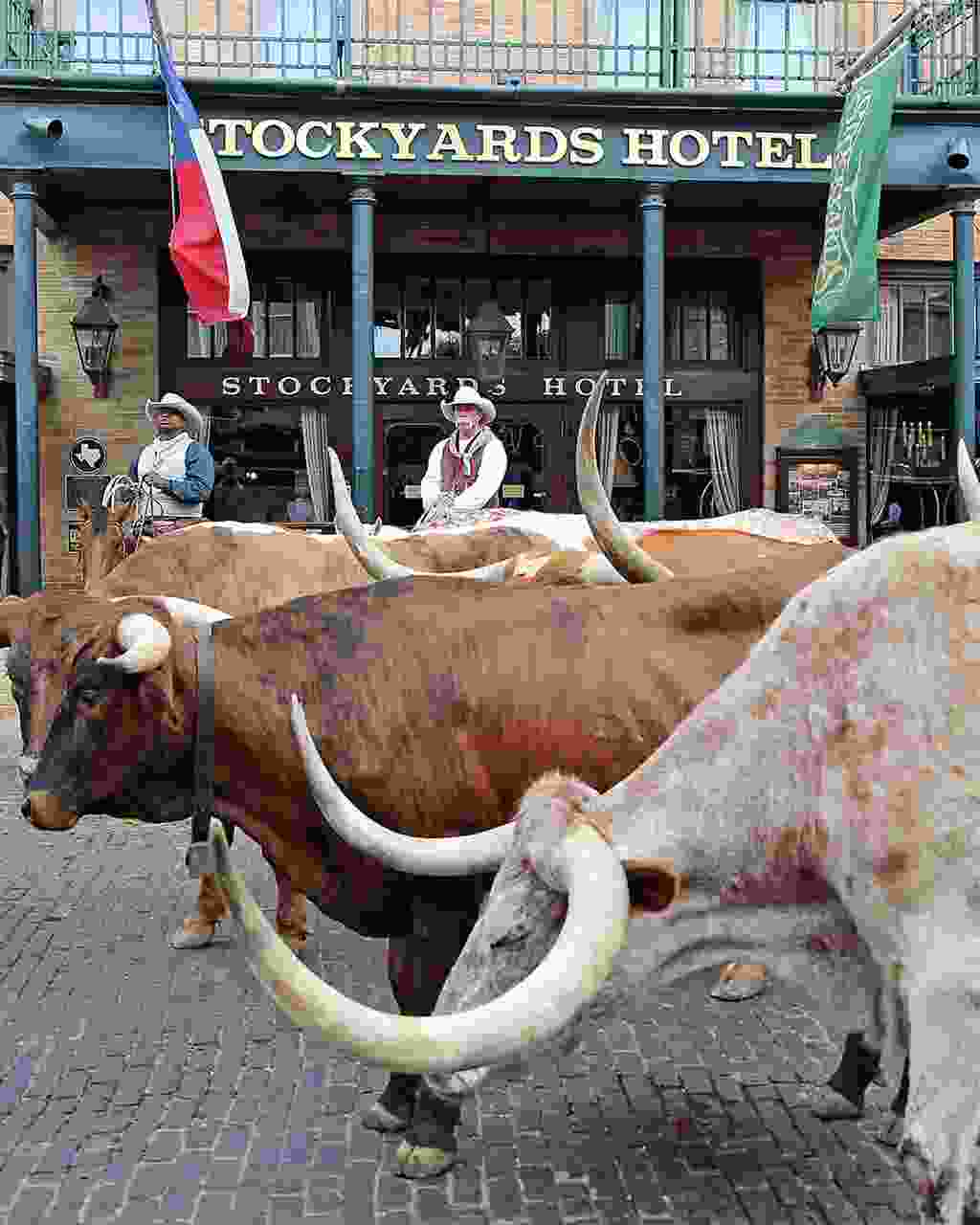 Read the best things to do in Fort Worth 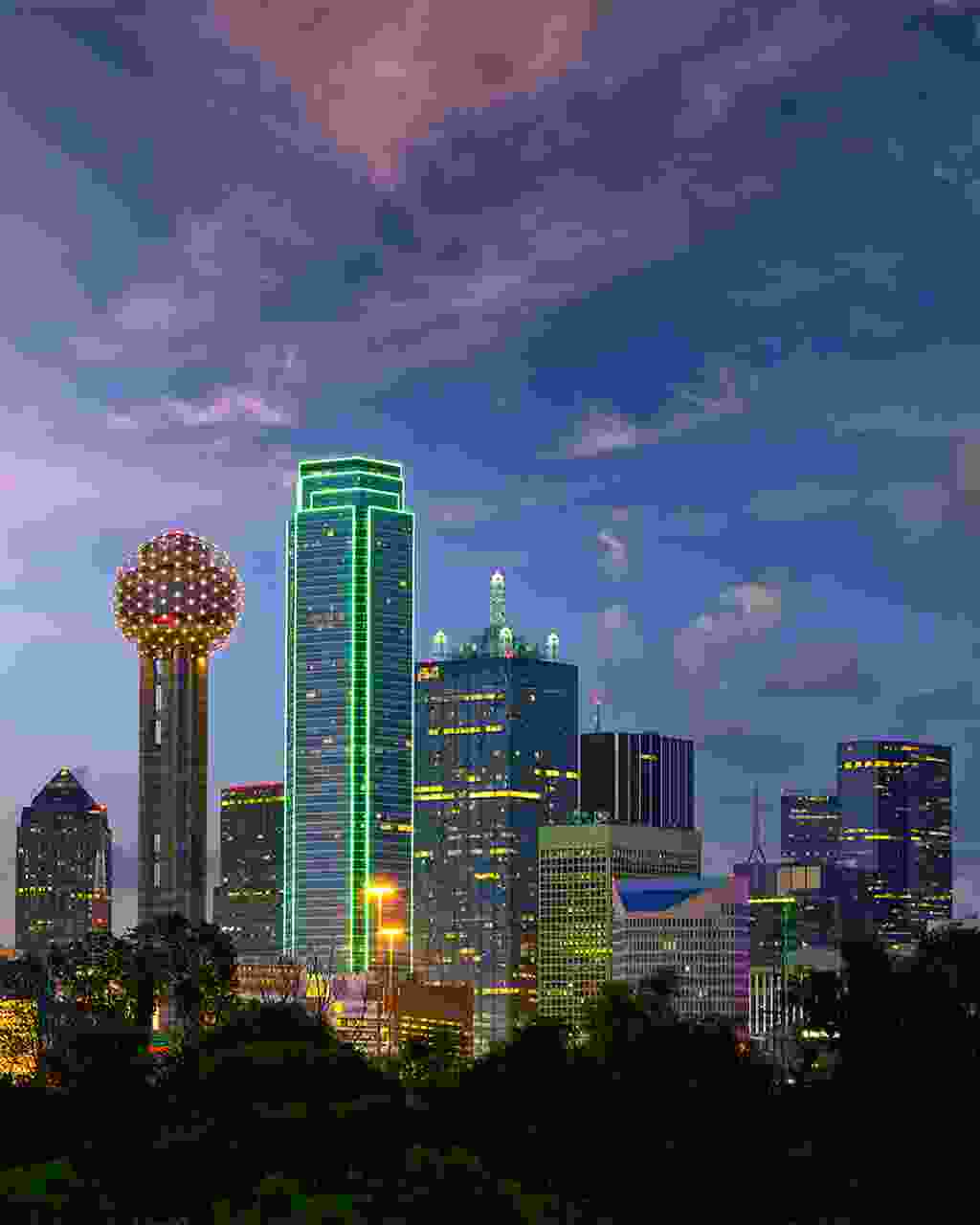 Here's why you should visit culturally-rich Dallas