Taiwan on two wheels: How to explore the entire island by bicycle

2021 is the ‘year of cycling’ in Taiwan, so there’s no better time to go. From short day loops to a route around the entire island, start planning your cycling adventure with our travel guide now...

There are few better countries in the world to explore on two wheels than Taiwan. For starters, the scenery is spectacular: over 70 per cent of the island is covered in mountains, extending from the peach farms in the north to the rolling silver coasts in the south. Then there’s the epic network of cycleways, purpose-built by the government to provide safe, car-free routes that take you to the heart of the countryside. And of course, there’s Taiwan’s size: the island is just half the size of Scotland, making it easy to explore the entire country by bike in a single trip.

Now with 2021 being designated the ‘year of cycling’ in Taiwan, there’s no better time to start planning a trip. Whether you want to tackle the entire round-the-island route, or just pick from a few shorter loops along the way, exploring Taiwan by bike is an eco-friendly way to discover the culture, wildlife and jaw-dropping scenery of this beautiful island.

Here's everything you need to start planning a bike trip to Taiwan... 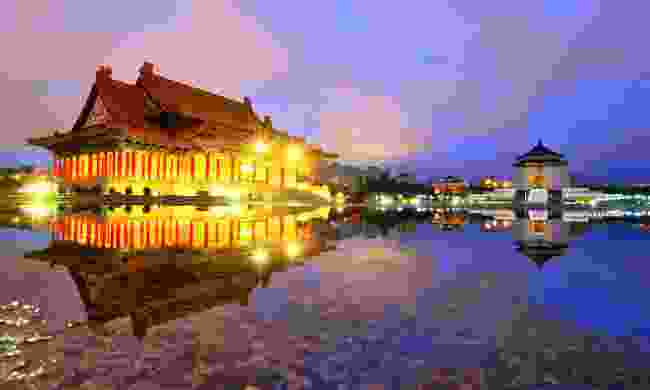 Need to know before you go 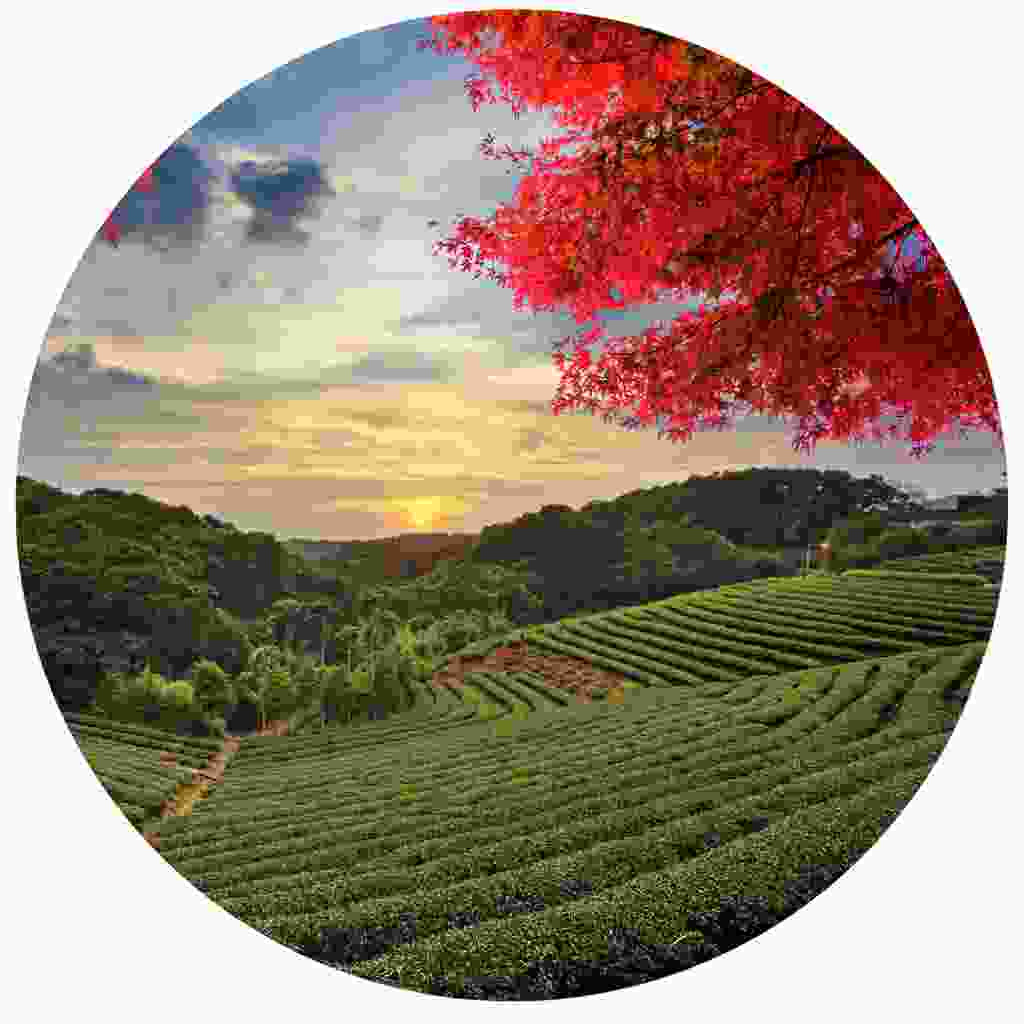 Taiwan has a hot, tropical climate so it’s best to avoid cycling in the summer months, although if you do visit from June to August, you’ll likely have most of the routes to yourself. Typically autumn and winter offer the best cycling weather, with October to March being the favoured months. During this time, temperatures typically range from 19-27 degrees C by day, with much less rain than in the summer. 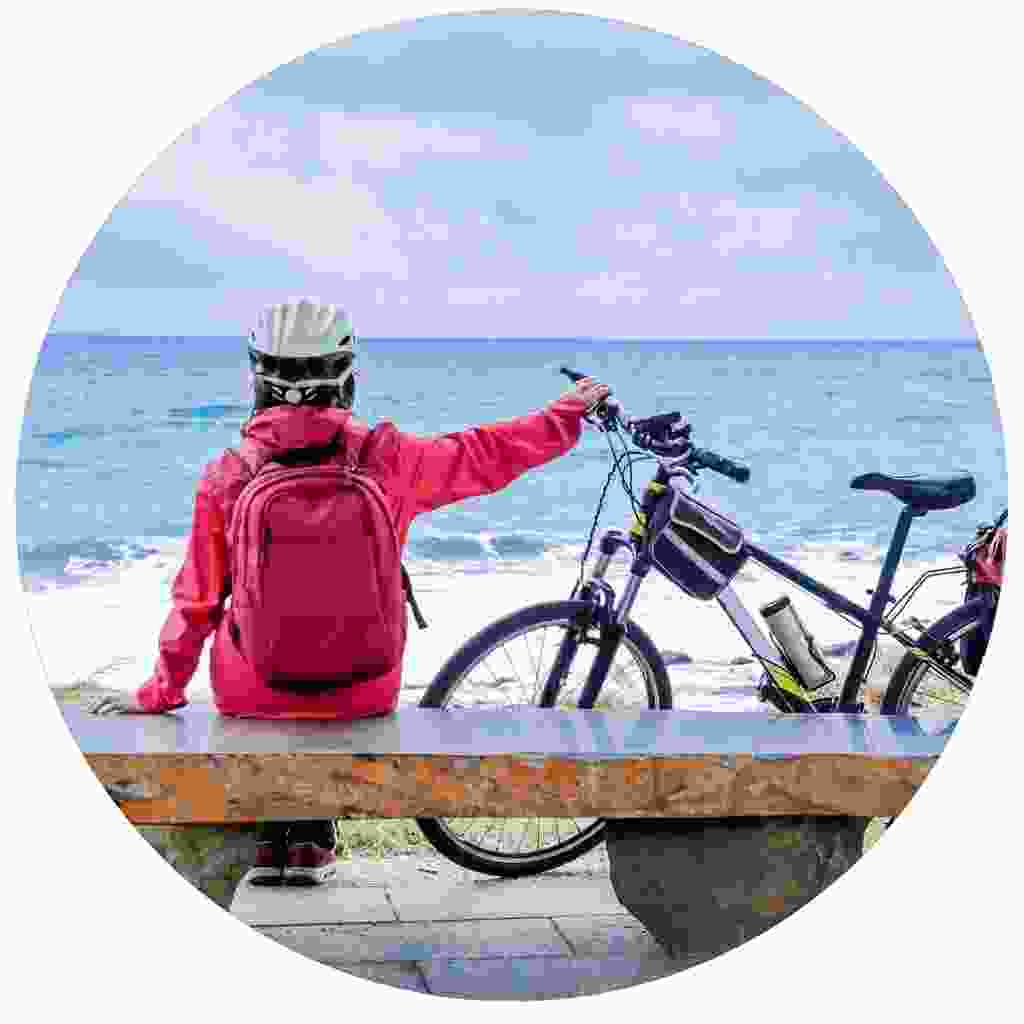 While some cyclists choose to bring their bike into the country, a far simpler option is to hire a bike in Taipei – or in the nearest city you hope to cycle from. Make sure you do this a few weeks ahead of time to ensure you have a bike waiting upon arrival. 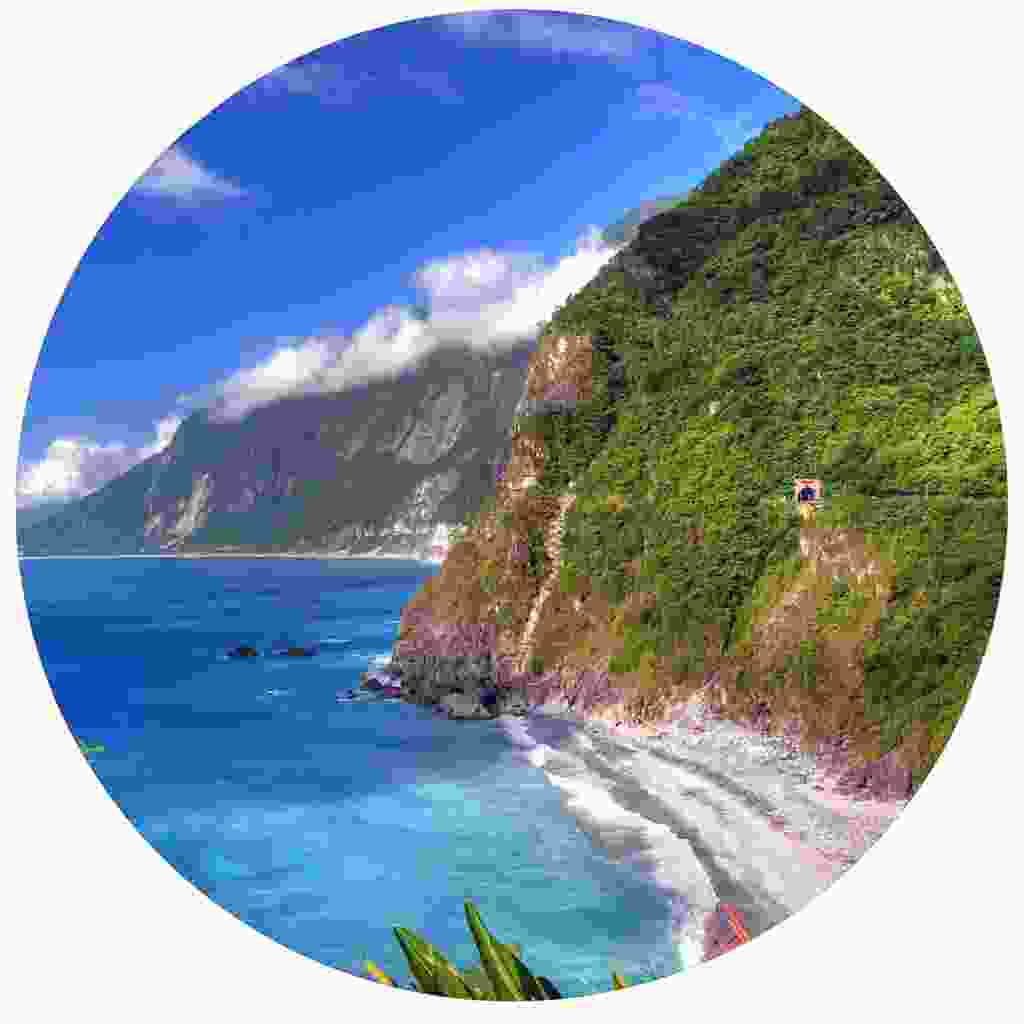 As a mountainous country, there are inevitably some tough climbs you’ll have to endure, but many of the routes are flat or gently undulating. The government has made a huge effort in recent years to improve the network of cycleways, building car-free scenic routes that cut through the mountains. There are also lots of purpose-built cyclist rest stops. Along Route No. 1 – the most popular round-the-island route – there are 122 of them, offering supplies, sometimes showers and a place to  catch your breath. 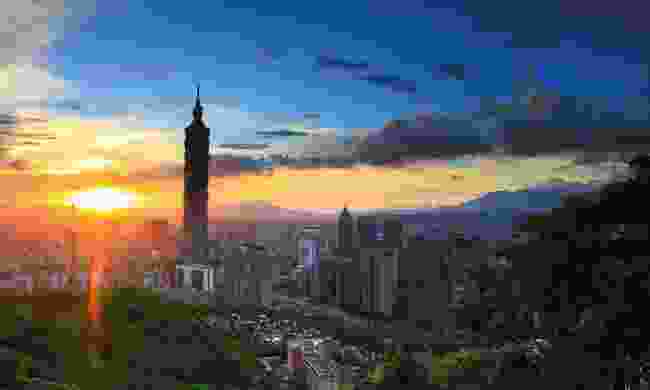 Distance: Around 1,000kms
Start/Finish: The capital, Taipei. The initial ‘0 kilometre marking’ is found at Songshan Station in Taipei.
Terrain: Varied. Nearly 600kms is along scenic and protected bike paths. There are two big climbs to be aware of: the 22km Shouka climb along Provincial Highway 9 in the south, and the long and twisting climb along the Beiyi Highway, between Yilan and Taipei at the end of your cycle.
Duration: You can easily complete the route in one to two weeks, depending how long you pedal each day. As an example, if you cycled at 20km/h (an average speed for an armature rider) for five hours a day, you’d finish in around 10 days.

The round-the-island cycling route is known as ‘Taiwan Cycling Route No. 1’. The near 1,000km-loop clings to the coastline, winding through villages, mountain ranges and verdant green valleys as it circumnavigates the entire island. It’s the best way to experience Taiwan, pedalling between homestays and B&Bs as you soak up the highlights from every corner of the country.

The route is surprisingly easy to follow. There are markings placed every 2kms – and every 500m in downtown areas – with rest stops along the way. You’re supposed to head in a counter clockwise direction, as the roads along the west are flatter, which helps you build up stamina before reaching the tougher climbs in the east. 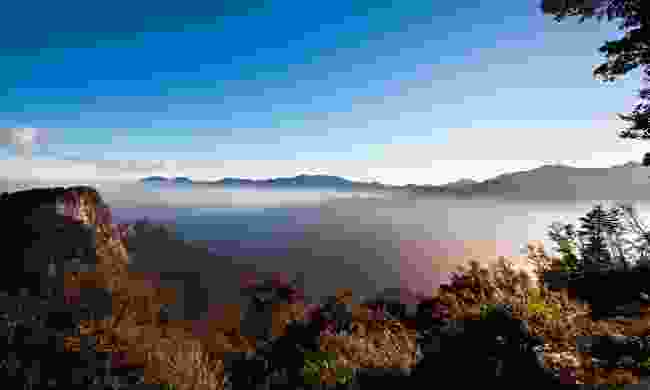 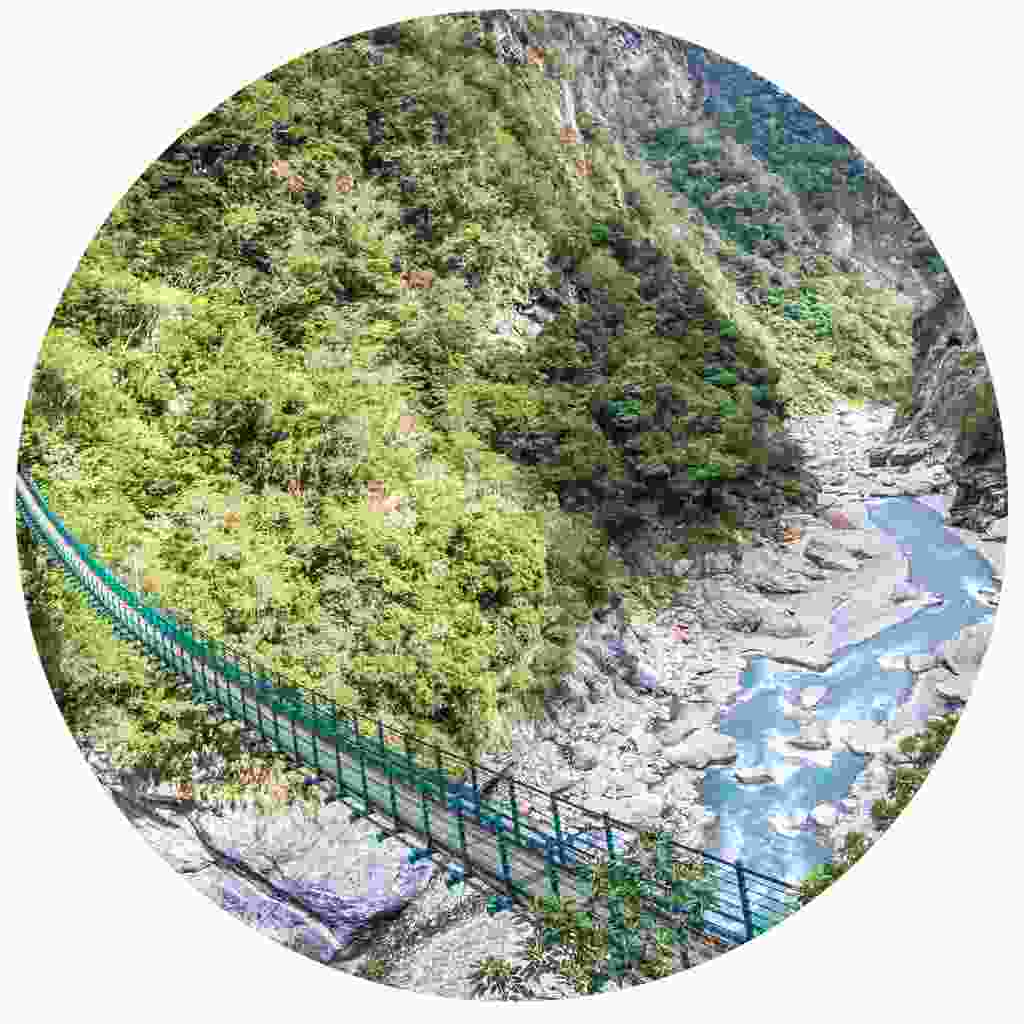 Carved by the Liwu River, the gorge is often referred to as the Taiwanese Grand Canyon, with a 19km road snaking through the middle for easy riding. Around you, the forest teems with life such as monkeys and cormorants. 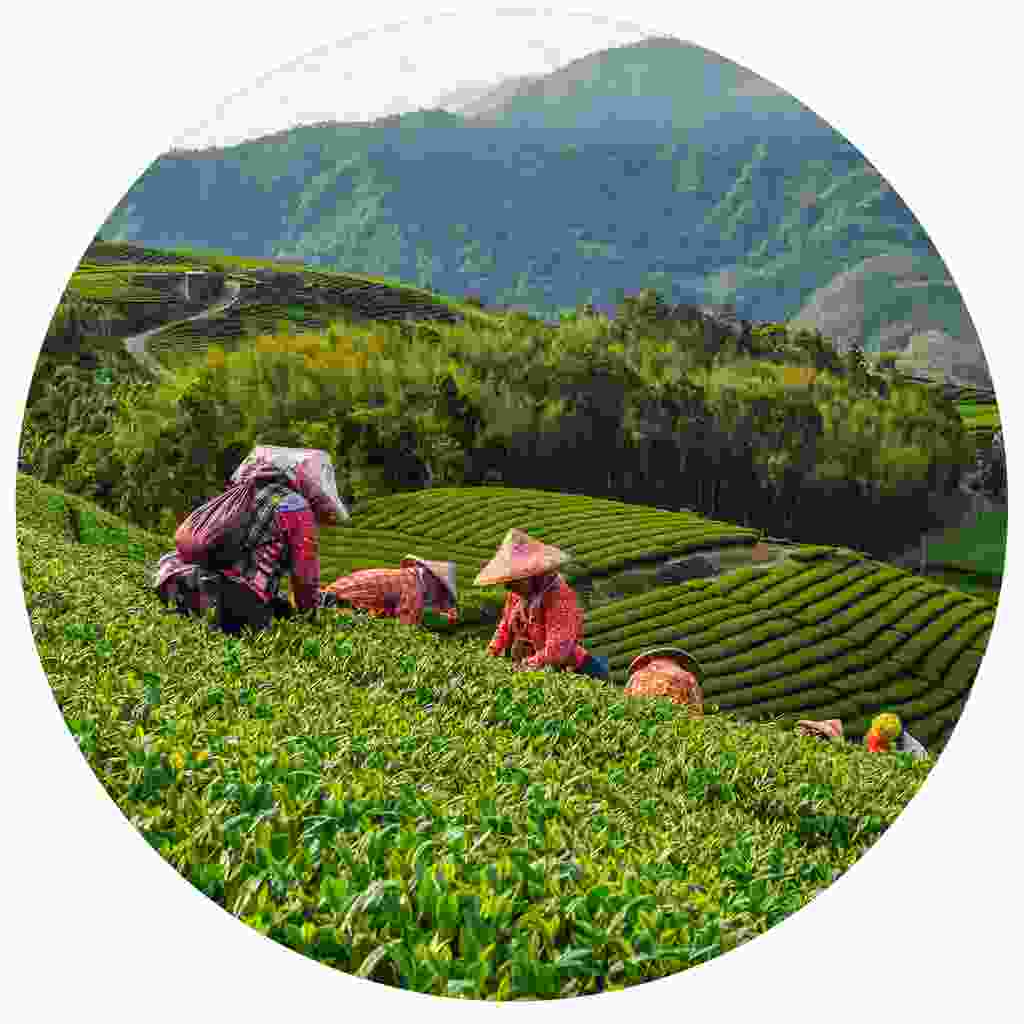 Detour in-land and take a scenic train ride up to Alishan, a township nestled among the cedar forests in the mountains. Here, oolong tea plantations and cherry tree groves flourish, sprawling across the hillsides. 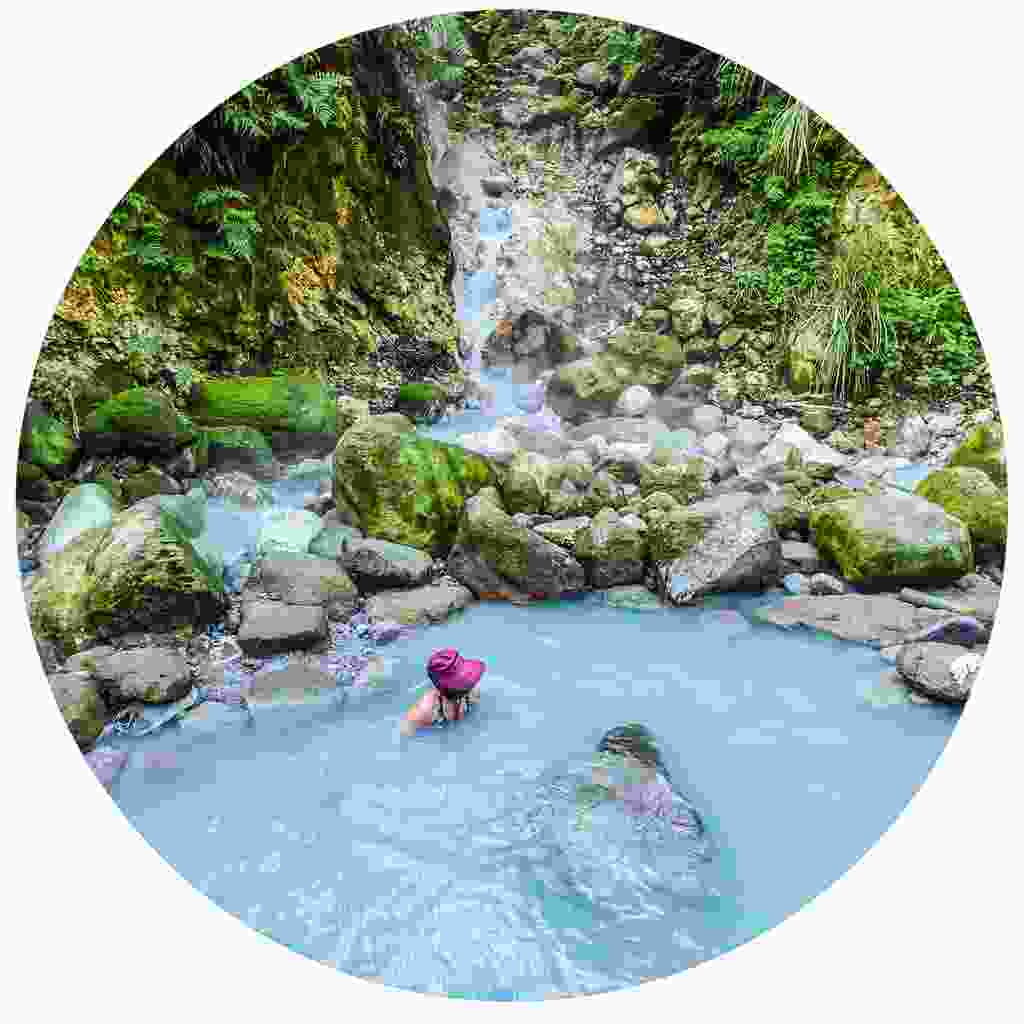 Taiwan has one of the highest concentrations of hot springs in the world. Nothing beats ending a long bike ride with a wallow in a hot spring bath. Key bathing spots include Antong, on Highway 11 in the east, and Lushan in central Taiwan.

For those who don’t want to tackle the round-the-island route, there are a number of other shorter rides that can be completed in a day or two, taking you into all four corners of the country... 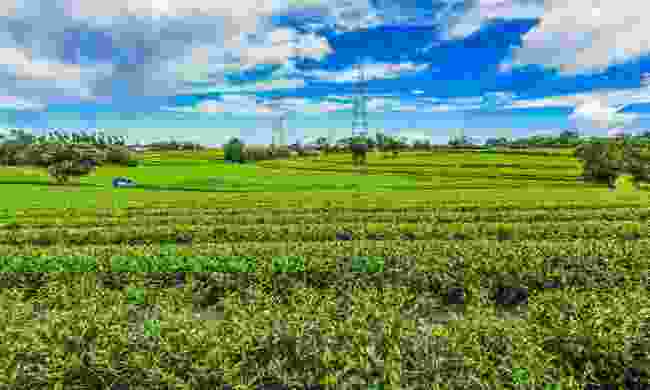 This 70km-route is one of the most popular routes in northern Taiwan. It’s situated in the next county over from Taipei, making it fairly easy to access from the capital. The countryside in this part of Taiwan is beautiful. Rolling hills give way to green valleys, where thousands of peach trees grow. In winter, their blossoms turn the landscape a haze of pink.

The trail also loops you past Shimen Dam, beside an enormous turquoise reservoir. When the reservoir gets too full from rain, the dam releases the excess water in a dramatic thundering waterfall that visitors flock to see. 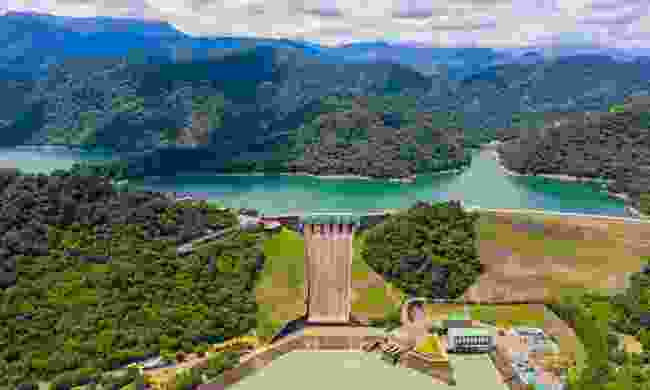 Take a boat across the Shimen Reservoir (Shutterstock)

1. Take a boat across the Shimen Reservoir

Departing about three quarters of the way along the Luoma Highway Loop, the trip glides along the mirror-like water towards Sikou Suspension Bridge – the longest suspension bridge in Taiwan, which straddles the Dahan River. 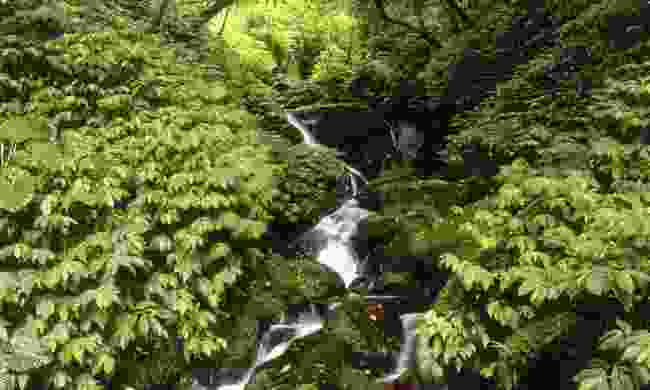 Walk across Xiao Wulai Skywalk – a transparent tempered glass-bottomed bridge suspended above the 50m Xiao Wulai Waterfall. The bridge and waterfall are located in Fuxing District, near the start and end of your ride. 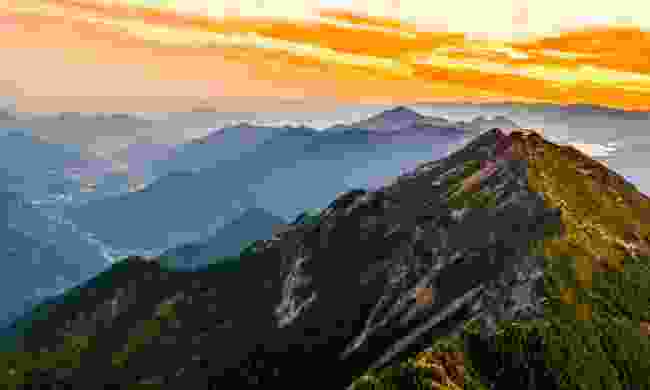 While you're in Central Taiwan, don't miss a climb up Yushan, northeast Asia’s tallest mountain (Shutterstock)

The loop around Sun Moon Lake is heralded as one of the most beautiful bike routes in the world, where green mountains fall away into the aquamarine water. The lake itself is a ‘must-see’ for any traveller venturing out of Taipei, but to pedal the entire circumference lets you see every inch of this sacred land, home to the Thao people – Taiwan’s smallest official tribe, who live on its shores.

Although it's only 33km, the ride is deceptively challenging because of the constantly undulating trail. Still, with its location at the foothills of Taiwan’s Central Mountain Range, and a scattering of picturesque temples, the dramatic views easily make up for your hard work. 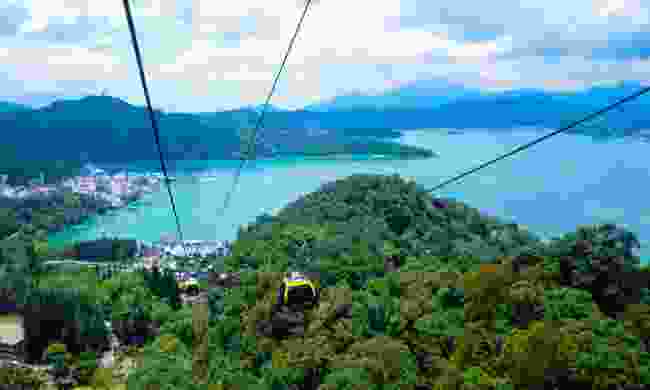 Take a ride in the cable car that whisks you high above the lake, offering picture-perfect views of the water and mountains – a sight that has been awarded three stars (the highest honour) by Michelin Green Guide. 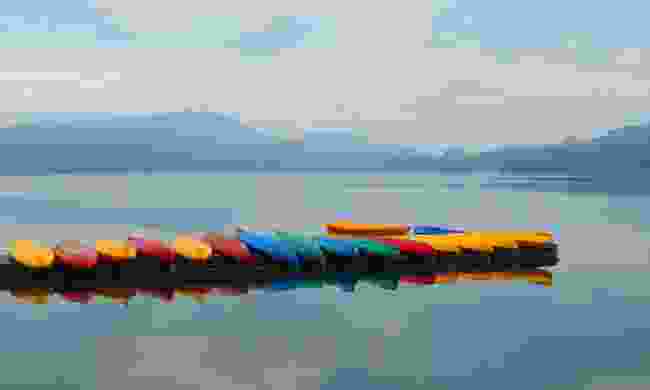 Hire a kayak and see Sun Moon Lake from the water, exploring the pretty coves that can’t be reached on land. Canoes and paddleboards are also available for hire at the tourist centres along the lake. 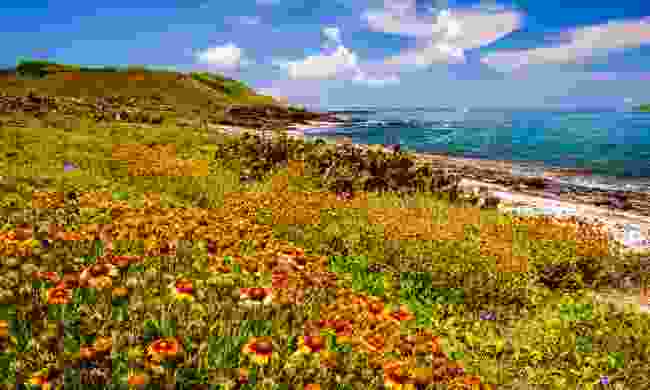 This picturesque loop offers another side of Taiwan: the breezy, laid-back coast, lined with white-sand beaches, lazy palms and picturesque fishing villages. The route takes you through Kenting National Park, which occupies the Hengchun Peninsula at the southern tip of the island. You’ll cycle from the Taiwan Straits to the Pacific Ocean and back, passing through pastoral landscapes backed by blue mountains shimmering in the distance. 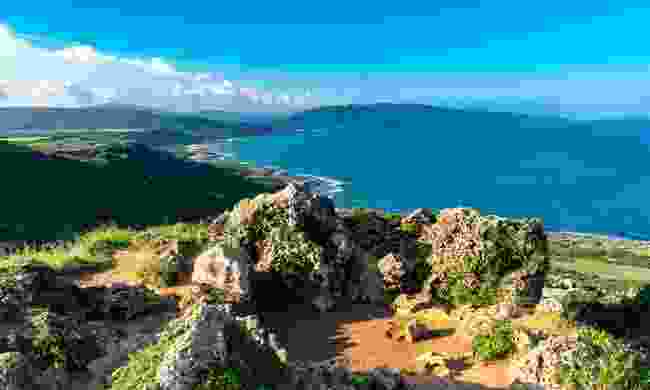 Stroll Longpan Park to see wild buffalo graze and views of the Pacific Ocean. Nearby, you can also visit the Southernmost point of Taiwan. There’s a large wooden platform overlooking the coast, which offers dramatic views of the coastline by day, and impressive views of the Milky Way by night. 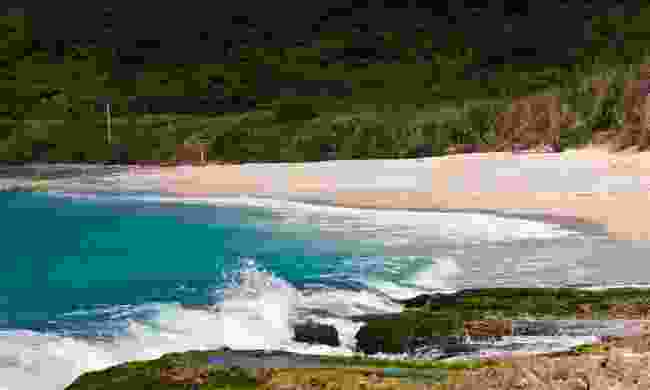 Explore Kenting’s beaches: Kenting is Taiwan’s holiday hotspot, with its white beaches and balmy climate. Go snorkelling at Sail Rock, stroll along the lonely Fongchueisha ('windblown') sand dunes or spend the night in one of Eluanbi’s cluster of beachside boutique hotels. 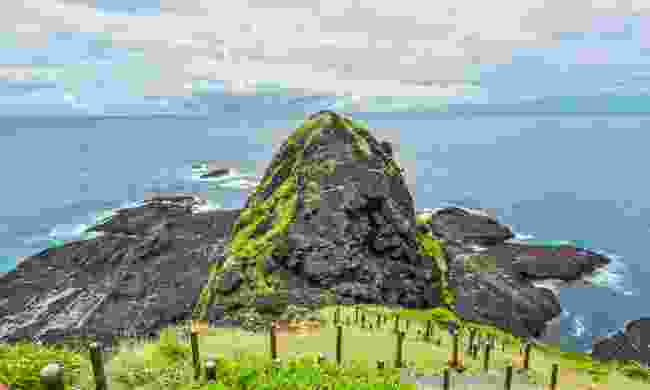 This is a long and difficult route that passes through the East Coast National Scenic Area. What it lacks in easy cycling, it makes up for in abundance with the views, with electric-green rice fields and cloud-capped mountains at every turn. If you’re lucky, you might spot a local steam train chugging through one of the valleys.

Along Provincial Highway 11, the toughest stretch is climbing up Mt. Niu. Once you’ve conquered that, the roads are flat and breezy, making for some very pleasant cycling. 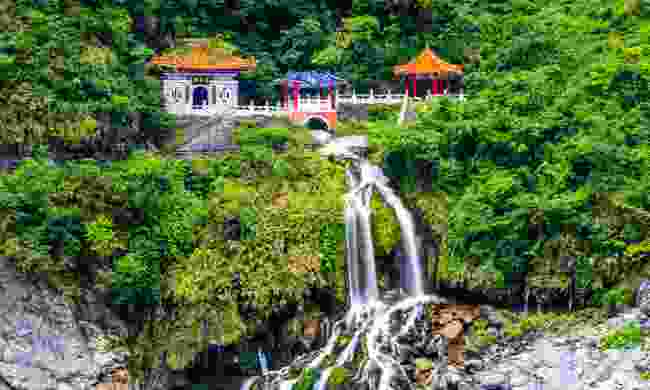 The Eternal Spring Shrine, called Changchun Shrine, in Taroko National Park commemorates the memory of 212 veterans who died while constructing the highway, named from the Changchun Falls that never stop 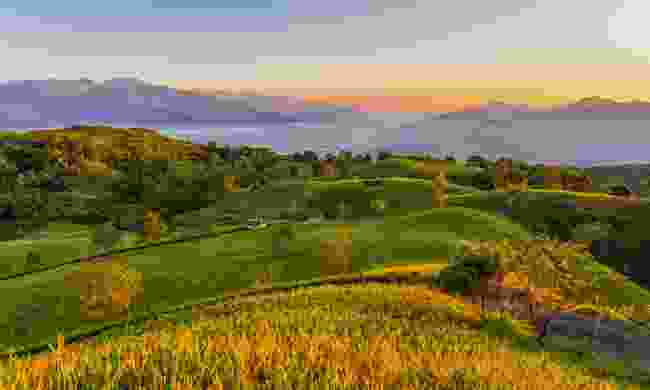 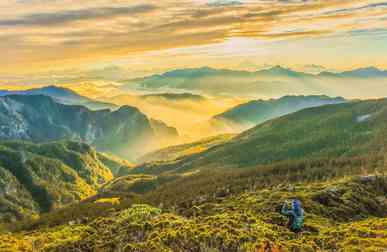 Back to nature: 5 ways to experience Taiwan’s great outdoors 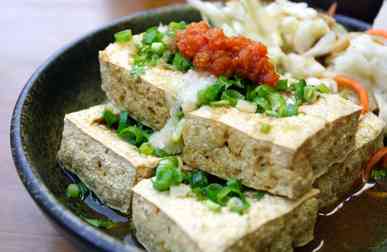