Top 10 places to eat and drink in Sydney

From garlanded fine dining restaurants to local markets and on-trend cafes, Sydney’s reputation for its food and drink scene is well deserved. James Ottery suggests 10 of the best places to tuck in 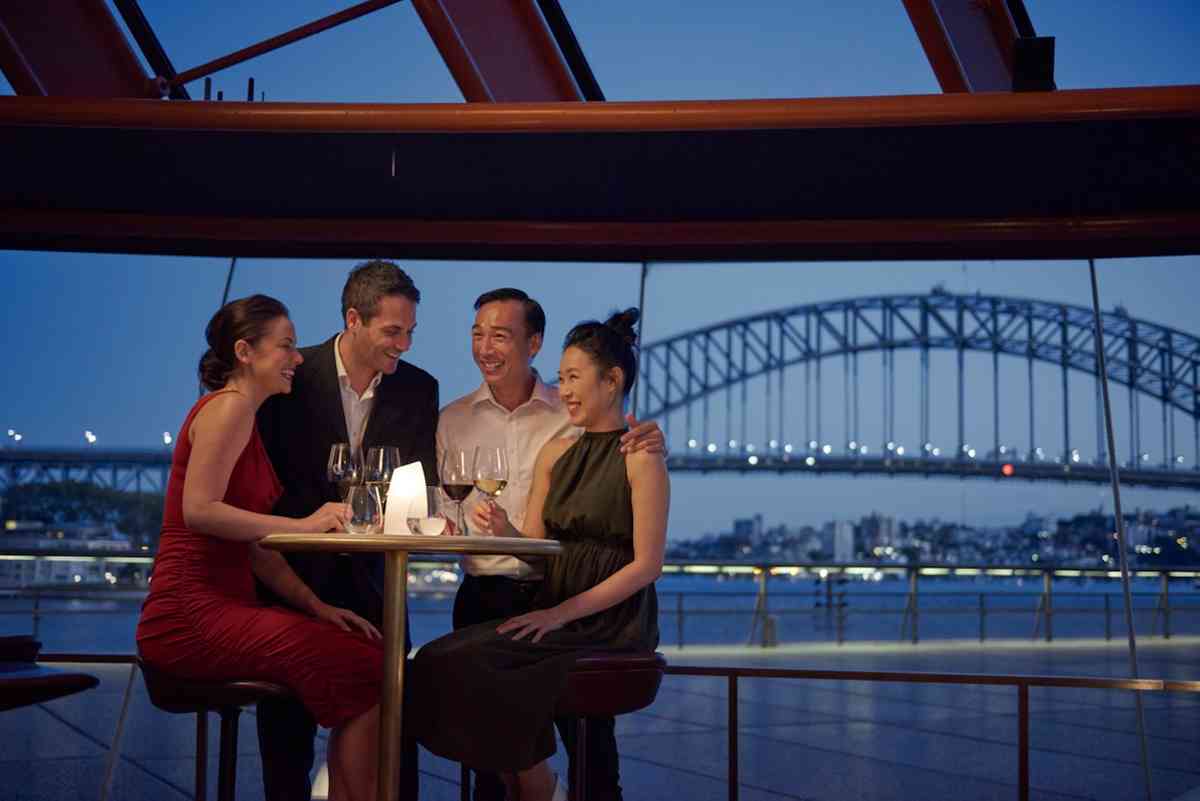 The brainchild of locally renowned chef Peter Gilmore, Bennelong enjoys one of the most iconic locations in Australia, sitting inside the Sydney Opera House itself.

Tables are set under soaring pitched ceilings and the wholly Australian menu is defiantly modern, although the restaurant takes its name from the point on which it sits, used long ago for Aboriginal gatherings. There are dedicated pre- and post-theatre options for those attending a show at a venue.

It’s rare for there not to be a queue outside Bills, which says plenty about this Bondi eatery’s popularity. The owners have two other Sydney joints, in Darlinghurst and Surry Hills, but the just-off-the-beach location of their Bondi outlet makes it the pick of the bunch.

It’s open from 7am until 10pm daily, serving good food throughout. Splash out on a 'Fresh Aussie' breakfast, try the calamari salad for lunch or opt for the wagyu burger at dinner, washed down with a cocktail or two. 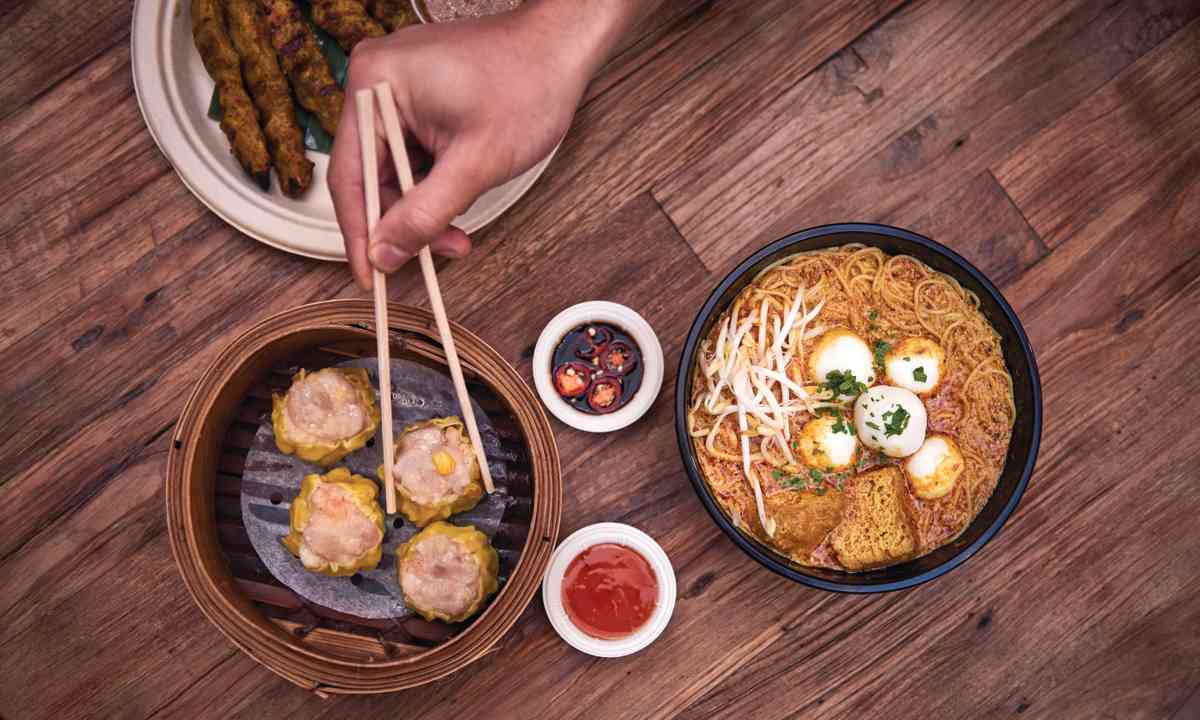 The market draws big crowds to the courtyard behind the Kensington Street Laneway in Chippendale. Stalls to make a beeline for include Hong Kong Diner, Bang Luck Thai Street Food and the Malaysian-influenced Alex Lee Kitchen.

Sydney takes its coffee seriously. Nowhere is this better illustrated than at Showbox, where speciality brews are the norm.

Located in the beach suburb of Manly, it’s a café-cum-music venue with trendy décor, an alternative mindset and a good all-day menu to boot. If you’re here for brunch, try the Pegg Roll with crispy Serrano ham and 'messed up eggs.' Cold-pressed juices are another forte. The cafe sits just a few blocks from the beach. 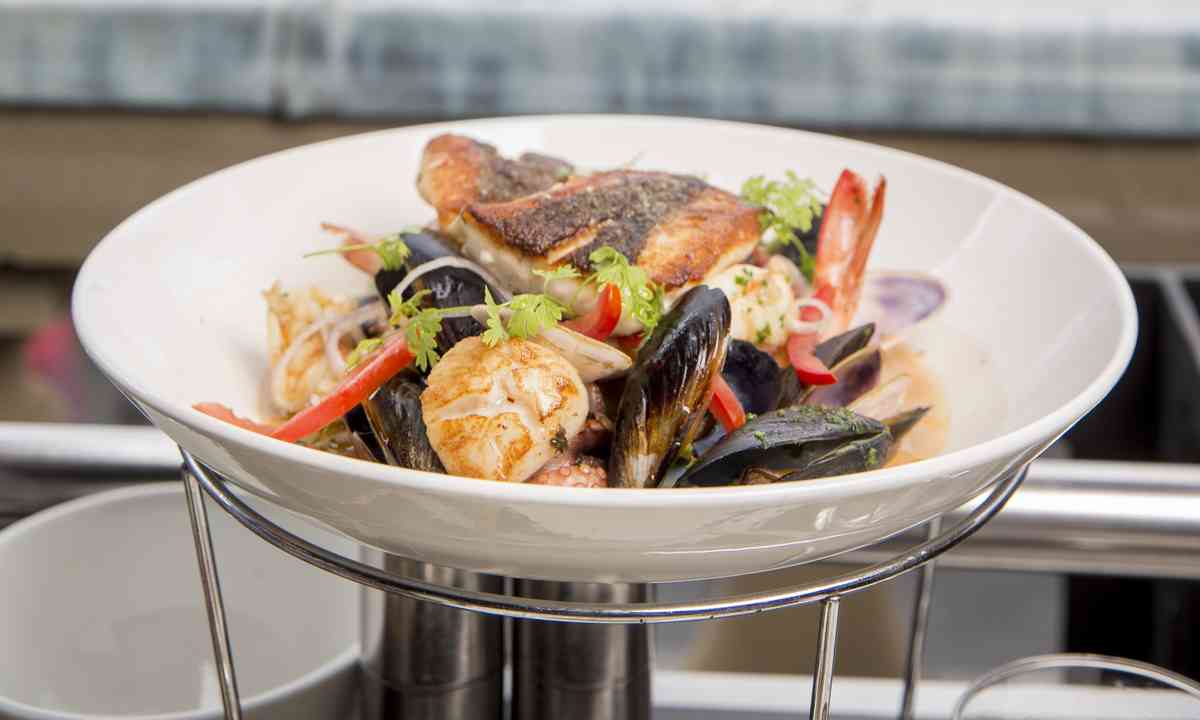 A long-standing favourite among travellers and locals alike thanks to its show-stopping location overlooking Circular Quay, Café Sydney has been a fixture on the city’s dining scene since the start of the millennium.

But it’s not just the view at this rooftop restaurant that gets people excited; the food is every bit as impressive, with an ever-changing, upscale menu that focuses on seasonal produce. The seafood dishes are particularly good. There’s also an extensive Aussie-centred wine list.

6: CHISWICK at the Gallery 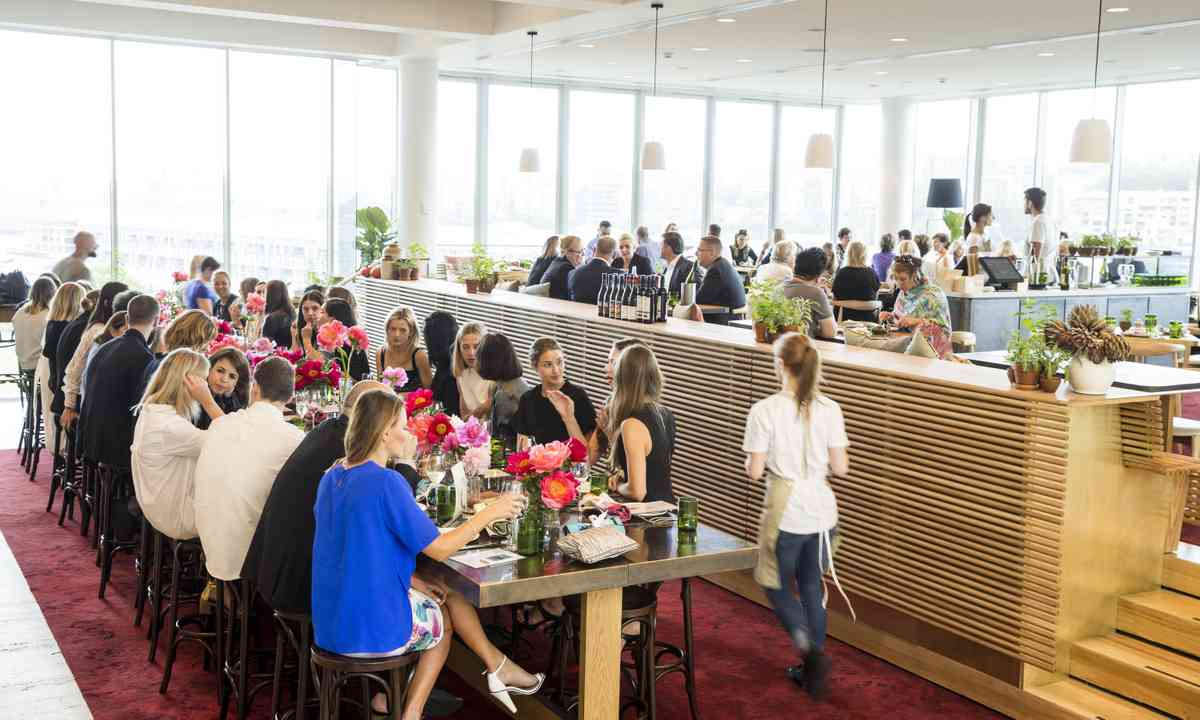 Celebrated Australian chef Matt Moran has a number of top-notch Sydney restaurants, including the waterside Opera Bar, the elegant ARIA Sydney and the seafood-focused North Bondi Fish. As enjoyable as any of them, however, is CHISWICK at the Gallery, which has a plum location within the Art Gallery of New South Wales.

Part of the appeal is the view, with the contemporary dining room overlooking Sydney Harbour. But just as important is the highly accomplished food, with much of it coming from the restaurant’s own kitchen garden. Such is Moran’s wide appeal that he’s also helped to create in-flight menus for Singapore Airlines, as well as being a regular at international events. 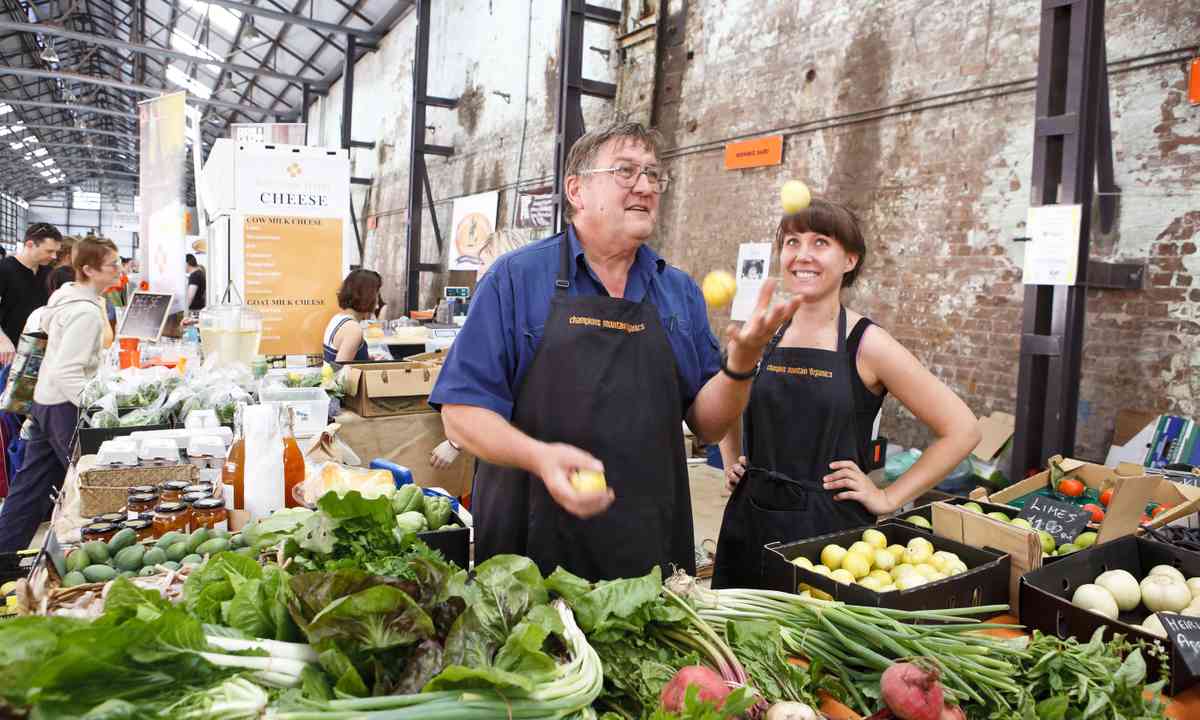 This award-winning farmers market bursts to life every Saturday between 8am and 1pm in a former factory space in Eveleigh. It’s a veritable foodie onslaught, with more than 80 producers from across New South Wales and dozens of organic and biodynamic stallholders.

The breadth of produce is massive. Hazelnuts, sausages, crepes, avocados, cheese, chocolate, truffles, lamb, pasta, falafel and pistachios are among the riches on offer, with fresh juices and proper coffee further enticements.

Blending Asian, French and Australian flavours to exquisite effect, it serves a set degustation menu and is best known for its confit of ocean trout served with roe, which has been described as “the world’s most photographed dish”. The restaurant is among the most refined, delicate and downright delicious fine dining experiences in Australia. 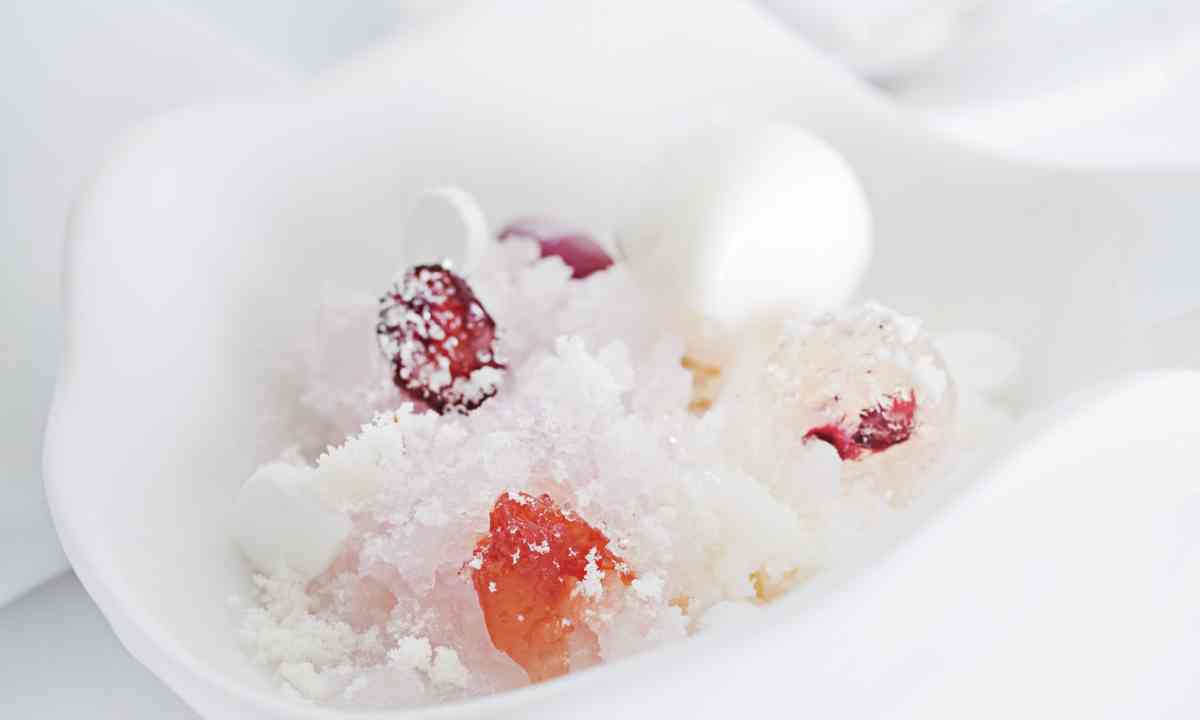 A repeat inclusion on San Pellegrino’s World’s Best Restaurant list, Quay describes itself as the most awarded restaurant in Australia. The good news is that if you can get a table – and that’s often a big if – it’s worthy of the hype.

The menus are painstaking, fast-evolving and original (anyone for master stock duck with pickled pink turnip, XO miso and scorched amaranth leaf?). The harbourside location is one of many aspects that make a meal here a genuinely special occasion.

This petite Rushcutters Bay venue offers a simple concept done very well, with five-course seasonal set menus served at communal tables. Sittings are at either 6.30pm or 8.30pm, with a 2pm lunch option on Sundays.

The menu changes completely every month. There’s also a wine list, with a focus on French and Australian wines. The food itself is more about flavours than frills but the standard is consistently high. A slanted timber roof and rustic décor help the place live up to its name.