10 reasons why Singapore Airlines was voted world's Number One airline

Promotion Feature: Wanderlust readers voted Singapore Airlines the world’s best airline this year, and not for the first time. Here, we look behind the scenes at 10 reasons why the airline continues to be 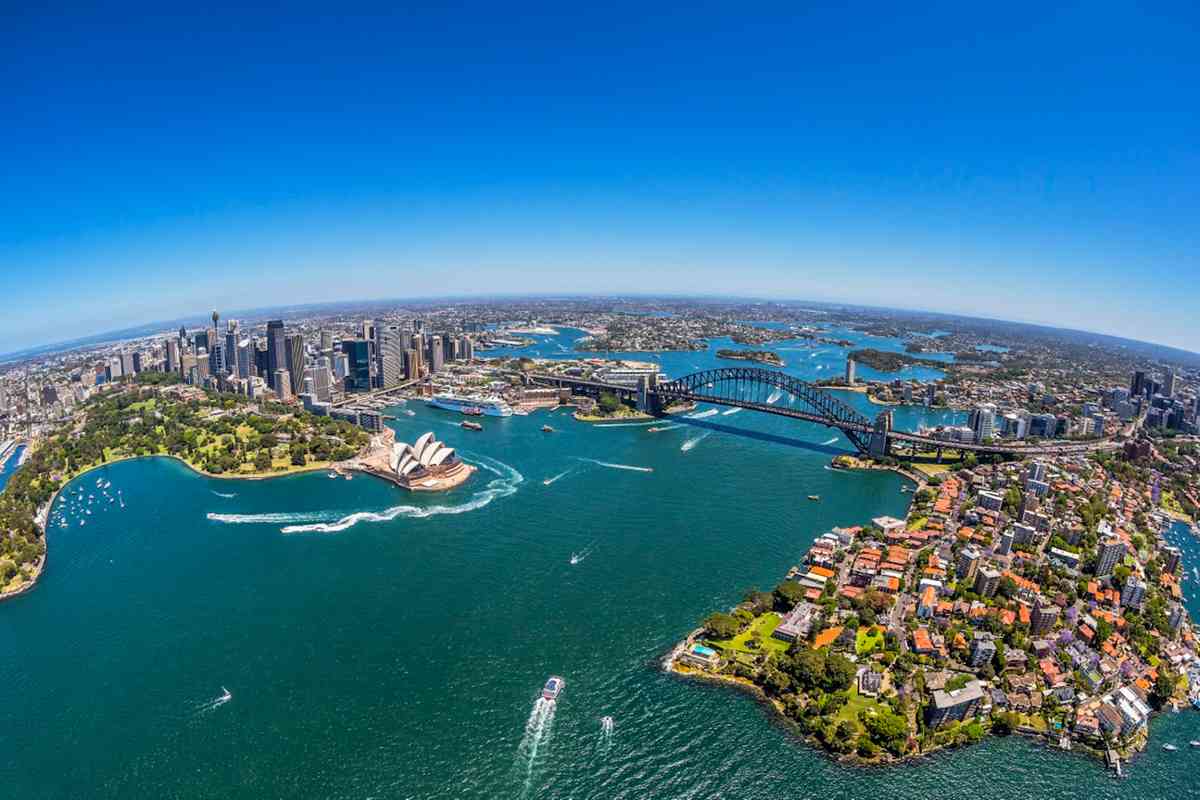 Sydney from the sky (Destination NSW)

Few things put off travellers more than seeing that a flight leaves in the middle of the night or so early in the morning that’s it’s difficult to get to the airport. Convenient departure and arrival times are a big reason why Singapore Airlines scored so highly with Wanderlust readers.

The airline has four daily flights from London to Sydney during the summer, with departures at 0925, 1125, 2050 and 2205, all scheduled to be either easy to get to in the morning or after work in the evenings. There are also five weekly flights from Manchester.

Flying via Changi Airport in Singapore, the London-Sydney flights are also the fastest route from the UK to Sydney, taking just 21 hours and 40 minutes. For such a long journey from the UK to Australia, keeping that flight time down to a minimum is a popular call.

With morning arrival times into Australia, passengers can get as much sleep as possible. “It’s good for the body,” says Sheldon Hee, General Manager UK & Ireland at Singapore Airlines. “It allows you to rest comfortably and arrive at a convenient time.” 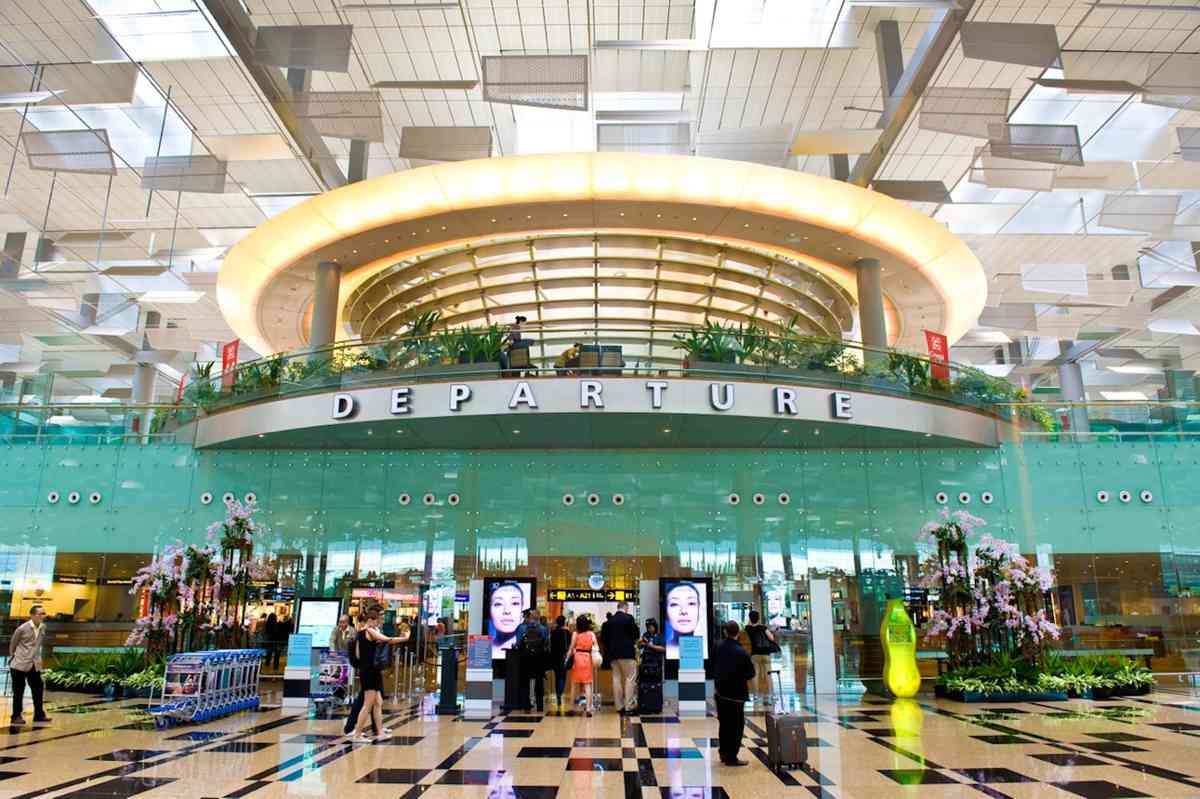 Changi Airport in Singapore was voted the world’s Number One airport in the Wanderlust Reader Travel Awards, which wasn't the first time it won 'Gold' since the airport opened in 1981.

“Changi Airport is a destination in itself,” suggests Hee. “When you’re in the transit area, it’s hard to imagine sometimes that you’re in an airport. It’s almost like a mall. There are gardens you can access, lounges, and all sorts of interesting things you can enjoy while you’re in the airport, including play areas to keep all the kids entertained.”

The airport combines glitzy shops from designer brands with a 1960s-style Food Street where travellers are spoilt for eating options. There’s also a cinema and a gaming deck with Playstations and Xboxes.

But what really sets the airport apart are the six gardens and koi pond. “I really like how peaceful it is" says Hee." There’s a garden area, which is quieter than other parts of the airport. I like to visit the sunflower or orchid garden which offers a restful space to relax and reboot.” 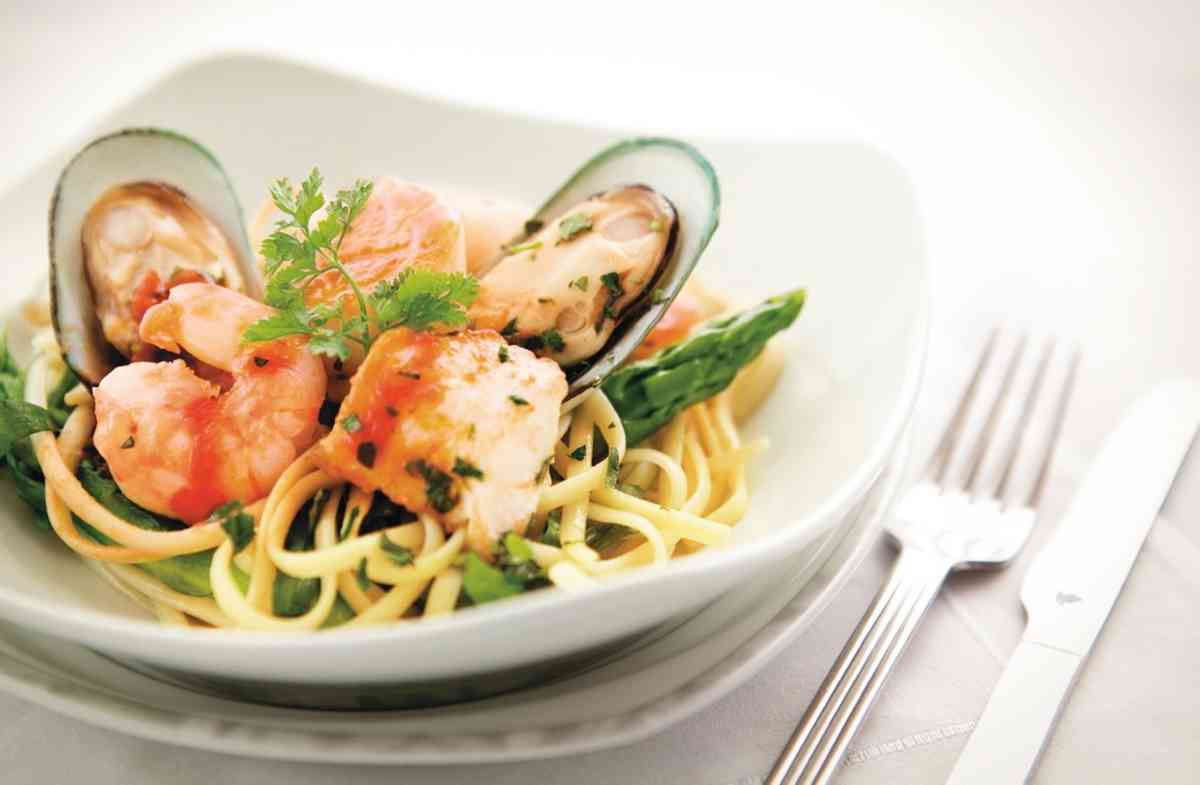 Being in an aeroplane 10,000 metres up in the sky does make it difficult to nip out for a bite to eat, so it’s great when an airline gets the onboard meals right. An International Culinary Panel comprising eight world-renowned chefs work to create the onboard menus, including Australia’s acclaimed Matt Moran, Suzanne Goin from the United States, and other leading chefs from Asia and Europe.

The result is an international menu that's regularly adding new ideas and flavours. “We’re currently designing a new menu, writing, testing and tasting recipes," says Australian chef Matt Moran, who's sat on the International Culinary Panel of Singapore Airlines for 14 years. "A great deal of thought goes into the planning.

"It’s a bit of a science, as there are specific conditions 40,000ft up that need to be considered," Moran explains. "The senses of a passenger are altered by altitude. We also need to consider the best way to execute, store and serve the dishes in a way in which quality is never compromised and passengers are delivered flavoursome, delicious meals. The process is very different to menu planning in my restaurants and I love the challenge of it. It’s exciting." 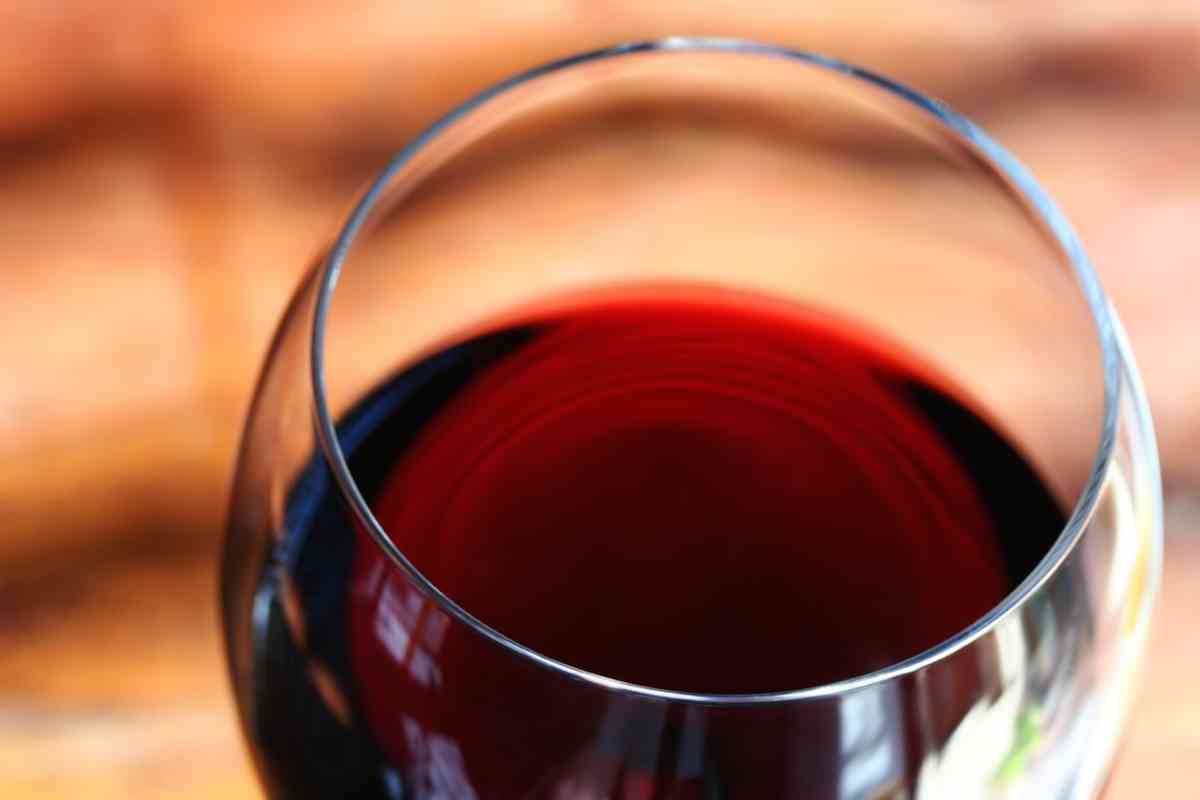 In our busy everyday lives, kicking back to watch a film with some good food and a decent glass of wine doesn’t happen as much as we might like. Taking a long-distance flight is the perfect opportunity.

“We have a fairly rigorous process for wine as well,” says Hee. “We’ve got three renowned wine consultants that help us select the wine we serve onboard.”

That panel includes Michael Hill-Smith, Australia’s first Master of Wine. The wines are chosen not just for flavour and quality but also for their compatibility with the dishes the airline serves. There are wines from across the world, including France and Italy, not to mention, of course, Australia, with the chosen wines having withstood two of the harshest tests: cabin pressure and wine critics. 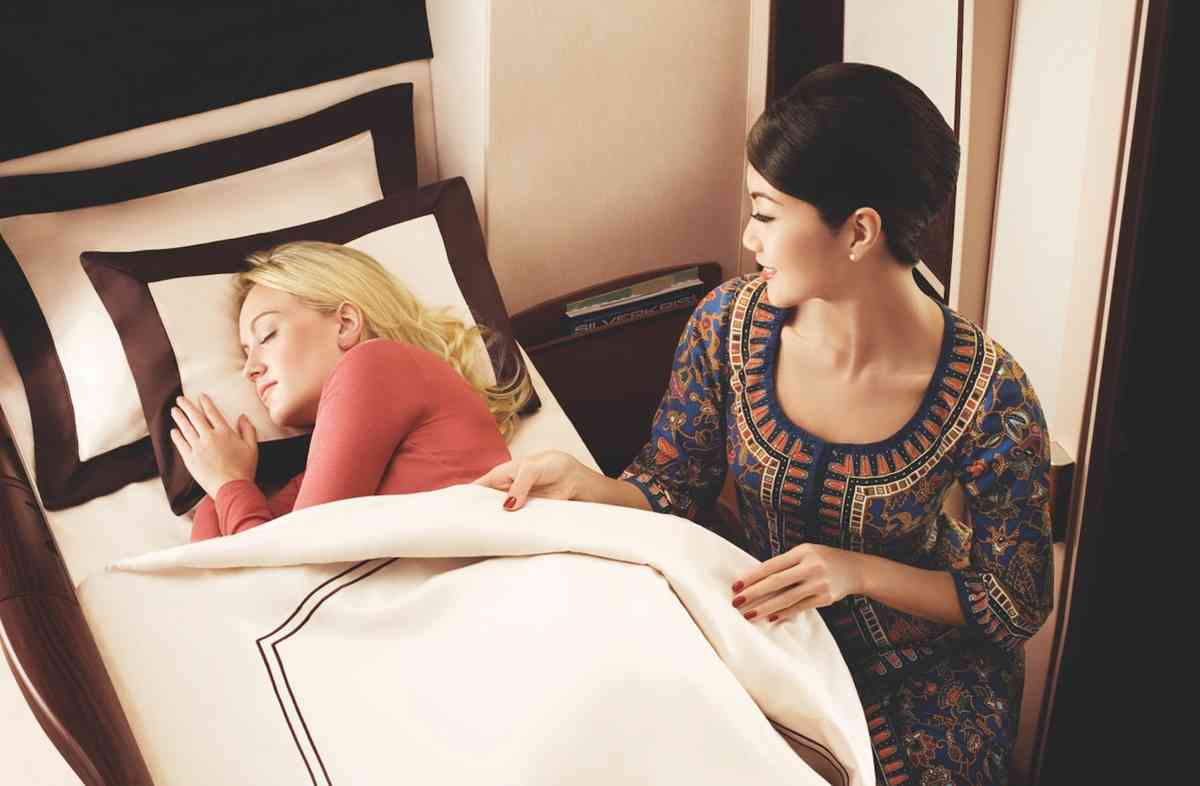 Getting a good sleep not only makes for a good flight, but it kicks off a holiday or business trip in the best way: you arrive, feeling refreshed and ready to explore or start work. “If you look at the way the cabin service is designed, we try as much as possible to minimise interruptions during the flight itself," explains Hee. "We know with customers flying from Europe to Australia, typically they’d be looking at resting as much as they can, then having a break in Singapore and resting their legs, either having a stopover in Singapore or continuing onto Australia.

"The bulk of our food service is actually at the front end, when you get on the plane," he continues. "We then try to keep as minimal interruption as possible in the rest time until the service at the end of the flight.”

Singapore Airlines’ Economy Class seats are designed to give passengers more personal space, even when the seat in front is reclined. Those wanting more legroom can choose ‘Preferred Seats’ with a wider seat pitch, located near the exits. “The comfort of the seat is vital," adds Hee. "Our seats are among the widest in the sky. Premium Economy is a step up from that, with a 19.5 inch seat width. Of course, that moves up again if you go into Business and First Class.” Every airline will claim to be aiming for friendly, helpful service onboard. But Singapore Airlines goes the extra mile, training new recruits for four months, which is twice as long as the industry average of eight weeks. That training includes everything from serving food and understanding the onboard wines to etiquette and cultural sensitivity for travellers from different countries, from the UK to China.

“What we’re aiming to do is anticipate what customers need before they ask,” says Hee, describing the onboard staff’s service style. “The crew often think of themselves as hosts on board the aircraft, with the customer as guests in their home. When they fly, they're like a very attentive host who looks after you without you really needing to ask for drinks or water. The cabin crew, even in economy class, frequently walks down the aisle offering drinks, warm towels. The whole concept behind it is to take care of you and look after your needs before you need to call them or make a request.” “We still have one of the longest training programmes around for cabin crew,” Hee continues. “And you still have to subsequently fly as a trainee before you get your wings. A lot of that emphasis is obviously around the safety requirements and various responsibilities. But beyond that there’s a huge amount of time given to customer attention. It’s a very intensive programme.” 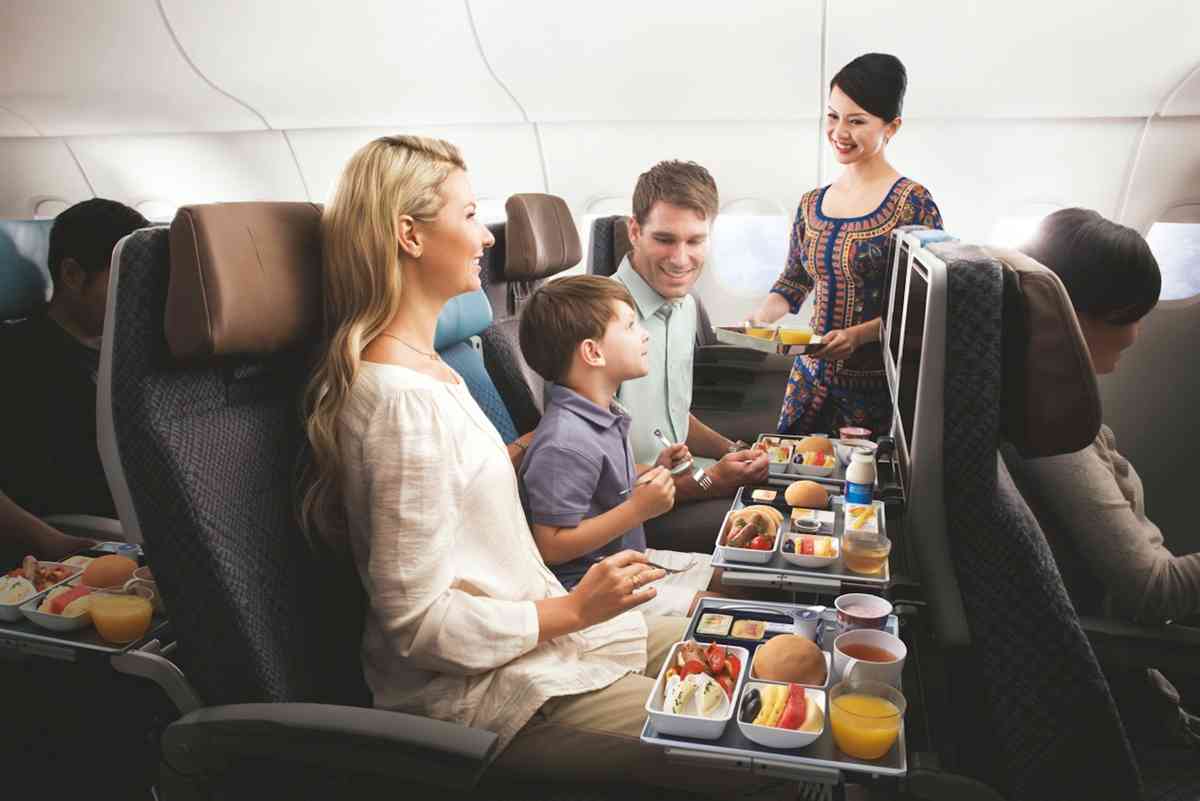 Long flights can sometimes be a challenge for families with young children. “The crew are well trained to support parents who are travelling with children,” says Hee. “In addition to the facilities, the crew are well-trained in helping out. Our crew will offer to soothe the child while the parent takes a break on a long flight. That’s something that we think comes from the heart.

"A lot of our crew actually do that not because they’re asked but because they sympathise and empathise with the families," says Hee. "We have entertainment pacts which help keep children stimulated along with kids meals and amenities for babies.” 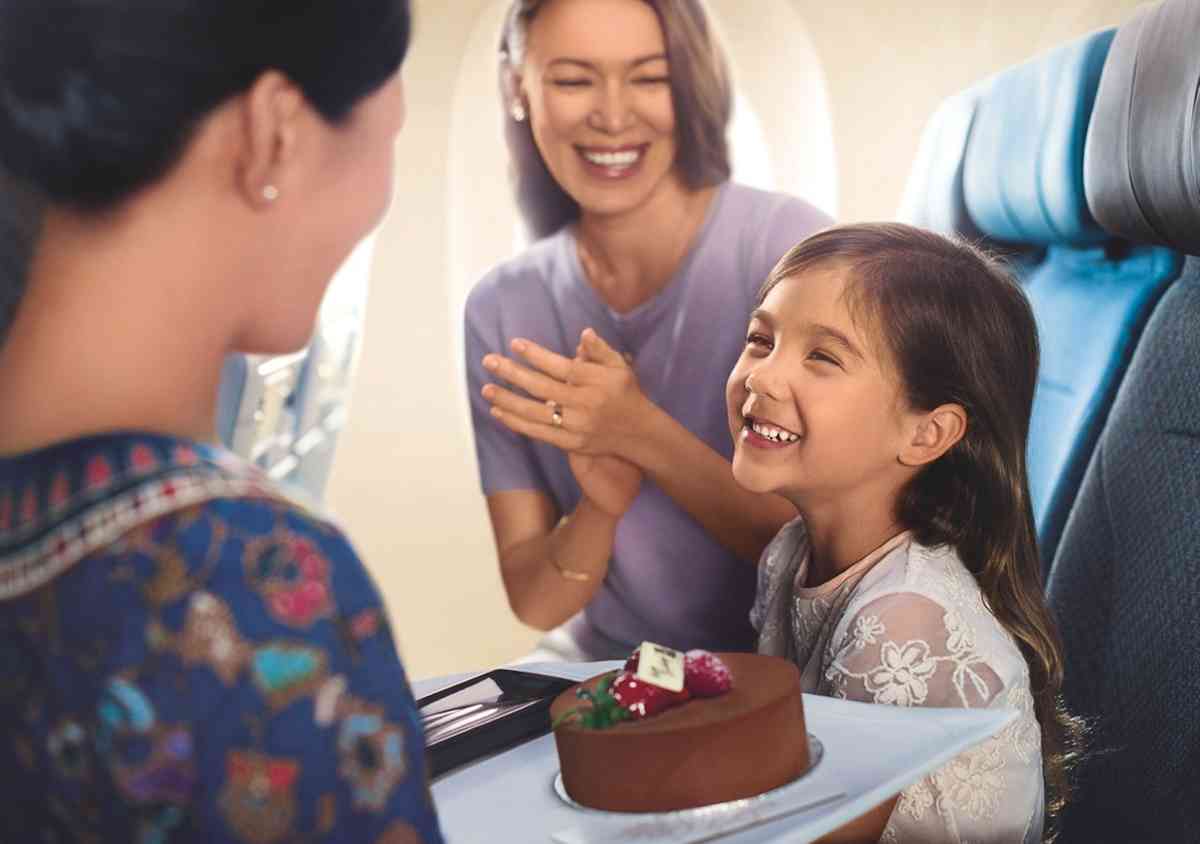 In 2017, Singapore Airlines is celebrating 50 years of flying from Singapore to Sydney, and 46 years of flying from London to Sydney. That’s a whole lot of time and experience to learn from. “This year is actually our 70th anniversary as well, in terms of when we were first founded, before we became Singapore Airlines,” Hee explains. “When we started as an airline, the thing we focussed on, our core belief, was that customer service is key and that customers want to be treated well.

“Travel itself can be a strain physically,” Hee continues. “Our role is to ensure customers actually enjoy their experience, rather than find it something they have to endure. Customer service remains one of the core values for us as we endeavour to provide a truly seamless on-board experience.”

"That philosophy may have changed with some other airlines. There are debates as to whether long-haul travel will go down a more basic, ‘no-frills’ path. That’s not something we believe in. We’re still very true to that core philosophy." Probably the best way to keep passengers happy, and keep winning the No 1 spot as Best Airline, is to give them choice. While you still get a relatively big comfy seat and a choice of meals in Economy Class, Premium Economy Class seats have a greater width of up to 19.5 inches, extra food and drink options and other privileges, such as unlimited Champagne.

In Business Class, the seats transform into fully flat beds, which helped the airline win ‘Best Business Class Seats’ award from Skytrax in 2016.

Passengers flying in First, Business and Premium Economy classes can also opt to pre-order their meal choice via the separate Book the Cook menus, which offer local and international delicacies. “Book the Cook is something that’s gone down very well with our passengers,” says Hee.

“Apart from food and drink, and obviously the space, the other aspect is that you have a much higher level of service in those higher classes, a higher level of attentiveness from our crew onboard.”

There’s plenty to see, eat, drink and experience in Sydney and New South Wales to fill several trips. For anyone wanting to see more of the country, Singapore Airlines also links up with other cities and destinations, via their partner Virgin Australia.

“There’s a fairly extensive connection that we have with Virgin Australia, covering most of the interior points,” says Hee. In fact, it’s possible to connect up more than 40 destinations across Australia, with travellers’ luggage checked through all the way from the UK.

7 extraordinary things to do in Changi Airport