New South Wales has some of the best long-distance drives in Australia, with epic coastal scenery, magnificent mountains, and art and culture to soak up en route. James Ottery chooses three of of his favourites 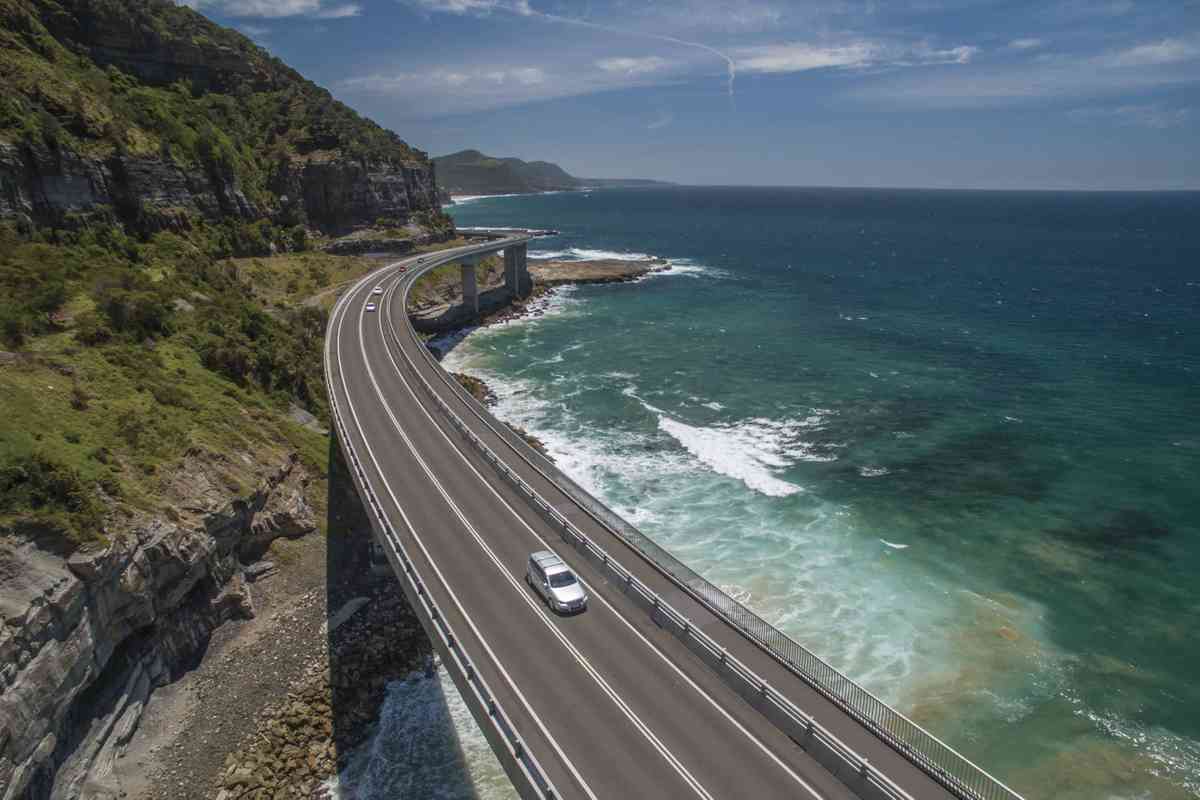 A 140-kilometre spectacular scenic coastal drive, The Grand Pacific Drive starts out from the Royal National Park, less than an hour south of Sydney's CBD, and stretches around the country’s southeast coastline, taking road trippers through rainforests, across the iconic Sea Cliff Bridge and onwards to experience the myriad riches of southern New South Wales.

The road hugs the shoreline for much of its length, serving up generous helpings of Pacific scenery and calling in at a string of charismatic towns and villages, including Kiama, Wollongong, Shellharbour and the Shoalhaven.

Leaving Sydney, the road heads south with Royal National Park on one side of the road and Heathcote National Park on the other. Take a short diversion to cross the famous Sea Cliff Bridge, a spectacular cantilevered structure stretching for 455 metres. Then, stop in lively Wollongong for a coffee, before reaching the pretty town of Nowra.

Continuing south, be sure to stop off at gorgeous Jervis Bay, which gives the chance to kayak alongside pods of dolphins and hike in the birdlife-rich Booderee National Park. Between here and the resort town of Batemans Bay, you’ll find numerous other reasons to park up, including an Aboriginal-themed heritage walk at Ulladulla and the dreamy beaches of South Durras.

Once in Batemans Bay, don’t miss the opportunity to sample the region’s fresh oysters. There’s marine life of an altogether grander kind further south, meanwhile, with Eden standing as one of the best whale-watching spots in Australia.

You could choose to return to Sydney via the Southern Highlands, or continue on to the border with Victoria, passing through the Eurobodalla region and taking plenty of time to explore the beaches and sparkling ocean views along NSW's Sapphire Coast. 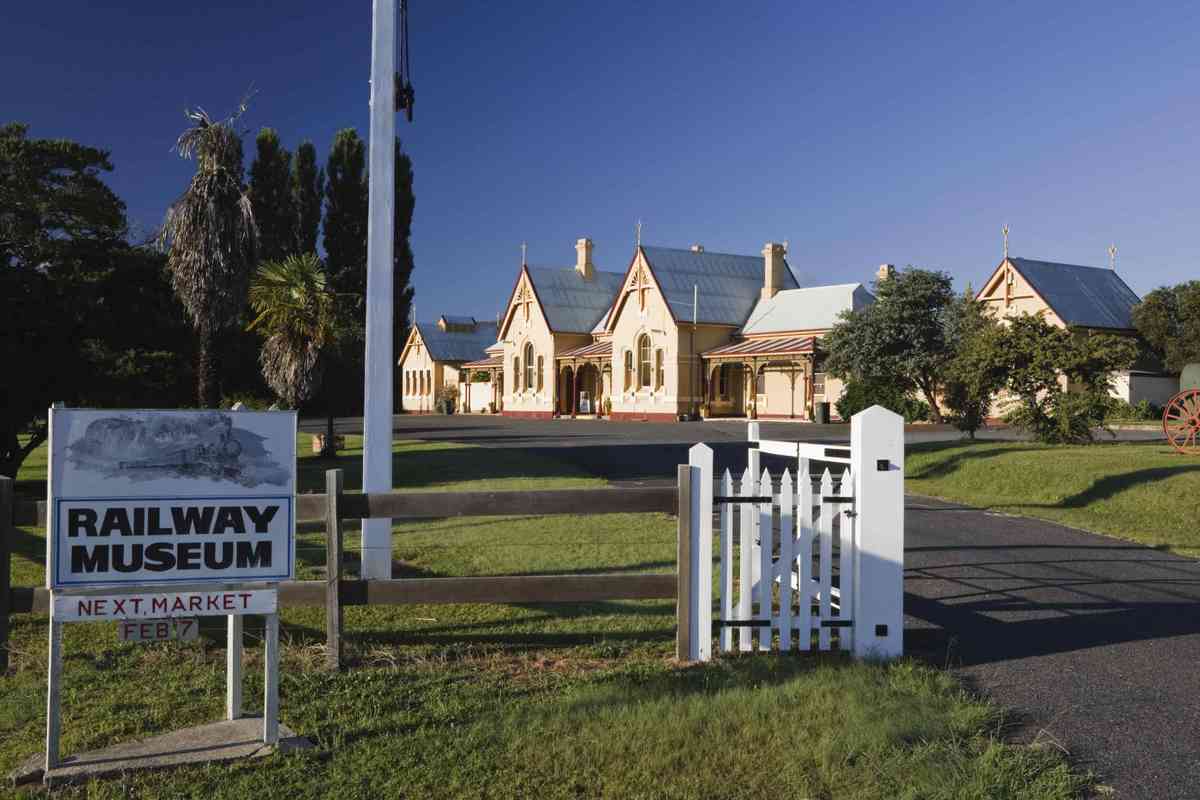 The best known New South Wales driving route is the so-called Legendary Pacific Coast, which runs from Sydney up to Byron Bay and takes in the stunning salty-aired vistas of the state’s northern coastline. Discerning road-trippers, however, will find just as much reward in the less-frequented New England Highway, which leaves the Pacific Highway at Newcastle and snakes inland, before heading north for several hundred miles towards the state boundary.

One of the prime benefits of the route is the fact that it runs through the heart of the Hunter Valley wine region. Places you’ll pass through include Maitland, which was the first site of European settlement in the area and still has some fine heritage buildings, and the riverside town of Singleton, a great base if you’re looking to indulge in vineyard tours and cellar door tastings.

In the Upper Hunter Valley, you’ll reach Muswellbrook, famed for everything from its handmade cheeses to its olive groves, and the little town of Scone, renowned as the ‘Horse Capital of Australia’ thanks to its stud farms.

As the route continues to wind through the countryside, the next major point of interest is the country town of Tamworth, which balances a serene pastoral location with a reputation as the country’s country music hub. If you’re lucky enough to be passing through in late January, it hosts a colossal 10-day festival dedicated to all things country.

Moving onwards to the northern state border, the route still has further treats in store, including the Northern Tablelands settlement of Glen Innes and the history-rich town of Tenterfield. 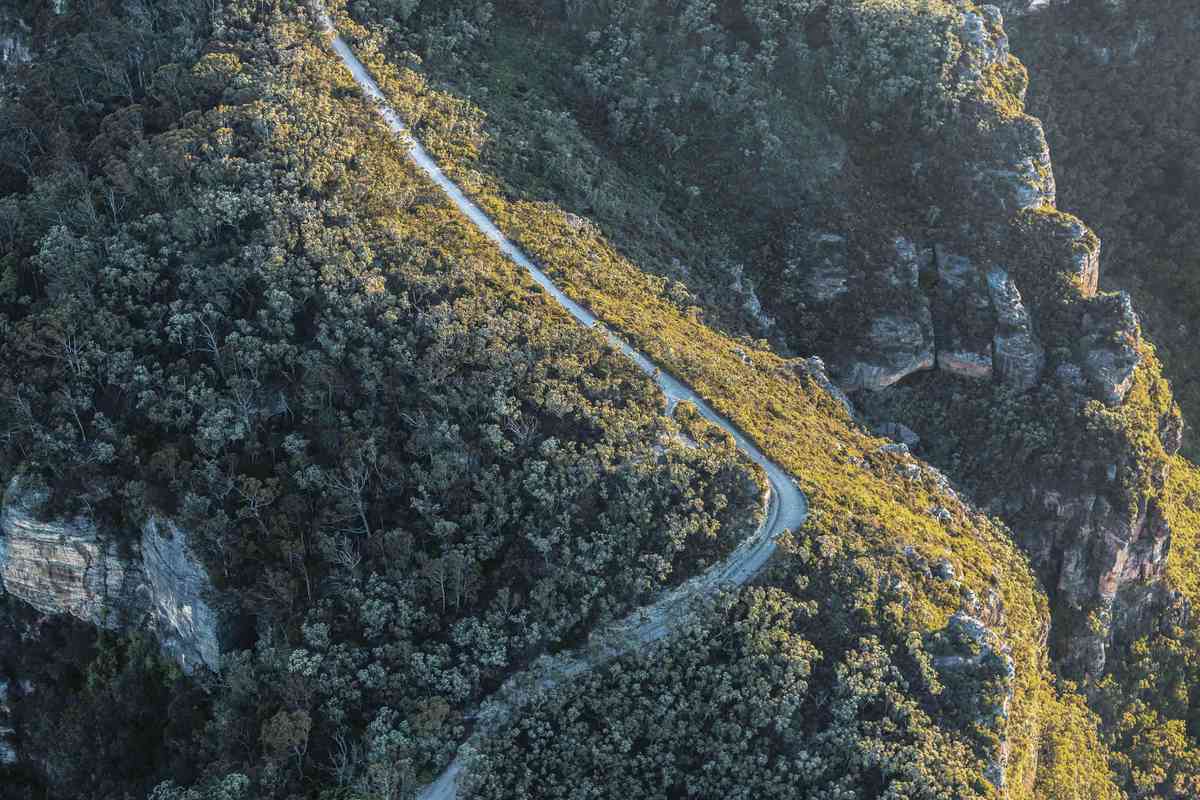 There are plenty of different ways in which travellers can experience the soaring, shaggy-forested glory of the Blue Mountains, but this vast 1,200-kilometre network of connecting roads is unquestionably one of the most rewarding.

The core loop covers not just the UNESCO-listed Blue Mountains themselves but the whole of the surrounding region. It also incorporates 18 Discovery Trails, which branch off the main route, using backroads to lead you to more out-of-the-way scenic spots.

The sheer scope of the drive means it can be undertaken in the manner of your choosing: on a day-trip that focuses on a single portion, a longer drive that takes in several areas or even a multi-week journey that encompasses the whole lot. Local advice suggests using the various towns along the route as 'stepping stones', basing yourself in one place for a few days to make the most of the surroundings, before moving on to the next town and repeating the process.

Among the 18 Discovery Trails are some hugely enticing options. The Blue Mountains Drive is a 36-kilometre route that clings to the clifftops and leads past some magnificent look-outs, while further north is the Goulburn River Loop, a 171-kilometre circuit taking in escarpments, sandstone bushland and lush riverside scenery. Close by is another highlight, the 127-kilometre Mudgee & The Tablelands Way, which threads past lakes and woodland and gives the option of visiting some excellent local wineries.

With these and 15 other Discovery Trails to choose from, the Greater Blue Mountains Drive warrants being given some serious time for exploration. Quite frankly, when exploring New South Wales, who wants to rush?