Experience mountains, waterfalls and ocean with these day-drives - all easily accessible and very driveable

This dramatic drive takes you straight through the mountainous heart of Kosciuszko National Park, snaking through high-altitude forest and serving up a series of peak-filled panoramas.

The road connects the town of Jindabyne in the east with Khancoban in the west, travelling through the Snowy Mountains and the resort of Thredbo as it winds and climbs close to the Victoria state border.

It was constructed in the 1950s, using the path of an old drovers’ stock route, and now provides a memorable opportunity to drive at your own speed through a UNESCO Biosphere Reserve.

In good traffic, you could make the journey south from Sydney to Wollongong in 90 minutes. But rushing the trip would be majorly missing the point.

The Grand Pacific Drive takes you along the coast, through rainforests and small townships such as Kiama and Shellharbour, and over the 455m-long spectacularly cantilevered Sea Cliff Bridge. The best approach is to take your time, stop off for a coffee or two and make the most of the scenery.

Not content with having the planet’s most photogenic harbour and a world-class spread of beaches, Sydney also lays claim to a soul-soaring mountain range 90 minutes from its outskirts.

The Blue Mountains (named for the azure haze given off by the eucalyptus trees that cover its slopes) are a magnificent place for bushwalking, of course, but they also have good road trip potential too. The Blue Mountains drive takes you on a cliff-top route that links together many of the area’s best lookouts and picnic spots.

Another driving route that should ideally be taken slowly, the Poacher’s Way focuses on the fertile regions southwest of Sydney, linking together art galleries, wineries, truffle farms, bakeries, guesthouses and the odd chocolate shop.

In short, it’s for those looking to indulge, granting the chance not just to meet some of the producers that live and work in the area but to sample their wares too. Close to the village of Murrumbateman, there’s even the opportunity to break the journey with a bit of horse-riding. The whole region sits around two and a half hours from Sydney. 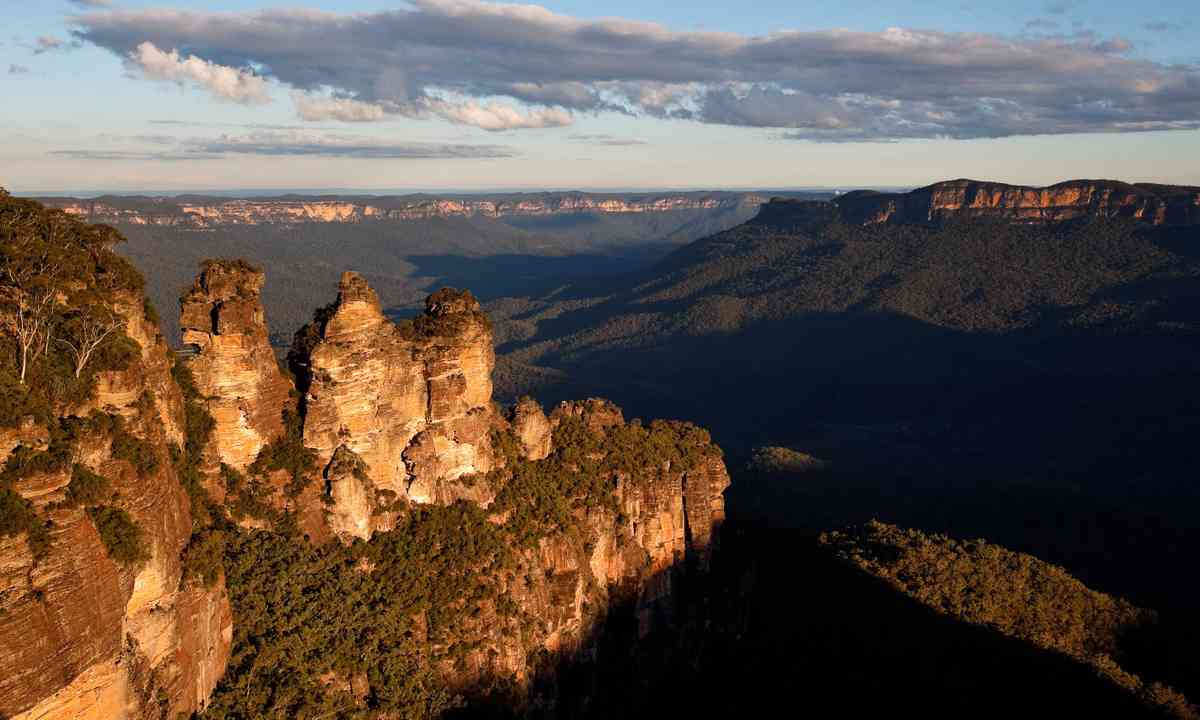 This scenic drive runs inland from coastal Coffs Harbour to the city of Armidale, in the northern tablelands. En route, it passes two national parks – Dorrigo and New England – and cuts through a number of river valleys.

As its name suggests, it provides plenty of opportunity to admire the region’s waterfalls. Two of the best are the tumbling waters of Ebor Falls and Dangar Falls, both of which are easily visited and have good viewing spots.

Length: Various, depending on route

Named after an award-winning non-fiction book that followed a couple’s attempts to spend a year eating food that had been grown or caught within 100 miles (160km) of their house, this driving route concentrates on the local-is-best philosophy of Orange, Mudgee, Cowra and Dubbo. The good news is that this quartet of country towns produces everything from cool-climate wines and fresh goats’ cheeses to berries, figs, olives, honey and craft beers. It won’t be much of a hardship to eat local here.