From its historic shipwrecks to inquisitive whale sharks, here are seven thrilling experiences you can have off St Helena’s shores…

St Helena’s rocky coastline was once the Achilles’ heel for many ships crossing the Atlantic Ocean – now its waters are better known for the myriad marine life they harbour. From its historic shipwrecks to inquisitive whale sharks, here are seven thrilling experiences you can have off St Helena’s shores… 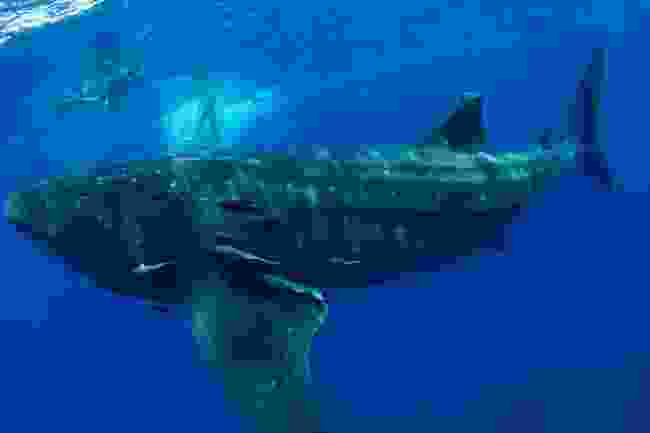 Despite St Helena’s waters being filled with whales, dolphins, turtles and shipwrecks, it’s arguably its whale sharks which generate the biggest buzz. These plankton-hungry giants visit St Helena between December and March every year and it’s the only known place in the world where equal numbers of both males and females arrive, presumably to mate. They come in healthy numbers, too, and over 30 different sharks have been spotted in a single day. A number of local tour operators run ethical whale shark safaris which give you the opportunity to swim alongside these majestic beasts yourself for up to a couple of hours – possibly the most unforgettable experience you can have in St Helena’s waters. 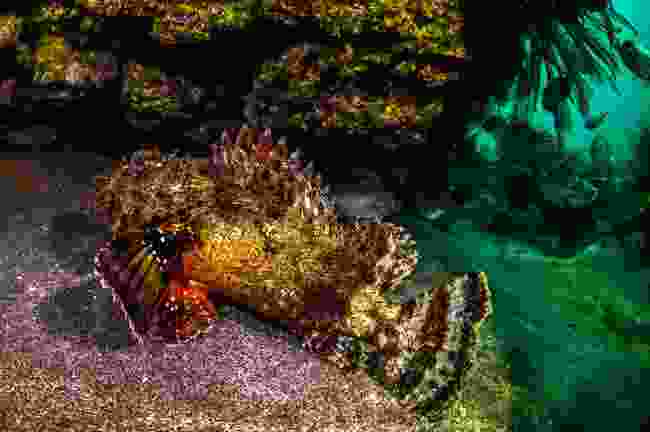 The less-heralded smaller fish of St Helena deserve to be shouted about, too, mainly because there are a handful you won’t spot anywhere else. There are 10 endemic species of fish only found in St Helena, so it’s important that while you’re scanning the waters for hawksbill turtles and devil rays, that you also try and glimpse the speckles of a deepwater jack, the amber-tinged tail of a Springer’s blenny or the silvery scales of the wonderfully named bastard fivefinger. A guided snorkelling or diving tour is essential for the expert knowledge you’ll receive when trying to spot these endemic and elusive fish. 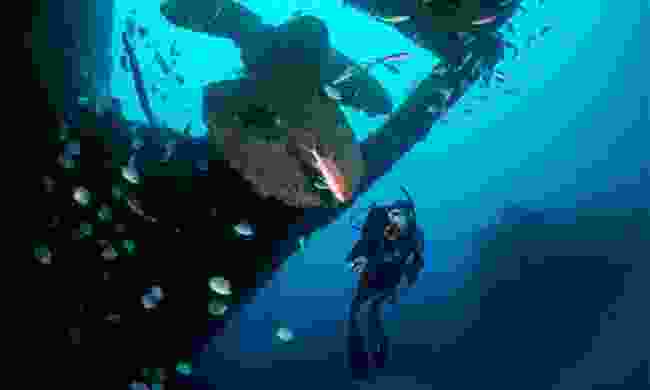 Unsurprisingly for a chunk of rock floating in the middle of the Atlantic Ocean, many vessels across the centuries have come a cropper on St Helena’s rocky reefs and rugged coastline. Many still rest on the ocean floor and today divers can explore eight of those fascinating shipwrecks, each one representing a different slice of St Helena’s history. Sunk in 1613, the Dutch East India Company vessel Witte Leeuw is the island’s oldest shipwreck and even though not much of it remains you’ll be following in the flippers of undersea explorer Jacques Cousteau, who became fascinated with it on several dives in the 1970s. Others include the Darkdale, a tanker torpedoed by a German U-boat during the Second World War and Spangereid, a coal ship which succumbed to fire. Other wrecks weren’t an accident, sunk deliberately to provide an artificial haven for rich aquatic life, including the Bedgellet, which was ironically summoned to salvage another sunken ship you can explore here, the Papanui. 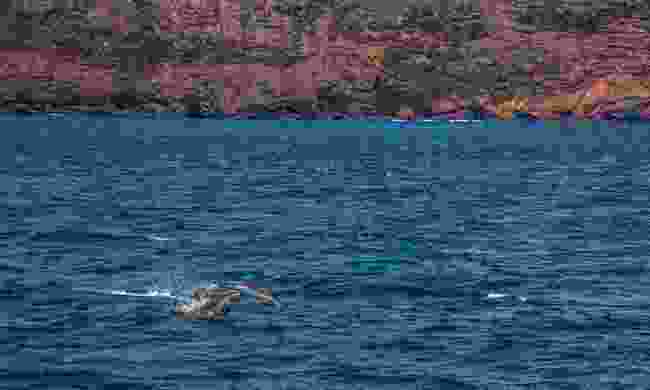 St Helena’s waters are well stocked with larger marine mammals, too. Regular boat tours departing from Jamestown give you nose-to-snout meetings with the island’s resident dolphins, who usually frequent the waters of James Bay and near Lemon Valley. You’ll have the chance to tick off three species, with frolicking pantropical spotted and bottlenose dolphins the most common, while rough-toothed dolphins are more elusive. You won’t just see a handful on your trip: we’re talking pods of (on average) 400, while it’s entirely feasible to spot pods of up to 800 dolphins on a good day. Visit St Helena between June and December and you’ll also have the chance to spot humpback whales, with sightings of mothers with their calves likely from July. Even though these gentle creatures are sensitive to noise, mindful tourism means that, as well as boat tours, you can even spot breaching humpbacks from Jamestown’s shore. 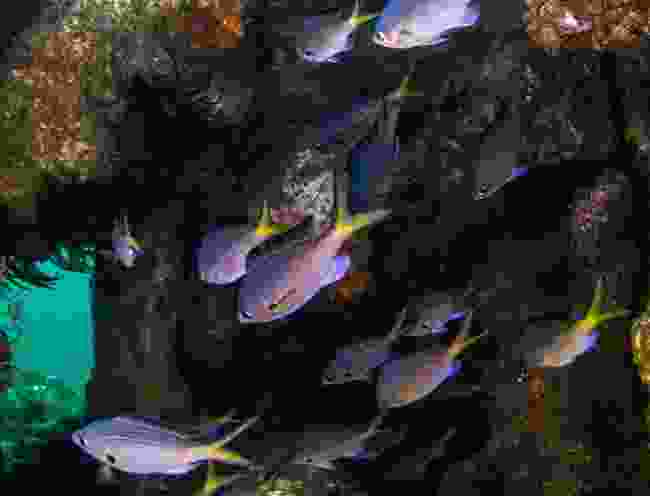 Beyond St Helena’s artificial reefs, there are plenty of natural nooks and crannies sprinkled around the island’s perimeter to explore. Off its north-western coast, Long Ledge is one of the finest examples, a cave boasting possibly the highest marine biodiversity in St Helena. The cave itself is lit up by rose lace coral and the endemic orange cup coral, while you’ll find yourself gliding past nudibranchs, razor fish and long legs crayfish. Take to its depths between January and June and you’ll be joined by green turtles and devil rays; dive after dark and you’ll spy slipper lobsters and octopuses. For alternatives, Dockyard is a cave filled with crayfish while moray eels love to hide in the little caves pocking Thompson’s Valley Island. 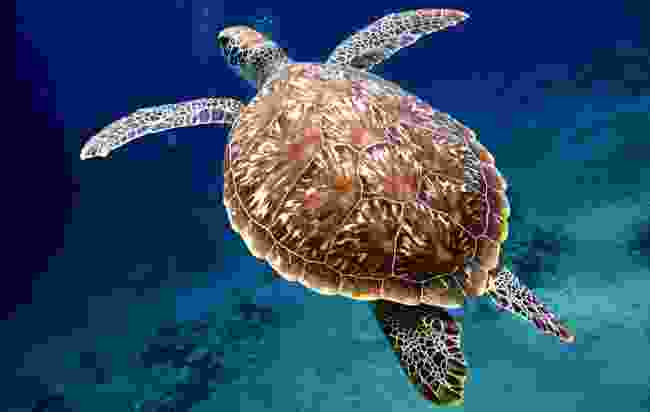 As well as epic diving, there is much to keep snorkellers captivated in St Helena, too. Grab your mask and flippers and paddle the snorkelling trails found off the coast of Jamestown and Lemon Valley. While these hotspots will bring you up close with a bounty of tropical fish such as hawkfish, wrasse and parrotfish, it’s the turtles – both green and hawksbill – that will draw an underwater gasp as you swim among the coral. They’re common along these trails so you’ve got a good chance of spotting them and it has even been reported that green turtles have attempted to nest on St Helena’s charcoal-black beaches in recent years, too.

7. Glimpse its wealth of seabirds 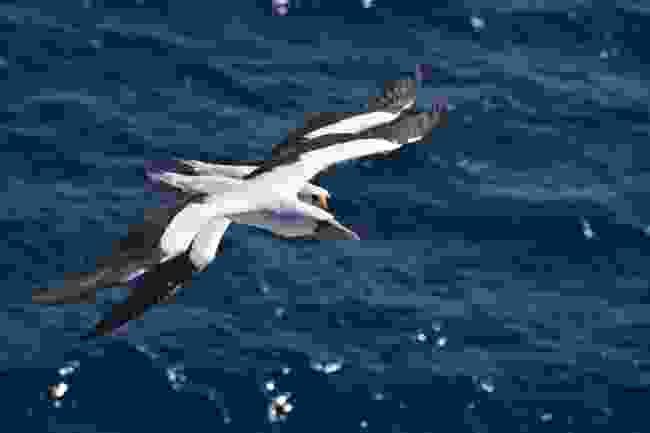 Keep an eye out for St Helena's seabirds (Shutterstock)

So, you obviously won’t spot any in the water, but St Helena’s shores provide one of the best vantage points for spotting its array of seabirds. Boat tours whose headlining acts are the island’s large population of dolphins also double as vessels for spotting the seabirds which nest on its steep cliffs, offshore islets or sea stacks, as well as offering a front-row seat to witness them diving into the brilliant blue ocean to catch their lunch. There are eight species to scour the skies for, including red-billed tropicbirds, masked boobies, fairy terns and Madeiran storm-petrels, the latter being St Helena’s smallest seabird.