Our 10 favourite walks on the island of St Helena

The sheer variety in Sat Helena’s landscapes – from rugged mountains to countryside and nearly everything in between – makes hiking the best way to explore this wild isle. Here's our top ten...

The sheer variety in St Helena’s landscapes – from rugged mountains to rolling countryside and nearly everything else in-between – makes hiking (namely the island’s roster of 21 Post Box Walks) the best way to explore this wild isle. Here are 10 of our favourite walks to tread in St Helena… 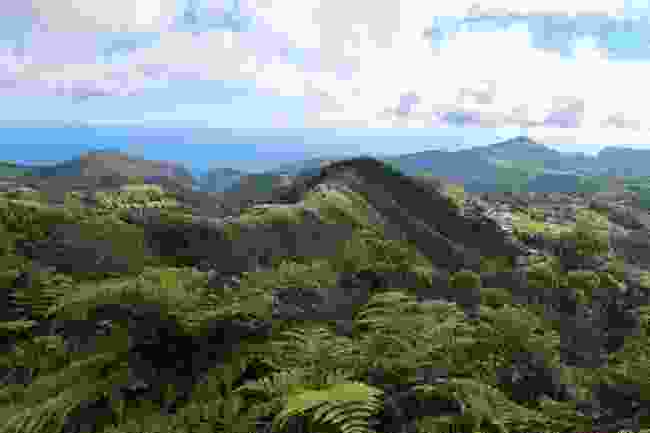 For the ultimate view of St Helena, look no further than its highest mountain, Diana’s Peak (823m). Though it’s the island’s loftiest peak and the route is steep, it’s not too physically taxing, leaving you to concentrate on soaking up the 60-plus endemic species of fauna you’ll pass as you make your way through the cloud forest on the way up. You’ll also spot a huge variety of invertebrates along the way (120 species of which you can’t spot anywhere else on the planet) and you’ll be able to spot spiky yellow woodlice, rainbow bugs and pink blushing snails if you study the branches of the black cabbage trees carefully enough. You won’t just top Diana’s Peak on this walk as it’s actually one of a triumvirate of mountains part of the same range, with Mount Actaeon and Cuckold’s Point (both characterised by the lonely Norfolk pine at their summit) the other two. All three grant comprehensive island-wide panoramas. 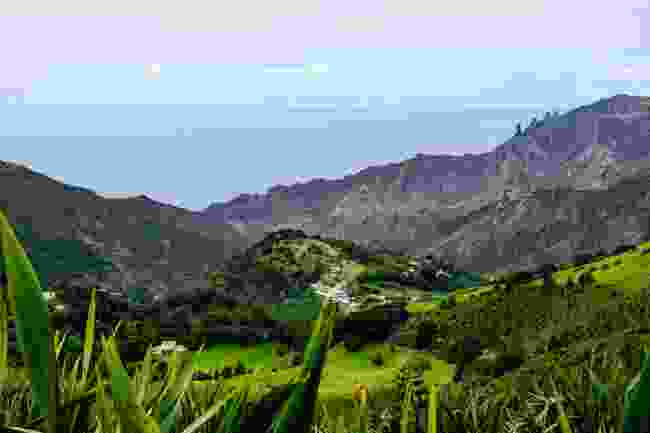 Lot’s Wife’s Ponds is one of the most popular walks on St Helena and for good reason: it encapsulates the best of the island’s natural wonders. It begins on the exposed rocky coast of Sandy Bay, before weaving up past the parasitic volcanoes of Lot and his wife (which give the trail its name) and over a dramatic ridge striped with layers of multi-coloured rock – a striking example of its rich geological history. Keep your eyes peeled for the lime-green babies’ toes succulents and ground-nesting masked boobies as you traverse the outcrops, zig-zagging downhill to the group of sheltered seawater ponds, accessed by a knotted rope over a vertical cliff face. Make sure you’ve packed your swimming gear as you’ll want to take a dip in the ponds, where you’ll be joined by sally lightfoot crabs, starfish and clouds of colourful fish. 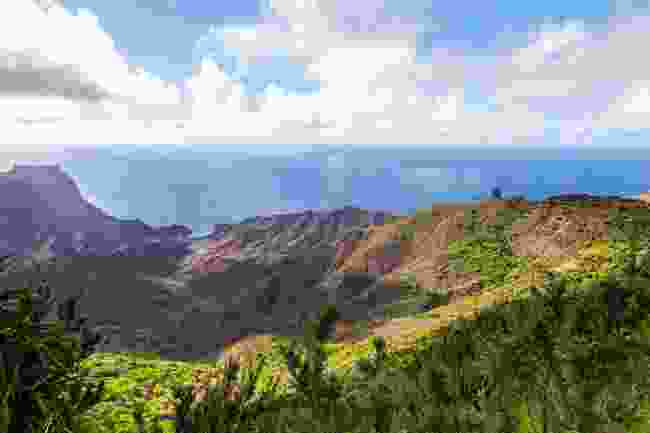 If you were about to walk in an area known as the ‘Gates of Chaos’, you’d likely approach it ominously. But menacing this walk is not; in fact, as St Helena goes, it’s one of the flattest routes you’ll find on the island. And weighing up the amount of energy you’ll exert to the quality of views you’ll receive, it has a valid claim to be best for value out of all the Post Box Walks. You’ll pass multi-coloured soils exposed by erosion and conservation areas aimed at nurturing endemic fauna like rosemary and scrubwood before reaching Blue Point peak (600m). The spectacle is spine-tingling, with rocky mountains seemingly rising out of the ocean either side of this coastal promontory, as well as smaller islets such as Sperry Island and Castle Rock. 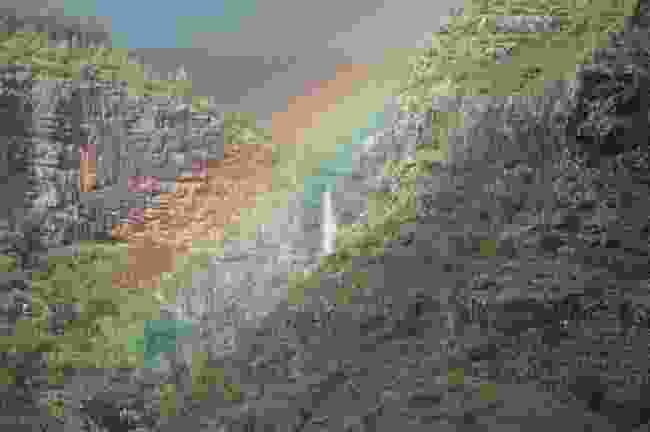 One of the seven wonders of St Helena, there are few landmarks on the island more iconic than the Heart-shaped Waterfall. It can be reached by its namesake Post Box Walk, ideal for casual hikers as it’s short and the closest one to the capital, Jamestown. A short stroll through a leafy landscape (with some steps along the way) will bring you to Drummond’s Point, the best spot to see the 90m-high cascade seeping from the heart-shaped rock face. Make sure you time your visit right – the waterfall is often dry at the height of summer and is at its fullest when fed by St Helena’s winter rains (typically June to August). An extension to the walk affords you the chance to see this natural wonder from another angle, taking you right up to its rocky base. 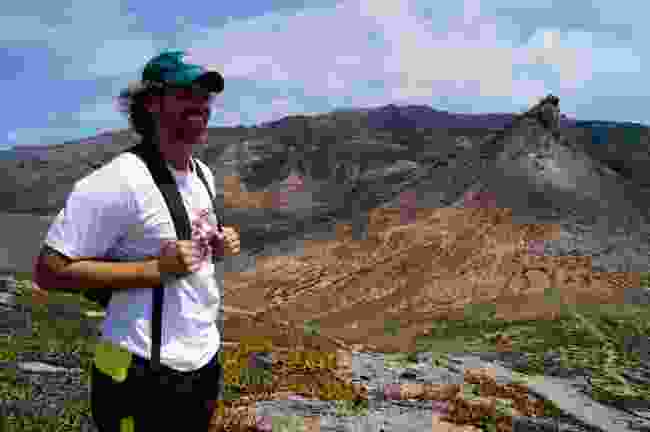 This Post Box Walk starts at one of the more curious landmarks of St Helena in Levelwood: the Bellstone, a boulder which, when struck, sounds like a bell and the ringer is said to be granted a wish. After you’ve submitted your wish it’s time to hit the trail, which winds through eucalyptus and acacia forests before skirting around the rocky Boxwood Hill. Then, you’ll start to climb past Little Stone Top and rise above the barren Sharks Valley to the summit of Great Stone Top itself, one of the highest sea cliffs in the South Atlantic. It’s not only a great position to admire the dramatic coastal views, but also to spot seabirds like the red-billed tropicbird. 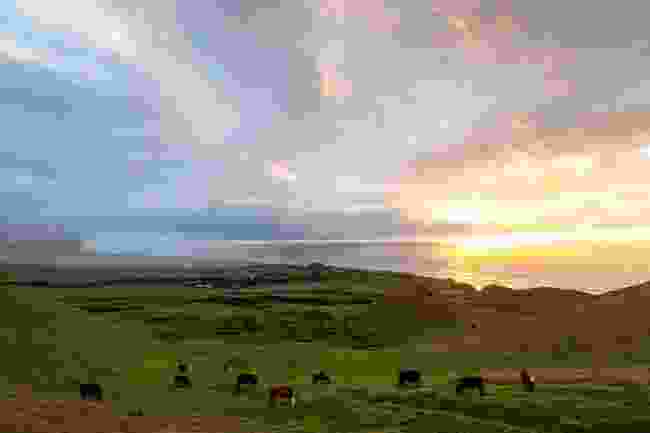 A walk that showcases elements of St Helena’s impressive nature, history and landscapes in one, Flagstaff is ideal for hikers of all abilities. Stroll through the verdant Deadwood Plain and the cattle grazing in its wildflower meadows, keeping an eagle eye out for the island’s endemic wirebird along the way. You’ll also pass the site of a former prisoner camp, which once housed 6,000 prisoners during the Boer War from 1900-1902, before gently rising up through thick scrubland and a small patch of forest. The trees will clear suddenly and you’ll realise you’re atop a cliff, a wild blue Atlantic panorama erupting in front of your eyes. Turn around and the emerald-coated landscapes you’ve just treaded will also be revealed in all their glory. 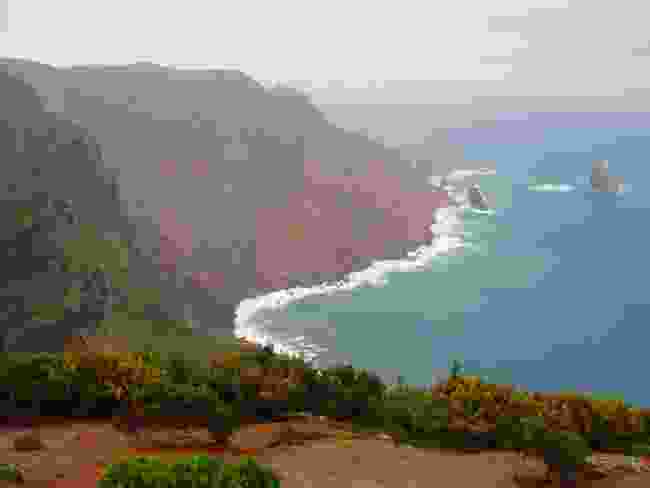 One of the longer Post Box Walks but one that’s mostly spent veining pleasant rolling pastures. The gentle terrain means you can focus on the multitude of fine views you can see along the way, including a lording look over the azure Manati Bay and the bare rock of Sperry Island. Some of St Helena’s endemic flora and fauna is also showcased along the way, including bilberry bushes, blue-flowered gobblegheer and the island’s unofficial national bird, the wirebird (also known as the St Helena plover). When you reach the postbox itself, you’ll be treated to a canvas of scorched earth painted in reds, ochres and hot pinks. 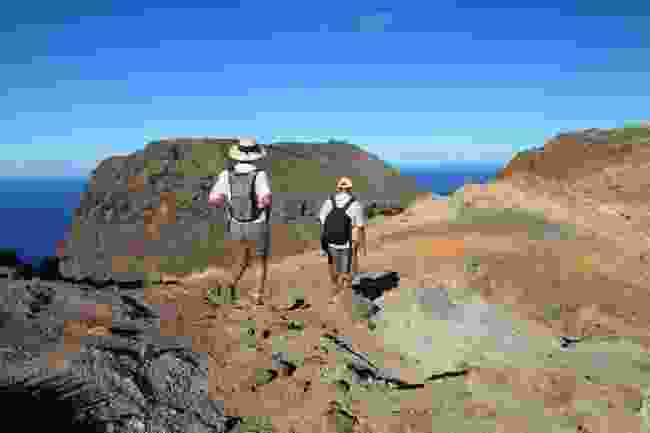 A route only to be undertaken by experienced hikers, but for those who dare will be rewarded with St Helena’s raw beauty at its best. It starts off gently enough as you tread through the grasslands of Deadwood Plain but then the track veers off to continue through a stark landscape of craggy valleys and desolate peaks. The precipitous trail skirts around the waist of the barren slopes before it rises to its thrilling finale, atop a gigantic volcanic bluff with clear views along the island’s craggy eastern coastline. On a clear day, you can see St Helena’s airport close to Rupert’s Valley. 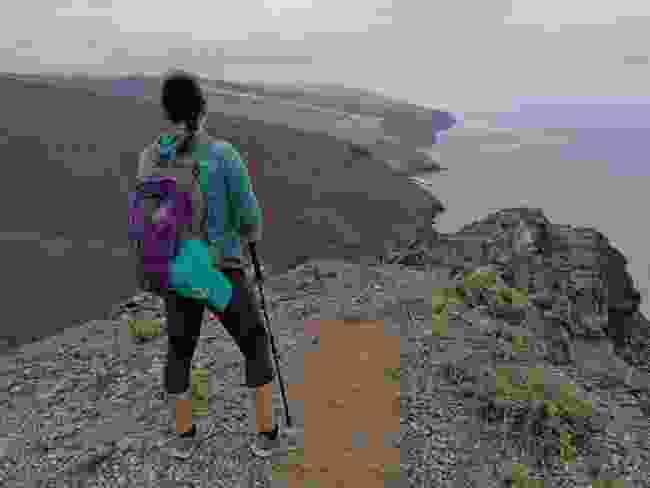 The longest of all of St Helena’s Post Box Walks, Sugar Loaf is named after the charcoal-coloured pyramidal peak where it culminates. There are two different approaches you can take, beginning at either Deadwood Plain or Rupert’s Valley. If you start at the former, you’ll trace the Flagstaff walk (above) to begin with, before winding down through gorse bushes and tracing the spines of rugged coastal ridges before summiting Sugar Loaf. If you choose to approach from Rupert’s Valley, coastal drama is also in abundance but you also get to encounter island history along the way, taking in Munden’s fortifications and Bank’s battery – both built by the East India Company to defend St Helena against invasion. You can do both approaches in one walk if you want to see both sides of Sugar Loaf – you’ll just need a taxi to take you back to your hire car at the start. 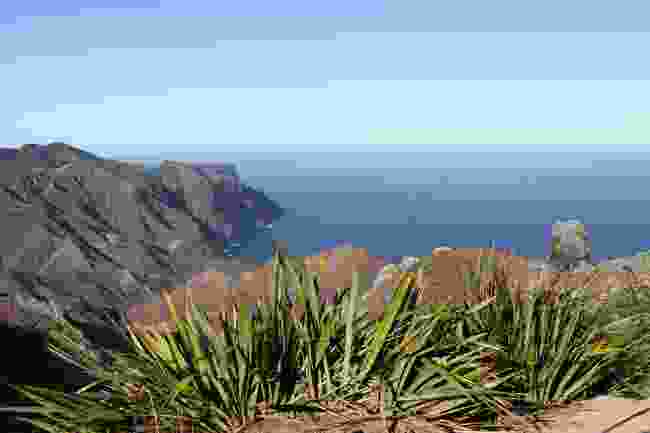 The challenging terrain you’ll encounter on this walk are matched – and surpassed – by the eye-popping scenery you’ll spy along the way. The undulating grassy hills and, in particular, the steep approach road will ache your thighs but reward your eyes with fine views of Sandy Bay and the rock formations of Lot and Lot’s Wife. Continue onwards to hike up to the top of the Sandy Bay Barn amphitheatre, its rocky layers painted in grey, rust, beige and terracotta hues. With an unblemished coastline panorama, you’ll agree it was entirely worth the effort; if you’re lucky you might even glimpse a breaching humpback whale in the glittering sea (June to December only).