Lace up your walking boots. These hiking routes in Italy's South Tyrol will lift you and your spirits high into the mountains. Here are just 6 of our favourite summer trails...

The 3 Zinnen Dolomites (translating as Three Peaks) is the northernmost region in Italy, and one of the country's best kept secrets. Hiking trails wind around the mountains of this UNESCO site slap-bang in the middle of the Dolomites. Add to the mix 300 days of sunshine a year, a perfect balance between Alpine and Mediterranean culture and landscapes, and a diverse and delicious array of food and wine, and you've probably found the perfect place for a walk. Here's just six of our favourite hikes... 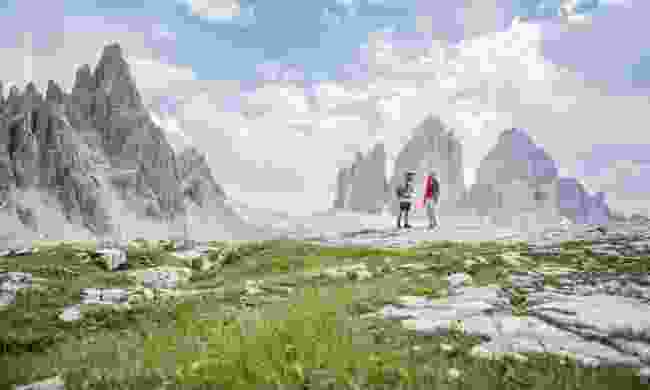 The 3 Zinnen Dolomites region is scattered with traditional huts which for years have been providing weary walkers with food and beds. This 13km hike links a trio of particularly charming huts.

Starting at the Berghotel, this is one of the most famous trails in the Sexten Dolomites, and will take you through the Fischlein Valley. The valley is undoubtedly a picturesque one, carpeted in a spinach-green which is only broken up by the ink-blue lakes that splash through it and the bald, jagged peaks that rise out from the valley.

The Talschlusshütte (or Rifugio Fondovalle) makes for the first checkpoint on the trail. At over 1,500m above sea level, you can see splendid views over wildflower meadows and spiky mountain tops on the horizon, a sight bound to get you excited for the rest of the day's hike. Next, you'll wind up a steep path, climbing nearly 1,000m to reach Zigmondy hut (also known as Rifugio Comici). But the tough climb will be worth it for the views. From Zigmondy hut, you'll be able to look out over the Elfer and Zwölfer peaks, so high they seem to be touching the sky, with even the clouds looking as if they struggle to float over them.

Next up is the Pian di Cengia hut. Perched precariously atop giant rocks, this shelter almost looks as though it has been built on the moon. And at over 2,500m, is the highest point on the walk, offering views out over Mount Paterno, which gains a glorious coppery-glow in the afternoon sun. Pian di Cengia hut makes a fine lunch stop. Sit outside, soak up the views and refuel on either an Austrian or Italian-inspired dish.

The final stretch is the descent, where you will wind down a steep track until you end up at the Drei Zinnen hut (also known as the Rigfugio Locatelli). Despite being one of the smallest hut in the area, it is arguably the best positioned. Sitting in the shadow of the crown-like peaks that gave the region its name, Drei Zinnen hut offers uninterrupted views of the iconic mountain. You will be able to stand right at its feet, and gaze up to truly get a sense of how tall the peaks are. 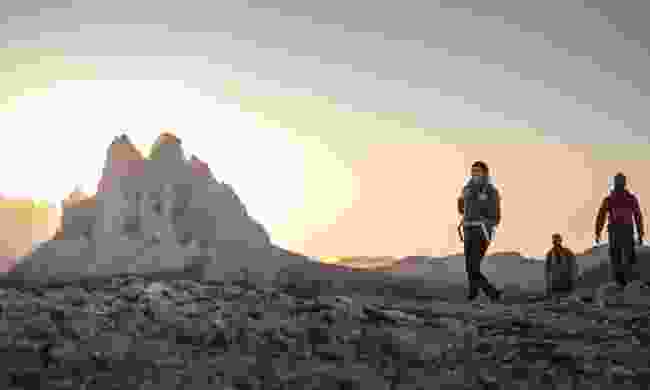 From the idyllic Prato Piazza pasture, you can reach two peaks: Monte Specie and Picco di Vallandro, great if you're after some literally breathtaking views. It's just one of the many reasons the pasture is so popular with hikers.

Your journey to the first port of call should start before the day has even begun. Hike to the nearby Monte Specie early enough and you will be rewarded with arguably the best sunrise in the whole of the region, where you can watch the sun come up from behind the Three Peaks.

But don't rush to the viewpoint. The hike there is just as enjoyable. With the Prato Piazza being slap-bang in the middle of the Nature Park Fanes-Senes-Braies, you will find wildflowers brightening the grass underfoot, unspoilt nature in every direction you look and no noise from traffic. The perfect recipe for a relaxing hike. 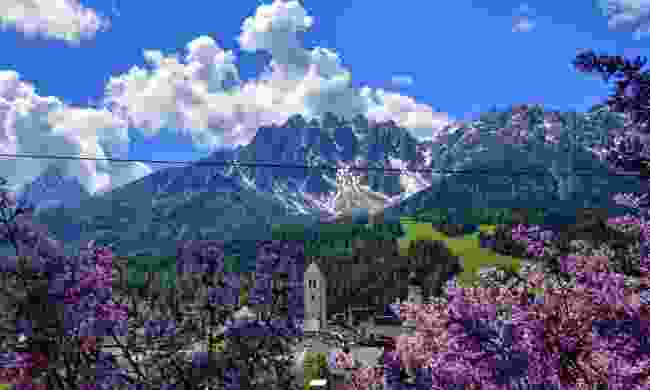 The picturesque town of Innichen (Shutterstock)

Another peaceful trail, this easy route in the Drei Zinnen Nature Park will lead you through shady forests and will drop you at the Rifugio Tre Scaperi hut. From here, you can gaze out at the Dolomites of Sexten that dominate the Valle di Dentro in which they stand.

Be sure to take a break from the trail to spend some time in San Candido town. Choose a chair outside a restaurant, sample the local food, soak up the lively atmosphere and watch the people bustle by. 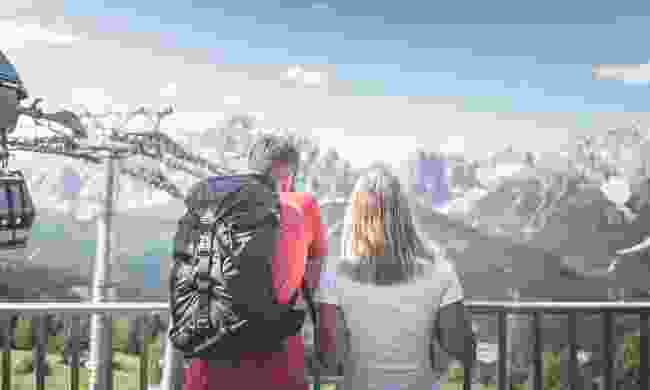 This pleasant trail, suitable for families with young walkers and buggies, gets off to a thrilling start. Take the new Three peaks cable car and gently float from Signaue all the way up to Stiergarten, watching the smaller mountains cloaked in green sprawl out beneath you as you're taken higher.

Eventually, you'll be dropped 2,092km above sea level at the mountain station, where you'll be greeted by views over the iconic Three Peaks.

Follow the wide and zig-zagging path through the pasture, looking out for the residents as you go. The donkeys and cows are likely to come and take a closer look at you. This challenging hike starts at the pristine Lago di Braies

This one is a challenging hike to say the least, but those who make the effort will reap some spectacular visual rewards at the summit.

The route starts on and follows the western shoreline of the Lago di Braies. This is where you'll catch your first glimpse of the peak that you'll later be standing on, reflected and rippling in the glass-like surface of the vast, pristine lake.

Leaving the lake below you, next you'll start the steep and rocky ascent up the ravine. From there, it only gets harder as you'll have to haul yourself up an almost vertical path, using wire ropes to help.

Eventually, you'll set foot on the summit. At over 2,800m high, you'll be able to walk around the top, enjoying 360 degree views of the entire Dolomites region, far below and blurring under your feet. You'll also be able to enjoy a bird's eye-view of the Lago di Braies, marvelling at how such a huge expanse of water can look so small from such a great height.

6. The Smuggler Trail on Monte Elmo 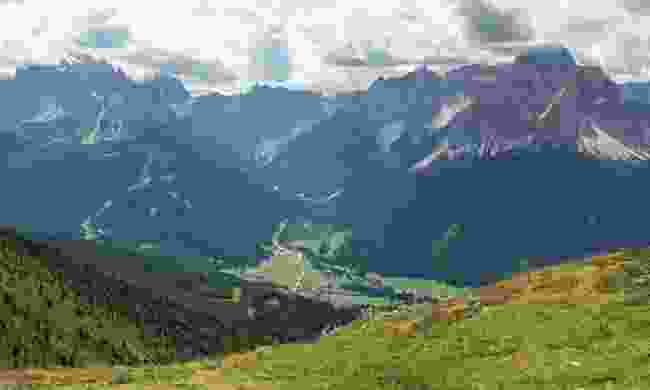 The view from Monte Elmo (Shutterstock)

This circular stroll starts at the Valley Station and takes you to the top of Mount Elmo and is perfect for those looking for a half-day trip.

It may be a short hike - taking just three hours and covering a mere 6km - but it doesn't fall short on scenic views.

The first path takes you through forests, coming out the other end to display views of the Central Alps in the north that you'll struggle to pull your eyes away from. You will then gently wind up to the top of Monte Elmo, from where you will be able to see all of the Dolomites stretching into the horizon in the south and the Grossglockner in the north.