You haven’t heard of it, but you need to visit. Whether you’re a hiker, cyclist, foodie or all three, Alta Badia – the cultural heart of Italy's South Tyrol – is the perfect summer destination…

Alta Badia is the cultural heart of South Tyrol, home to incredible nature, two UNESCO World Heritage sites and a surprising number of Michelin-starred restaurants. It's also home to the centuries-old culture of the Ladin people. Speaking their own language, and with a culture rooted in protecting their environment, the Ladin live in harmony with nature as they till the soil and graze their animals. Their viles, traditional settlements, are based on self-sufficiency, growing much of their own produce. Read on to discover five other reasons to visit this secret Italian valley… 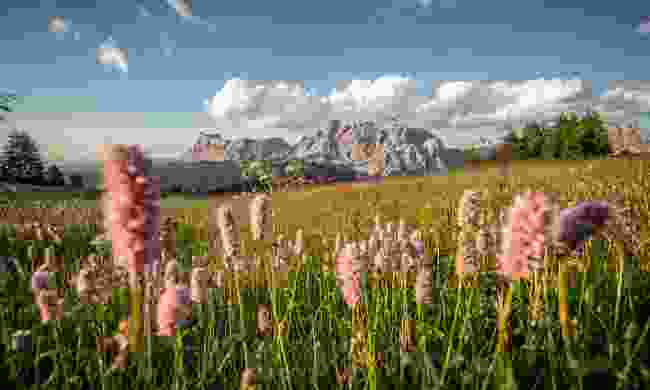 Marked by a beautiful white chapel and backed by the mighty stone face of the Dolomites, the tiny village of Badia, with Mt. La Crusc/Santa Croce, is the starting point for some of the best hikes in the Alta Badia region. Catch the chairlift up from Badia village centre, take in the breathtaking views and make your choice.

The easiest route is a gentle stroll to the Amentara Meadows, a lush alpine pasture, famous for its wild flowers and traditional rural dwellings. A more challenging route will lead you across the Sas dla Crusc range to the entrance of the Fanes-Senes-Braies Natural Park. At the foot of Piza dales Diesc you’ll find a snow cave formed when the snow melts in the early months of spring, creating a naturally beautiful scalloped ceiling.

Whichever hike you choose, the views are widescreen and cinematic. The sight of sure-footed chamois clambering along sheer rocky walls will take your breath away. But there is beauty in the details too. The alpine flowers here are delicate and intricate, and the playful antics of the adorable marmot squirrels are guaranteed to raise a smile. No matter the path you chose, remember to breath deeply. The air here is as pure as the views are beautiful. 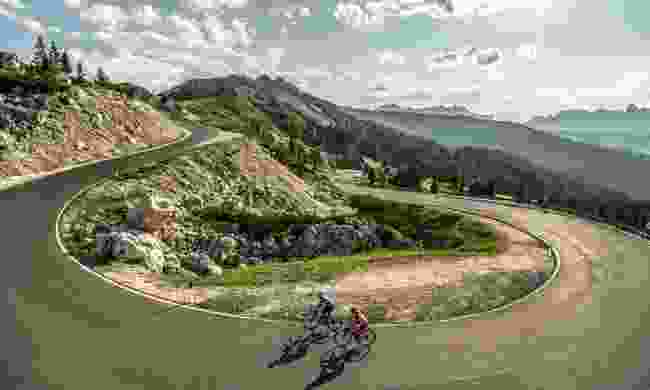 Riding through the iconic Dolomites is every cyclist’s dream. Not only is the scenery spectacular, many of the routes here have shaped the history of cycling. Each year new legends are forged in monumental road bike events like the Giro d’Italia and the Maratona dles Dolomites. For non-competitive bike events, the Dolomites Bike Day, on 16 June 2019, and the Sellaronda Bike Day, on 22 June 2019, are a great opportunity to cycle the mountains traffic free as the pass roads are closed to motor vehicles.

Every summer, cyclists of all abilities get the chance to follow the same routes as their heroes on special guided bike tours. The tours are offered at two different levels - ‘Tour’ for experts and ‘Hobby’ for intermediate cyclists. Both are by expert local guides and are tailored to take you to the most iconic places and passes of the Dolomite mountains. Whether you choose the Sellaronda tour, the tour to the Marmolada Glacier or the tour to the Giau Pass, you’ll ride through some of the most famous roads in Italian cycling history.

3. Dine with the Michelin stars 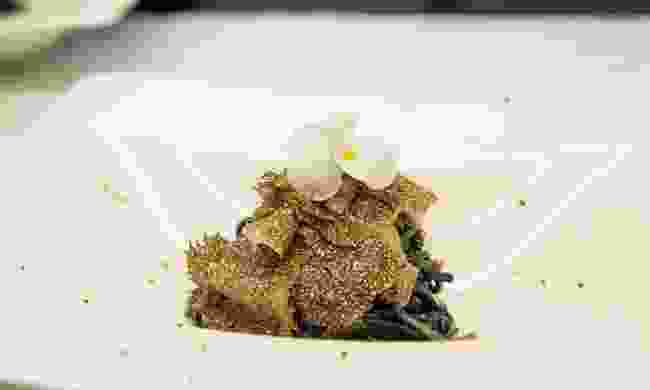 You don’t have to go far to enjoy a Michelin-starred meal in Alta Badia. Despite its largely rural setting – or maybe because of it – it is one of Italy’s top gastronomic destinations. Tucked away under the imposing peaks of the Dolomites, you’ll find 4 Michelin stars. All within an area of only 15 square kilometres. Restaurant St. Hubertus at Hotel Rosa Alpina in San Cassiano is one of only nine restaurants in Italy to earn three stars. Featuring a crackling open fireplace and a mere ten tables, Executive Chef, Norbert Niederkofler, has created a menu that changes with the seasons and features fresh produce sourced within the Alta Badia region. And local chef, Nicola Laera, called upon his intimate knowledge of the local Ladin food culture to earn a star for La Stüa de Michil at Hotel La Perla. You are never far from an award-wining meal in Alta Badia. 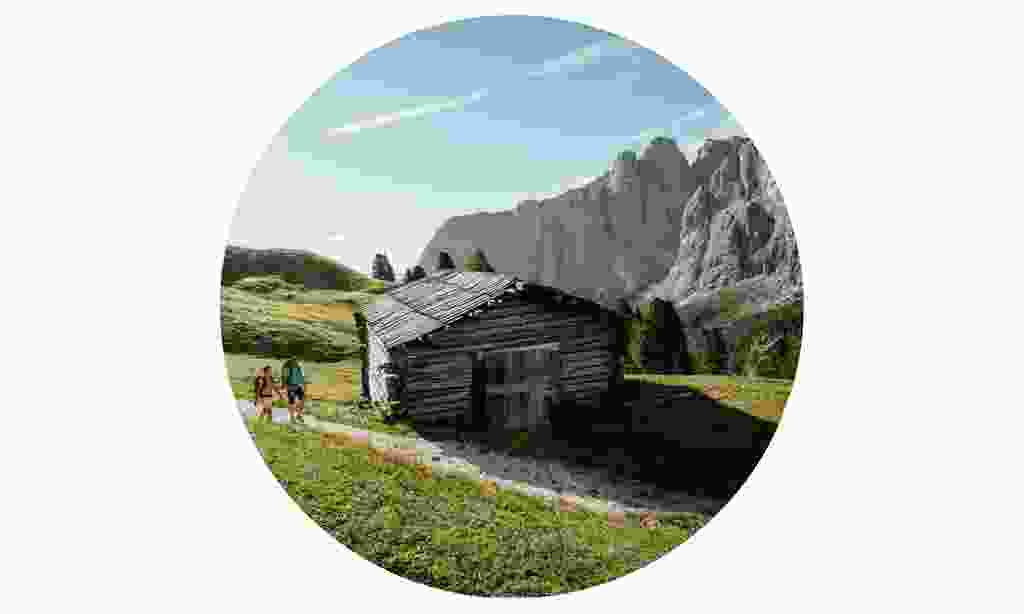 There are three languages spoken in South Tyrol; Italian (as it is part of Italy) German (as it was part of Austria until World War One) and Ladin (an old Rhaeto-Romance language spoken only in Alta Badia and Val Gardena). Each village and town therefore has three names. For example, La Villa (in Italian) is also known as La Ila in Ladin and Stern in German. This article references the Italian names. 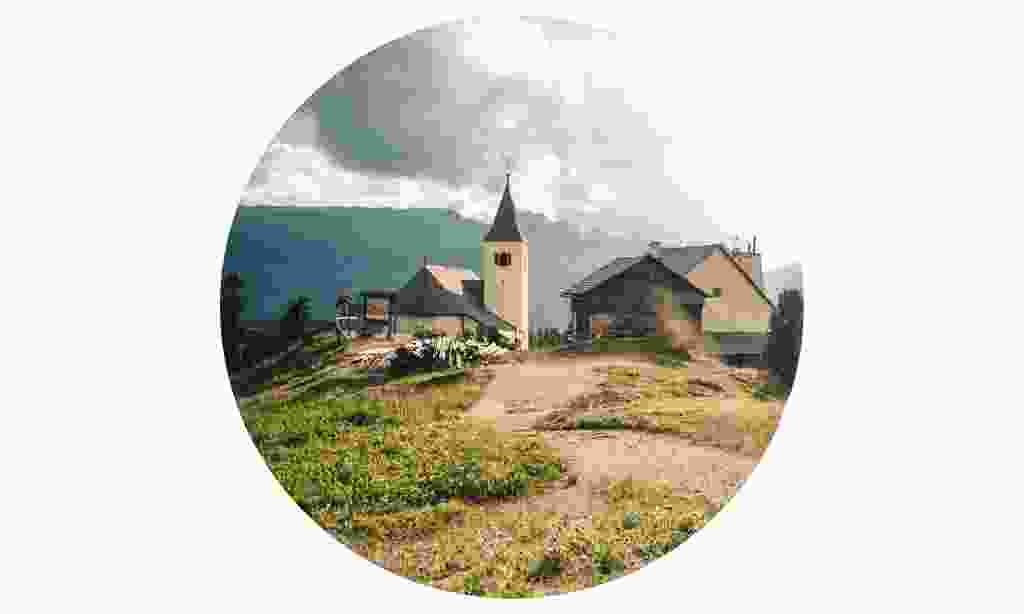 4. Enjoy aperitifs and the unforgettable alpenglow 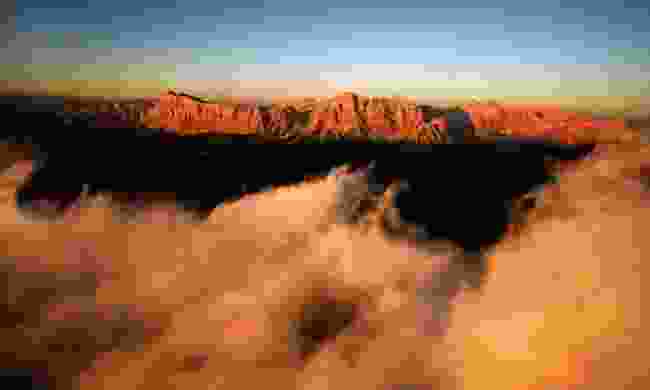 At the end of the day, watch the Dolomites turn a gorgeous glowing red colour (Freddy Planinschek)

Locals will tell you that nothing soothes the soul like a good Enrosadira or alpenglow, where, at the end of the day, the mighty Dolomites take on a reddish glow, capturing the last rays of the setting sun. One of the best places to witness it is the beautiful alpine pastures just upstream of Gherdenacia.

Every summer, the locals organise regular aperitifs here – a kind of sophisticated early evening picnic where local Ladin snacks are served, complimented by the best wines from South Tyrol. As the sun sets, casting its ethereal glow over these extraordinary cathedrals of rock, a sense of immense wellbeing is guaranteed, as well as an evening you will never forget.

5. Dinner under the stars 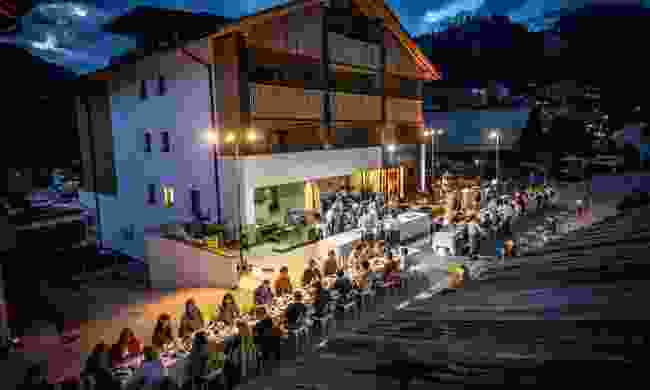 The annual 'Dining under the Stars' event (Cena Stelle Freddy)

This annual gastronomical event is fast becoming one of the most popular foodie experiences in Alta Badia. Every summer, a long, trestle table is set up in front of the steps of San Linert/San Leonardo, a picturesque church in the centre of the serene village of Badia, where guests are treated to a feast of regional delicacies.

The food is prepared by local chefs, using fresh local produce and following recipes passed down through generations. Each course is accompanied by local wines and a casual atmosphere that sees many diners become friends for life.

The highlight of the evening, of course, is the blanket of stars above. There is very little light pollution here, so the stars feel close enough to touch, a dazzling display of fairy lights to accompany an equally dazzling meal.