Think you know your UNESCO World Heritage sites? Think again. Here are five UNESCO sites in South-East Asia we bet you haven't heard of. How many have you ticked off?

South-East Asia is teeming with over 40 UNESCO World Heritage Sites. Whether they’ve gained recognition due to their historical significance or have earned a UNESCO badge simply because of their natural beauty, they are all very worthy of a visit – yet some seem to have snuck under the radar...

Here are five UNESCO sites that have remarkably escaped the tourist trap, as well as site we're sure you'll know but that took a surprisingly long time for UNESCO to notice it... 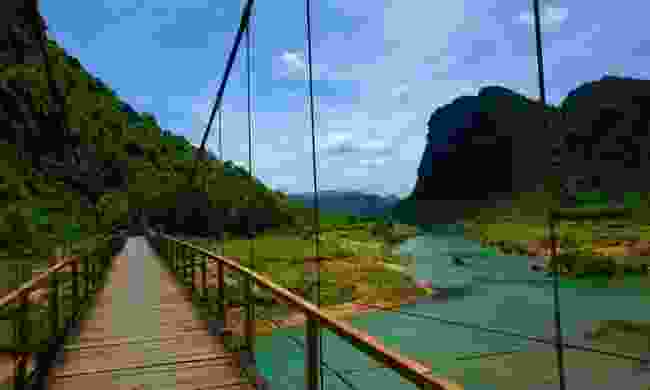 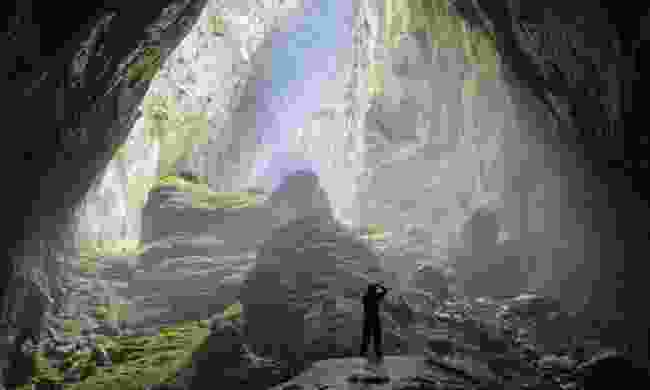 Vietnam is home to a number of famous UNESCO sites, including the well-travelled Hoi An, Ha Long Bay and My Son. But tucked away in the central region of Vietnam’s lush highlands lies Phong Nha Ke Bang National Park – a lesser-visited protected area that is by no means less spectacular.

From the moment you step foot inside this UNESCO site, you’ll feel like you’re in Jurassic Park. Bright turquoise and luminous green lakes stream in and out of hundreds of ancient caves like ribbons. Add to this the backdrop of the mossy, majestic karsts that were first formed around 400 million years ago – making them the oldest in all of Asia – and you have an image that will be imprinted on your mind for the rest of your life. 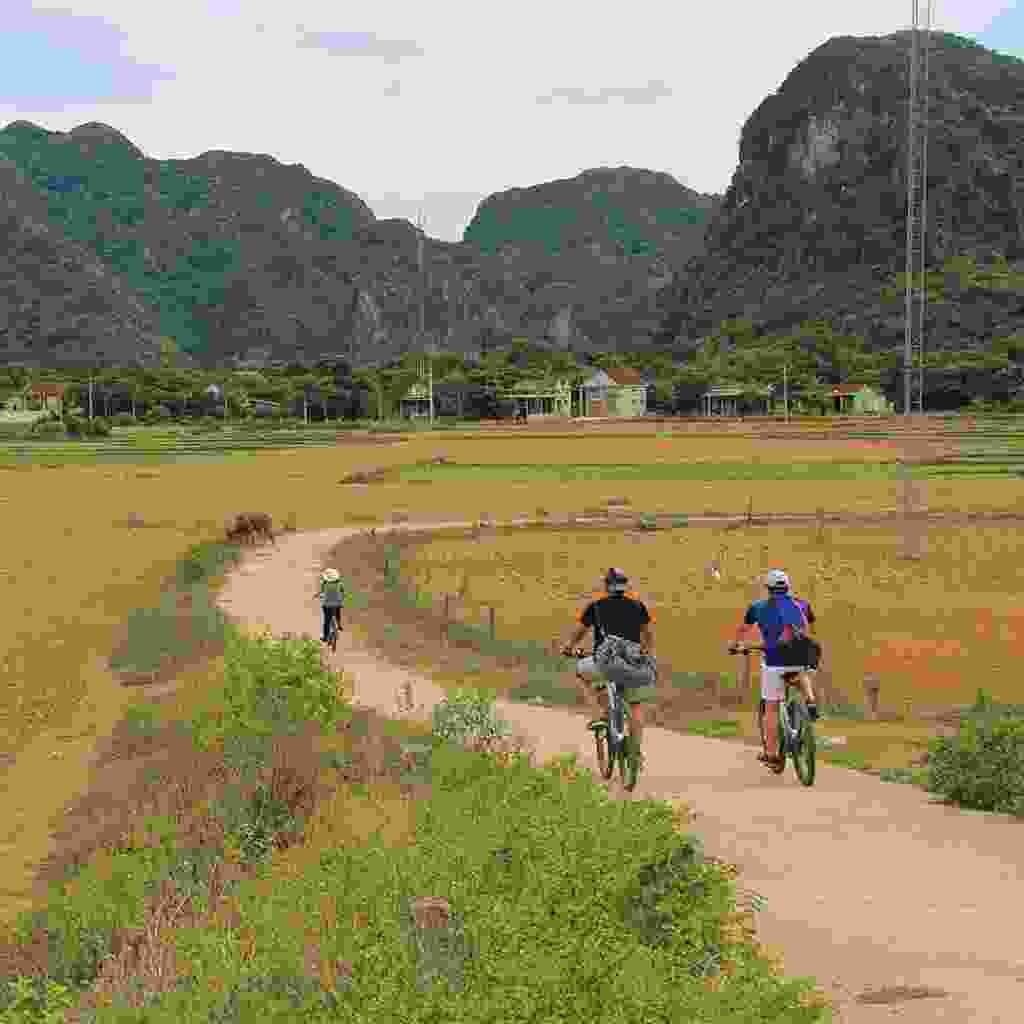 A Farmstay Retreat makes for the perfect base to explore the surrounding area. Float along the tranquil river, watch buffalo grazing in the fields, explore the many mysterious caves and discover beautiful botanical gardens. 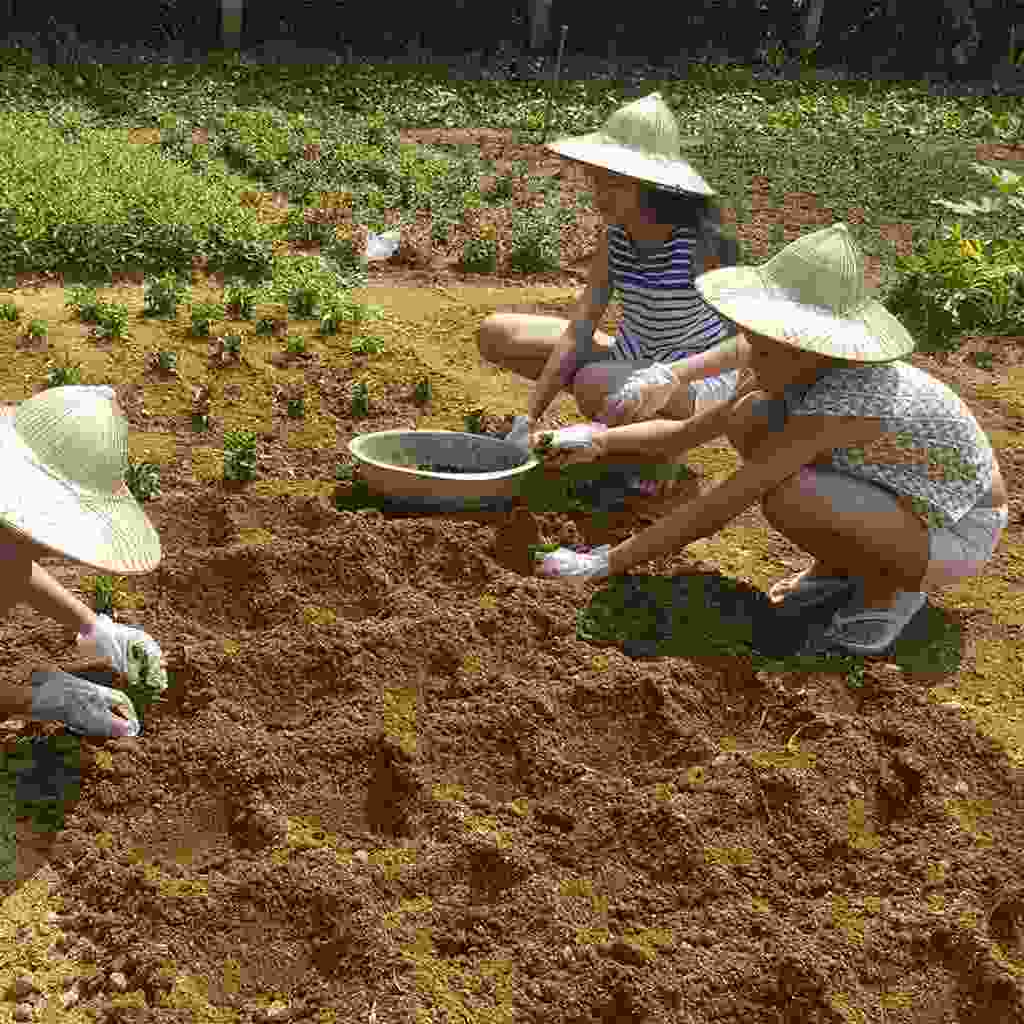 Bed down in a rural homestay (Rickshaw Travel) 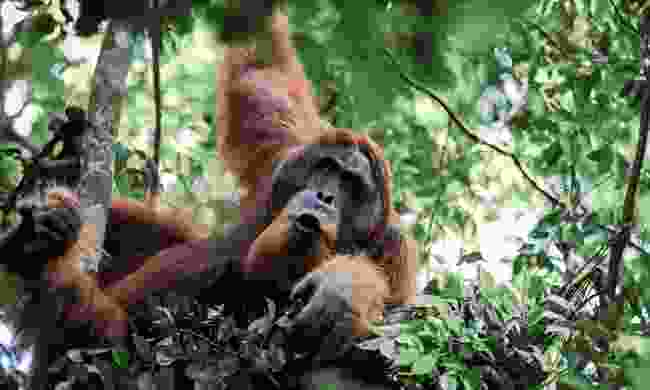 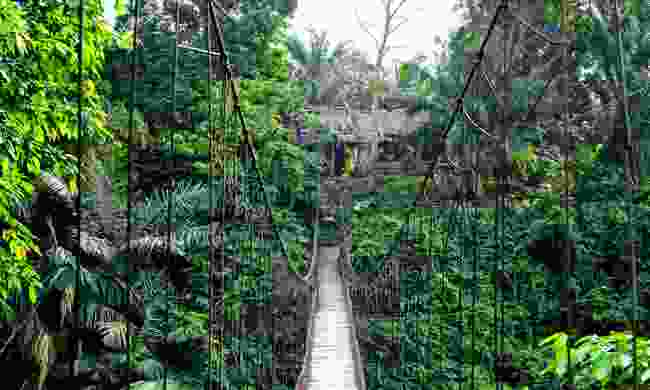 A green-hued river twists and turns under the shade of the rainforest. Gnarled, ancient trees shoot up further than the neck can crane. Bright red giant rafflesia flowers burst from the forest floor like in a fairytale. This untamed tangle of thick forest certainly deserves its UNESCO badge.

As stunning as the landscape is though, the real lure of Gunung Leuser National Park is its wildlife watching opportunities. This adventurous UNESCO site is filled with shouting monkeys and flittering, pastel-coloured birds. Keep an eye out for a fiery orange flash in the green-drenched canopy – Gunung Leuser National Park is one of the last places on earth where you can spot the critically endangered orangutan.

These aren’t the only streaks of orange you should be looking out for. Tigers also call this neck of the woods home, along with rhinoceroses and elephants. In fact, the only thing this pocket of jungle isn’t teeming with is tourists – most of whom flock to the nearby and wider-known Bukit Lawang, leaving you to enjoy the wildlife away from the masses. 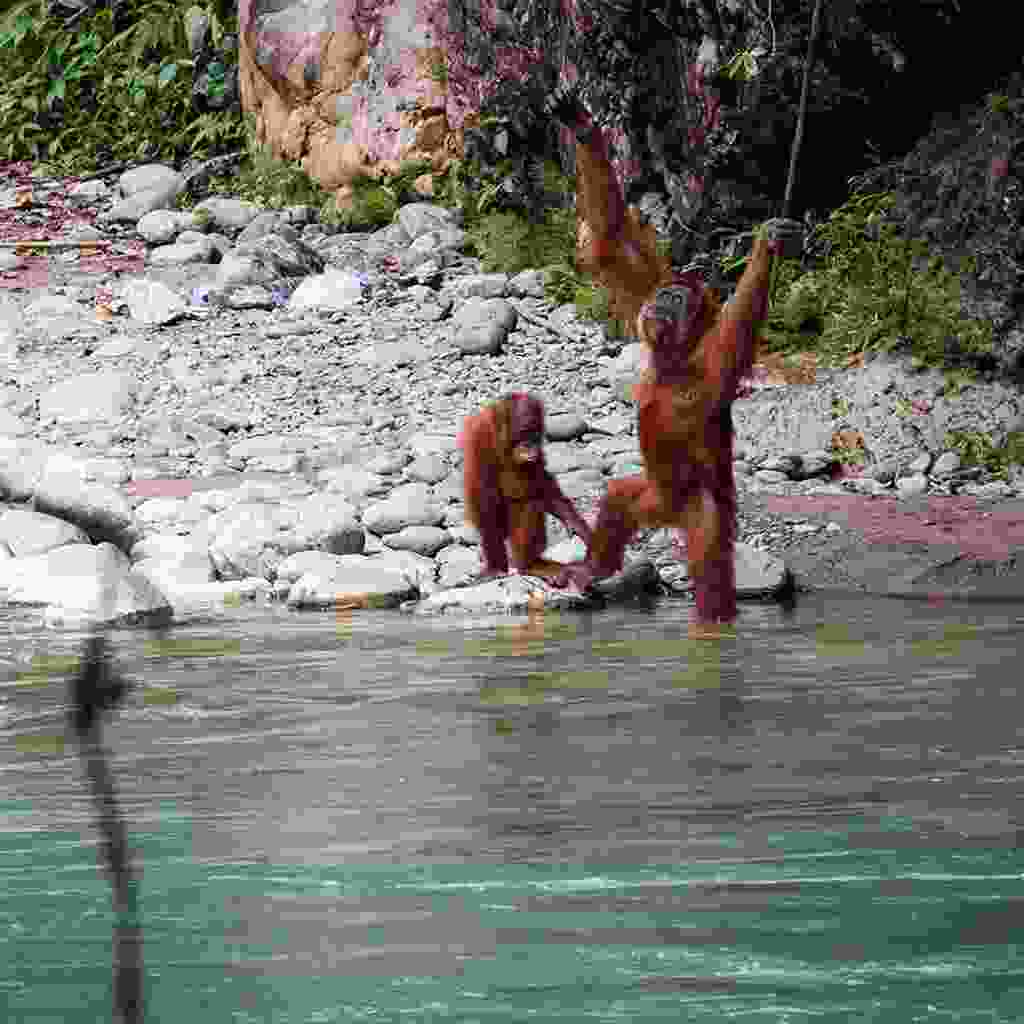 Make a rustic bungalow beside the Kualsa Buluh River your home during your visit. You’ll be surrounded by stunning rainforest scenery, with the calming rush of water as background noise, making you feel a million miles away from the modern world. 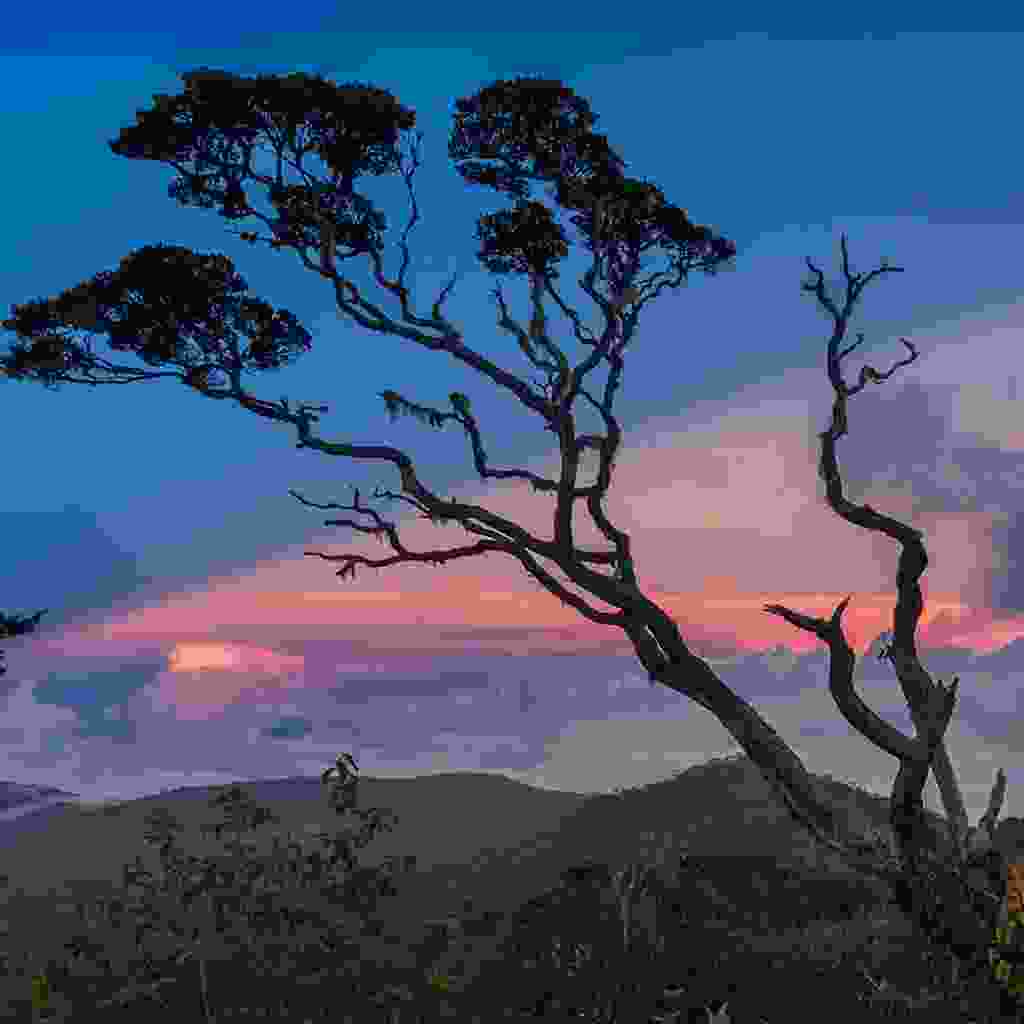 Fall asleep to the sound of the jungle (Shutterstock) 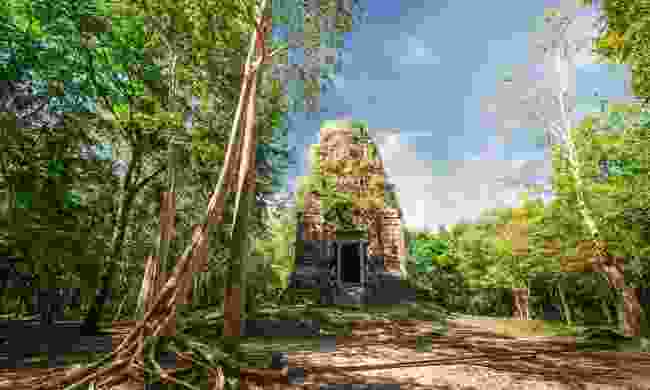 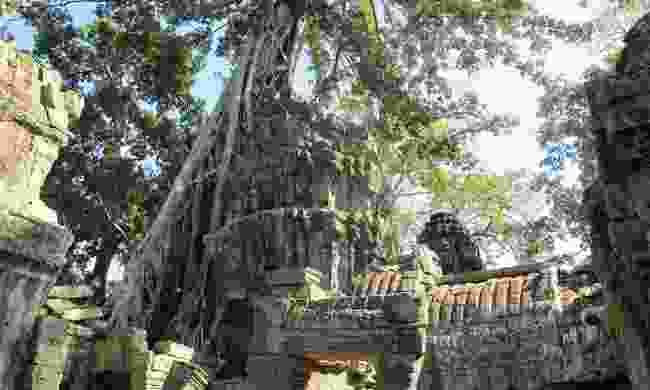 This overgrown complex is made up of over 100 sandstone temples scattered through the jungle. The name of the site literally translates to ‘the temple in the richness of the forest’. Indeed, the copper-coloured handiwork looks as much a part of the landscape as the trees themselves, with the temples seemingly acting like pillars, supporting the branches and greenery that wrap and grow around them.

But aesthetics aren’t everything, and it’s important to appreciate the historic significance of this site too. Identified as Ishanapura, the capital of the Chenla empire, it is thought these incredible structures have been standing strong here since the 6th century. Everything from the enormous shapes of the temples to the tiny details etched into them went on to inspire other sites that sprung up across the region during the Khmer and Angkor period. Take time study the stonework, tracing the stories sculpted into the ancient architecture as you feel history come to life around you. 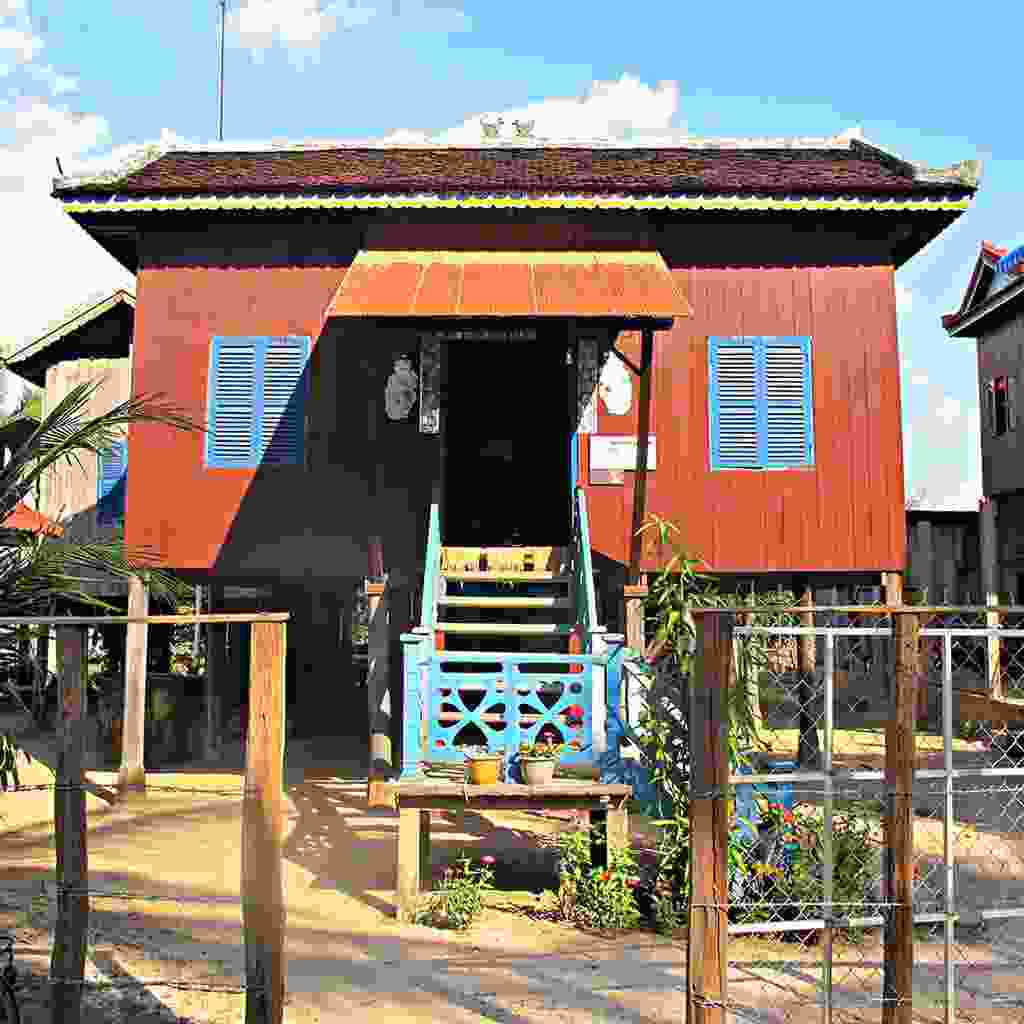 For a taste of rural village life, bed down in a homestay in the nearby Kampong Thom. Learn about the lives of the people that live here and explore the faded grandeur of this ancient temple complex by bike with a local guide. 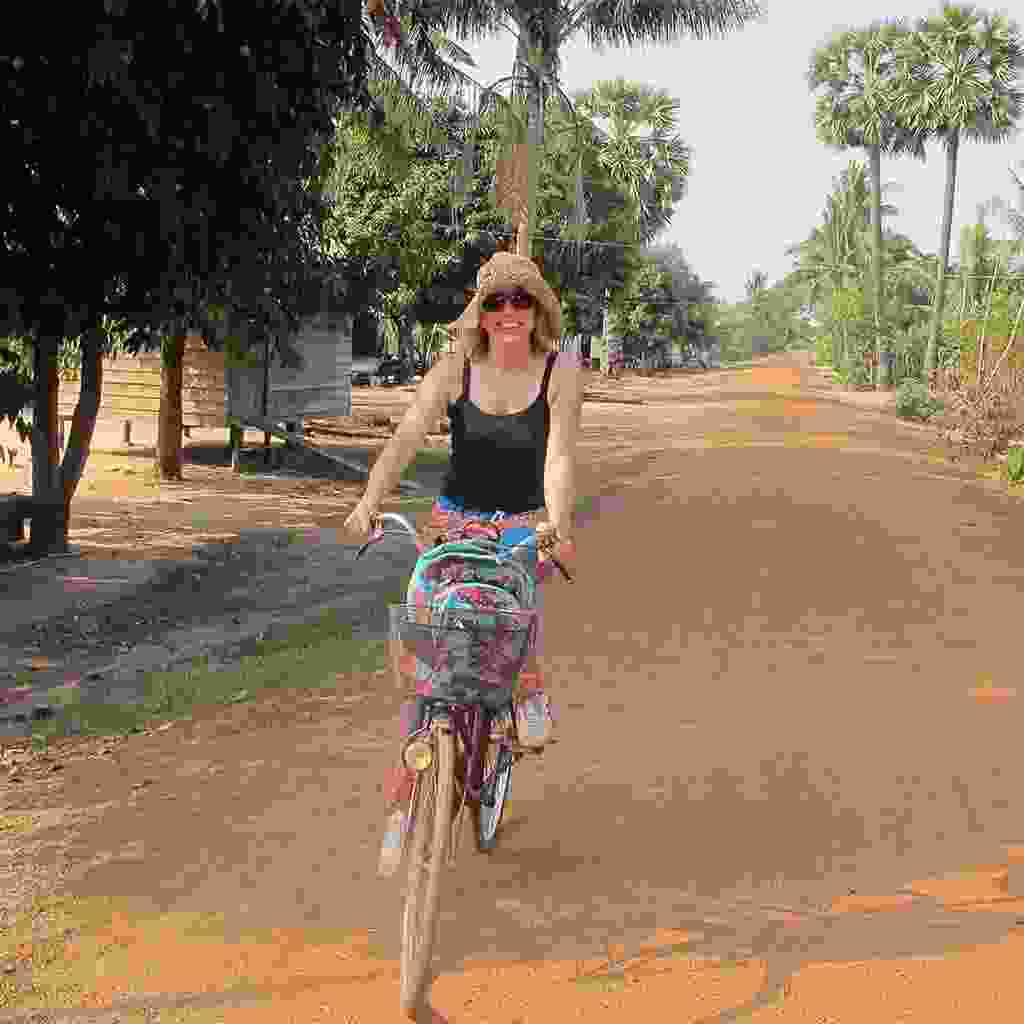 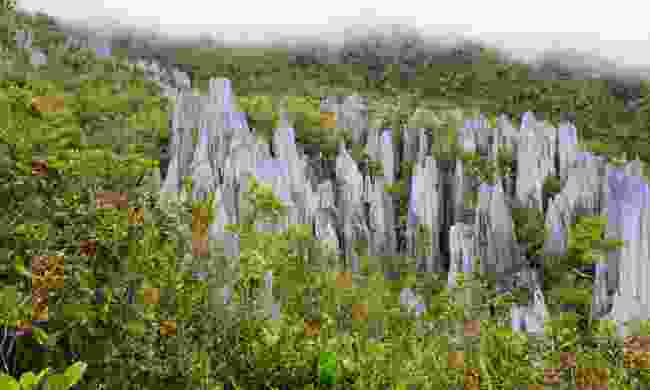 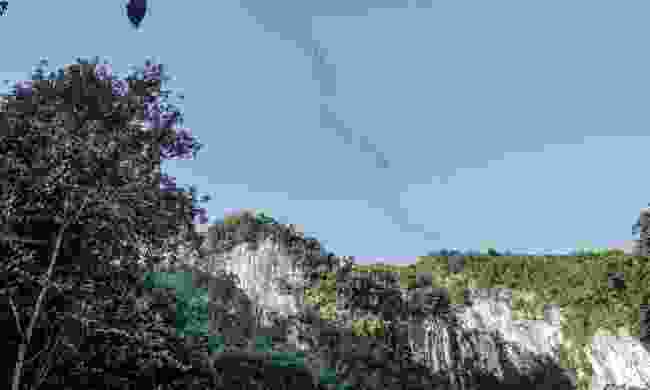 Pin-striped cliffs show off their vertical faces, standing so high they make the trees look the size of broccoli. Caves display their entrances on the cliff faces like yawning mouths, allowing neat lines of sunshine to spotlight their mossy openings. Spear-like towers of rock pierce through the top of the jungle canopy, with the mist that gathers and swirls around them only adding to their fascinating strangeness. All of this is surrounded by 85,000 hectares of some of the oldest pristine rainforest in the world.

The most famous feature of the site is the 45m high limestone giants – or the Pinnacles as they’re known. Embark on a slow and slippery ascent to the top by trekking through the jungle growth, before climbing up 15 ladders and using ropes to guide you up the almost vertical trail. The view from the top will make it worth it though as you look down on the razor-sharp towers that fight for space on the skyline with the trees.

This isn’t the only spectacular view on offer here. Head to Deer Cave on a dusky evening to admire the astonishing site of a murmuration of bats flying up and over the cliff tops en mass, creating graceful shadowy shapes as they twist and turn in unison. 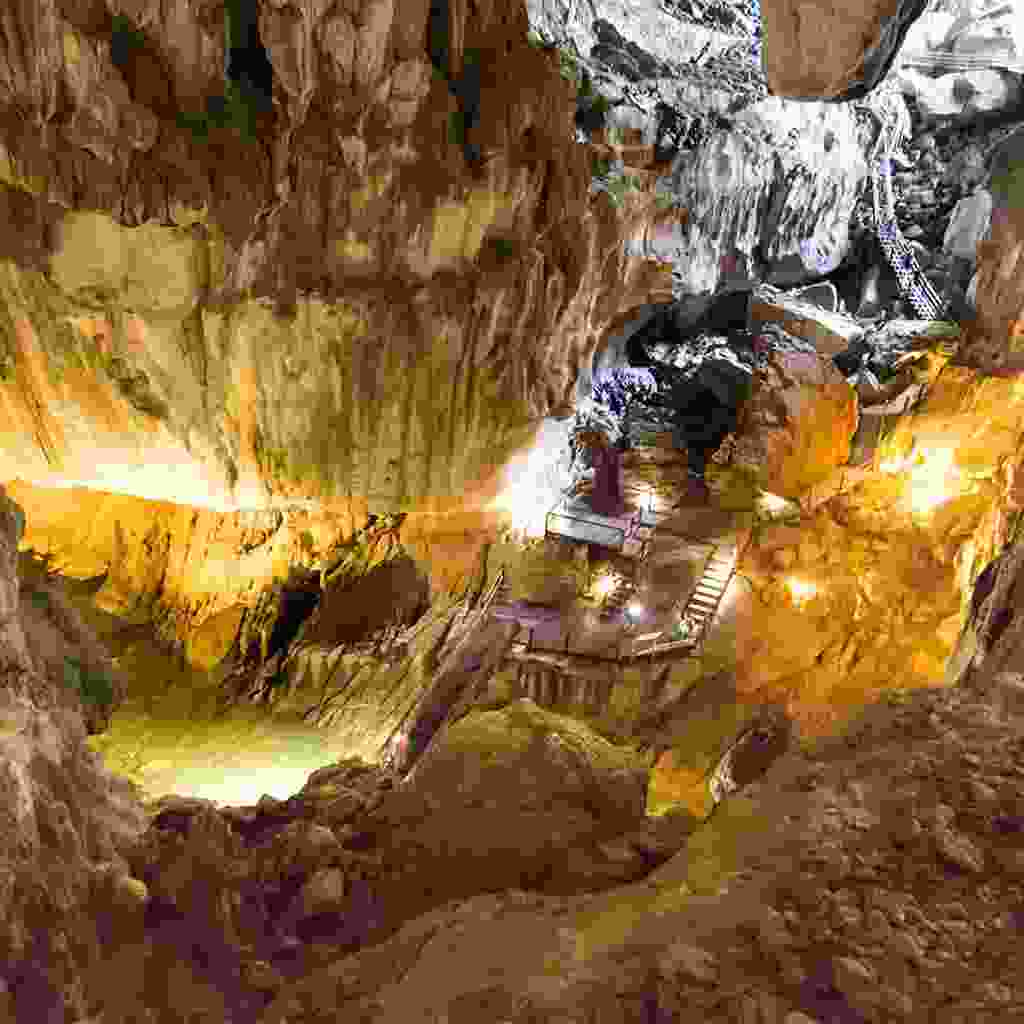 Explore more of this region by staying in a nature-embedded rustic jungle lodge. Spend your days trekking deep into the forest with a local guide, exploring more of the caves on offer in Sarawak and the ancient stalagmites and stalactites hiding within them. Drift off at night to the therapeutic noise of the nocturnal jungle life waking up. 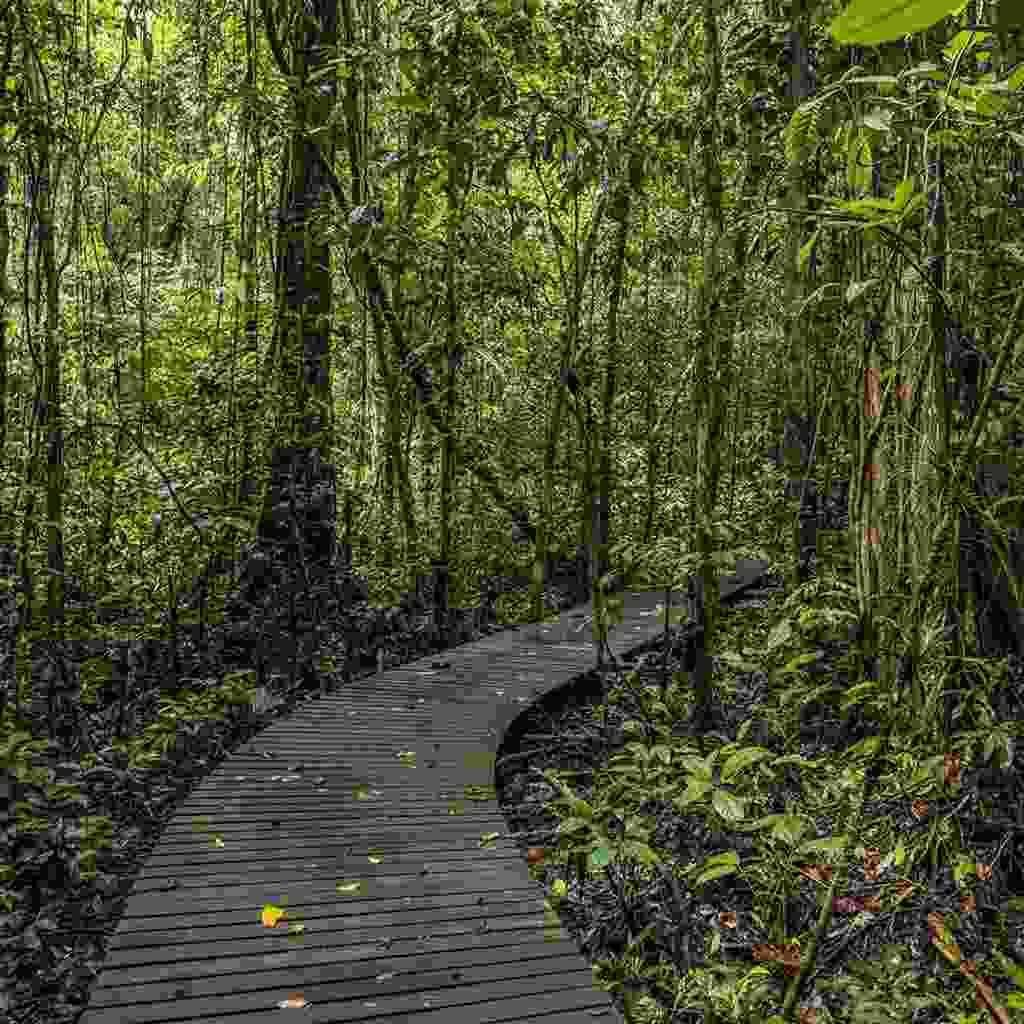 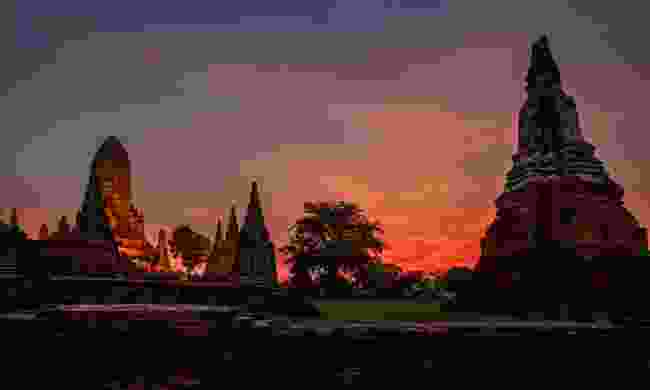 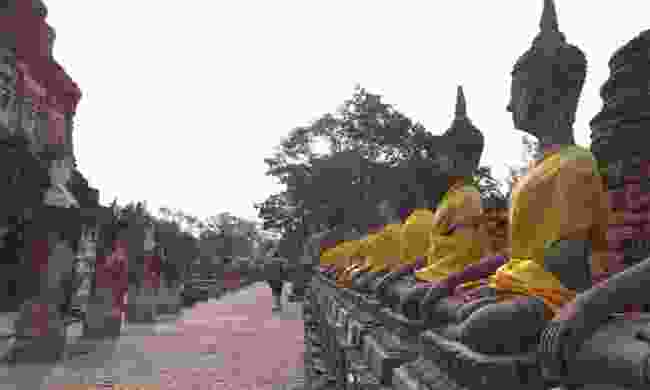 Looking up at the cone-like towers on their mottled stone bases makes it easy to imagine Ayutthaya in its heyday, as one of the largest, most cosmopolitan areas in the whole world. Add to this the awe-inspiring giant buddhas strewn across Ayutthaya and you’ll further understand the central role this former capital of Thailand played in global diplomacy and commerce.

It's while you’re walking the long, cobbled paths towards the towering temples that you start to notice the rubble-reduced stonework half hidden in the grass. The crumbling walls look like they could be knocked over with one touch. It’s this, as well as the lack of people and eerie silence, that will make the sad story of the demise of this once grandiose empire slowly start to resonate.

But it's also easy to find beauty here. Whether you’re admiring the intricacies of the tiny details etched into the walls or studying the astonishing symmetry in the rows of matching buddhas, it’s hard to fathom that building work started here as early as the twelfth century. Catch a glimpse of the structures in the many still waterways that criss-cross the entire island and you’ll see the complex as a beautiful piece of art from every single angle. 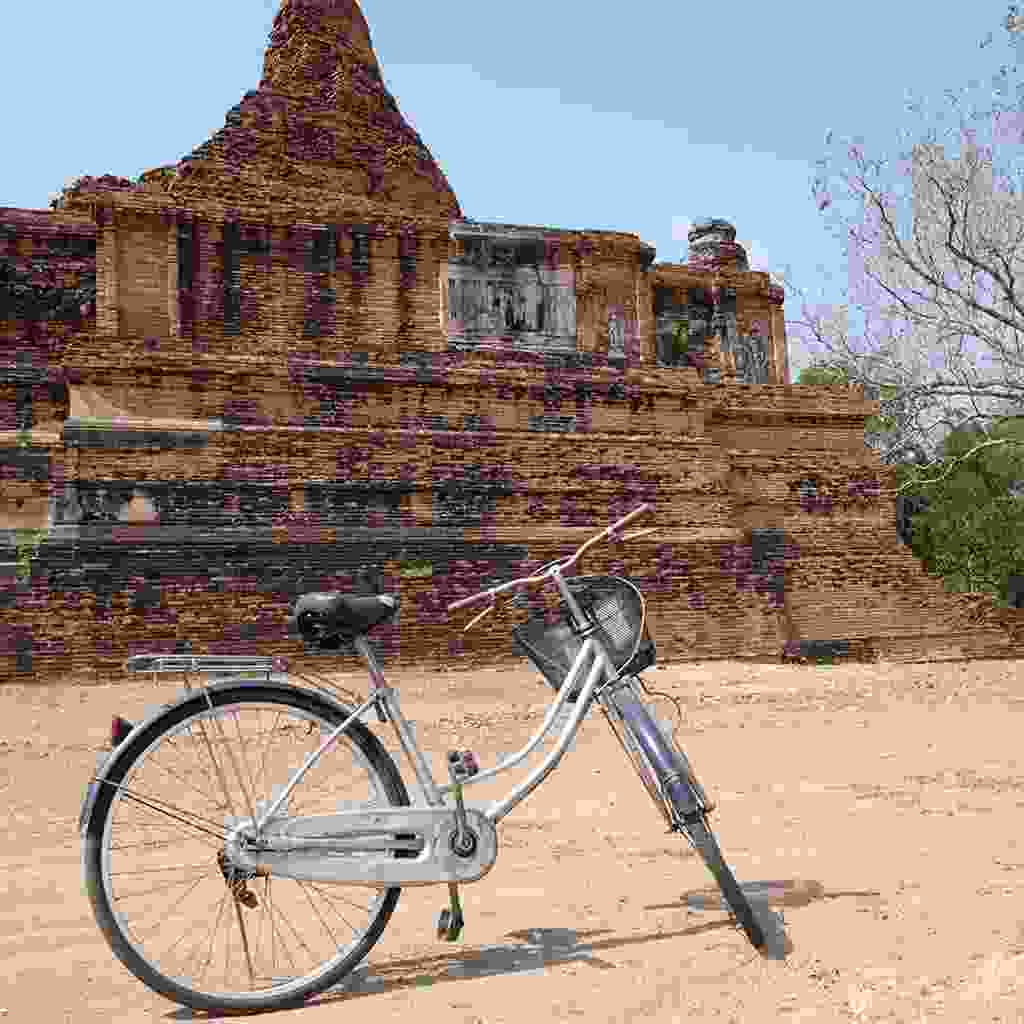 See the history by hopping on a bike and weaving your way through the ancient city – as well as getting the heart pumping, it will allow you to see more of the complex in less time. Next, sail along the river on a converted rice barge to learn the stories behind the surrounding temples on the river that has been flowing through them since the day they were built. 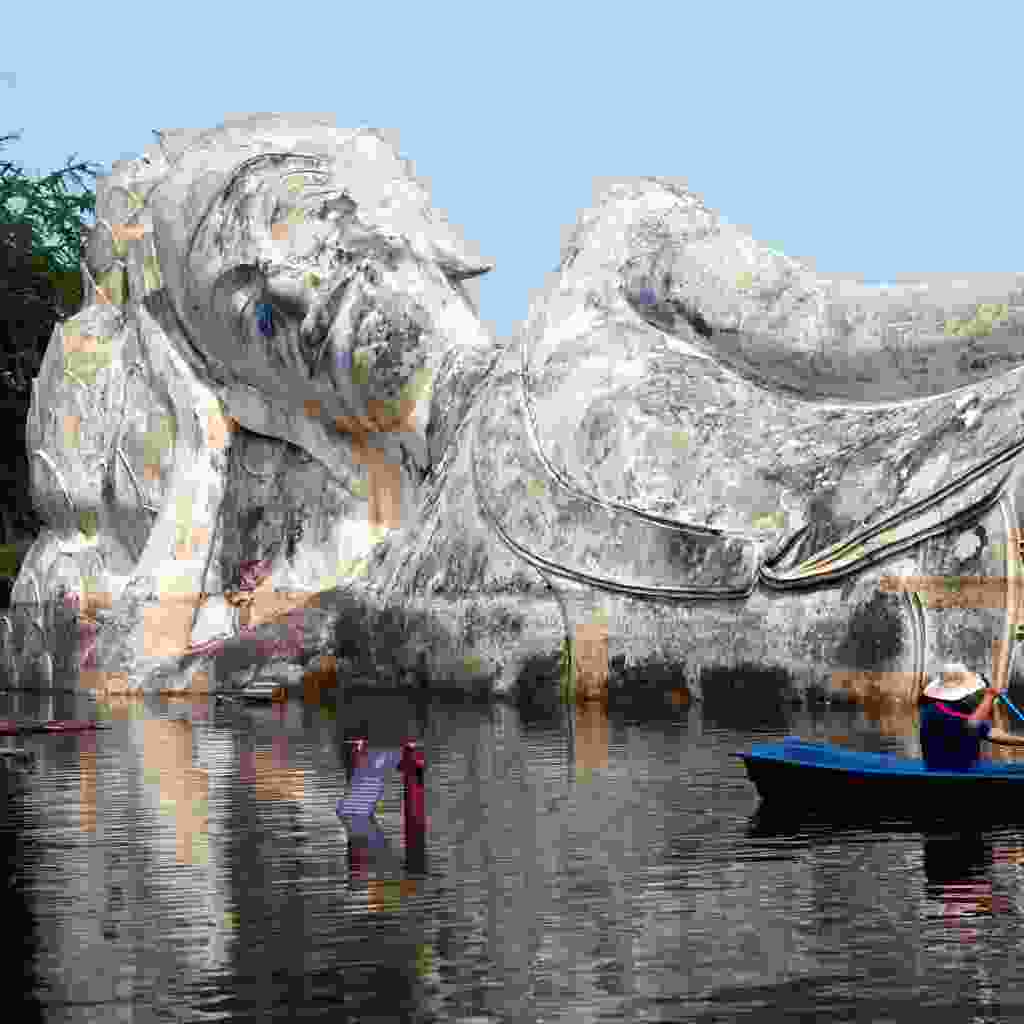 See Ayuttaya from the water on a converted rice barge (Shutterstock) 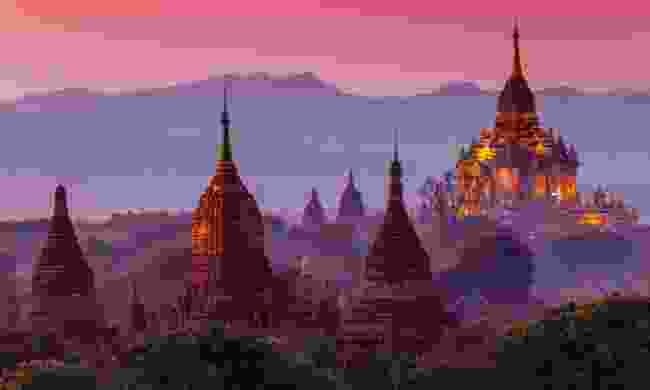 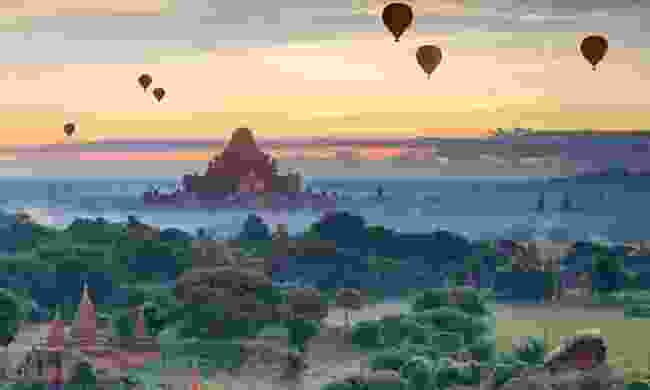 This is the one we’re sure you’ve heard – or at least seen. But what you probably didn’t know is that this iconic cultural and historical site was only officially put on UNESCO’s list on 6th July this year. With its vast grassy plains peppered with over 2,000 ancient temples and stupas, it’s hard to understand why the postcard-perfect landmark took so long to gain UNESCO recognition.

Arriving at sunrise offers the most memorable views, where the whole of Bagan’s array of pointed and domed temples slowly fade into sight, shrouded in a misty golden light with the outline of the mountains so faint they look like a sheet of torn paper cutting across the horizon.

It’s once the sun has risen that the true splendour of Bagan fully comes into focus, with temples, sculptures and monasteries alike showing off their gilded exterior under the reflected sunlight. The closer you get, the more spectacular it becomes, so take your time admiring the many sculptures and fascinating frescoes. It won’t take much imagination to transport yourself back to the 12th century, during the peak of Bagan civilisation, when this former capital thrived. 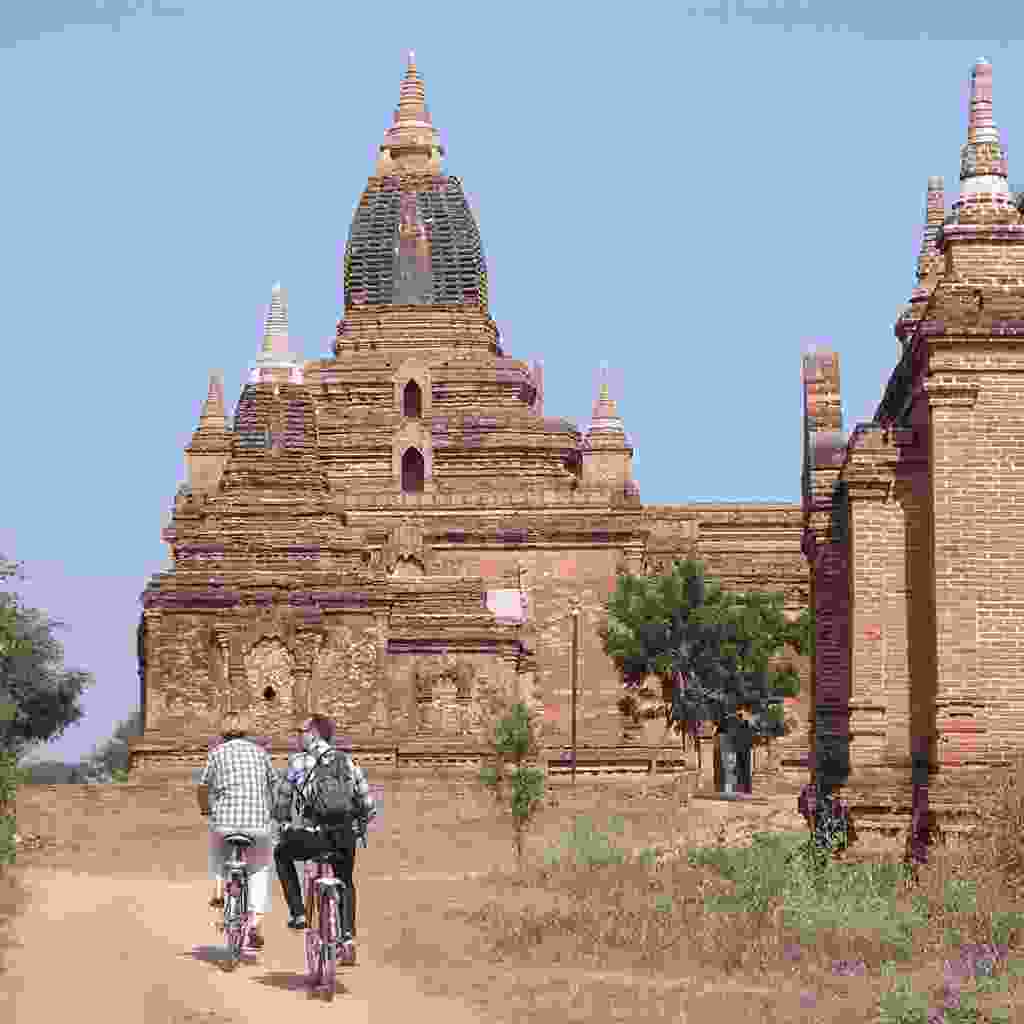 Get a closer look at some of the lesser-known temples by exploring the site on a bike. Pedal your way through a vast network of dirt roads and trails to enjoy an independent and alternative look at majestic Bagan. Or try a Bagan classic and jump in a hot air balloon to drift over the temple tops at sunrise. 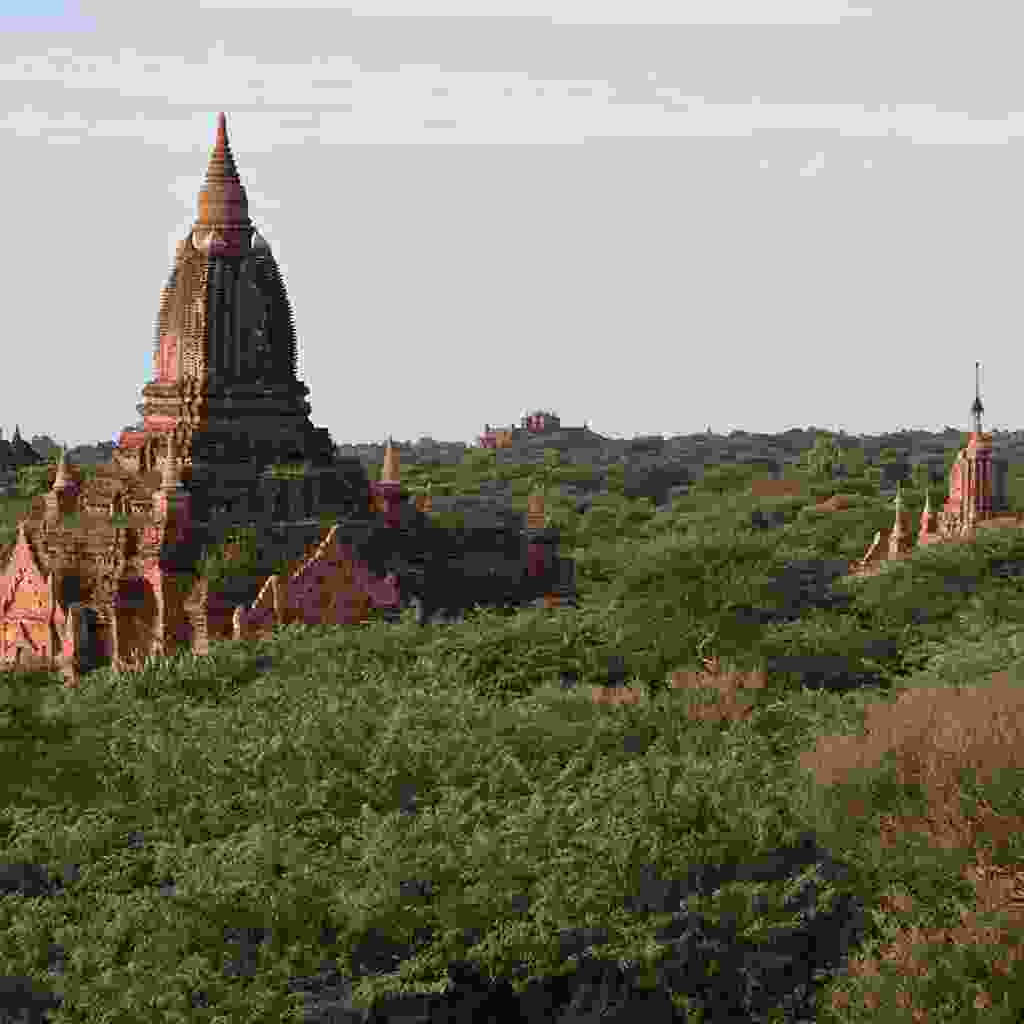 Rickshaw Travel specialise in semi-independent holidays across Asia, Latin America and North America. Their bite-sized trips can be pieced together to create a totally unique adventure, packed with meaningful experiences that give back to local communities & wildlife.

Their dedicated team of specialists will create a holiday itinerary that takes you to the heart of these hidden UNESCO sites, leaving you with memories that will last a lifetime.