Discover more that this vibrant, foodie-friendly and easy-to-reach city has to offer – and why it’s the perfect place to start your Australian adventure…

Visitors will quickly discover why it’s incredibly easy to fall for Adelaide. South Australia’s vibrant capital is the kind of city that travellers Down Under might design themselves if given free rein: there’s a world-class food scene, a magnificent choice of city beaches and superb wildlife and wineries on your doorstep. And a culture-savvy, million-plus population means there’s a buzz about the place year-round.

That’s not all. The city is straightforward to reach from the UK, has a show-stopping mountain range a few hours’ drive away and hosts some of the biggest festivals in the southern hemisphere. It’s also blessed with the kind of climate that makes having sunglasses essential. In short, even if it’s your first time in Australia, you needn’t look any further for your gateway city. 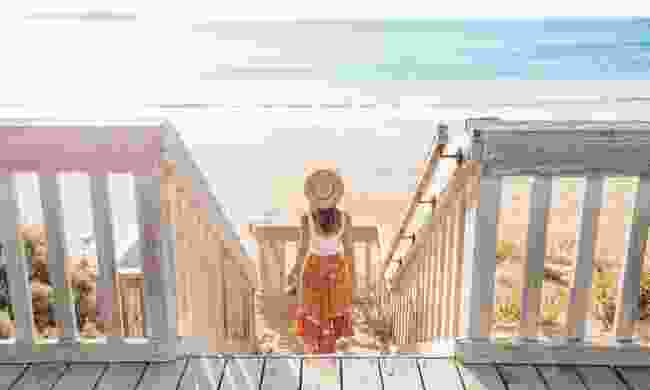 For TV presenter and naturalist Nick Baker – a man who knows a thing or two about encountering special destinations – Adelaide ticks all the right boxes. “It’s a wonderful, wonderful place,” he says. “It’s got a really eclectic feel to it and the street atmosphere is brilliant. But the first thing you need to know is how convenient the airport is.” 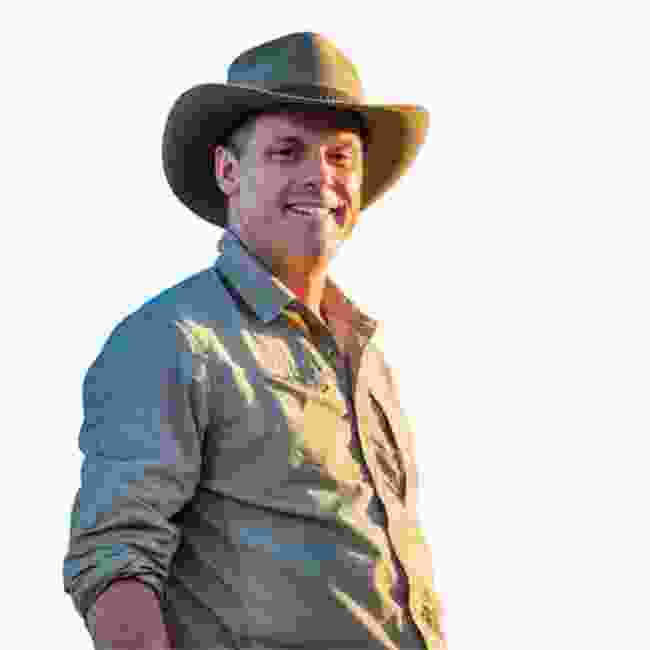 “Morialta Conservation Park is a really beautiful wild park. As an introduction to what South Australia holds, and for your cockatoo and kangaroo fix, it’s all there, right on Adelaide’s doorstep”

He’s right. It’s simple not just to reach Adelaide – there are regular one-stop services from the UK with award-winning airlines such as Qatar Airways – but to also get into the city once you’re on the ground. Adelaide Airport is a breeze to get through and sits just 20 minutes from the centre.

Besides, the city’s warm, relaxed vibe could have been custom-made for soothing any lingering jetlag. You’ll find friendly locals waiting to welcome you to their backyard – and it’s some backyard. Sophisticated and multicultural, Adelaide blends parkland, beaches and Victorian-era architecture with some hugely enjoyable one-off attractions. 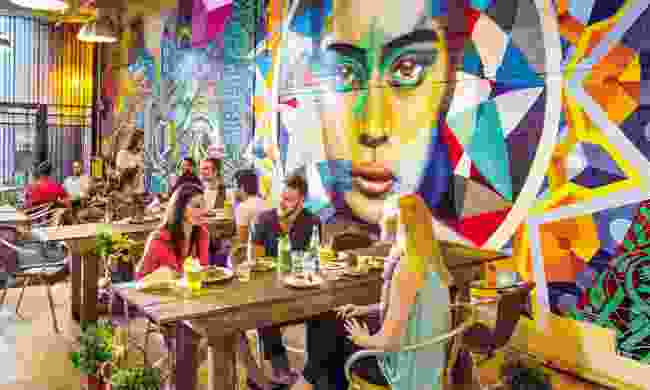 One of the best places to begin is in the foodie haven of Adelaide Central Market, which has been selling first-rate Australian produce since 1869. Expect everything from artisan cheeses and organic meats to fresh sourdough loaves and buttery fudge. The city’s restaurant scene is similarly strong. Home to Orana – described by many as the best restaurant in Australia right now – as well as countless other establishments doing incredible things with quality local ingredients, Adelaide has been dubbed the ‘new foodie capital of Oz’.

Adelaide also stands as the Vineyard City of Australia and one of the wine capitals of the world. There are more than 200 cellar doors within an hour of the centre, including, in the heart of the city, Penfolds Magill Estate, where grapes have been made into the multi-award-winning Penfolds Grange wines since 1844. Tastings and tours are available daily. 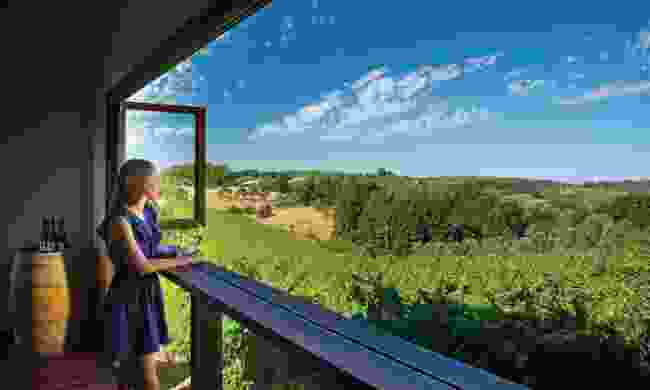 Wine-tasting in the Adelaide Hills

“You don't need to go far from the city of Adelaide to sample the great Australian outdoors.”

Adventure on the doorstep

You don’t need to go far from the city to sample the great Australian outdoors. Adelaide beaches such as Brighton, Semaphore and Henley all combine soft sands and handsome settings with watersports and seafood restaurants. Ever-popular Glenelg is only a tram-ride from the centre; backed by high trees and hip boutique stores, it’s where Adelaide lets its hair down – and if your luck’s in, you might even spot dolphins offshore.

But then, in South Australia, wildlife and nature experiences come thick and fast.

In the city itself you can wander amid the leafy boughs, blooms and birdlife of Adelaide Botanic Garden. Or, just 10 kilometres north of the centre, you can explore the rugged expanse of the Morialta Conservation Park, with its steep gullies, gnarled ridges and tumbling waterfalls. Keep your eyes peeled for everything from grazing marsupials to tawny frogmouths.

When people talk about Adelaide’s ‘WOW factor’, they’re referring to more than just its good looks, its place-to-be feel and its cosmopolitan buzz. It’s also the gateway to the WOW (that’s Wine, Outback, Wildlife) experiences of South Australia. Because frankly, when you start in Adelaide – one of the best nature cities in the world – the good stuff just keeps coming. 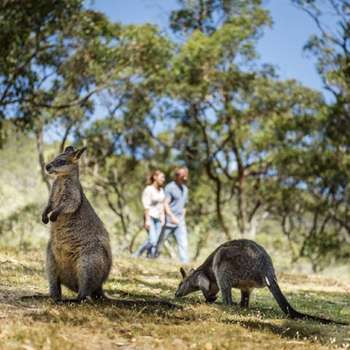 In as little as two weeks you can enjoy an incredible holiday in Oz. Many of Trailfinders’ itineraries begin in Adelaide, including three nights in the vineyard city itself as well as two nights in the Adelaide Hills, enjoying the Morialta Conservation Park and its wonderful wineries. After that, you’ll spend four nights on Kangaroo Island discovering the country’s iconic wildlife and four nights in Sydney, costing from £2,449 per person (based on two sharing).

The holiday includes 13 nights’ accommodation, six days’ Avis car hire with a free upgrade, flights with Qatar Airways from London to Adelaide and Sydney to London and domestic flights within Australia.

Trailfinders can tailormake wildlife and wine touring options to ensure you enjoy the best of South Australia with passionate local experts.

Discover more that South Australia has to offer