With such a diverse tapestry of travel experiences in this incredible part of Canada, it can be hard to know where to start. Our full travel guide can help you plan the perfect adventure…

Wide-open plains where the bison roam free, hoodoo-speckled badlands, vast stretches of boreal forests and lakes lit by the glow of the northern lights overhead… Saskatchewan has always had natural charm, but now a burgeoning gastronomic and cultural scene is starting to embrace the province’s long history, and it is opening up new ways to experience the ‘Land of Living Skies’... 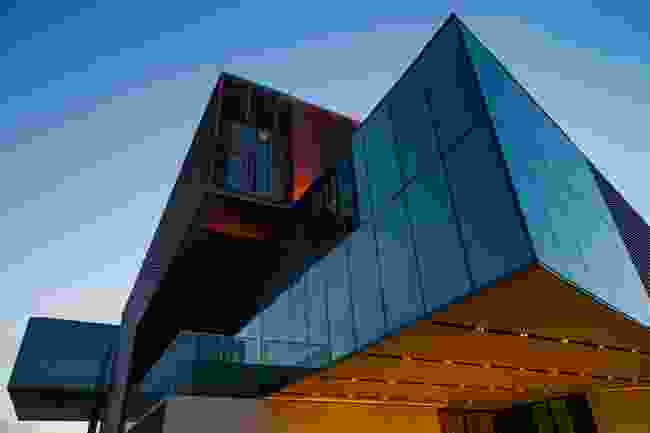 The ‘Paris of the Prairies’, as Saskatoon is known, began life as a poor, dry farming community in the late 1800s. Back then, the idea that a C$85m contemporary art gallery would be built here was beyond fanciful. But in 2017, the Remai Modern arrived, a low-slung, lego-like building of meshed copper and glass. Its 8,000-piece-strong international collection includes over 400 linocuts by Pablo Picasso, but the gallery also has a strong commitment to bringing the area’s Indigenous art to the forefront.

The arrival of settlers saw life for the Northern Plains Indigenous peoples change forever. Wanuskewin is one of many sites to address this difficult past. Located north of Saskatoon, what was once a sacred First Nations gathering place is now home to interpretive trails and cultural performances offering a link to its history. The plains have even been re-wilded with bison, so you glimpse how life used to be here. 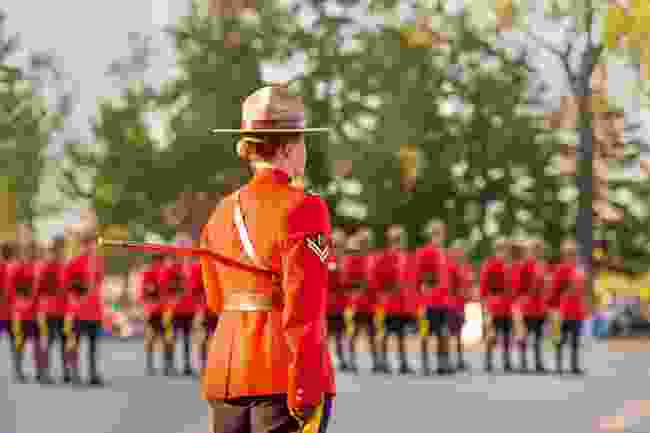 Nearby, the stories of both settlers and Indigenous peoples entwine at the Batoche National Historic Site, where trails and guided tours unravel the North-West Resistance of 1885, which came to a head here. Batoche saw the Métis (people of mixed European and Indigenous ancestry) and First Nations defeated by Canadian Forces in a battle that effectively put paid to the resistance, although not the struggle. 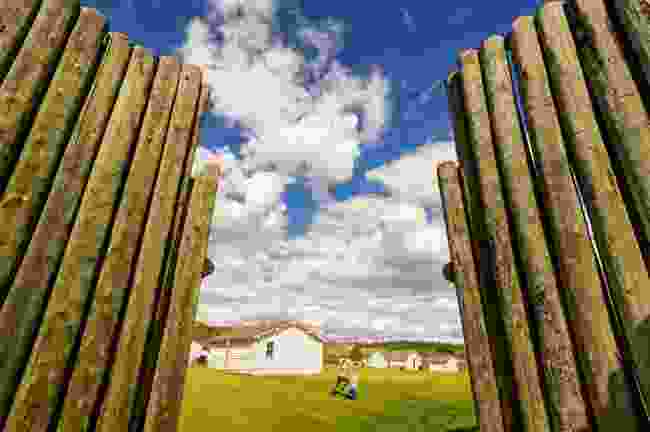 A chapter in the history of the Mounties is reflected at Fort Walsh, near Cypress Hills Massacre National Historic Site. The fort was a North West Mounted Police (NWMP) post established in 1875 and played a key role in imposing law and order in the west. Staff in period costume share enriching stories of the many peoples who called the Cypress Hills home in the 1870s. Stories about the lawless days of rotgut whisky runners and Canada’s role in the aftermath of the Battle of Little Bighorn are also relayed.​

Lastly, prehistory is explored at the T.rex Discovery Centre in Eastend, where the world’s largest Tyrannosaurus (known as ‘Scotty’) was found in 1991. Its skeleton now stands at the heart of a museum that delves into Saskatchewan’s impressive fossil record. 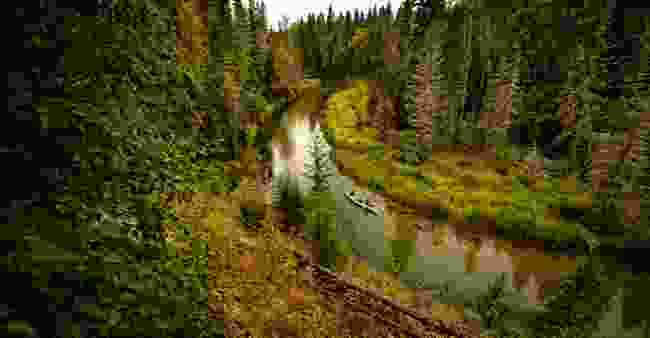 Prince Albert NP has the large lakes of Waskesiu, Crean and Kingsmere as well as dozens of smaller lakes (Greg Huszar)

Not everything wild has to be remote. Like many frontier cities, Saskatoon was built on a river. Today, its banks form the 80km Meewasin Trail, which trickles deep into the valley. Walks down to Beaver Creek Conservation Area are a delight, especially in late spring and summer, where you can spy birds such as chickadees and migrating ruby-throated hummingbirds.

North of Saskatoon, where the golden drift of the prairie fades into a lush smothering of jack pines and white spruce, lies the 3,875 sq km Prince Albert National Park. Come summer, its plains fill with hundreds of calving bison, with horse-rides out to remote meadows offering a chance to spot the first steps of wobbly-legged newborns. The park offers a true wilderness to explore. On foot, its over-150km of trails yield glimpses of elk, deer and black bear. Or take to the waters of the Bagwa Canoe Route, where kayaking trips loop the lower lakes, spying nesting red-necked grebe and white pelicans. As night falls, the sky becomes a panorama of stars with meteor showers and flashes of aurora reflected in the clear waters.

For pure stargazing, however, little beats the prairies of Grasslands National Park, south-west of Regina. By day, its wildest trails wind the Valley of 1,000 Devils, revealing an alien world of giant red-clay hoodoos. By night, the West and East Blocks are home to Canada’s darkest skies, conjuring rare glimpses of colourful nebulae forming in far off galaxies. 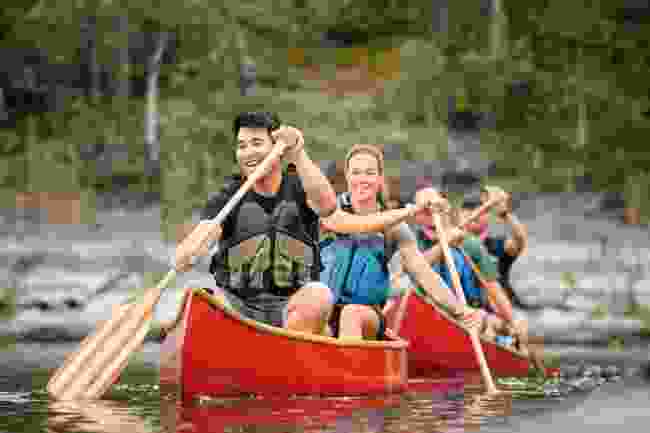 Canoeing on the Churchill River

More hikes can be found at Cypress Hills, which spans the border with Alberta. It adds a dash of history to its trails, with one route exploring the tragic Cypress Hills Massacre. There’s adventure to be found, too, in zipline tours rattling through the pine forests.

If you’d rather paddle than fly, book a multi-day trip on the Churchill River. This water-bound highway barrels through boreal forest, Precambrian rock and grassy plains, leaching into many of the area’s great lakes. Portaging between shores lets you hop the province, spying osprey, moose and wild bear from the water in some of the region’s remotest corners.

Some 100,000 lakes and rivers scatter the province, often puddling into vast inland seas such as Athabasca and Reindeer. Even smaller expanses have their eccentricities, and Little Manitou Lake is Canada’s answer to the Dead Sea. Wrapped by sandy beaches, its mineral-rich, salty waters are reputed for their healing properties. When not wandering its surrounding trails or paddleboarding, bathers can easily float on the lake’s surface without even trying, a relaxing end to what is bound to be an adventure-packed experience. Local produce and creativity are at the heart of Saskatoon’s growing culinary reputation. Hearth Restaurant, for example, is run by a pair of avid foragers who delight in old-school prairie cooking. They’ve made it their calling card, with many a locally scavenged morel mushroom enlivening dishes. Or drop by Odla, whose field-to-fork menu owes much to its connection with a local farm not far outside the city. Just as creative is Odd Couple, an Asia-by-way-of-Canada restaurant in Riversdale (the city’s old Chinatown). Its maple-glazed-bacon-fried rice is among a number of inventive takes.

Further south, Regina’s culinary reputation is also on the rise. Avenue is the most recent opening by Top Chef Canada winner Dale MacKay, who learned at the sharp tongue of Gordon Ramsay and filters his French/Asian influences via the prairies. Meanwhile, both Crave Kitchen & Wine Bar and the seed-to-plate Skye Cafe & Bistro make the most of the province, sourcing direct from local farms – the latter even grows their own herbs.

This sustainable approach is found outside the big cities, too. Harvest Eatery in Shaunavon (en route to Cypress Hills) culls its menu from chef Garrett Thienes’ family cookbook, using only local produce and herbs and flowers they cultivate themselves. Or head north-east to Mabel Hill in Nipawin, a ‘Farm Kitchen & Marketplace’ that bolsters an ambitious menu with fruit and vegetables from its own garden. Regina was home to one of the first brewpubs in the province, then Rebellion Brewing Co. opened and started making craft beer, and the industry exploded. Its beers have all the restless curiosity of the homebrewer, with unusual flavours such as lentil cream ale (made with red lentils) catching the imagination.

That sense of ‘place’ takes on a whole new meaning with Saskatoon’s Black Fox Farm & Distillery, run by fifth-generation farmers who produce the bulk of their own fruit, flowers and grain, distilling them onsite into whisky, gin and liqueurs. Tours and tastings are a must.

Lastly, a visit to Over the Hill Orchards & Winery, north-east of Regina, uses its own organic fruit trees to craft an array of dry and semi-sweet fruit wines, from peach chardonnay to cherry pinot noir. Their Supper in the Orchard are a summer tradition. 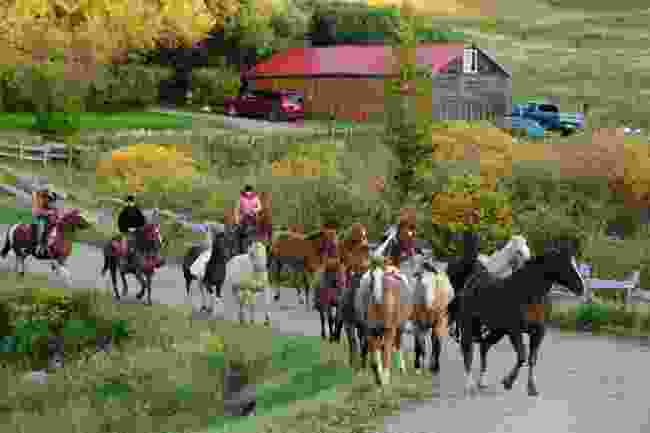 The Historic Reesor Ranch has stood on the fringes of the West Block of Cypress Hills Interprovincial Park for more than a century. It’s a fun introduction to ranch life, with horse-riding trips exploring a landscape where the prairie slowly exhales into great swathes of evergreen forest.

On the other end of the spectrum, the Dakota Dunes Resort is modernity in a nutshell. Set in Whitecap Dakota First Nation territory, it is ostensibly a casino and golfing resort but offers great days out, such as cultural encounters, birding trips and wagon rides.

To escape into pure nature, the province’s big parks offer plenty of camping options. From the incredible dark skies of Grasslands NP to the lodgepole pine forests of Cypress Hills and lakeside shores of Manitou Beach, it’s easy to find a wild escape. 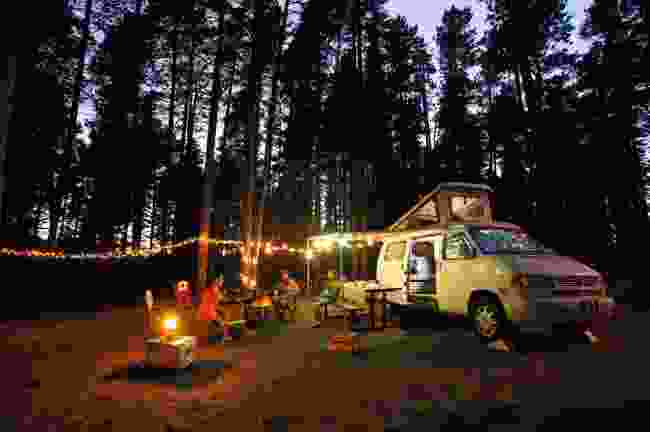 Major international airports are found in Saskatoon and Regina. Flights from Europe typically connect via Vancouver or Calgary, with a network of regional and charter planes linking the smaller cities.

By train, VIA Rail makes stops across the province and serves stations including Saskatoon, Melville, Biggar, Unity and up to Hudson Bay. If travelling onwards, a Canada Pass offers multi-stop discounts.

Intercity bus travel is restricted to private minibus and shuttle companies, such as Rider Express, Beam Shuttle and KCTI Travels, which run pick-up and drop-off services. The former also operate interprovincial bus routes connecting Winnipeg to Regina as well as Edmonton to Regina/Saskatoon.

Driving is perhaps the best way to get around here. Trans-Canada Highway 1 links Winnipeg to Calgary via Regina and Cypress Hills; Yellowhead Highway 16 connects Winnipeg to Edmonton via Saskatoon. Most major rental firms can be found in Saskatchewan’s larger centres.

For more inspiration and information about Saskatchewan, head over to the official Saskatchewan website.