9 experiences in Portugal that pair perfectly with wine

You might take a trip to Portugal to sample its wine but you’ll end up staying for the wealth of culture, adventure and wellness experiences you can pair its wine with...

As the home of port and many other red vintages, Portugal is a magnet for wine lovers. You might find yourself taking a trip here for a taste of its top tipples but you’ll end up staying for the wealth of culture, adventure and wellness experiences you can pair its wine with. Here are nine of the best…

As well as its postcard-perfect coastline, the Algarve has a burgeoning art scene and nowhere does it rub shoulders with Portugal’s love for wine more than the LiR Art Gallery (LiR appropriately stands for Lady in Red) in Lagoa. Housed in the country’s third-largest cooperative winery, the free-to-enter gallery showcases a mix of sculptures, paintings and other art installations by a number of local, national and international artists. But it’s not just the art that’s on display here. The gallery is set above the bottling and processing section of the winery, which adds a unique industrial vibe. If keeping one eye on the winery action below wasn’t enough, you can pause to try some of its tipples for yourself before continuing your wander of the exhibition. 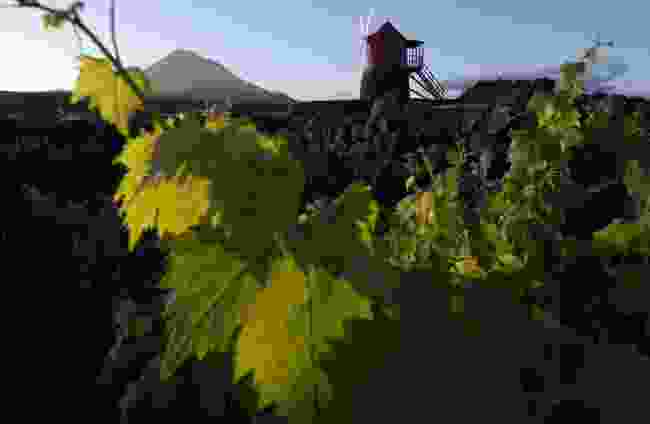 Some might think Portuguese viticulture is limited to the mainland but the country’s wine expertise stretches as far as the Azores in the Atlantic Ocean, an archipelago better known for its volcanic landscapes. In fact, the island of Pico has been producing wine since the 15th century and a walk along the UNESCO-protected Vinhas da Criação Velha trail affords an intimate glimpse of its rich history. Connecting the villages of Porto do Calhau and Madalena, this 6.9km linear route cuts right through its centuries-old vineyards. Grape-growing locals have had to adapt to the volcanic vistas, building 2,000 acres of drystone walled plots (currais) that enable vines to absorb sunlight while also being shielded from the wind. The trail passes shelter houses, wine cellars and tide wells and you’ll even witness the past logistics of this industry, from the rola-pipas (carved slopes used to slide wine barrels down to the boats) to the relheiras, dusty tracks left by ox carts.

3. Soak up some history 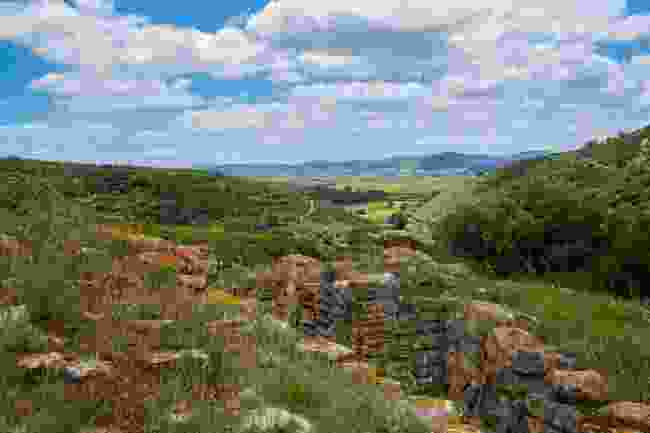 Just 25km north of Lisbon lie the Bucelas vineyards, a wine region thought to date back to the Romans. Fast forward to the 19th century and it found itself in the midst of the Peninsular War (1808-1814) as Napoleon-led France tried to wrestle control of the Iberian Peninsula from the opposing Spanish, British and Portuguese forces. Rows of forts, known as the Lines of Torres Vedras, were built under the instruction of the Duke of Wellington to protect Lisbon. Much of this defensive line survives today and forts like São Vicente, Olheiros and Ajuda Grande remain well-preserved. During the war, the Duke of Wellington developed a love for Bucelas wine (even sending King George III some as a gift) and its standing with some of Britain’s other historic titans – William Shakespeare and Charles Dickens included – is explored in the detailed exhibitions at the Bucelas Wine and Vine Museum, among other parts of this region’s rich viticulture. 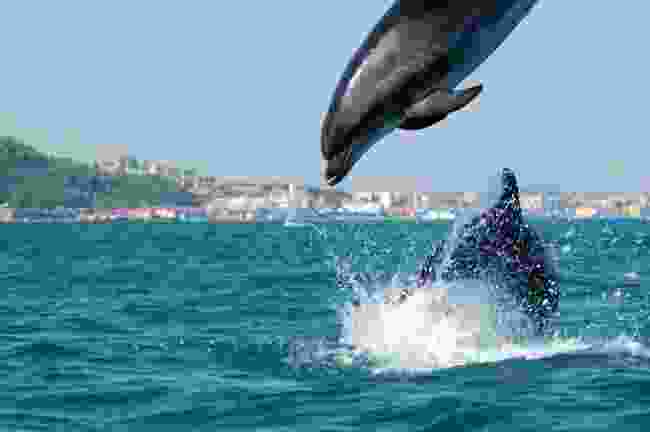 Wine tastings don’t always have to be leisurely affairs held in the grounds of a vineyard. You could be gliding along the glittering waters of the Sado Estuary and Arrábida coastline on a cruise. Keep your eyes peeled for glimpses of bottlenose dolphins along the way – one of the few places in European waters you can see them. Of course, such a special wildlife encounter deserves to be toasted and you’ll do just that with glasses of Moscatel de Setúbal, a dessert wine made on the very peninsula you’ll be skirting alongside, and a gastronomic selection of local meats, cheeses and confectionery. It’s not only dolphins you’ll have a chance to spot on your wine cruise; the Sado Estuary’s bird-rich wetlands are a haven for purple herons, marsh harriers and greater flamingos, too.

5. Saddle up for a wine cycling tour 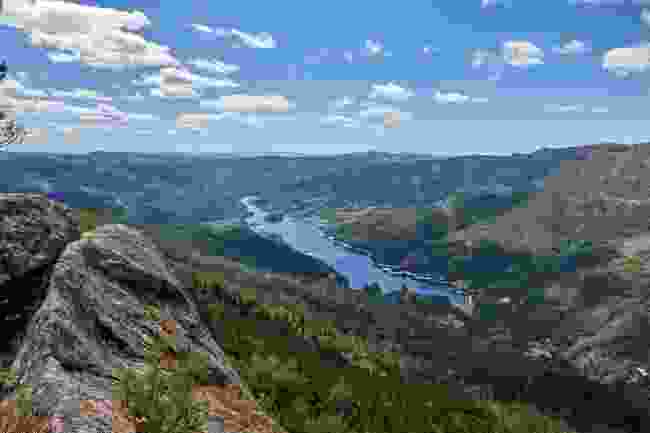 Sun-drenched vineyards and lush sweeping landscapes often go hand in hand and, in Portugal, it’s best demonstrated in the Vinho Verde region. One of the country’s most sparsely populated areas, it’s perfect for whizzing through by bicycle. Guided tours begin in the Peneda-Gerês National Park, a land known for its time-frozen granite villages where oxen still clip-clop along cobbled lanes. You’ll pedal through tiered vineyards which cling to emerald-tinted hillsides, criss-crossing alongside or over the Lima, Minho and Douro rivers. En route you’ll traverse the Roman bridge Ponte de Lima, an important crossing for pilgrims walking the iconic Camino de Santiago trail. But with vineyards all around you, you’ll be desperate to try Vinho Verde – ‘green wine’. It owes its name not to its colour but to the fact the wine is released three to six months after the grapes are harvested and you’ll be able to sample its rosé, red and white varieties. One tip: it goes great with grilled fish.

6. Take a walk in wine country 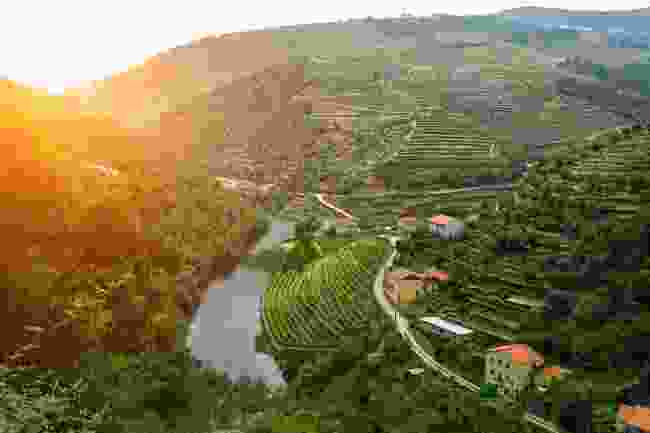 Explore the vineyards of the Douro Valley (Shutterstock)

The UNESCO-listed Douro Valley is a global wine-making icon but there’s far more to it than just perfect port. A hike among its terraced vineyards will allow you to steadily uncork its patchworked vistas, including granite bluffs, picture-perfect villages and whitewashed quintas (manor houses). Discover hidden corners like Sabrosa, the birthplace of Portuguese explorer Ferdinand Magellan, and the hill-perched winemaking village of Provesende. The latter has the largest collection of manor houses in the Douro Valley, affording plenty to chances to try some fine port and Douro wines. You can also take a dip into the past by pausing at Lalim, a common pitstop along the Cistercian monks’ wine route, and gliding on a rabelo boat that once transported wine barrels downriver to warehouses. One of your final stops will be the city of Lamego for a well-deserved sparkling glass of Távora-Varosa.

7. Walk the Gardens of Vineyards route 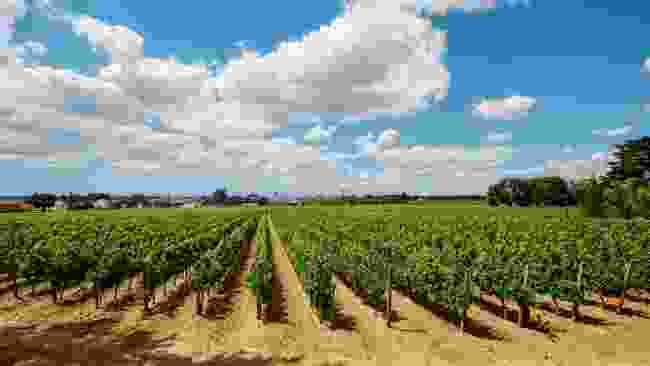 Vineyard in the Sétubal Peninsula (Shutterstock)

If you want your walk to be more wine and less walking, then the Gardens of Vineyards route in the Setúbal Peninsula is for you. A trail of just 11.5km and dotted with wine producers, its circular shape means you begin at whichever winery you fancy. The emphasis here is about getting under the skin of the viticulture in this west-coast corner of Portugal, a place most well-known for its dessert wines. Wineries including Casa Dupó and Casa Ermelinda Freitas offer tastings to thirsty walkers and throw open the doors to their cellars so you can turn the tap on their wine heritage (guided visits need to be pre-booked). With a handful of producers sprinkled along the walk and opportunities to try tipples at each one, remember to pace yourself!

8. Picnic in the Alentejo 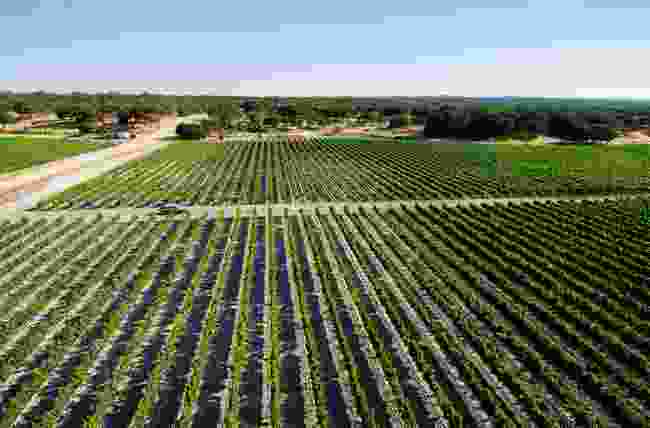 A sprawling mosaic of copper-coloured plains, medieval marble towns and chartreuse-hued vineyards, the Alentejo is a wild panorama whose wingspan covers a third of Portugal. It’s a rural tapestry where traditions have rarely wavered across generations and in tribute to the ‘garden of Portugal’, picnicking in a vineyard is a raw and fulfilling acquaintance. Herdade Grande is one of the Alentejo’s most historic homesteads, having been run by the Lança family since 1920, and you’ll enjoy your alfresco lunch right in the middle of its sun-dappled grapevines. Snack on Alentejo-baked bread and Portuguese classics such as pastéis de nata. Of course, all this tasty food will be joined by a Herdade Grande wine of your choice; the Talha wines headline the collection of vintages, made eclectic thanks to the family’s experimental approach. It’s the ultimate toast to arguably Portugal’s most emblematic region. 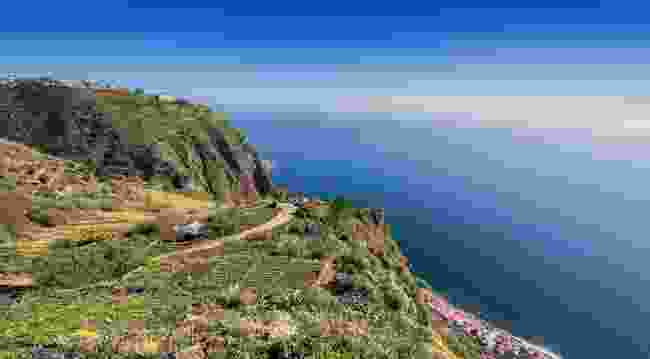 Most of us are seeking out slower and more immersive travel experiences and a full day tour of Madeira will not only give you the chance to properly get under the island’s skin but also learn about its historic viticulture, too. Your day will mirror the long and full-bodied road Madeira’s wines often take; centuries ago brandy was often added to ensure they lasted the long sea voyages. Today, vintages can mature for over 100 years.

Of course, you’ll get to try plenty of glasses with visits to several wine producers (as well as a traditional Madeiran lunch) around the island, but you’ll also understand how entwined wine is with Madeiran culture. Spy the gravity-defying vineyards of São Vicente, see the natural salt pools of Port Moniz and witness lime-green vineyards giving way to lush laurel forest on Madeira’s north coast, all the while tasting some of the island’s most storied wines.

For more experiences across Portugal that pair perfectly with wine, head over portuguesewinetourism.com to find the perfect match for you.