Adventures await in the wild windswept region of Patagonia. The intrepid explorer’s dilemma — which thrilling expedition should be tackled first? 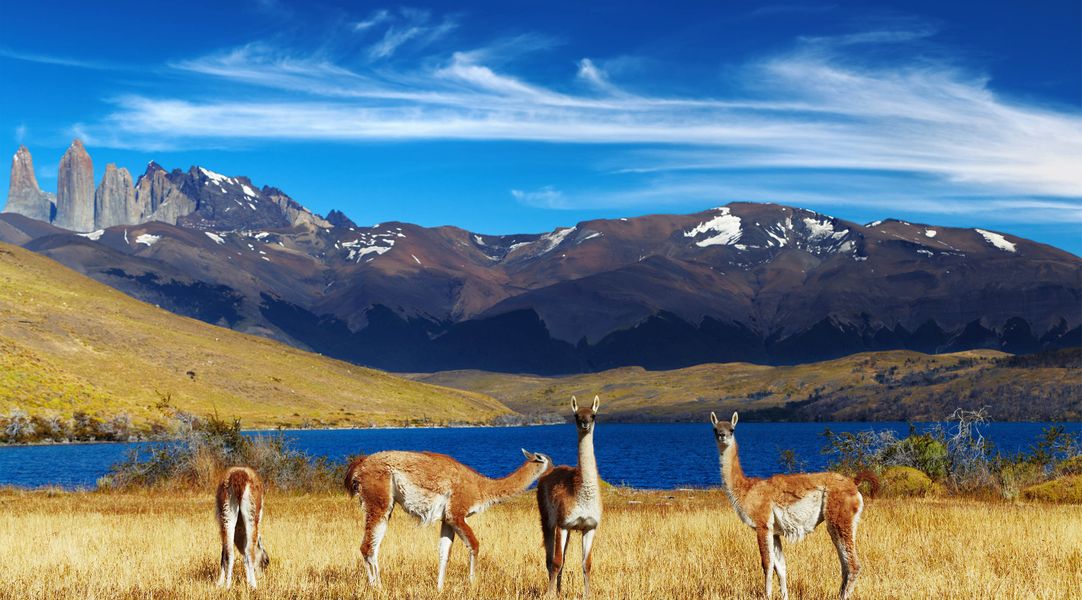 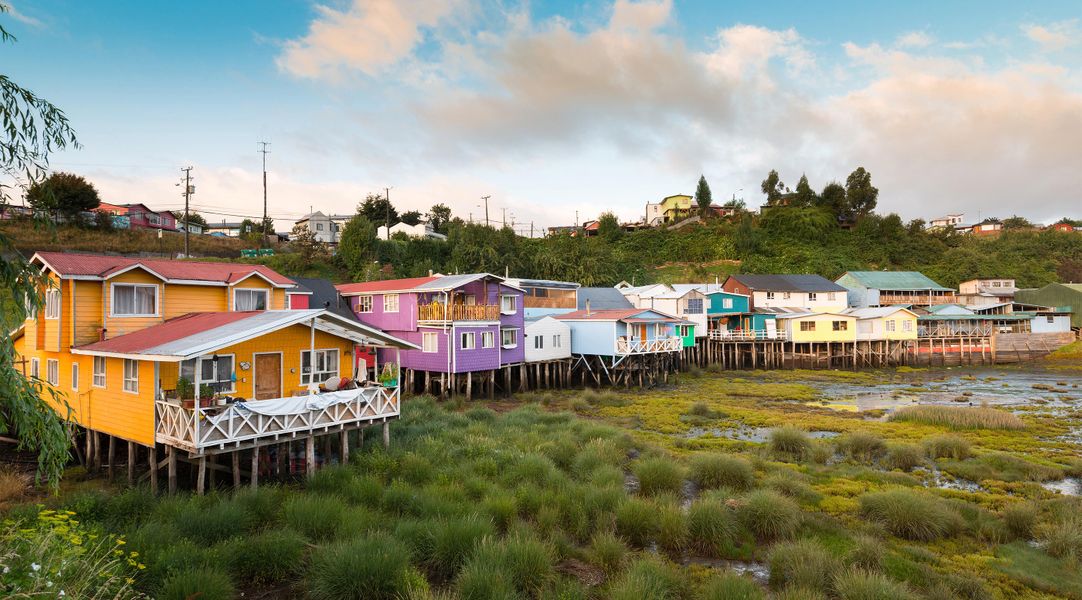 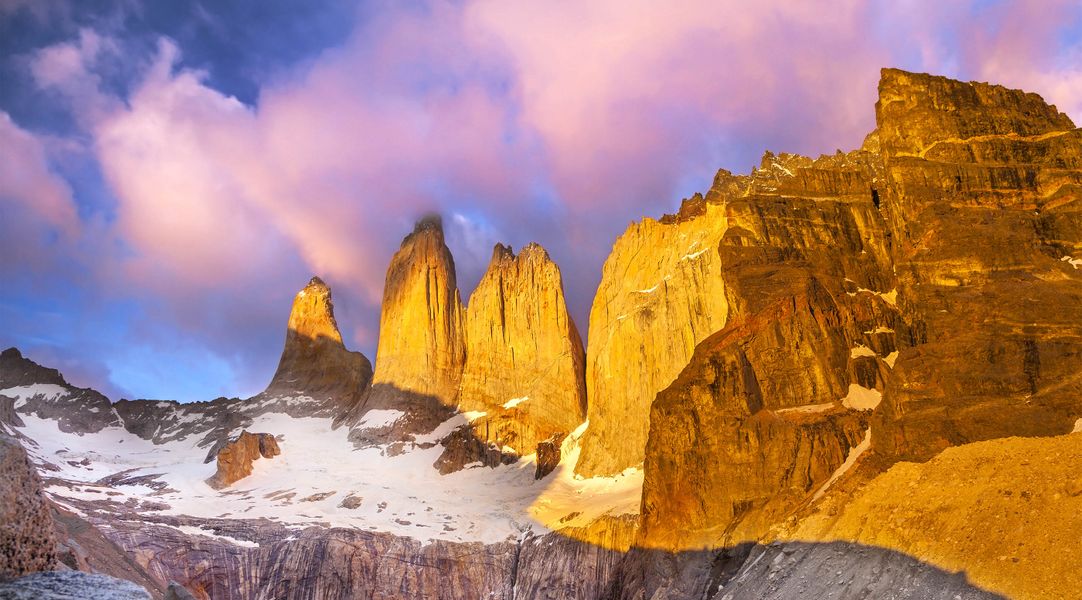 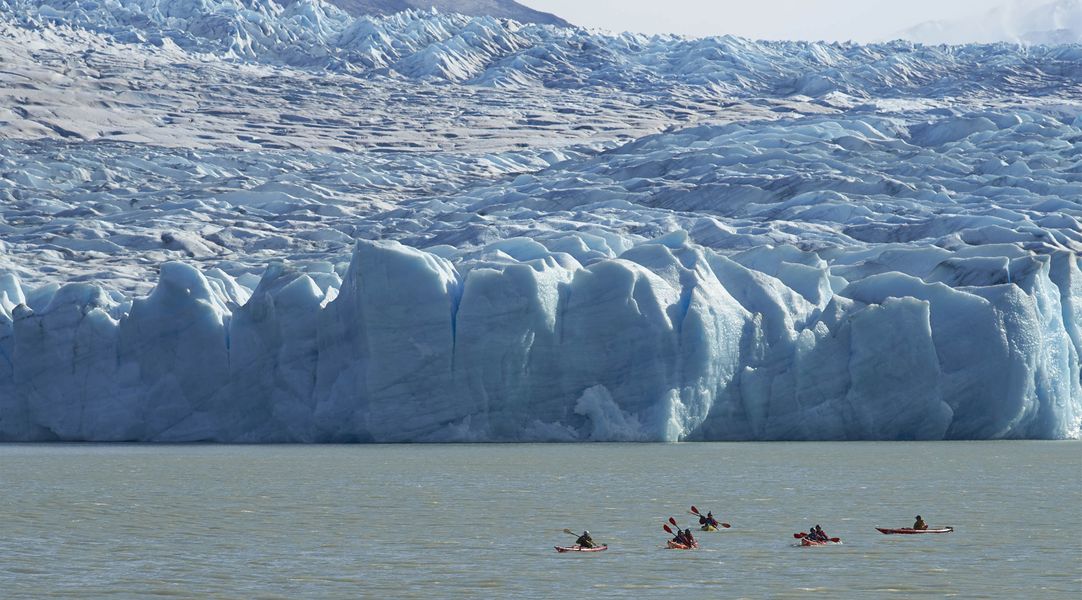 Venture to the southernmost region of South America and you’ll discover Patagonia, a dramatic, dynamic and sometimes desolate land, where life-enriching expeditions abound. Sprawling across the border of Argentina and Chile, visit this idyllic thrill seekers’ playground and you’ll quickly realise the great outdoors is called ‘great’ for a reason.

So, what wonders makes a trip here so memorable? Here are nine unforgettable experiences…

1.Get up close to Glacier Perito Moreno 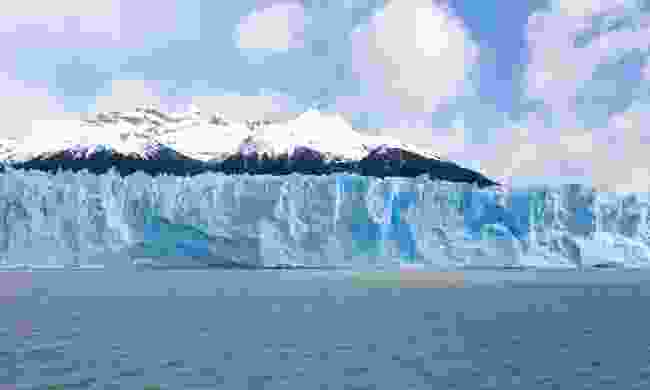 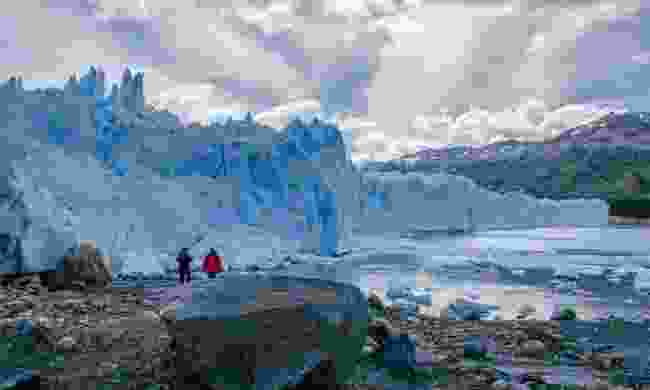 Not only is the magnificent Glacier Perito Moreno one of the world’s greatest natural wonders, it’s also one of the few advancing glaciers on the planet, increasing in size by an estimated two metres every day. This huge block of freshwater ice already stretches some 30km across Lake Argentino in Los Glaciares National Park, exceeding 60 metres  above the milky, mineral-rich water, and it’s a chillingly eerie yet unforgettable experience to stand close to the awe-inspiring sight. Sometimes unsettlingly silent, the front wall of the glacier also creaks and crunches, then there’s an explosive rumble as a chunk of ice calves off and splashes down below. 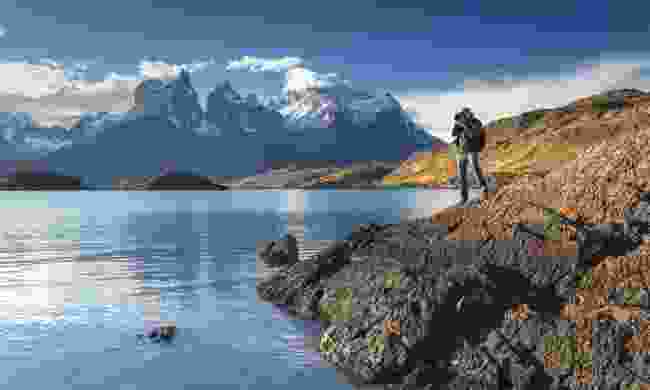 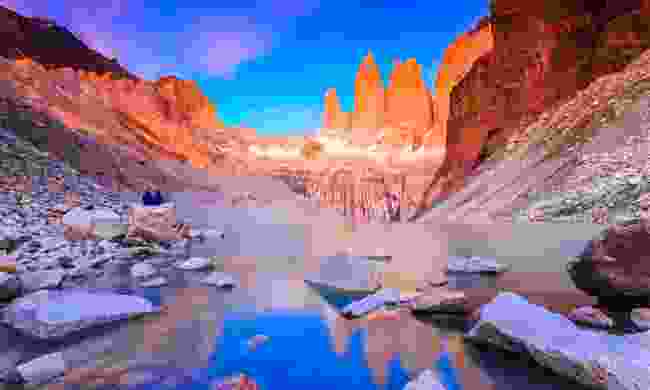 With its imposing massifs and turquoise lakes, Torres del Paine National Park is a hiker’s paradise, and a must-see destination in Chile’s Patagonia region. Time a trek to coincide with a morning sunrise over the towering granite pillars of Torres del Paine themselves to see the grey mountain range glowing in glorious shades of red, orange and purple. It’s a memorable way to witness the start of a new day, especially if an expedition in the exquisite Ascencio Valley is on the agenda. The challenging ‘W’ trail — named as the route follows the shape of the letter — is a memorable highlight. 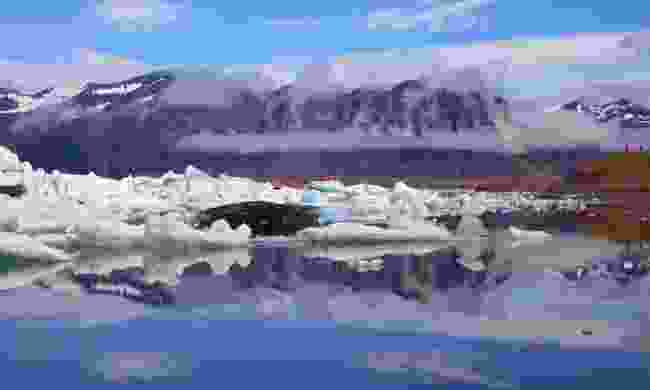 Sunrise in the Chilean fjord (Shutterstock) 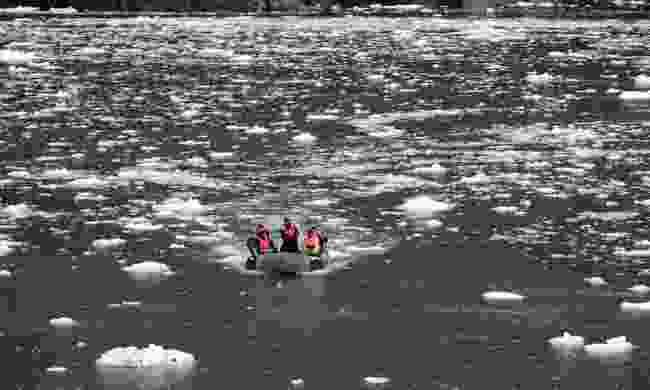 Explore the fjords by zodiac (Dreamstime)

Traversing through the fjords of Patagonian Chile, at sea level in a kayak or Zodiac, is a once-in-a-lifetime expedition, an adventurous exploit never to be forgotten. It can be a humbling experience to note how insignificant you feel, being in the shadow of mighty mountains and immense brash ice. Braving the unpredictable weather, paddling allows intrepid explorers to quietly approach some of the strait’s incredible residents — Magellanic penguins, southern fur seals and imperial cormorants. Around Carlos III island, prepare to hold your breath. It’s a known feeding ground for the humpback whale.

4. Keep your eyes peeled for an Andean condor 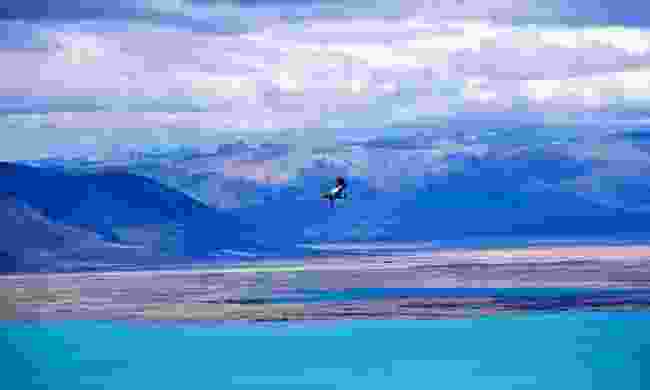 A condor in flight near El Calafate (Dreamstime) 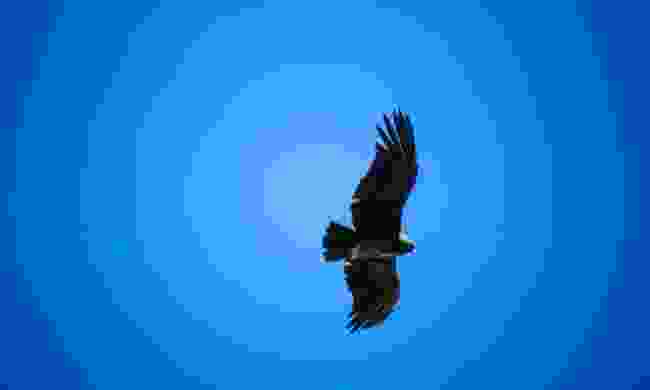 Turn your eyes skyward to catch a condor in flight (Dreamstime)

Patagonia has no shortage of natural wild habitats, so it’s no surprise to learn that the landscape is home to a variety of fascinating birdlife. Top of most visitors’ bucket list is the chance to catch a glimpse of an Andean condor, the national bird of Chile and among the largest vultures in the world. Recognised by its striking black and white feathers, the majestic creature also has a white fur neck but no hair on its head. If soaring in the sky above, the condor is astoundingly easy to spot — it’s hard to miss a massive bird with a wingspan of around 300cm .

5.  Befriend a guanaco on the Patagonian Steppe 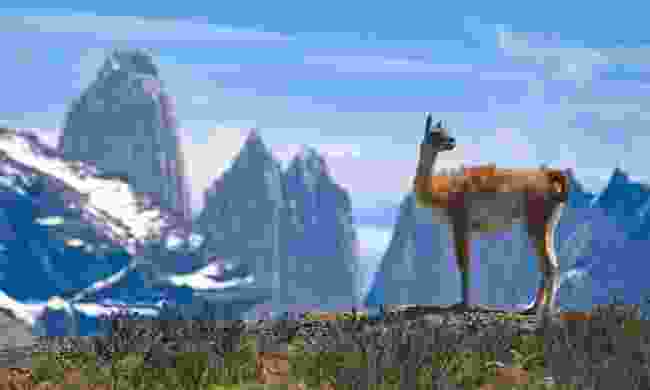 A guanaco in front of Torres del Paine (Shutterstock)

Travelling across the Patagonia Desert, keep a lookout for one of the region’s more comical creatures, the guanaco. A close relation to the llama, the furry, long-necked camelid is native to South America and is often seen gracefully strolling over the dry open countryside — though their light brown or rusty red colouring means they also blend in with the surrounding terrain. Vigilant travellers may experience other wondrous wildlife encounters too. The Fueguian fox, Patagonian armadillo, Huemul deer and Patagonian mara all call this part of the world home, as does the elusive puma. 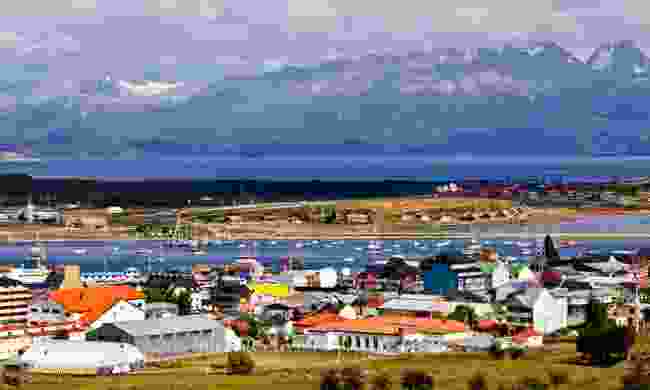 Ushuaia is known as the end of the world (Dreamstime) 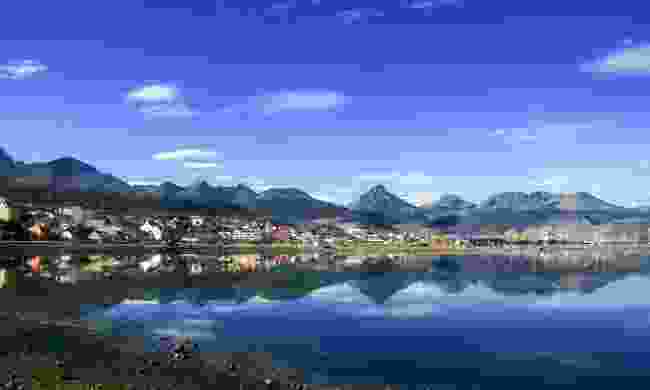 View of Ushuaia from the water (Dreamstime)

Ushuaia, the captivating capital city of Tierra del Fuego, is aptly nicknamed the end of the world, sitting on Patagonia’s southernmost tip. Originally developed as a penal colony in the late 19th century, the city’s prison continued to house the region’s most notorious criminals until 1947. Fortunately, there’s nothing untoward about visiting today. Indeed, a tour around the Mission, Brown and Solier neighbourhoods gives a thought-provoking insight into the life of the indigenous people who inhabited this remote coast. Take time to visit the End of the World Museum too, which has a remarkable collection of exhibits. You’ll find belongings of explorers and missionaries, and a salvaged figurehead from the shipwrecked Duchess of Albany

7. Set sail along the Beagle Channel 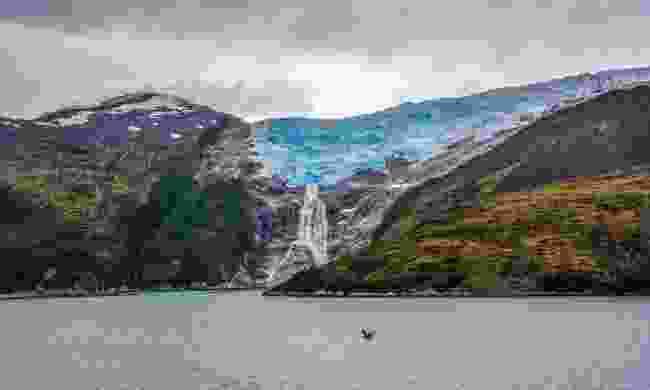 Romanche glacier, in the mountains of the Alberto de Agostini National Park, cascades into the Beagle Channel (Shutterstock) 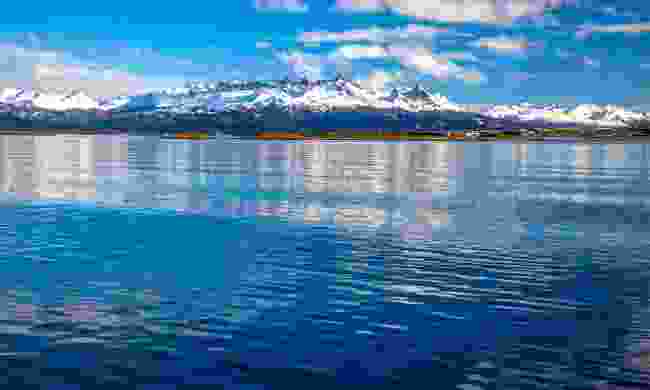 A view of the mountains from the Beagle Channel (Dreamstime)

Named after the HMS Beagle, the Royal Navy ship famed for taking Charles Darwin on his first round-the-world expedition, the Beagle Channel is a strait in the Tierra del Fuego archipelago. Jump aboard a modern vessel, and it’s now easy to follow in the English naturalist’s footsteps, sailing through a dazzling 240km stretch known as the Avenue of the Glaciers. No prizes for guessing what awaits — a string of tidewater glaciers push down to the edge of the sea from the enormous Darwin Ice Field and are referred to as Italy, Spain, Romanche and Garibaldi, after the countries or explorers who discovered them.

8. Marvel at the beauty of the Salto Grande Falls 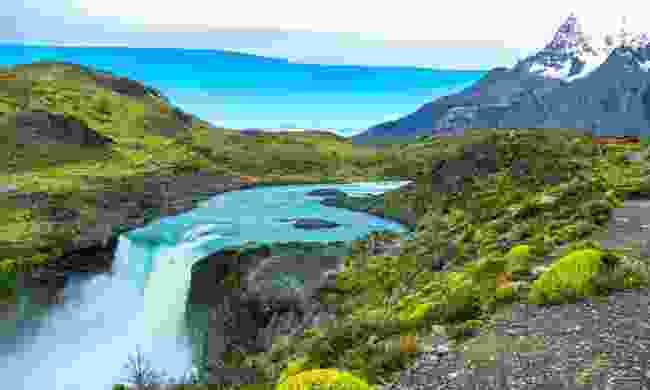 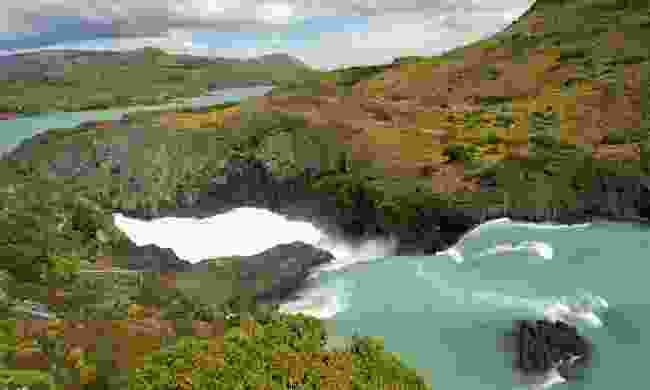 From the top of Salto Grande Falls(Dreamstime)

Waterfalls are mesmerising. Cascading water has a powerful allure and the capacity to stop you in your tracks, demanding your full attention. In Patagonia, the Salto Grande Falls in Torres del Paine National Park is a truly fine example of a grand waterfall, dropping 10 metres to merge Lake Nordenskjöld with Pehoe Lake. The thunderous force of the outflow as its funnels its way into a narrow chute is nothing short of spectacular. Add to that the waterfall’s powder blue colour, and you have an exhilarating rarity — a sight that enthusiastic photographers will be keen to capture on camera. 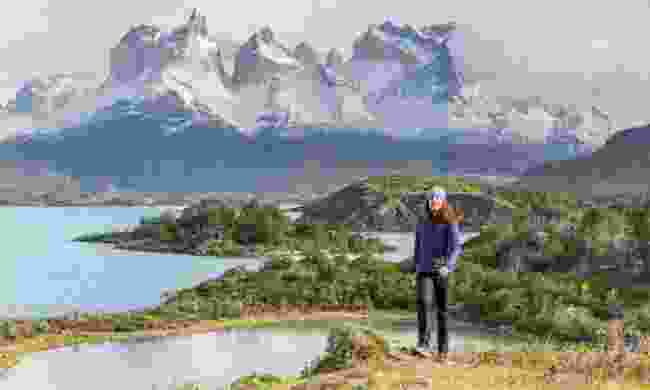 El Chaltén is located in the UNESCO-listed Los Glaciares National Park and as such is Argentina’s trekking capital, the gateway to the epic Cerro Fitz Roy. Winding trails run from the small mountain village to the base camp of the mountain’s prominent granite needles — at 3,405 metres high, the peaks tower above neighbouring jagged, snow-clad spires. Snow doesn’t settle on Fitz Roy itself as its sheer sides are simply too steep. Cerro Torre, the second highest peak in the massif, is equally as arresting. Its base camp can also be reached on a less-demanding day trek.