Home to dazzling coral reefs and waters teeming with marine life, PNG's underwater worlds await to be explored – and are the perfect place to take a plunge down under, no matter your diving experience

It’s no surprise PNG is consistently hailed as one of the world’s finest dive locations. With 45,000 sq km of coral reefs the selling point for adventurous divers is a global marine biodiversity hotspot boasting twice as many species as the Red Sea. And with a wide dispersion of dive-sites it’s almost certain divers will enjoy these encounters in glorious isolation.

This marine diversity has been fashioned by PNG’s location within the so-called Pacific Ring of Fire where submarine volcanic activity has created fertile undersea conditions as well as spectacular hidden topography fostering superb wall-dives and drop-offs alive with corals. Across the three major islands of New Guinea, New Britain, and New Ireland, diving can be enjoyed year round with sea temperatures averaging from 26ºC in the Coral Sea to 31ºC in the Bismarck Sea. Although broadly speaking the best visibility is likely to be outside of the rainy season from April to November. 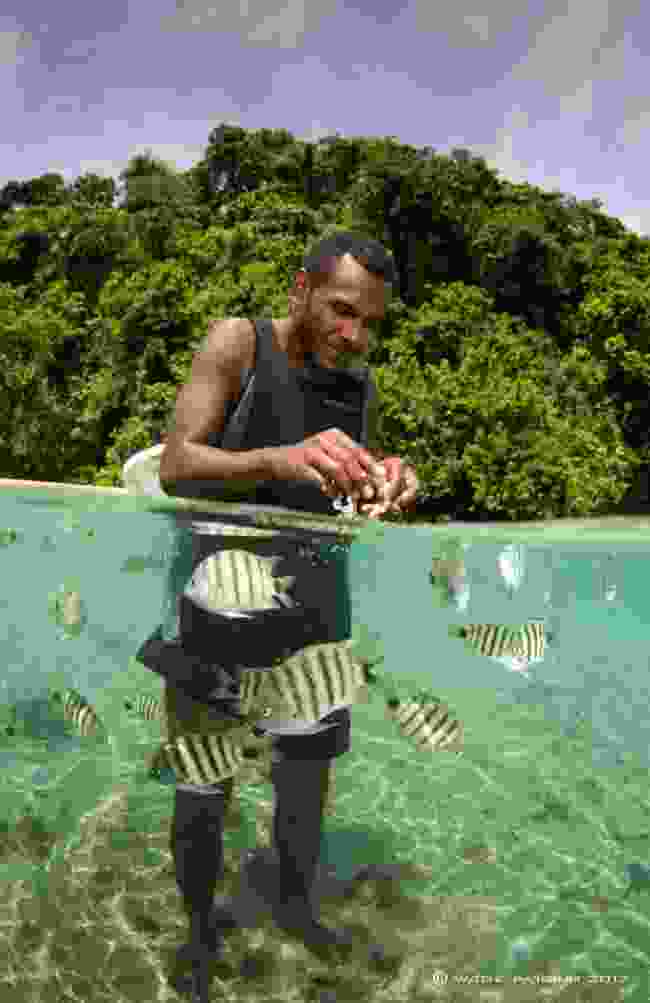 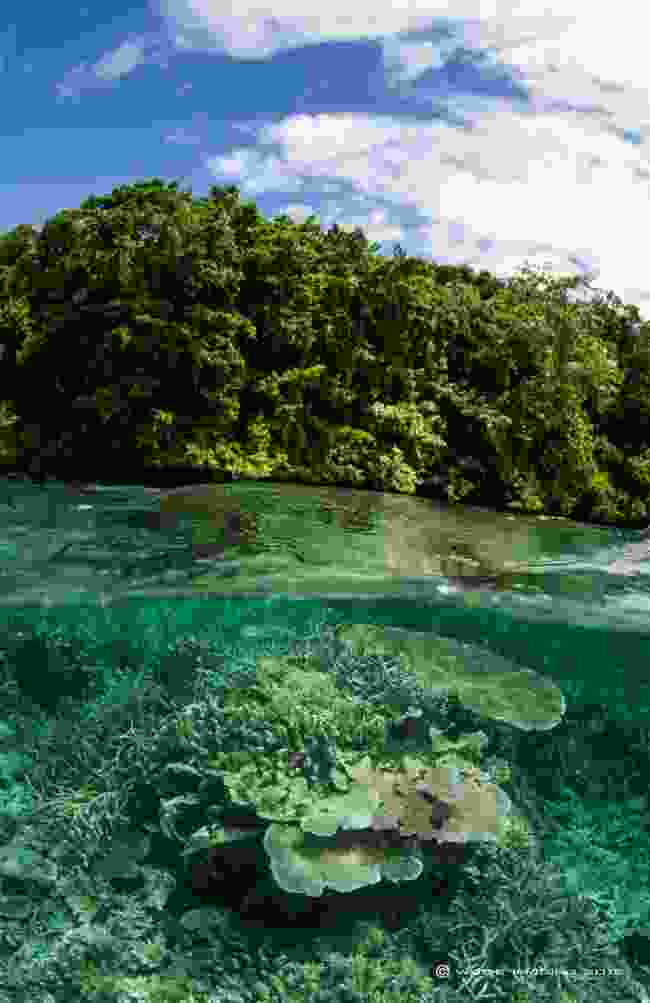 The stellar rise of diving has been complemented by the arrival of top-class facilities ensuring divers can venture further afield on a single trip in greater comfort and with state-of-the art technical support. This includes a growing commitment to divers’ safety such as the availability of recompression chambers of which the best known is an international hyperbaric facility in Port Moresby. Dive-operators with extensive experience reputations are running ever more adventurous tours in PNG while world-class resorts offer high-quality scuba equipment to rent, PADI training, and Nitrox, which allows divers to extend their time underwater.

Great strides have also been made to guarantee the extraordinary marine biodiversity is conserved and safety standards are maintained. Hence a small Environment & Safety fee goes towards improving hyperbaric facilities and to sustain the PNG Divers Association that promotes ethical practice among operators and marine conservation work.

Choosing just how to dive and what to see however can seem almost as bewildering as the diversity of Papua New Guinea’s undersea marine life. The outline below provides a few suggestions of just how to dive in PNG and where to do it. More details can be found at www.diveglobal.com. 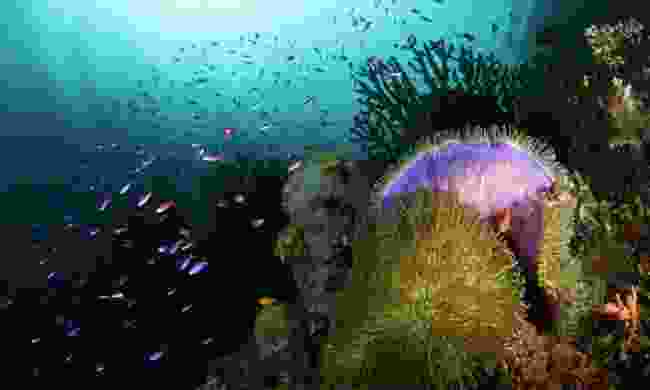 This is a fancy way of saying ‘why would I want to go too far from my resort when there are world-class reefs on my doorstep’. Imagine strapping on your tank and wading out from a sandy beach to dive reefs teeming with life. There are many small and exclusive resorts in PNG offering such chilled diving experiences. A particular hotspot for house reef dives are the island locations around New Britain and New Ireland in the balmy Bismarck Sea, which features 70% of all Indo-Pacific coral species. A delightful example of diving on your doorstep is Lissenung Island Resort off New Ireland with room for just 14 guests. Among their pristine house reefs and sea-grasses divers can expect to see up to 175 species of fish including cockatoo waspfish and seahorses.

Liveaboards are well-equipped vessels offering full-board accommodation and dive-equipment that typically offer divers packages for anything from 5-10 days at sea cruising between sites and offering multiple daily dives. They have proliferated here in recent years so now dozens of liveaboards, many based at established resorts, offer a wide choice of comfort and location. Such vessels include the 22m-long M.V FeBrina. It hosts 12 guests and is based out of the world-famous Kimbe Bay on the northern coast of New Britain. It’s a fantastic way to get the most from sublime dive-spots like Inglis Shoals and Susan’s Reef. Liveaboards are also ideal for partners who may not dive and prefer to just snorkel. 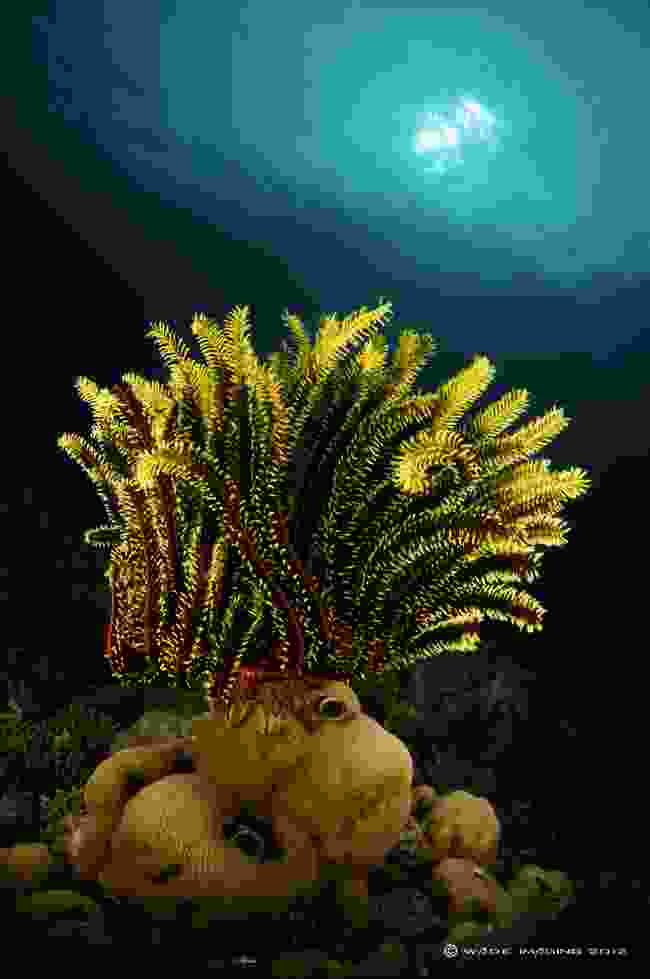 The term ‘muck diving’ is somewhat synonymous with Papua New Guinea. Paraphrasing an old aphorism - ‘where there’s muck there’s brass’ - muck dives are a fascinating ways to discover weird and less-obvious marine critters often overlooked on open-water dives. Tufi Resort off mainland Oro Province is one such example of a muck dive where divers go into depths less than 10 metres from a jetty to discover creatures making their home close to the shore. Among human litter, some historic, including an old Landrover, divers can discover an unimagined marine fauna of ghost-pipes, nudibranch gastropods and gobies. 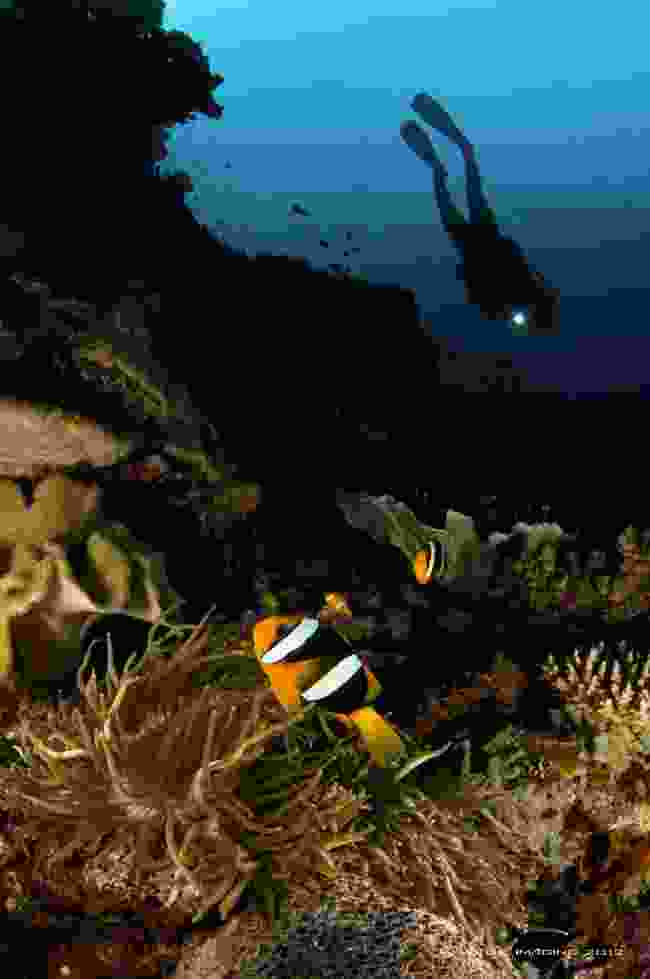 Free diving is an established niche pastime of diving without air-tanks that has its origins in the pearl divers of the Pacific Ocean and the Mediterranean sponge-divers. Many Papua New Guinean resorts and liveaboards now cater for freedivers offering a safe environment for beginners and experienced alike. Getting up close to marine life with just a lungful of air can be wonderful but should only be attempted with training and under supervision with specialists such as Encounter Freediving www.encounterfreediving.com.au. Kimbe Bay is touted as a perfect free-diving environment with a sharp drop-off above 80m close to Walindi Plantation Resort.

Visibility and pristine corals in smooth calm lagoons offer superb snorkelling that can be just as exciting as diving itself. Any resort with off-shore corals will be suitable. Besides corals and larger fish encounters snorkelling is a great way to explore shallow water wartime wrecks sprinkled across Papua New Guinea. 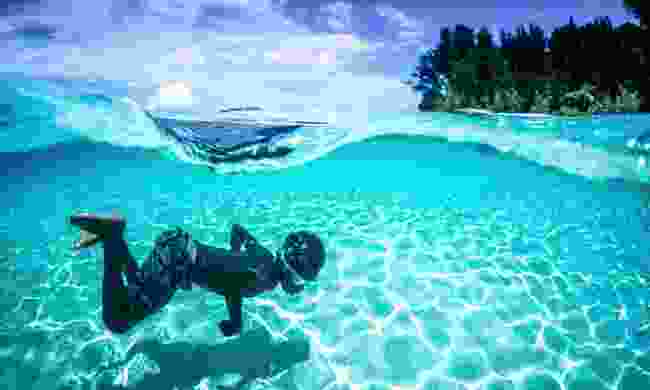 If a positive can ever come from war it’s the huge quantity of sunken wartime ships, planes, and submarines, from WWII’s allied clashes with the invading Japanese. It has left PNG’s coastal waters strewn with thrilling wrecks to explore both by snorkelling and with deeper dives. A standout location is Rabaul on New Britain Island – a former Japanese naval base. The bay is a graveyard of rock-cut features, sunken boats, and downed Japanese planes. Other photogenic air wrecks include Mitsubishi Zero fighters and a ditched American B-17 Flying Fortress at a deep-water dive site called Boga Boga.