Head to these unique festivals across Papua New Guinea – with the beat of drums, mesmerising dances and spectacular sights galore...

If you placed a representative from each of Papua New Guinea’s 840 indigenous Melanesian language groups in a museum it would be the most colourful cultural collection on Earth. From the music of traditional sing-sings to headdresses woven from birds-of-paradise feathers every clan encounter is a photogenic feast. 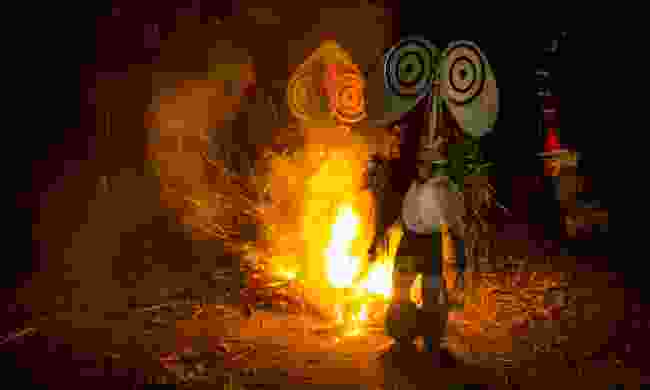 This East New Britain Island shindig celebrates PNG’s highly symbolic masks used in dance performance and storytelling. The masks are important in traditional beliefs and those donning them are said to adopt their ancestors’ spiritual powers. The opening Kinavai performance of this festival is graced by the arrival of the local Tolai clan dancing disguised as Tubuan and dukduk spirits in remarkable full-bodied masks woven from feathers and bark covering cane frameworks. Look out for the performances of the Baining fire-dancers plunging trance-like through bonfires lighting up the night sky. 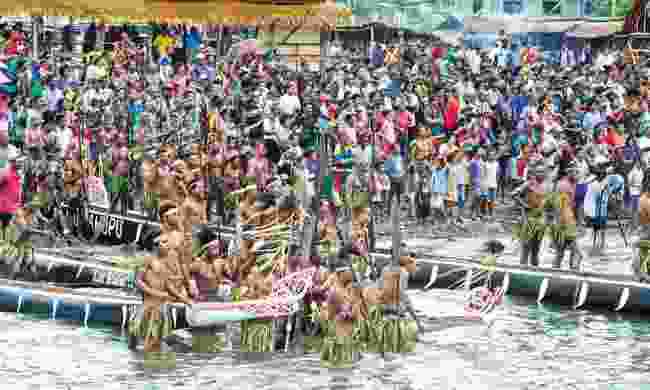 Set to the stunning backdrop of Milne Bay, one of PNG’s marine biodiversity hotspots, this festival has a South Pacific vibe as canoe races and marine skills celebrate the coastal people’s affinity with the sea. A spine-tingling opening at dawn sees conch-shells blown while kundu drums pound a rhythmic beat. As the brightly decorated canoes compete at sea watching crowds are entertained onshore by dance and sing-sing. 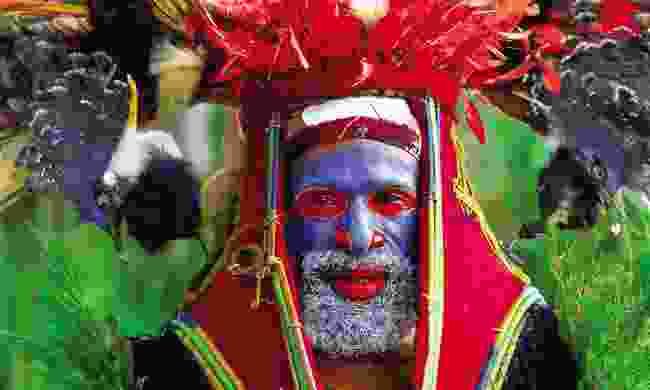 Clan culture has slowly fermented in the mountainous Highlands region where the Jiwaka people show off their rich traditions during a two-day show. Three clans called the Wahgi, Jimi, and Kambia represent the Jiwaka. They participate in an array of demonstrations and ceremonies including the building of vine bridges and courtship dances. There is an eye-catching ceremony called ‘Kunda Kimba’ that demonstrates how Highland people resolve conflict with a sacrificial pig-killing ritual. 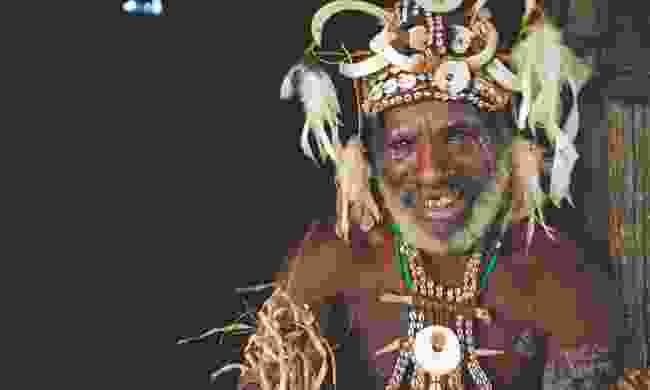 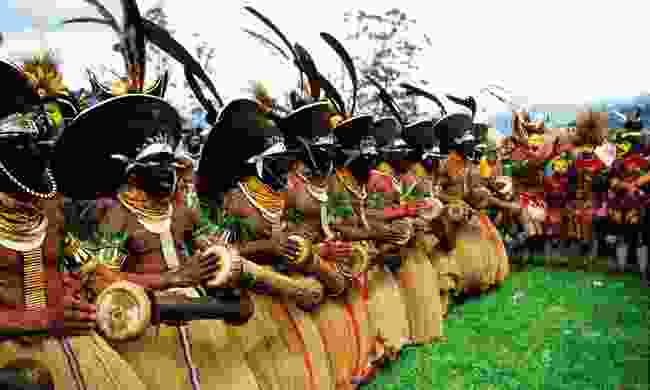 It was only back in the 1930s that the Enga culture in the northern Highlands region was revealed to the world by explorers. Life is changing fast here with the onset of mining but the Enga are determined to remember their heritage. The show is relatively undiscovered by foreign tourists so those attending will be awe-struck by the sing-sing performances’ costumes, drumming, and dancing – many recalling the warlike exploits of the Enga. In particular, the Sili mud-dancers are highly photogenic with black-painted faces and wigs woven from human hair. 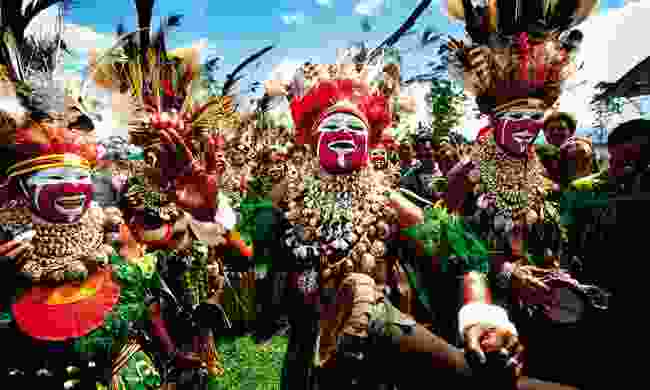 Mt. Hagen is the backdrop to a huge festival that is a veritable of encyclopaedia of clan performers from across the Highlands. Definitely more touristy but you will need two-days to take in this breathtaking spectacle of colour. Arrive early to watch the dress rehearsals and the groups being kitted out for their performances as they don precious headdresses featuring birds-of-paradise feathers. Among the performances, which may feature 1,000 or so participants on the showground at any one time, are the famed Huli Wigmen with their feathered hair-grown wigs and yellow painted faces. 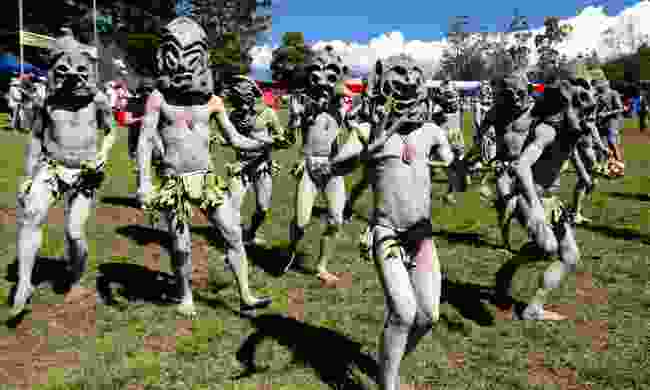 Papua New Guinea’s oldest and biggest show is performed in the Eastern Highlands and is the ‘daddy’ of them all attracting thousands of visitors to witness displays of dance, tribal singing, and ritual practices. The three-day event is a cacophony of sing-sings with over 100 clan groups participating. Among this melee is the famed Mudmen of Asaro who put on a ferocious display of spear waving smeared heat-to-toe in grey mud with grotesque clay masks intended to scare the living daylights out of their enemies. 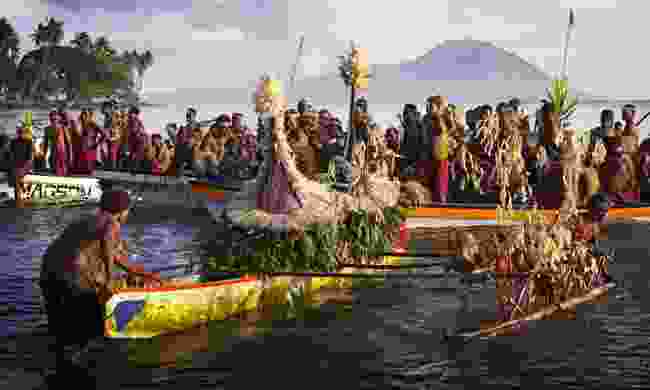 This lovely less hectic affair celebrates the rebirth of the coastal city of Rabaul destroyed by several devastating volcanic eruptions of Mt. Tavurvur in 1994. It’s said frangipani was the first flower to bloom through the coating of ash. The daylong affair features sing-sings, boat races, and culminates in Baining fire-dances. It’s a real community show. Don’t miss the performance of the Tolai whip dancers: an eye-flinching display of male initiation as decorated young men received choreographed lashes. 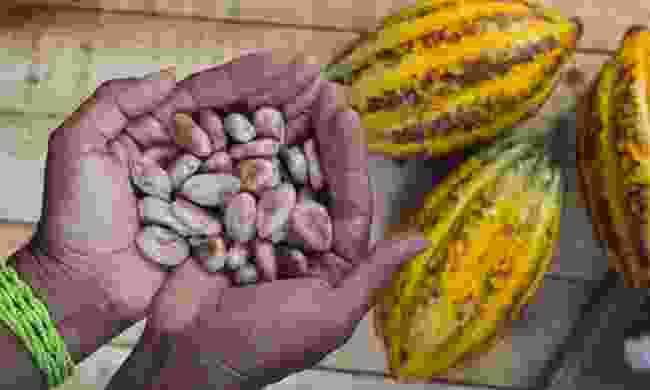 Chocolate is the irresistible theme of pure indulgence celebrated in a small festival on this lovely autonomous island off Northern Papua New Guinea. The island’s cherished cocoa production is revered with demonstrations of chocolate making and tastings along with music from live bands and cultural displays. 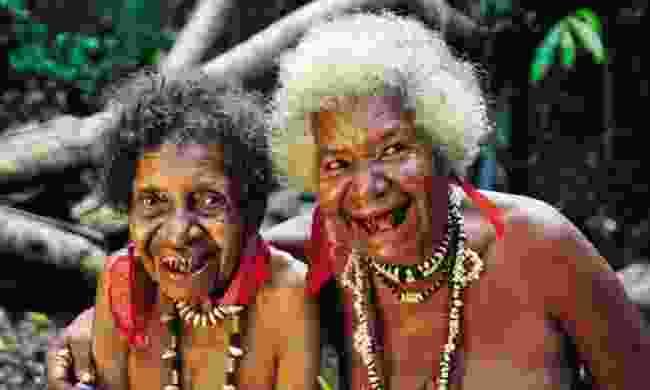 Two very iconic cultural traits are represented by the Tufi people in remote Oro Province: tattooing and tapa bark cloth. This engaging cultural expo features female facial tattooing to mark girls transition into womanhood and visitors can watch the production of prized tapa cloth with its glorious local designs that are famed among the Tufi people.