6 amazing adventures in Oman to have in 2020

Here are six of the best adventures you can have on a trip to this corner of the Arabian Peninsula that will make you want to book a trip this year...

With craggy mountains, rippling cream-coloured dunes and a shimmering coastline, Oman is an extraordinary natural playground fit for a modern-day Lawrence of Arabia. Here are six of the best adventures you can have on a trip to this corner of the Arabian Peninsula… 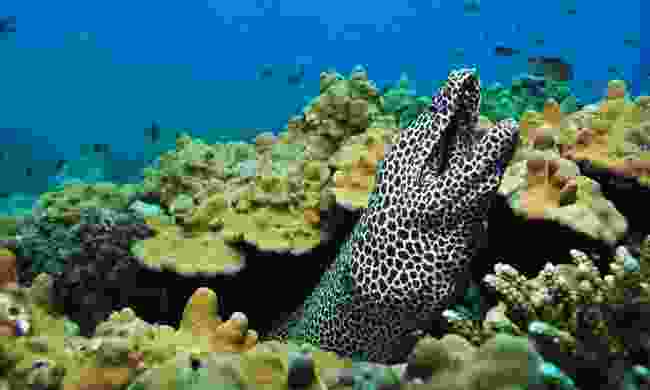 Find honeycomb moray eels amongst the coral in Oman (Shutterstock)

With over 3,000km of coastline brimming with rich marine life and kaleidoscopic coral, Oman is a haven for divers. One of the most accessible and impressive diving spots is the rocky, nine-island Daymaniyat archipelago lying just off the coast of Muscat. Being the world’s largest nesting ground for hawksbill turtles would be remarkable enough, but the eye-popping coral gardens and colourful cliffs make it scarcely believable.

Away from Muscat, Al Fahal Island’s shallow sandbanks are a magnet for blacktip reef sharks and mobula rays, while honeycomb moray eels peek out from underwater caves at Bandar Khayran. In the south, visit Salalah in the summer and you can dive among both coral and kelp, found within just a short distance of each other. Oman’s mountains aren’t just for admiring from the outside. Deep within lies a subterranean network of caves that few travellers know about. Jebel Shams is a major draw for hikers but at its base lurks Al Hoota Cave. Guided tours proffer an insight to its array of stalagmites, stalactites and quartet of underground lakes speckled with Omani blind cave fish. Or, if you’re after something off the beaten track, venture beyond the cooling pools of Wadi Bani Khalid to lesser-known Muqal Cave; its narrow pathways and low ceilings are home to plenty of bats. Teeq Cave in Dhofar overlooks the bird-rich Tawi Ateer Sinkhole – and if you’re a skilled caver don’t miss Majlis Al Jinn, the world’s second-largest known cave chamber. Quite simply, Oman’s rugged peaks were made for mountain biking. The rocky drama of the Al-Hajar Mountains are veined with twisting trails, and Jebal Al Akhdar boasts some of its most scenic slopes, living up to its name as the ‘Green Mountain’ between March and May, when its terraces of damask rose fields bloom. If you have legs of steel, then reaching the summit of Jebel Shams (3,028m), Oman’s highest peak, is a tough but rewarding climb. Cycling here also reveals the Hajar valley’s hidden villages, including the honey-coloured houses of Al Hamra and mountain-hugging Misfat Al Abriyeen.

The Musandam Peninsula is also great for mountain biking, and a pedal to the top of Jebel Harim (2,087m) affords panoramas of the region’s epic, fjord-like landscape. 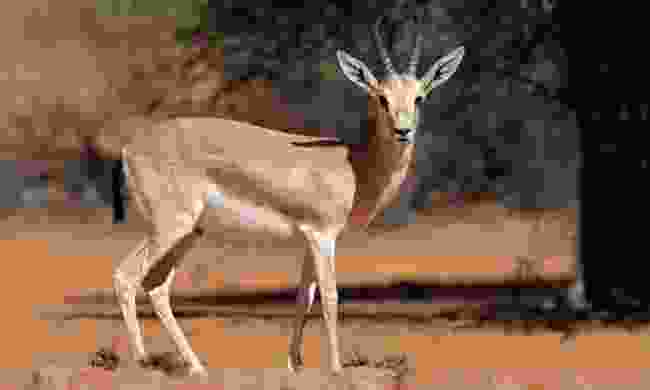 Oman’s landscapes also harbour diverse wildlife that it’s keen to protect. There are lots of elusive animals to be found across the country, from the endangered Arabian leopard prowling the Dhofar Mountains at Jabal Samhan Nature Reserve to the relatively unknown Al Saleel National Park in Ash Sharqiyah, home to the rare Arabian gazelle and Omani wild cat.

On the coast, Ras Al Jinz is one of the world’s most important sanctuaries for nesting green turtles, while whale-watching trips from Muscat or Salalah see encounters with orca and humpback, sperm and even blue whales. The latter city is also a birdwatching haven, with the likes of steppe eagles and crested honey buzzards soaring overhead. 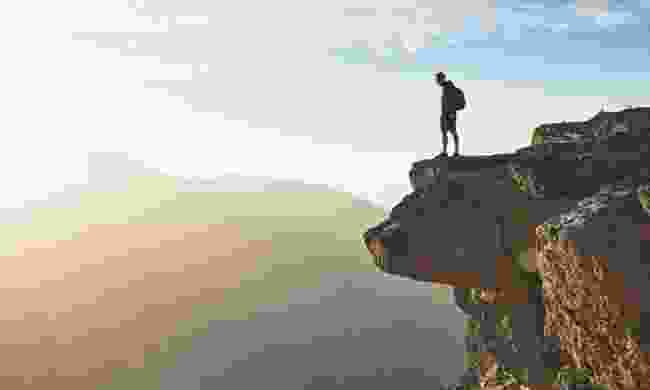 The Hajar Mountains also cater well to walkers. Jebel Shams claims two of the country’s most spectacular routes, with sections of the summit trail overlooking the majestic Wadi Nakhr canyon – nicknamed Oman’s 'Grand Canyon' – and heart-pumping Balcony Walk, which skirts along the cliffs to the abandoned village of As Sab.

The pools and lush palms of Wadi Tiwi and Wadi Bani Khalid prove a great way to bookend
a multi-day walk through the sweeping valleys of the Eastern Hajar but, if you’re pushed for time, the Riyam Walk is a half-day hike located just a short drive from Muscat, packed with beautiful and rocky landscapes. 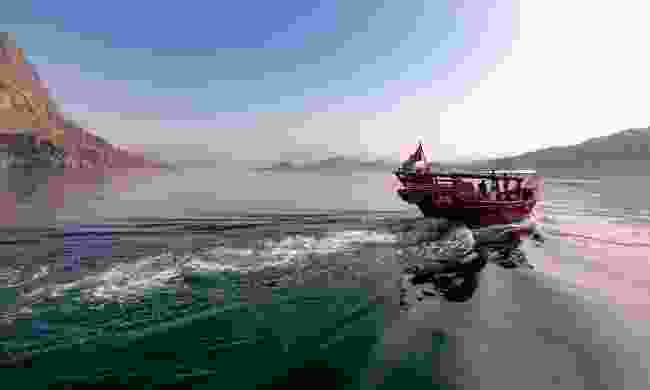 Dhow sailing in the fjords of Musandam (Shutterstock)

In Muscat, beginners can try their hand at stand-up paddle boarding, kitesurfing and windsurfing - straight from its shores. Stand-up paddle boarding is a particularly good way to explore the country’s wadis too, such as the date palm-flanked Wadi Al Arbeieen or emerald waters of Wadi Darbat near Salalah.

Oman also has a rich history and heritage of dhow-building so gliding through the khors (rocky inlets) of the Musandam Peninsula makes for a magnificent experience, where you may even be joined by some humpback and bottlenose dolphins, too.

They all feed into the country’s rich tapestry of intrepid activities, so no matter your preference on how you like to explore, you can find it in Oman.