6 great ways to get back to nature in Nicaragua

Green is the perfect adjective for Nicaragua. Not only does it apply to the country’s lush jungles but also to the raft of responsible measures Nicaragua has introduced to make sure that its areas of pristine and natural beauty stay protected for generations to come. Its nickname of ‘The Land of Lakes and Volcanoes’ gives you an accurate insight of what to expect, but Nicaragua’s biodiversity goes far beyond cinder cones and a web of waterways. Here’s six of Nicaragua’s best natural experiences… 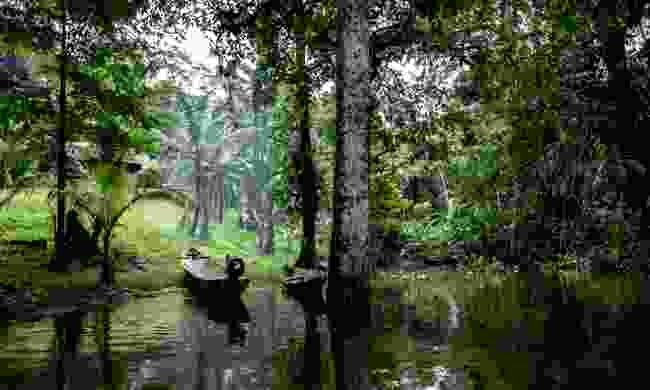 Canoes on the waters of the Indio-Maíz biological reserve (Shutterstock)

Despite being the largest country in central America, Nicaragua has managed to skirt much of the attention received by its neighbours but is more than able to match them in terms of areas of natural beauty and wildlife.

To appreciate how green Nicaragua really is, pay a visit the Bosawas Biosphere Reserve in the north. It covers a staggering 14% chunk of the country, a steaming swathe of thick rainforest that’s also the largest tropical forest to be found north of the Amazon. Winding jungle trails are your way to access this wilderness and its 600-plus bird species, as well as ethnic tribes like the Miskito people.

At the opposite end of the country in the south-east, the Indio Maíz Biological Reserve is another untamed slice of wildlife-filled forest, with much of it protected so naturalists, scientists and travellers from the world over can learn and discover more about this wild region. 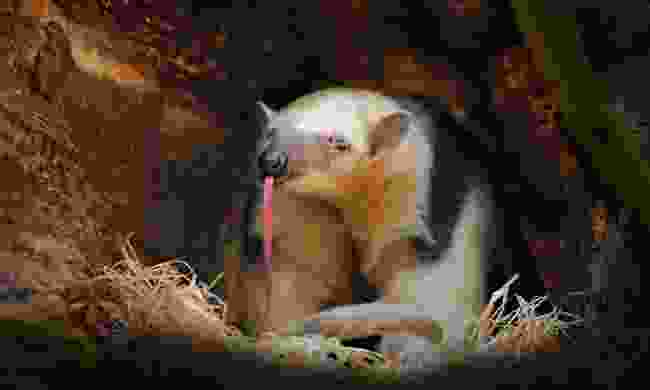 With Nicaragua’s landscapes left as nature intended, the wildlife has thrived. The likes of pumas, jaguars, anteaters and armadillos roam the dense jungle of the Indio Maíz Biological Reserve, and you’ll need to keep one eye on the canopy to spot elusive two- and three-toed sloths and howler monkeys too. At the reserve’s southern end lies the Rio San Juan, where boat trips afford sightings of caiman and crocodiles, while macaws squawk from overhanging branches.

Nicaragua’s bigger expanse of waters will continue to reward travellers; from migrating humpback whales and nesting sea turtles on the Pacific Coast to the rare freshwater bull sharks that swim in Lake Nicaragua. 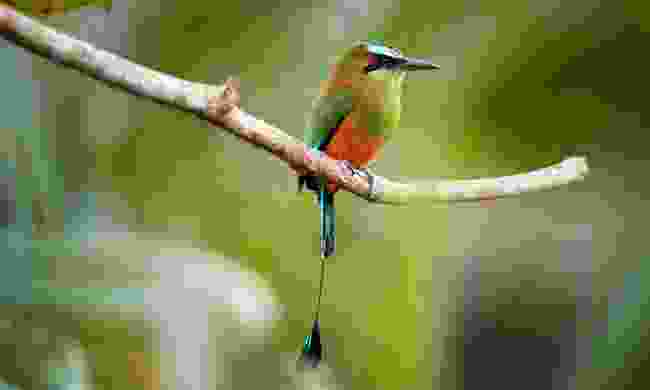 The guardabarranco is the national bird of Nicaragua (Shutterstock)

Macaws are just one of the more than 700 bird species to be found in Nicaragua and one of the best and most rewarding places to spot them is the Miraflor Nature Reserve.

This reserve is managed and protected by local communities and is home to 200-plus species, including quetzals and the guardabarranco, Nicaragua's national bird. 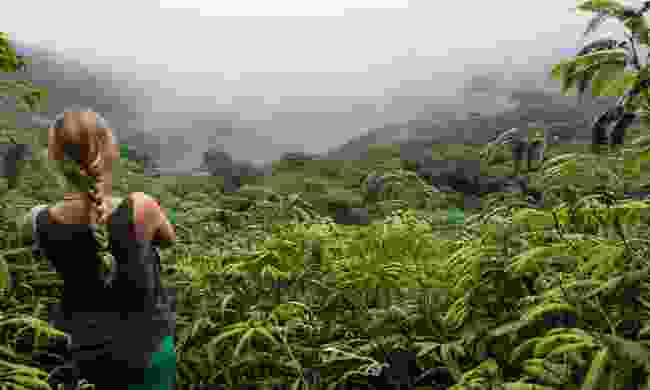 With 28 volcanoes and 14 volcanic lagoons, Nicaragua’s nickname as ‘The Land of Volcanoes and Lakes’ is more than justified. In fact, the country stands among the top in the world for its number of volcanos, sitting alongside Iceland and New Zealand, and is home to 19 active and bubbling funnels, all slung like a chain along the western coast. What is remarkable is the sheer variety of these volcanoes; from the angry, smoking plumes of Masaya to the emerald-coated cones of Concepción and Maderas (both of which can found on Ometepe Island). Most of the volcanoes’ summits can be reached on hikes of varying difficulties. Cosiguina, for example, makes for an easy-going ascent up leafy slopes to a jade-hued crater lake with far reaching views over not just Nicaragua, but Honduras and El Salvador as well. 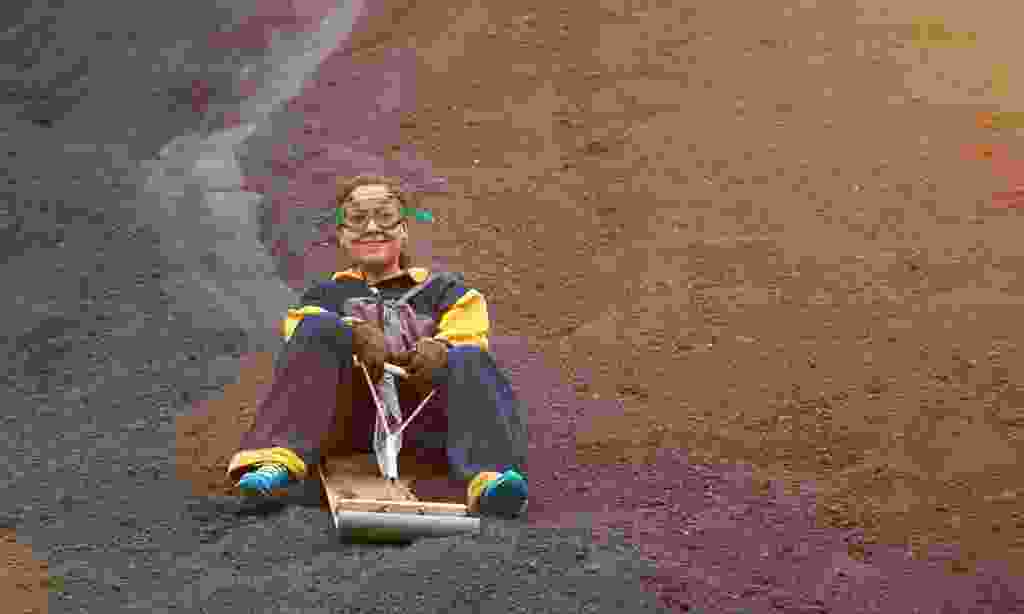 The ways in which you can experience the volcanos also feels limitless. You can go swimming in the Apoyo Lagoon, zip-lining in the forests of Mombacho, be wowed by Masaya’s red-hot lava centre and hop on a board for a thrilling descent down the charcoal-black slopes of Cerro Negro. 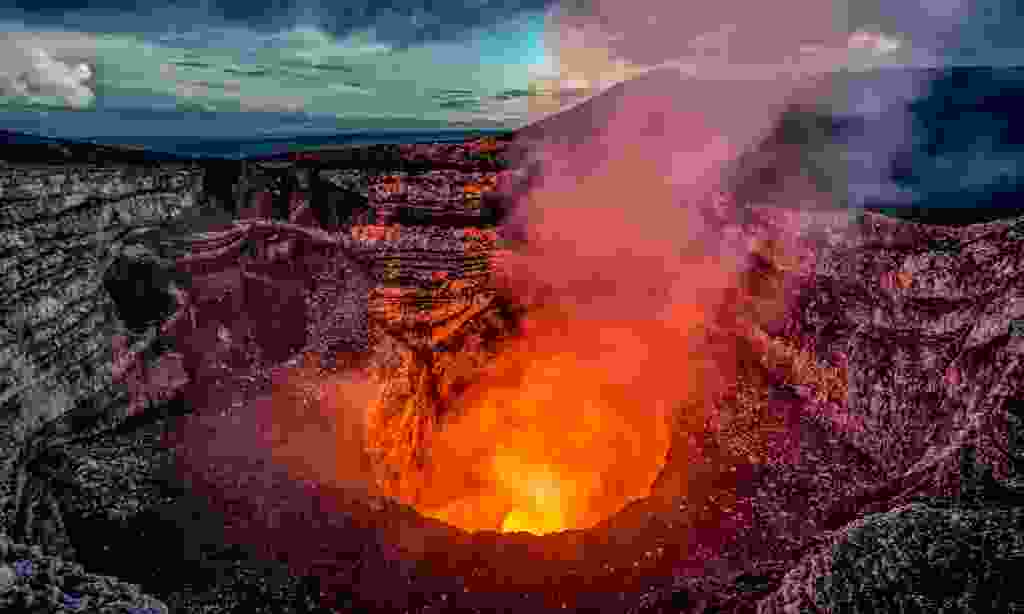 4. Island hopping on a lake 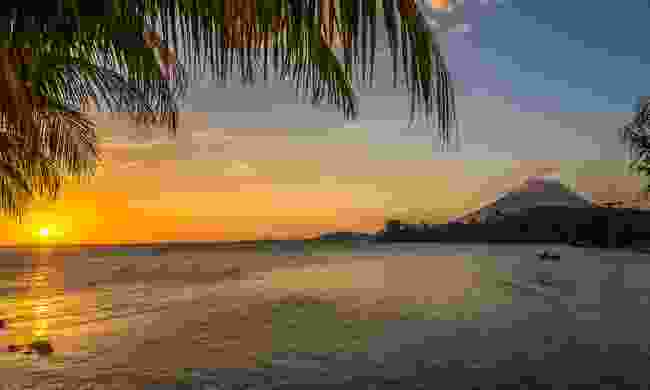 Look out over the huge expanse of Lake Nicaragua (Shutterstock)

Nicaragua is also home to Latin America’s second-largest freshwater lake; Lake Cocibolca, a name given by the pre-Columbian Nahuatl people. Also known as Lake Nicaragua, this body of water is so immense that when it was found by Spanish explorers, they thought it another sea for there was nothing but water to the horizon.

Pocking the lake’s expansive waters are islands such as Ometepe, the planet’s largest freshwater island. The Nahuatl’s legacy lives on here, with their petroglyphs sprinkled here and there, but its pair of volcanoes, Concepción and Maderas, are the island’s headline feature. Both promise excellent hiking trails to the soundtrack of loud howler monkeys, with Maderas also hiding the 64m-high San Ramón waterfall upon its slopes. 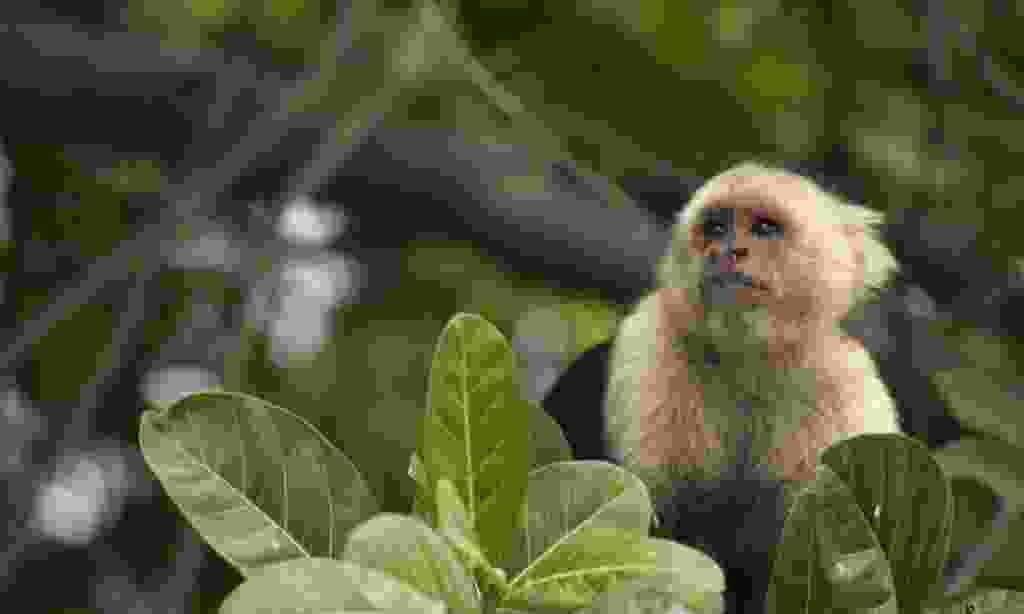 Ometepe isn’t Lake Nicaragua’s only island, though. The 36-island Solentiname archipelago is a remote retreat and home to small communities. The locals here are reputed to be talented artisans, untouched by the influence of wider civilisation. Then, close to the mainland, there is Las Isletas; the rocky remnants of a Mombacho eruption from millennia ago. A kayak around these will soon have you nose-to-snout with curious capuchin monkeys.

5. Make for the Emerald Coast 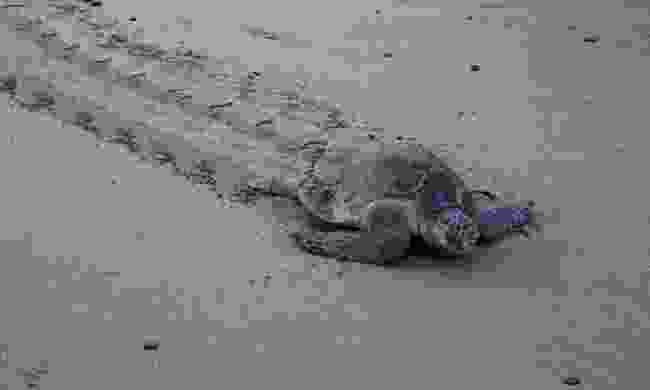 A Ridley sea turtle nesting on the shore (Shutterstock)

With its forest-fringed volcanic beaches lapped by the wild Pacific, the western fringe of Nicaragua has been dubbed the Emerald Coast. Nicaragua’s Pacific Coast is an important spot for sea turtles, who come to lay their eggs on the bronze-blushed beaches. Olive ridley sea turtles are the most frequent visitors, as well as paslama and parrot turtles. Nature reserves such as Juan Venado Island, Chacocente wildlife refuge and La Flor Wildlife Reserve all make for a great place to visit, not only for the chance to spot turtles but also to witness and contribute to the fine conservation work they do, which includes establishing turtle nurseries.

Like to surf? The wild waves of Nicaragua’s Pacific coast have made it a popular destination for surfers and the humble fishing villages of Gigante and Popoyo transformed into hip beachfront towns thanks to their proximity to the surf.

This coastal town can also prove a good spot from which to admire Nicaragua’s marine life. A cruise along the shoreline on a local panga or sailboat will give you the best chance to spot dolphins playfully frolicking among the waves and a chance to spy the Humpback whales that migrate through these waters. The whale watching season traditionally falls between December and March and the best time to travel, but the bumper months of November and April might also yield the occasional tail of early/late arrivals. 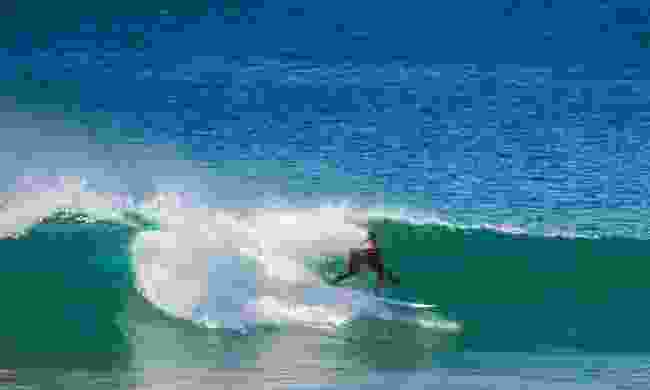 Surf's up on the beaches of Nicaragua (Shutterstock) 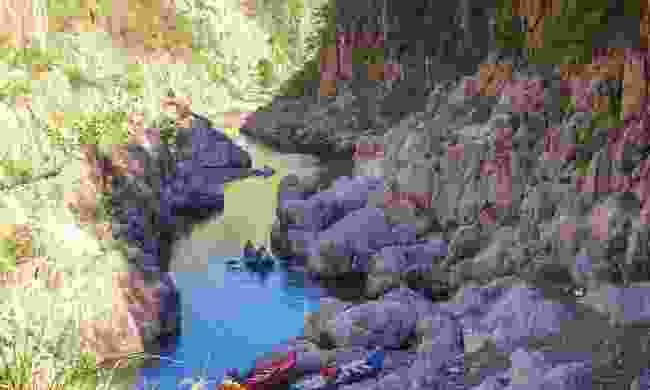 Slow travel is the best way to soak up Nicaragua’s wonders and traversing its rivers is no different.

Sidling the border between Nicaragua and Costa Rica, a boat ride along the San Juan River is one steeped in history. Journey here and you’ll be tracing the in the wake of Spanish conquistadors, pirates, the much-storied Admiral Nelson (who, in his youth, joined an operation to capture strategically important Spanish settlements on the river, before the campaign was wiped out by Yellow Fever) and legendary American writer Mark Twain who wrote about his passage through the country in 'Travels With Mr Brown'.

A cruise along the river also affords you some of the best wildlife watching in the country, with rich birdlife such as herons, ospreys and cormorants, while jaguars prowl the banks. After dark, you can glimpse the glinting eyes of caiman by moonlight.

A designated national monument, tracing the Somoto Canyon couldn’t be more different. Carved by the Coco, Central America’s longest river, you can hike, climb, swim and canyon your way through this rugged gorge (a guide is recommended) for an off-the-beaten-track Nicaraguan adventure to remember.

Ready to dive into more of Nicaragua’s amazing eco-tourism experiences?

Find out more at visitnicaragua.us