Unexpected Monaco: 3 reasons to visit the principality and why it will surprise you

As a destination that is constantly reinventing itself, and with a rich history and culture as well as plenty of green spaces, visitors will find there’s more to Monaco than first meets the eye...

At less than two square kilometres, Monaco is the second smallest country in the world, yet it is packed with a tapestry of travel experiences. As a destination that is constantly reinventing itself, and with a rich history and culture as well as plenty of green spaces, visitors will find there’s more to Monaco than first meets the eye. Here’s three ways Monaco will surprise you… 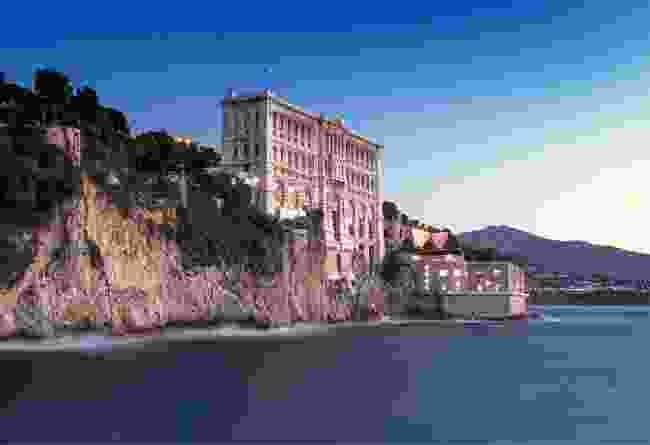 The Oceanographic Museum was founded by Prince Albert I (©BVergely)

As a harbour city, Monaco has a colourful past and its long culture and history are evident in all corners of the country. There are many museums to choose from but the world-renowned Oceanographic Museum – housed in a Neoclassical palace perched on the edge of the cliffs that looks out over the Mediterranean Sea – is a must. Inside, find more than 6,000 specimens, an immersive exhibition on the Great Barrier Reef, and a rescue centre which cares for and rehabilitates turtles.

Constructed in 1878 and designed by architect Charles Garnier, the Opéra de Monte-Carlo is also worth seeing from the outside and in. The lavish building hosts some of the top names in the world of opera. 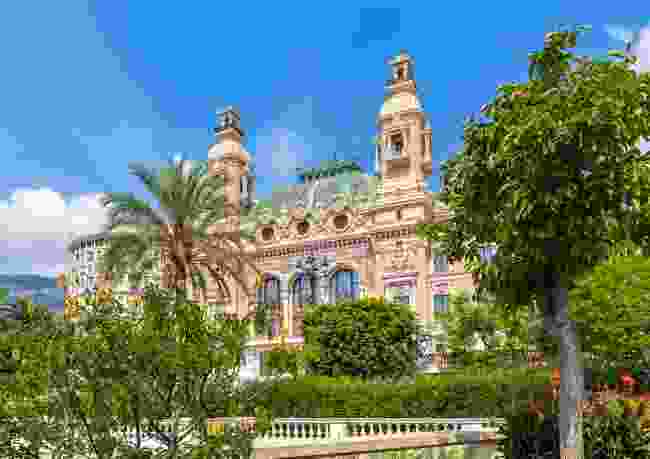 Don’t miss a visit to the Roman-Byzantine Cathédrale de Monaco, built in 1875 from white stone sourced from a French commune called La Turbie. The cathedral houses the tombs of Monaco’s former princes and princesses, a looming altar and the white Carrara marble Episcopal throne.

The Prince’s Palace of Monaco also has a long history, dating back to the early 13th century. The palace lies on the Monaco Rock and is the official residence of the Grimaldi family. The palace is set to reopen many of its richly decorated rooms to visitors in 2022, offering a glimpse into royal life through the centuries.

Finish your historic tour with a wider exploration of the Old Town, strolling the narrow alleys dating back to the Middle Ages that link together little squares, to feel like you have gone back in time. 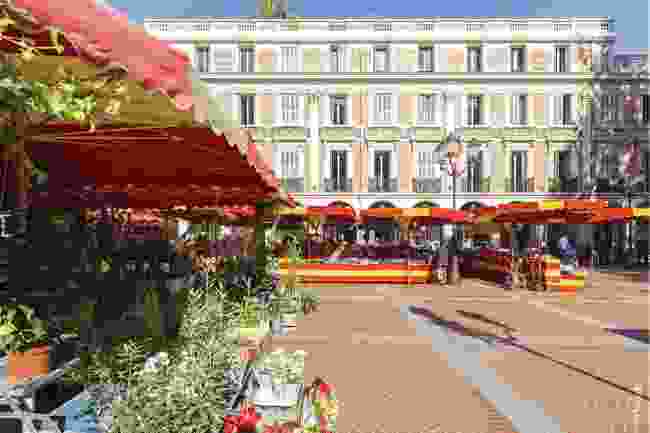 Monaco has a diverse range of food options from Michelin starred restaurants to traditional brasseries and bistros. The country is home to a medley of cultures, and this is reflected in the cuisine; enjoy everything from French, Italian, Mediterranean, and fusion dishes.

Situated in the Place d’Armes, La Condamine Market originally opened in 1880 and is a favourite among locals and visitors alike. Packed with open-air fruit and vegetable stalls, the space offers locally sourced and sustainable produce. Dishes of all types of cuisine are served up here, including Monégasque specialities such as barbagiuans. This tasty appetizer is a fritter stuffed with Swiss chard and ricotta, among other ingredients. Eat one under the shade of an arcade while watching local life pass by. 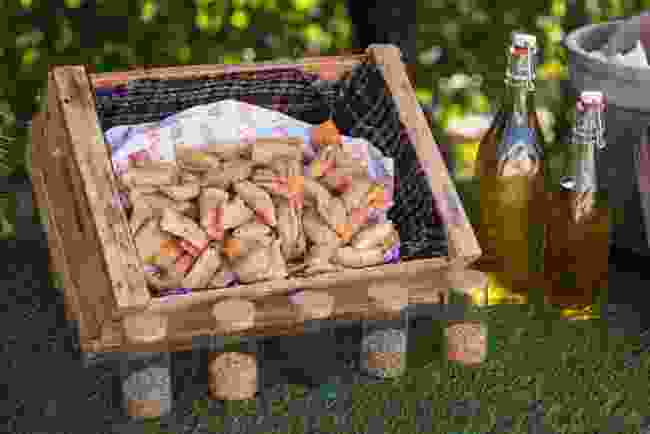 For something more special, book a table at Mada One restaurant to try chef Marcel Ravin’s impressive menu that features French classics for breakfast such as buttery, flaky pain au chocolats and eggs benedicte, as well as lunch specials including toast caprese or avocat.  Don’t miss the chef’s signature dish, the Monegu, a ‘travel cake’ inspired by brioche and panettone that is in the colours of the Monaco flag. Another must-visit is Michelin star restaurant Yoshi where chef Takeo Yamazaki pays tribute to Japanese cuisine through his delicately flavoured soups, sushi and maki, all made with yoshi (kindness). For a more authentic dining experience, try the family-owned Montgolfière Restaurant, renowned for serving up traditional dishes using locally-sourced products.

Sweet tooth? Make a beeline for the Chocolaterie de Monaco. First established in 1920, the confectioner is the official supplier of the Prince’s Palace and sells an array of gourmet chocolates as well as premium loose-leaf tea. It’s almost impossible not to leave armed with several boxes of the locally produced treats. 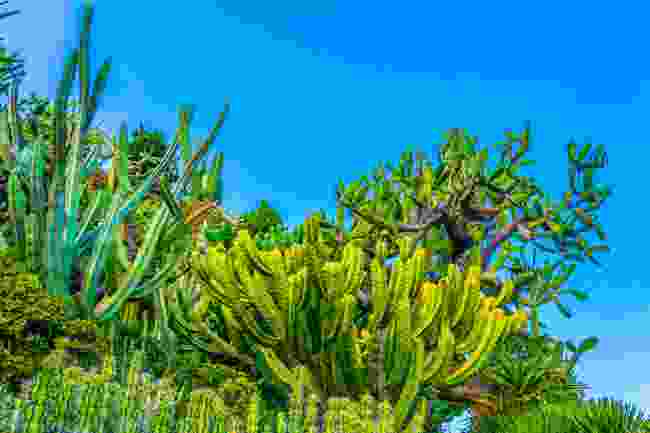 The Jardin Exotique de Monaco covers an area of around 15,000m2 (Shutterstock)

With 20% of Monaco covered in green spaces, there’s plenty of room to escape into the great outdoors. With the country planning to be carbon-neutral by 2050, and the availability of green transportation such as e-bikes, it is easy to explore the natural landscapes without harming them.

There are plenty of gardens to relax in, but don’t miss the Jardin Exotique de Monaco. Located on a cliffside overlooking Monaco’s coastline, its home to exotic plants and flowers, including hundreds of different-sized cacti and other succulents. The garden is currently undergoing a makeover and will re-open in 2022. 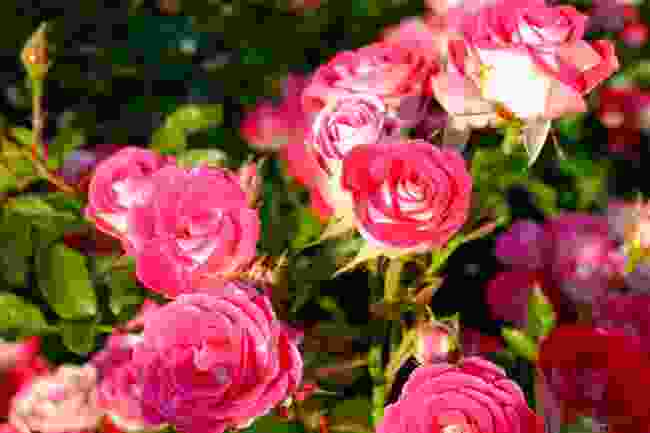 Also making for a scenic stroll is the Princess Grace Rose Garden. As its name suggests, the space is adorned with some 4,000 rosebushes alongside contemporary sculptures. The garden is part of the Fontvieille Park which features Mediterranean plants such as olive, pine and cypress trees, as well as more exotic species such as strelitzias, stenocarpus and araucarias, and also works of art.

Those after a longer walk should head to Cap d’Ail to climb to the top of the 550m Tête de Chien, or ‘The Dog’s Head’. From this rocky vantage point, you can enjoy views over the entire Principality. The perfect finale.

Book by 28 September 2021 to arrive in style with BA. You will get complimentary return helicopter transfers when you stay three nights or more in Monaco. Book now from £210pp.

For more inspiration and information about Monaco, head over to the official website or give them a call on 0207 318 10 90.