Hit the rails: Exploring Kanagawa in Japan by train

Tokyo's neighbouring prefecture is a thrilling mix of big-city lights, ancient sights and wilderness escapes – all just a train ride away... 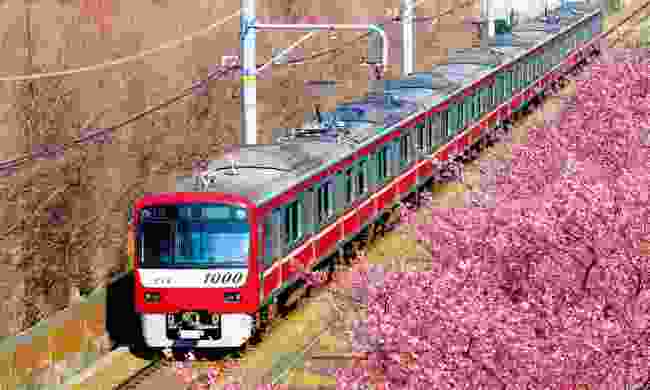 South of Tokyo, Kanagawa Prefecture skims Honshu’s southern coast to within sight of Mount Fuji. At its wildest fringes it’s a land of onsens (hot springs) and lush Tanzawa peaks, yet few venture further than the neon metropolis of Yokohama.

In between these two extremes lies a whole other world, just a train ride away from the capital. The Odakyu and Keikyu train lines filter past coastal fishing towns, remote sake breweries, mountaintop shrines and bustling morning markets – taking around 120 minutes by Odakyu and 60 minutes by Keikyu from Tokyo. So hit the rails to discover a different side of Japan… 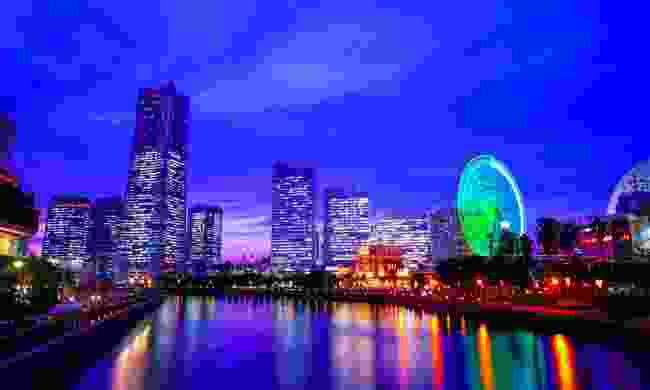 The port city of Yokohama is the gateway to Kanagawa. It was once at the centre of Japan’s opening up to the world, following the isolation of the Edo period (1603–1868). Earthquakes and war have seen much of it rebuilt since then, yet relics of its early days are still visible, such as the red-brick warehouses finding new life as shops and galleries

Come nightfall it’s a different story. The 69-floor Landmark Tower (296m) has the best views of a cityscape that wouldn’t look out of place in Blade Runner, especially when gazing over the spectacular neon-lit waterfront of Minato Mirai 21. 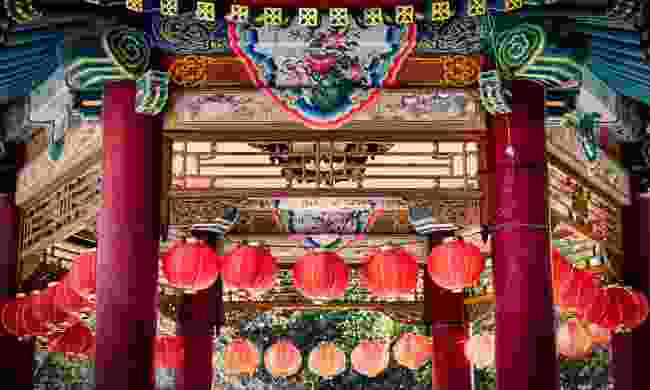 One of the many Gazebos in Yokahoma's Chinatown (Shutterstock)

The city’s bustling Chinatown (the largest in Japan) owes its size to the early Chinese traders who settled here; it’s a great spot to pick up a stuffed bao (bun) before a Keikyu Open Top Bus, to lend some background to the glittering lightshow.

Afterwards, hit the bar district of Noge, where nostalgia meets sake. This was once a thriving black market area under post-war US occupation. Today, it’s reborn as a labyrinth of dinky izakaya (pubs) and sultry jazz cafes. Stay until the small hours for a lively city finale. 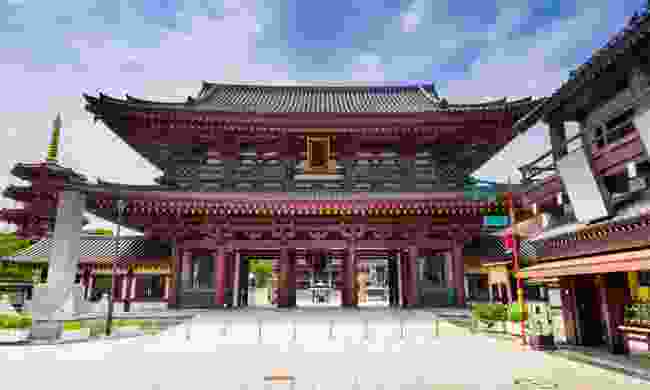 Around Yokohama, neon fades into tradition. In the city’s northern suburbs you’ll spy the Kawasaki Daishi Temple, where Buddhist monks perform the ‘rite of burning’ daily, singeing away earthly desires to the beat of a taiko drum.

Lining the approaching streets are rows of colourful stalls. Here, sweet-makers measure out long rolls of tontoko-ame candy, and tables prop up sightless daruma dolls (you paint one eye for something you want, and the other when you get it). 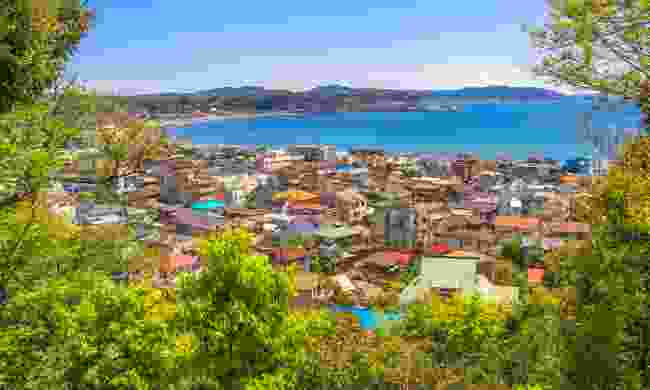 The coastal charms of Kamakura (Shutterstock)

South of Yokohama, the Keikyu train line drops into the Miura Peninsula, best known for the coastal charms of Kamakura, a painterly sweep of hillside temples and colourful beach shacks. But explore further and you’ll find some hidden gems.

Further south, it’s a quieter story as the line inches down to the tip of the peninsula and Miura itself. There, Sunday’s Misaki morning market sees traders hustle of over red-raw cuts of fish, spiny turban shells and trays of silvery niboshi (sardines). Grab a tuna bun then continue the tour across the street at the fish market, where, between the calls of the traders, breakfast bowls are dished up in the restaurant. 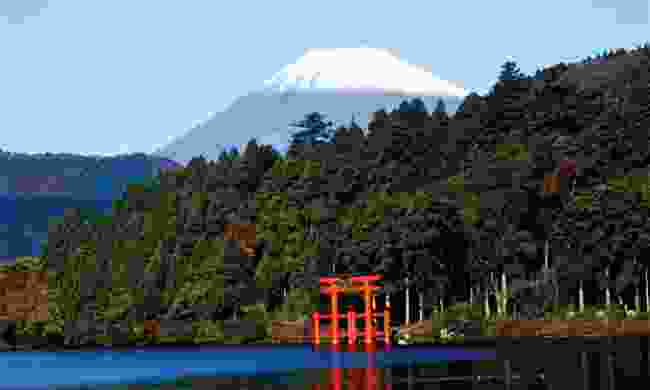 For a wilder experience, head to the wilderness of western Kanagawa. From Tokyo, it’s only 80 minutes on the Odakyu Romancecar to Hakone onsen, where many types of hot springs scatter the forested gorges.

At the area’s centre lies Lake Ashi, its fringes burnished with rustling maples. A ‘floating’ torii gate stands on the water’s edge, where Mount Fuji looms overhead for one of Japan’s great scenes, while a short walk away lies the serene 8th-century Hakone Shrine, nestled among legions of imperious cedars. 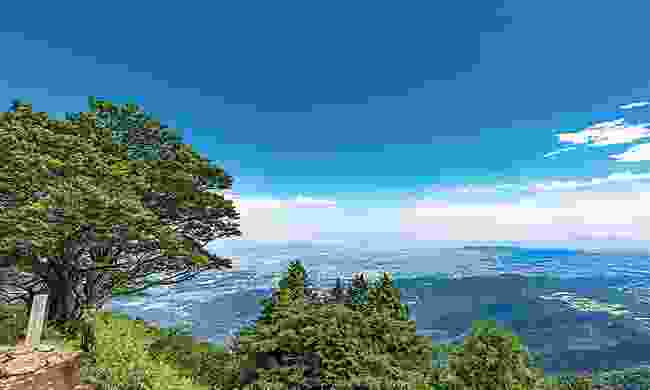 En route to Hakone lies Isehara, a gateway to the mountain town of Oyama. Base yourself at Tougakubou, a beautiful ryokan of just five rooms that serves a superb kaiseki (small plate) menu of homemade tofu.

Nearby Mount Oyama is a thrilling hike that peaks at 1,252m. The Oyama cable car takes you halfway to the Oyama Afuri Jinja (shrine). Stop there for a ginger ale at the Teahouse Sekison before hitting the steep forested trail (90 minutes) for views across to Mount Fuji. 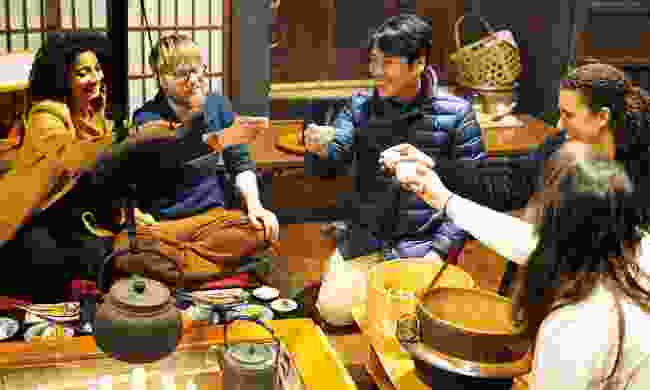 Go on a sake tour

Finish along the Odakyu Line in the city of Odawara, where an artisanal sake brewery tour sees you head into swaying paddy fields to test your palate across 15 types of sake. Pick your favourites for a dinner cooked over an irori fireplace in a 300-year-old thatched house, before a final nightcap at RYO Japanese Izakaya back in town. 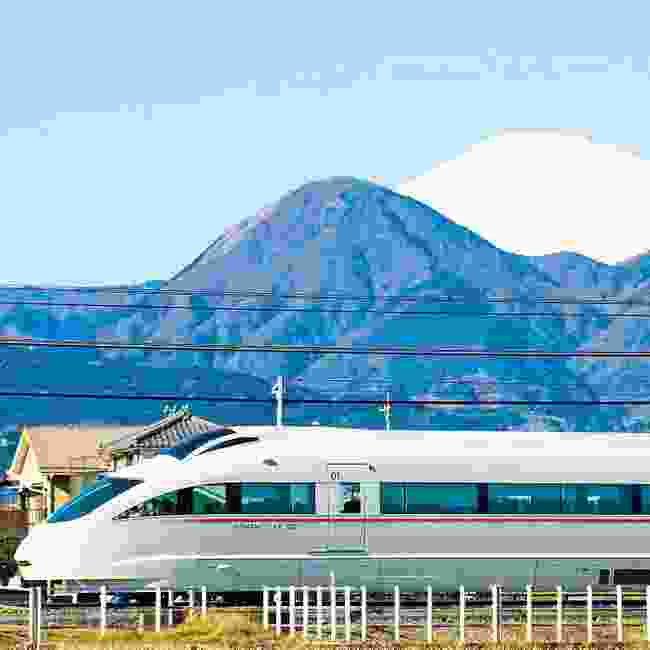 Book seats on the Limited Express Romancecar to reach Shinjuku, Tokyo and Hakone-Yumoto. Both the Tanzawa-Oyama Freepass and the Hakone Freepass offer great benefits, such as unlimited bus and train rides. Catch the Keikyu Line from Haneda airport to reach Yokohama, the Miura Peninsula and Shinagawa.

Click here for information on the Odakyu electric railway