Not content with being 100% carbon neutral, tour operator Intrepid Travel has announced plans to become climate positive next year – with the help of a rather unexpected ally...

For many of us, seaweed is merely the stuff that wraps your sushi roll, or gets tangled in your fins while snorkelling – but it’s actually a carbon-guzzling marine marvel. Like all plants, it performs a vital role in the Earth’s climate regulation process, pulling carbon dioxide out of the ocean and replacing it with oxygen. And kelp, the world’s fastest-growing plant, is thought to be the key to fighting global warming: a humble weed turned environmental superhero.

But over 95% of the world’s kelp forests have been lost to climate change – so scientists are now pioneering seaweed ‘farms’ in key locations all over the globe: vast marine permaculture projects that let kelp and its resident marine life thrive, and give the world’s climate system a much-needed boost. It takes true visionaries to champion such an ambitious project, but adventure specialist Intrepid Travel has pledged its full support – as well as AU$600,000 (£317,380) to kick-start Australia’s first seaweed-cultivation project. 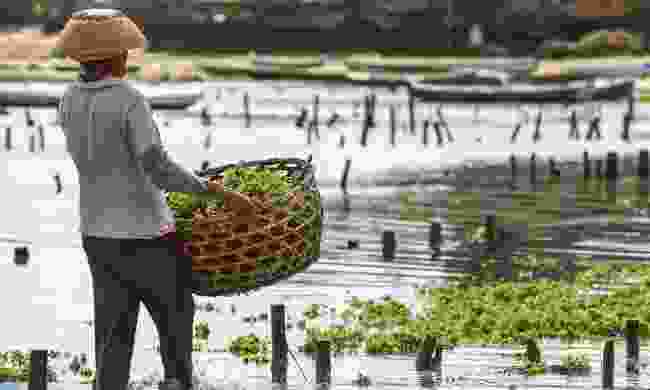 A seaweed farm in Bali (Shutterstock)

In April this year, The Intrepid Foundation – the operator’s not-for-profit organisation – raised AU$350,000 (£185,140) for the cause in just four months. Intrepid matched public donations dollar-for-dollar, partnering with US-based environmental campaigner The Climate Foundation, and also gave 40% of all profits from its Family trips to the charity – helping to preserve the environment for the next generation.

While Intrepid Travel has been carbon neutral for the last decade, it plans to become the world’s largest climate-positive travel company in 2020: by not only offsetting its emissions through purchasing carbon credits [see below for details], but by actually removing additional carbon dioxide from the atmosphere. “The global climate crisis is escalating, but ignoring the problem isn’t going to make it go away,” says Darrell Wade, co-Founder of Intrepid Travel “We need to act now. The good news is that there are solutions.” 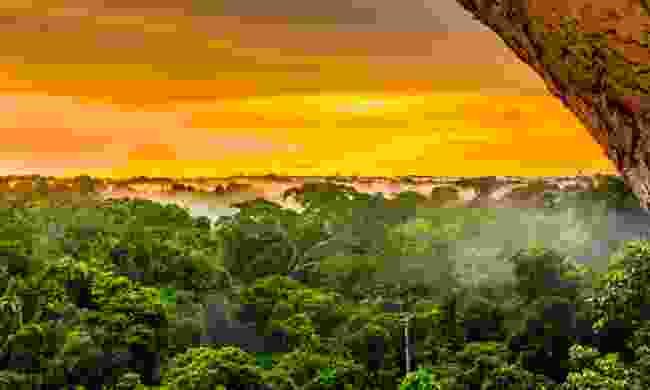 “Marine permaculture enables us to regenerate kelp forests that have been lost to climate disruption. These projects not only draw down carbon dioxide, they help to ensure marine biodiversity for generations to come”

From the initial fundraising drive, The Intrepid Foundation donated AU$100,000 (£52,900) to produce 2040, a documentary that demonstrates how new technology is being used to fight climate change. The film examines the impact of regenerative climate solutions such as marine permaculture: much-needed good news in the fight against global warming. To watch the documentary, visit whatsyour2040.com.

With the additional funds, scientists from the University of Tasmania embarked on a global mission to gather spores from giant kelp populations, to identify those that are more tolerant of warming waters. Now, they are breeding those specimen in the lab, and preparing them to be planted in key sites off the coast of Australia. 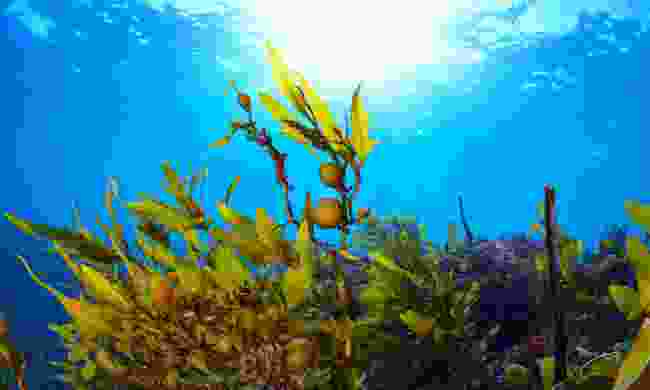 “The spores may be tiny right now, but the implications are massive,” says Leigh Barnes, Intrepid’s Chief Purpose Officer, who spearheads the company’s responsible travel initiatives. “This stage is crucial to enable the project to be scaled up – and plans for sustainable offshore platforms with giant kelp are well underway.”

Now, to continue the project's success, Intrepid has a new goal: to raise an additional AU $250,000 (£132,240) to push the project forward and trial marine permaculture systems in Tasmania’s Storm Bay. “It’s not just a step for the climate,” says Leigh; “it’s a step for sustainable, environmentally-positive aquaculture, local livelihoods and tourism.” The benefits of seaweed cultivation are limitless – and this is just the beginning. Make your donation today.

How does Intrepid Travel offset its carbon emissions? 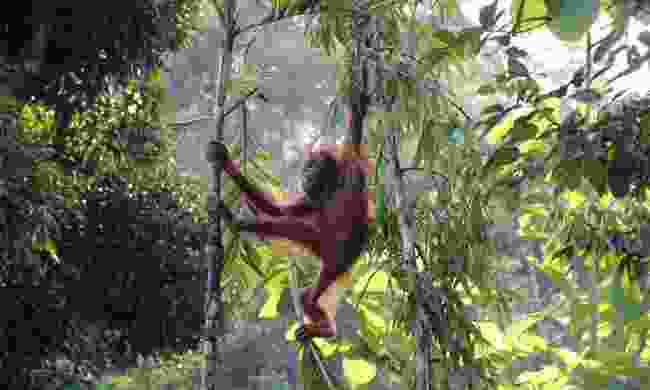 Intrepid Travel has been a carbon-neutral company since 2010, purchasing carbon credits associated with a range of renewable energy projects – such as wind power in India, forest conservation in Malawi, and rainforest restoration in Borneo.

To date, The Intrepid Foundation has offset more than 310,000 tonnes of carbon emissions, and raised over AUD $7.5 million (£3.97 million) for more than 125 charities around the world by matching public donations dollar-for-dollar.

Environmental superhero: 3 other ways that seaweed is great for our planet 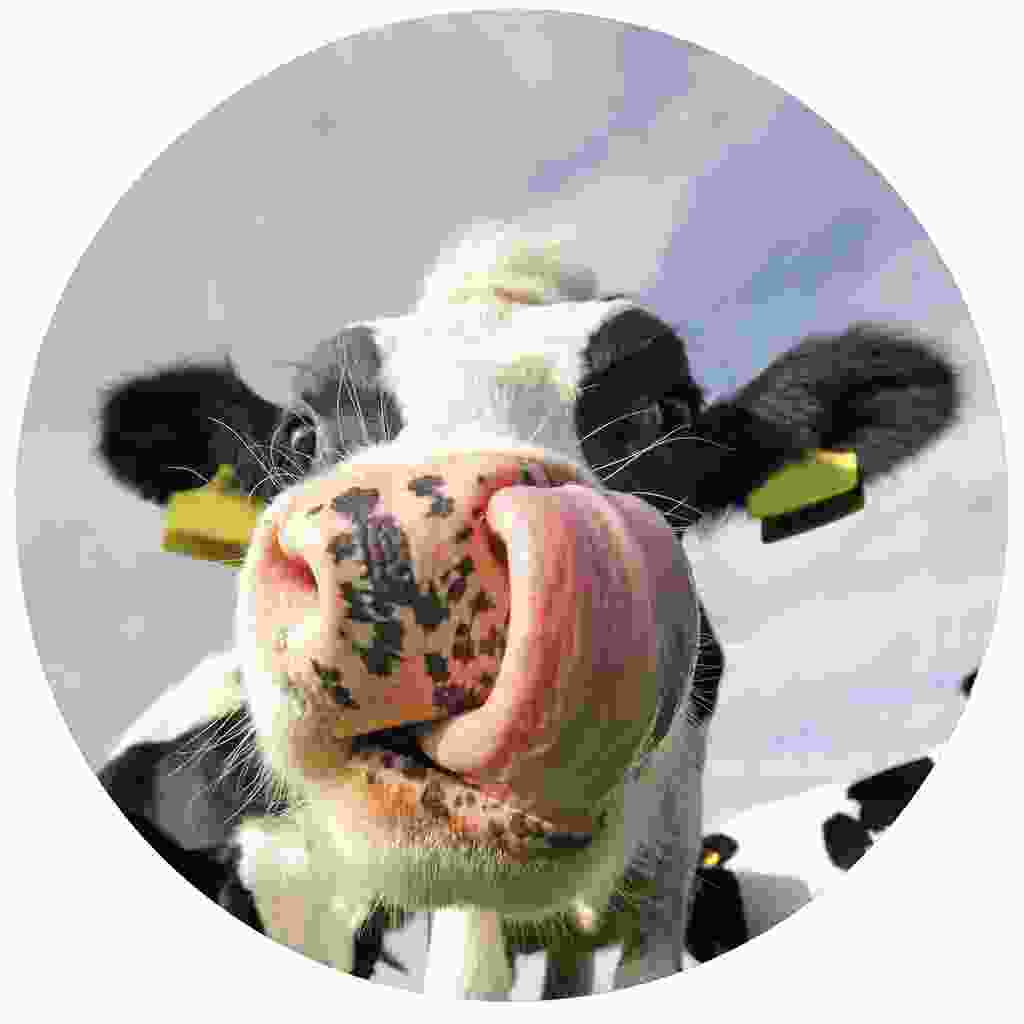 Sheep and cattle account for nearly 15% of human-driven greenhouse gas emissions around the world, but seaweed can help to lessen their impact. By supplementing livestock feed with less than 1% seaweed, scientists have demonstrated that livestock emissions can be reduced by 60%. Plans are underway to turn this into a global initiative. 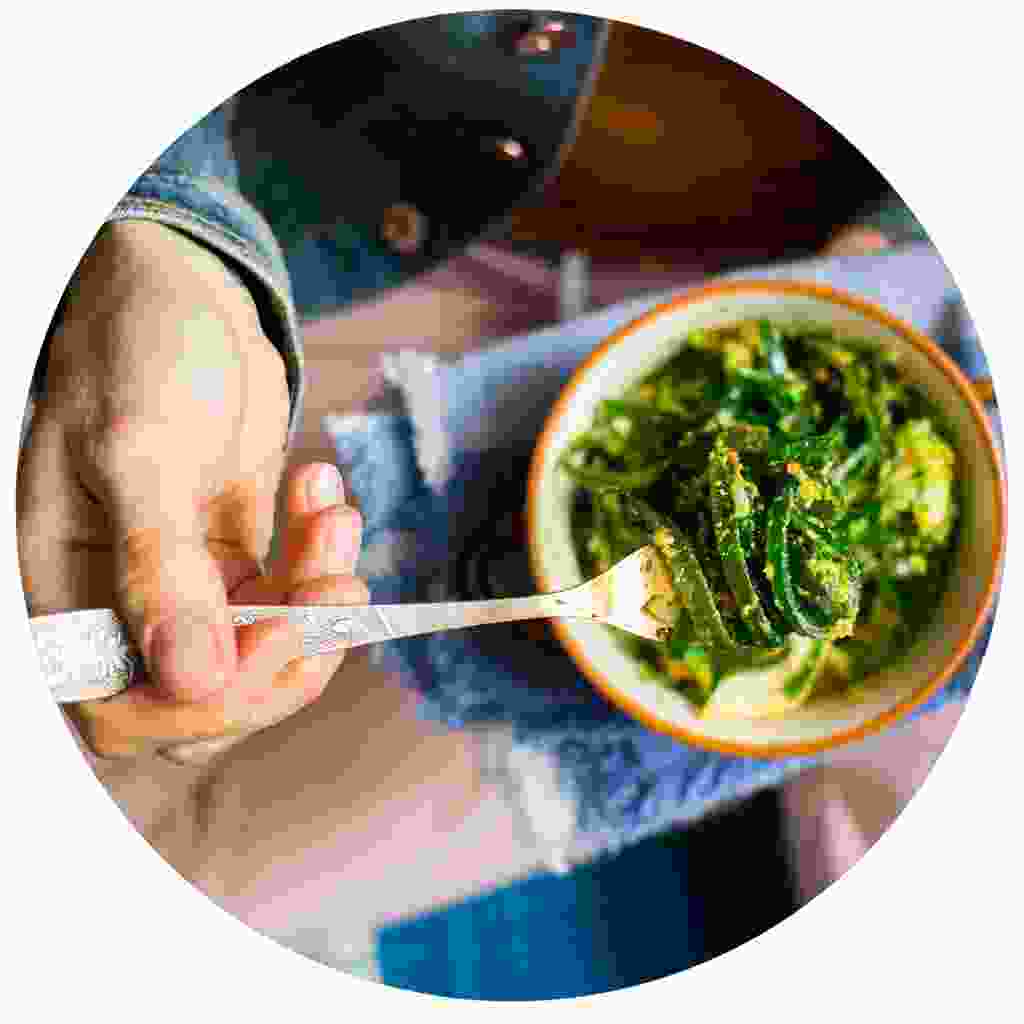 Seaweed can provide food for the masses with just a tiny ecological footprint: it grows quickly (up to 60 times faster than plants on land), and thrives on one of the very gases that is threatening our planet: carbon dioxide. As well as an ingredient in its own right, it is also used as an organic fertiliser, thanks to its naturally-forming minerals.

It's an economy booster 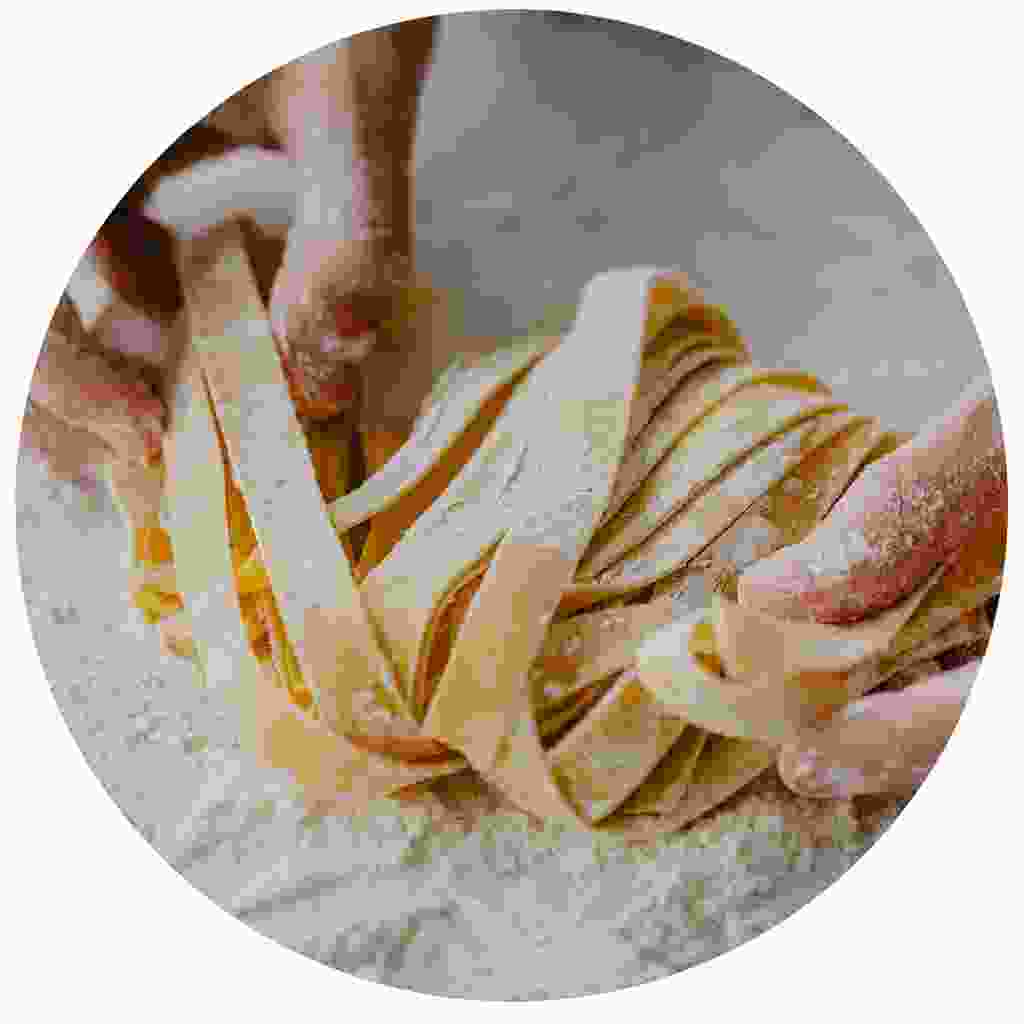 Carrageenan, a derivative of seaweed, is used as an emulsifying agent in everything from toothpaste and shampoo to pasta and ice cream all over the world – and it is also a popular vegan alternative to gelatin. For the communities who harvest it, seaweed is a vast source of income: the market is expected to be worth US$22.13 billion (£17.37 billion) by 2024.

For more information, visit intrepidtravel.com/regeneration-generation – and follow the campaign on social media with #WhatsYour2040 and #TheRegeneration.